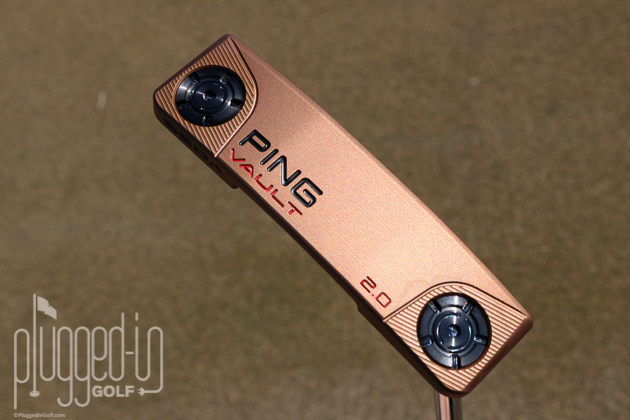 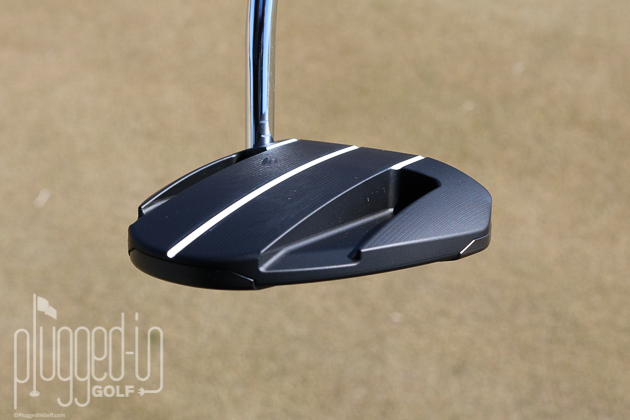 Last year, PING introduced a line of premium putters named for their legendary gold putter vault.  For 2018, that has evolved into Vault 2.0.  While the technological heart remains the same – PING’s True-Roll face – they’ve added new options on every other front. 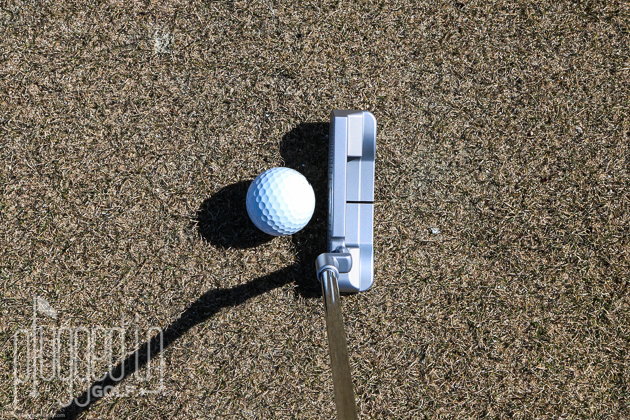 Offered in six different head shapes and three different finishes, there’s a lot of visual variety in the PING Vault 2.0 line.  With the exception of the Ketsch, the styles run toward PING’s traditional looks.  There’s a Dale Anser, Voss, B60, ZB, and Piper.  The pictures here show the Ketsch in Stealth, the Dale Anser in Platinum, and the Voss in Copper.

What stands out across all the head shapes is how premium the design and finish are.  The fine mill marks are the kind of thing that makes putter aficionados’ hearts race.  The branding is all very clean and modern.  Each finish has its own appeal, and I particularly like Copper.  It’s a unique look that stands out from the crowd.

As for my favorite head shape, the Voss has stolen the honor from the Anser.  The Ketsch is one of my favorite mallets, but I’m a traditionalist with putters.  This Dale Anser looks great with a more squared toe and heel.  What I’ve grown to love about the Voss, however, is the simplicity.  At address, the putter flows from the top line to the trailing edge, and the cavity is much smaller than the Anser – just large enough to frame the ball. 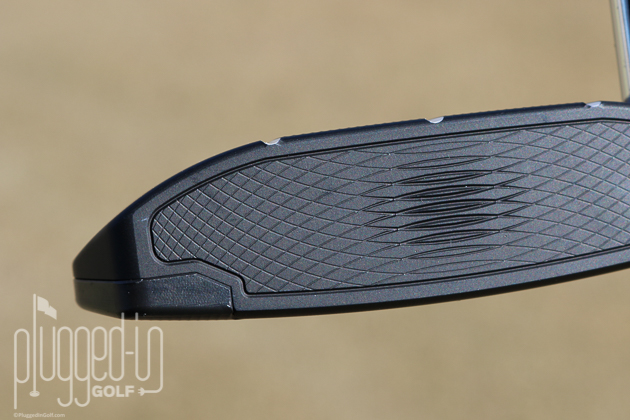 The feel of the Vault 2.0 putters is as premium as the look.  With each model, centered impact produces a soft “tock.”  The feel is more responsive than on the original Vault putters, which could be too soft if you played a low compression ball.

Off center putts sound very similar to pure strikes thanks to True-Roll.  With the blades, you can easily identify a mishit through your hands, but the high MOI of the Ketsch masks that feeling.  The feel of the putter will also change markedly depending on the grip you choose, which I’ll explain more below. 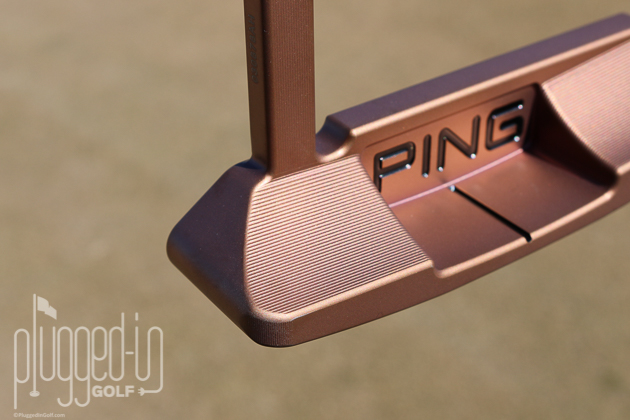 While beautiful aesthetics and great feel are nice, PING is, at heart, a golf company that’s about fitting and performance.  As such, they’ve given the Vault 2.0 putters a lot of performance options.

As with every PING putter of the last couple years, the headline feature is the True-Roll face.  In a nutshell, PING makes the grooves deeper in the center of the face and shallower on the edges.  The goal is to make the ball travel the same distance whether it’s hit perfectly or not.  It works, and I think it’s one of the club advances that translates most directly into lower scores.

One change from the original Vault putters to Vault 2.0 is the addition of interchangeable weights.  With the standard steel weights, the total head weights are 350 grams for the Anser, Voss, and ZB, 355 for the B60, 360 for the Piper, and 365 for the Ketsch.  This can be adjusted 15 grams up or down by swapping the steel weights for tungsten or aluminum, respectively.  15 grams can make a big difference, particularly for those that like a large or counterbalanced grip.  At the time of this writing, weight adjustments are only available through PING. 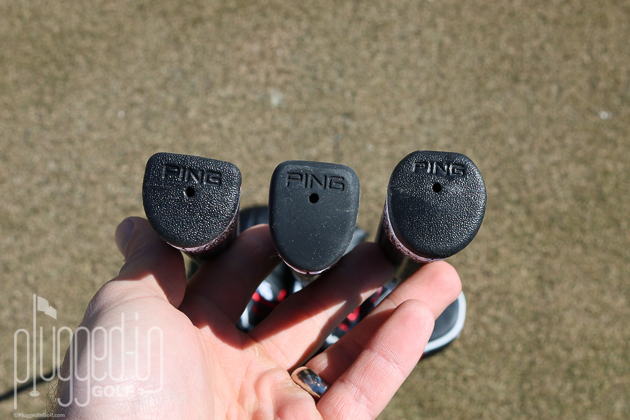 What’s not new is PING’s commitment to fitting every type of putting stroke.  Whether you have a strong arc, slight arc, or straight path, there’s a putter in the Vault 2.0 line for you.  The ZB is the putter for the strong arc player.  Those with a straight path can use either mallet.  Slight arc players – the majority of golfers – can get anything except the ZB.  And yes, you’re reading that correctly: PING makes the Piper and the Ketsch in both Straight and Slight Arc configurations.

Last but not least, PING is offering three different stock grips: the PP60, PP61, and PP62 (shown above from left to right).  The PP60 is lightweight and midsized with a pentagonal shape and a broad, flat “front.”  The PP61 is an “exaggerated pistol” shape with a rubber under-listing for softer feel.  The largest grip is the PP62, which is very round and has a foam under-listing to cut down its weight.

When I first laid hands on the different grips, I thought, “I could make any of these work, no big deal.”  Then I started putting with them and realized, “No, this is a very big deal.”  For me, the PP61 is the winner, hands down.  It puts noticeably more weight in your hands (a requirement for me) and the shape fits my grip better.  I can’t overemphasize how important it is to spend time with each grip and pick the right one for your putter. 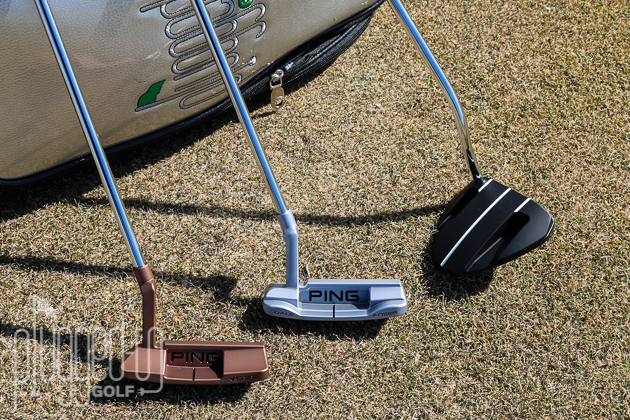 With the Vault 2.0 putters, PING has created a line up that can suit almost every golfer.  Regardless of what look you want or what stroke you make, there’s something here for you.  Best of all, every putter has True-Roll face technology which will help you avoid those dreaded 3-putts.