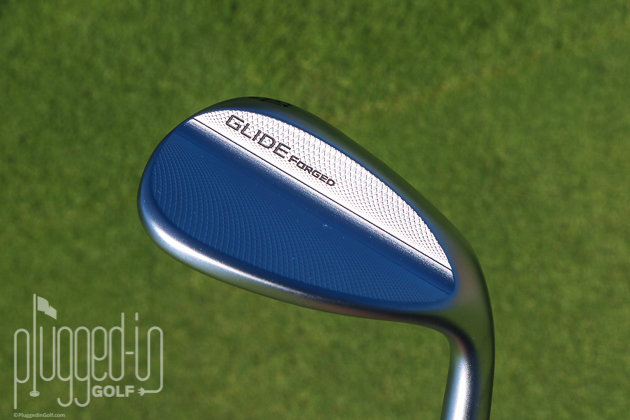 The PING Glide Forged wedge is the best-feeling wedge PING has ever made.  Sole designed for creativity around the greens.  Tons of spin. 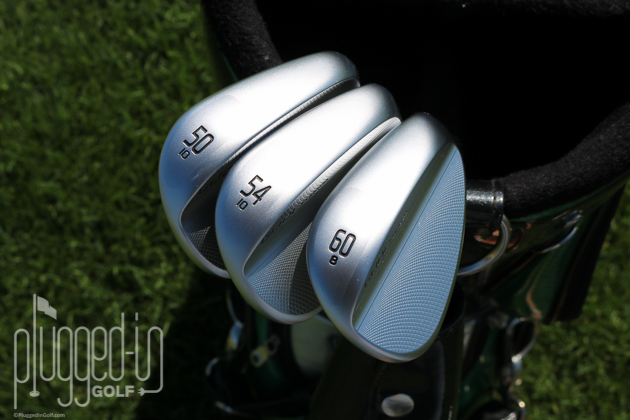 Given the success of the Glide 2.0 wedges, the release of the PING Glide Forged wedge came as a bit of a surprise.  After having tested it, however, it’s place in the PING line up became clear.  For the skilled player, or those that put a premium on feel, the Glide Forged will be a strong contender for a spot in the bag. 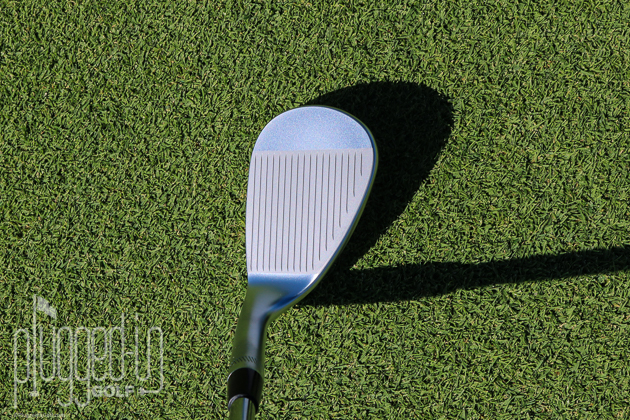 The better player appeal of the Glide Forged wedge starts with the looks.  It’s slightly smaller than the Glide 2.0 (below, Glide Forged on the right), and the hosel has a refined taper.  This wedge has a round shape with a slightly curved leading edge.

In the bag, the Glide Forged stands out with unique milling along the back of the club. 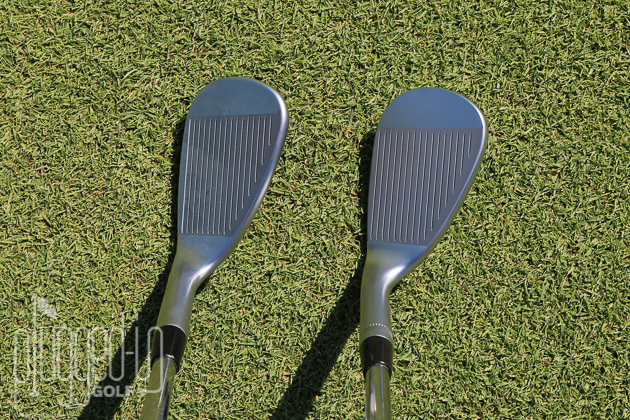 For those that want to make their Glide Forged wedge a bit more personal, PING is offering customization.  You can get graphics on the back of the wedge – boomerang shapes, Mr. PING, the American flag, or an Arizona desert landscape – or you can choose to stamp up to three letters. 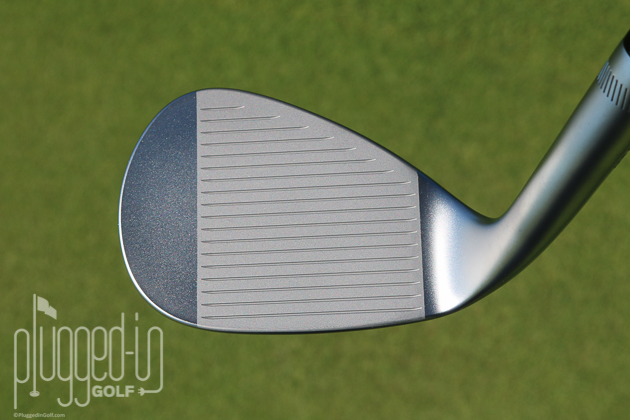 When you hit the center of the face, impact is barely noticeable.  Even range balls feel soft.  The sound is very quiet and low-pitched which enhances the soft feel. 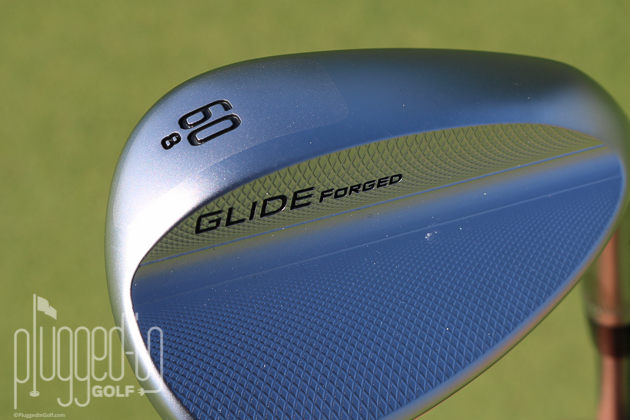 The Glide 2.0 wedge has been in my bag since it was released because it gives me everything I need: lots of spin, a sole that fits me, and some forgiveness.  I was eager to see if the Glide Forged wedge could step in and take its place.

One area where the Glide Forged shines is in spin creation.  From tight lies to thick rough to morning dew, the Glide Forged is at the very top of the spin rankings.  PING credits this to grooves with a sharper edge radius and their ability to create more friction with the ball.

The other thing that impressed me was the forgiveness.  At a glance, the Glide Forged looks like a standard muscle back wedge.  I expected that it would be since PING already has the Glide 2.0 – a forgiving, cavity-back wedge.  However, a closer look reveals a tungsten weight in the toe (see below, right) that creates more stability on mishits.  While the Glide 2.0 is still be the better choice for higher handicap players, you don’t need Tour-level ball striking to game the Glide Forged. 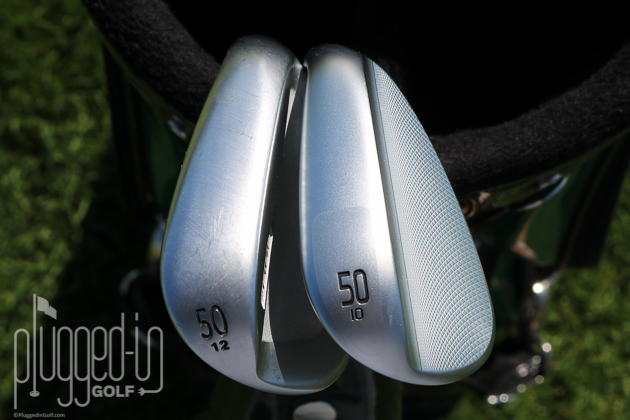 Unlike the Glide 2.0, which has four sole options, the Glide Forged has one sole.  PING describes the sole as being between the Thin Sole and Standard Sole of the Glide 2.0.  This sole offers increased versatility and shot making thanks to the cambered heel and toe.  The only drawback is that there isn’t as much forgiveness if you hit the turf before the ball. 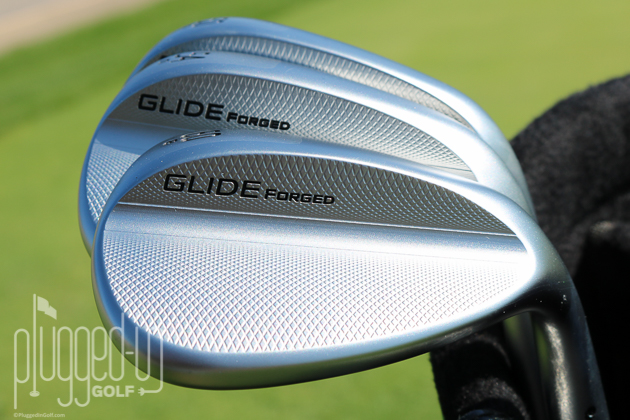 With the i210 irons and the Glide Forged wedges, PING has clearly put an emphasis on feel and appealing to the skilled player.  Both clubs are a huge success, pairing forgiveness, performance, and the subjective qualities that good players covet.  Expect to see a lot of Glide Forged wedges in play on Tour and at your local course. 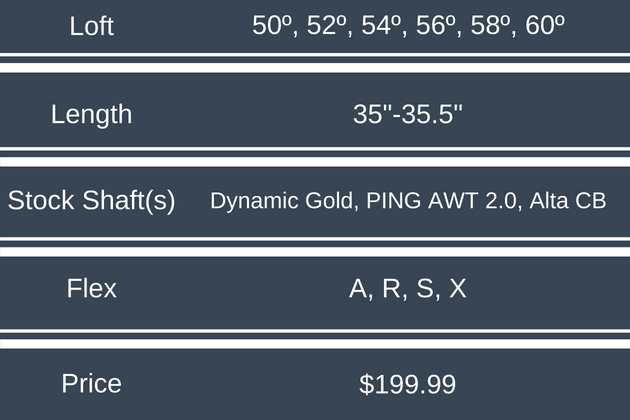