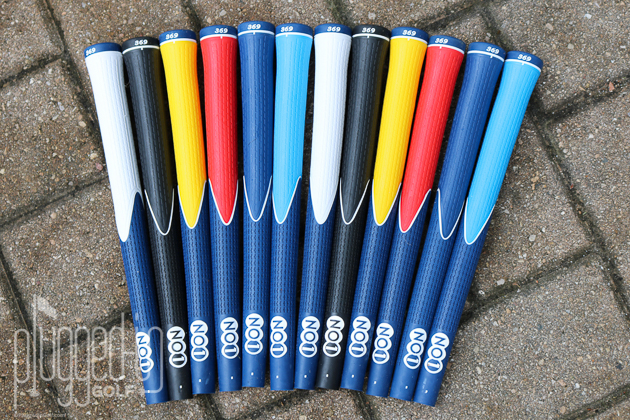 Many golfers look for ways to express their personality through their gear.  One of the easiest ways to do that is adding some color to your grips.  With NO1 Grips, you can get virtually every color of the rainbow, and their new UN Series allows you to add color without sacrificing high level performance. 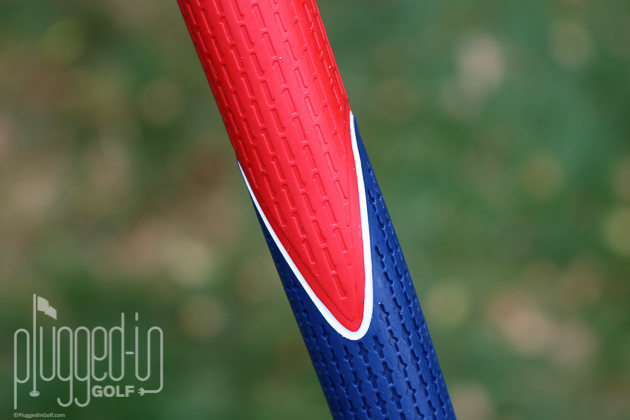 NO1 Grips are known for their bold colors, and the UN Series is no exception.  There are some traditional colorways – black and navy – but most of the grips have two colors.  You can see the red/blue, light blue/blue, yellow/blue, and white/blue colorways in the photos.  There are two other options – pink/blue and beige/pink – available in undersized.

The color is the story on these grips, because the branding is minimal.  There is a fairly small “NO1” logo on the butt cap and at the end of the grip, but the latter can be installed logo down for fewer distractions. 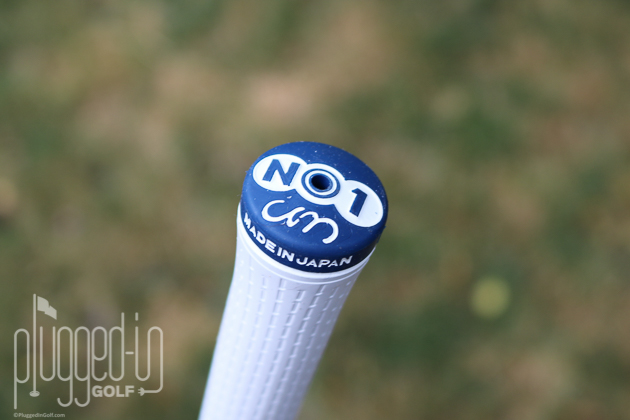 As someone who has played cord grips for many years, I was surprised at how immediately familiar the UN Series felt.  The tread pattern on these grips is wider and deeper than most, and my fingers read it as being very similar to cord.

NO1 states that the upper has a solid sticky feel and the lower is more “delicate” and softer.  The top section is tackier but the deeper tread in the lower section reads as firmer to my hands.

There is some cushioning throughout the grip – slightly more than your standard rubber grip.  It’s enough to ease the burden on your hands without making the grip feel like a pillow.

Want a firmer feel?  Check out the NO1 48 Pro Grip HERE 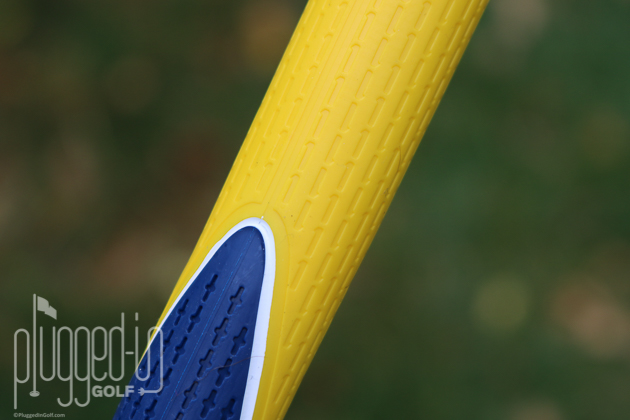 Because the UN Series grip felt so familiar to me, it got a rigorous test right from the start.  The first club I installed this grip on was a driver, and it held up perfectly to all-out swings.  There’s no torque or twisting in the grip, and the combination of tack and tread kept it solidly in my hands.

I found the combination of tack and tread equally useful on short wedge shots.  Because I was confident that the club wouldn’t slip, I could loosen my grip to play gentle touch shots around the green.

NO1’s UN Series is more expensive than your average grip, but it has very good durability.  Even after several long range sessions, the grip maintains its tack.  A quick wipe with a wet rag removes the dirt and makes it feel brand new.

The NO1 Grips UN Series grips are a bit lighter than many rubber grips.  The standard size is 50 grams, the undersized grips are 44 grams.  One disadvantage of the UN Series is that it’s not available in midsize.  Players with larger hands will need to build up their grips with extra tape. 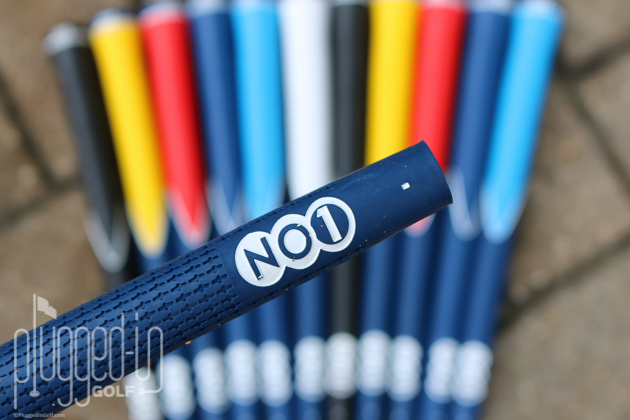 If you’re tired of black grips, or you’re just looking for a new feel in your hands, the NO1 Grips UN Series is worth exploring.  You’ll pay a little more for them, but they should outlast most standard rubber grips.