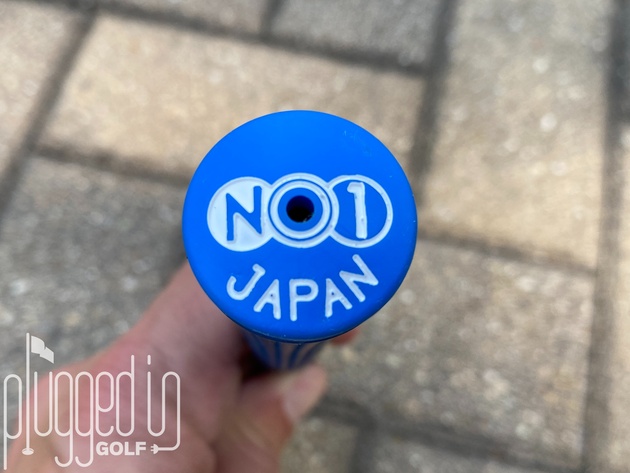 The NO1 48 Pro grip is the sequel to the popular 50 Pro.  Firmer than a standard NO1 grip.  Lots of tack and uniform deep dimple pattern.  Strong all around performer.

When you think of golf grips for high level players, you’re most likely coming up with the biggest names in the market, Golf Pride and Lamkin.  NO1 has created their Pro Series of grips to try to break into that group, offering firmer feel and all-weather performance.  I tested a set of the new 48 Pro grips to see how they stack up.

For a look at one of NO1’s softer grips, the UN Series, click HERE. 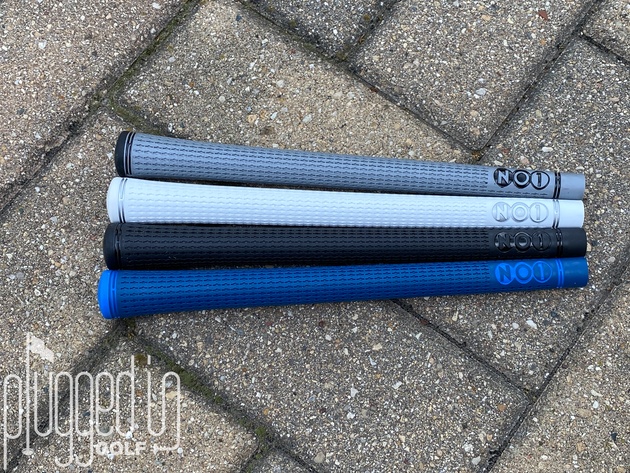 NO1 Grips are known for offering a multitude of bright colors, but the 48 Pro is keeping it traditional – at least to start.  For its initial launch, it’s coming in four colors – grey, white, black, and blue.

The NO1 48 Pro grip is monochromatic except for the butt cap and the logo.  You can install the grip logo down for a cleaner look at address.  There’s also just one texture to the grip, which makes it very easy for your eyes – and hands – to take it. 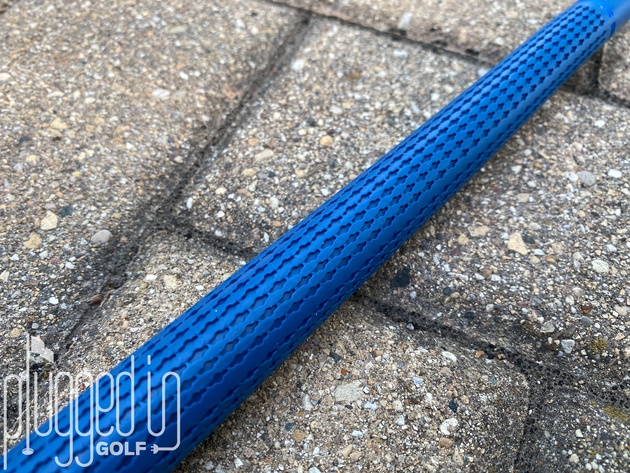 The NO1 Pro Series’ raison d’etre is firmer feel.  NO1 states that these grips are 30% firmer than their standard offerings.  While that may be true, I still find these elastomer grips to be very comfortable.  To me, they’re just to the soft side on the overall grip spectrum.

48 Pro grips also have “deep traction dimples.”   This should be immediately familiar and comfortable to anyone who has played a Tour Velvet.  Where they diverge significantly from that feel is with their tack.  NO1 prides itself on being one of the tackiest grips available, and the 48 Pro is no exception. 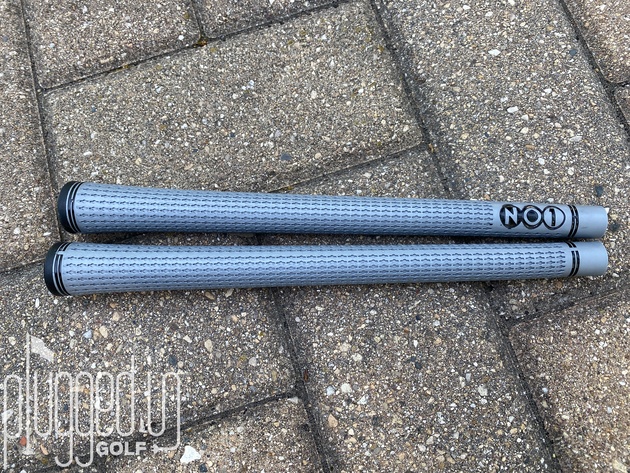 The NO1 48 Pro grip was brought into the line following the success of the 50 Pro.  Both grips feature a firmer texture, but the 48 Pro is standard size and 48 grams instead of +1/64″ and 50 grams.  This is a fairly light grip, making it a great choice for players that want a slightly heavier swing weight.

While the 48 Pro doesn’t have any visible technology, the magic is in the material.  NO1 uses an elastomer compound rather than rubber.  Per NO1, this offers golfers better performance because it doesn’t absorb moisture, and it feels consistent in all temperatures.  They also claim a longer life span without hardening or cracking.

For me, the high level of tack combined with the deep dimples and elastomer compound made it a strong performer in all conditions.  Wet or dry, it felt the same and gave me a solid connection to the club.  I normally play cord grips, but I felt confident with the traction I got from the NO1 48 Pro.

It is worth noting that this sentiment is not universal.  We used the NO1 48 Pro for some Golf Myths Unplugged testing, and two testers complained about the feel.  They felt that the grip became “slimy” when their hands were sweaty.  Other testers thought those two were crazy, noting the high level of tack, but they were adamant that they could not maintain a firm hold on the club.  As with any piece of equipment, opinions and performance will vary from player to player.

Finally, one of the biggest selling points for NO1 grips is the quality and consistency.  The 20 grips that I tested were all within NO1’s tolerances of +/- 1 gram.  Less variance in grip weight means that your swing weights won’t change when you regrip your clubs.  For players with sensitive hands, this can be a very big deal. 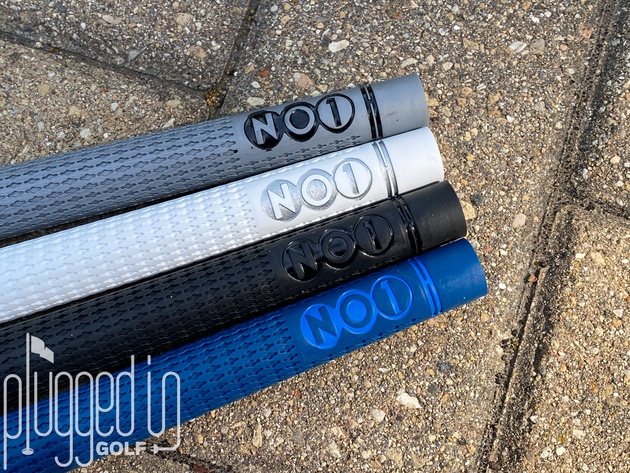 The NO1 48 Pro grip fills a gap in the market by providing strong traction and firm feel without beating up your hands.  NO1’s elastomer compound has a long lifespan which makes the slightly higher price of these grips a worthwhile investment.