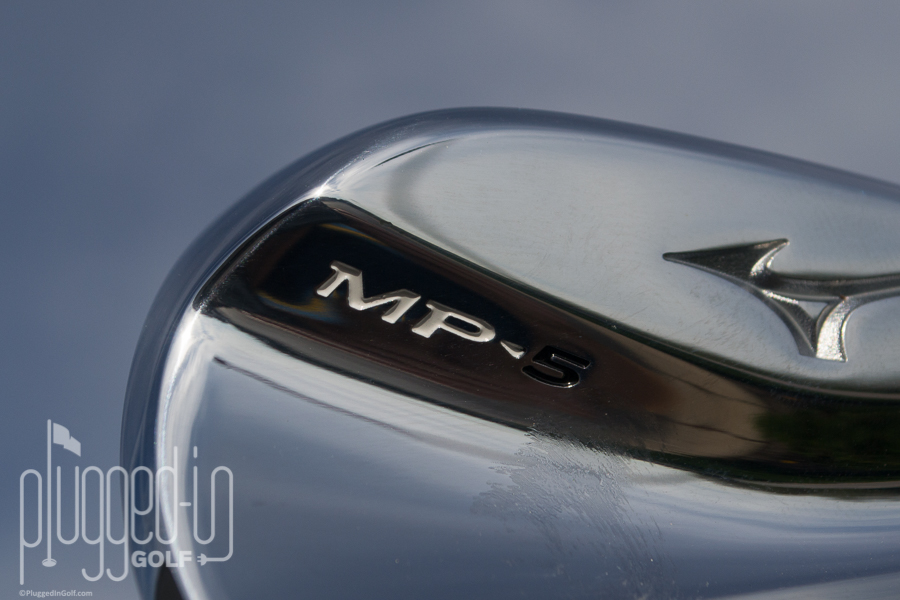 The Mizuno MP-5 irons have the classic looks and performance that better players crave, but will be tough for anyone with a handicap higher than 4. 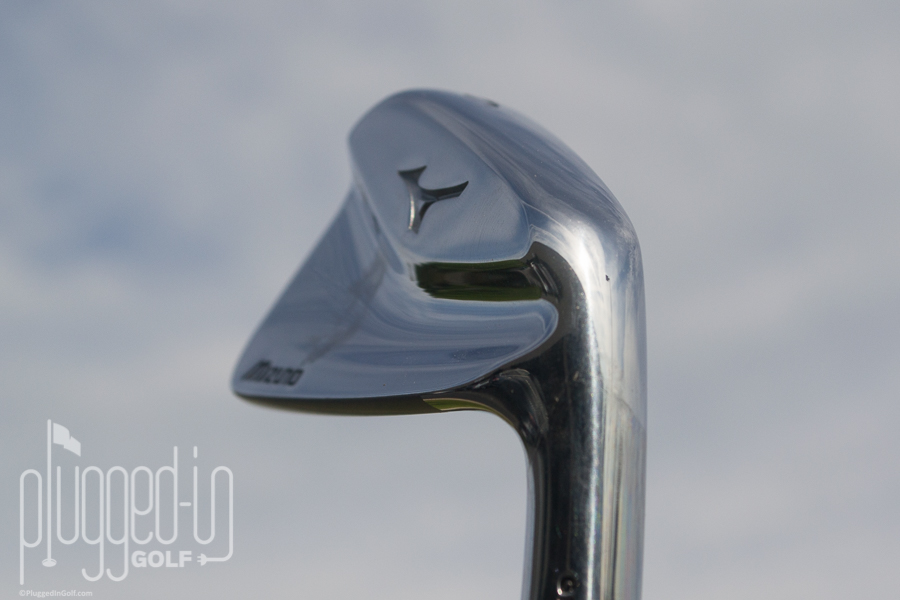 It’s well known that Mizuno is regarded as one of the best iron makers in the game with consistent delivery of traditional, eloquent looks and exceptional feel.  The Mizuno MP-5 was introduced to give players the looks and feel of a muscle back with similar forgiveness of a forged cavity back.  What Mizuno delivered was a simple looking blade that takes a high-end game to play well. 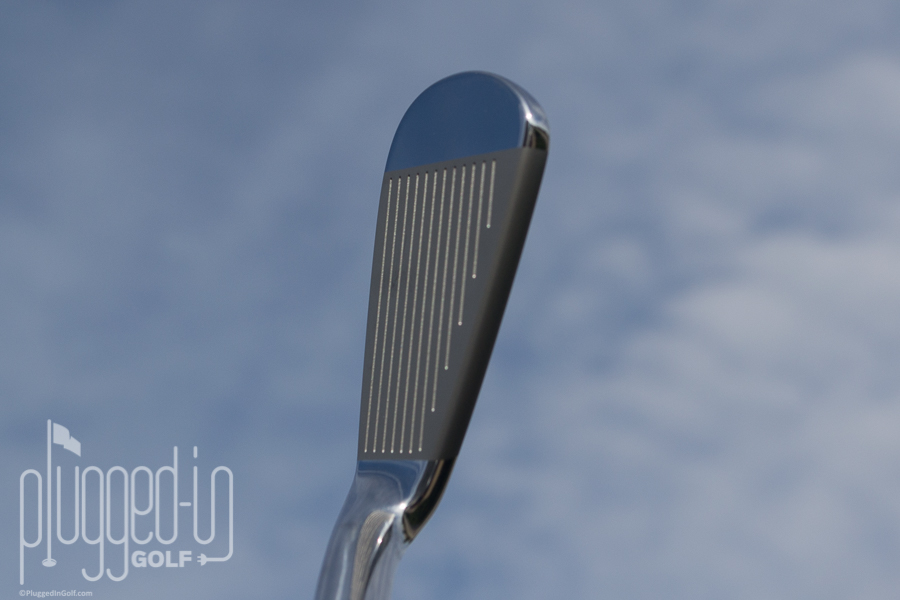 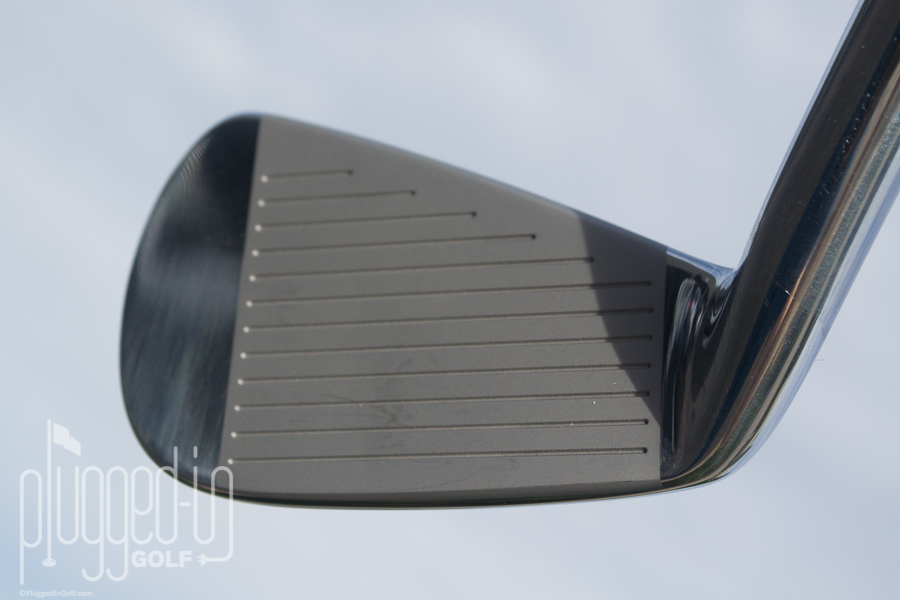 Throughout my research on the Mizuno MP-5, I read multiple critiques saying the MP-5 was too bulky and didn’t look as good as previous blades from Mizuno over the years.  My personal thoughts are that the MP-5 is a really good looking blade and would look slick in just about any golf bag.  The chrome finish with simple Mizuno branding is actually fairly captivating and the channel back doesn’t look too bulky.  From address, the topline is thin, the offset is minimal, and the head is compact.  Overall, the Mizuno MP-5 is a basic golf club, but looks elegant and classic. 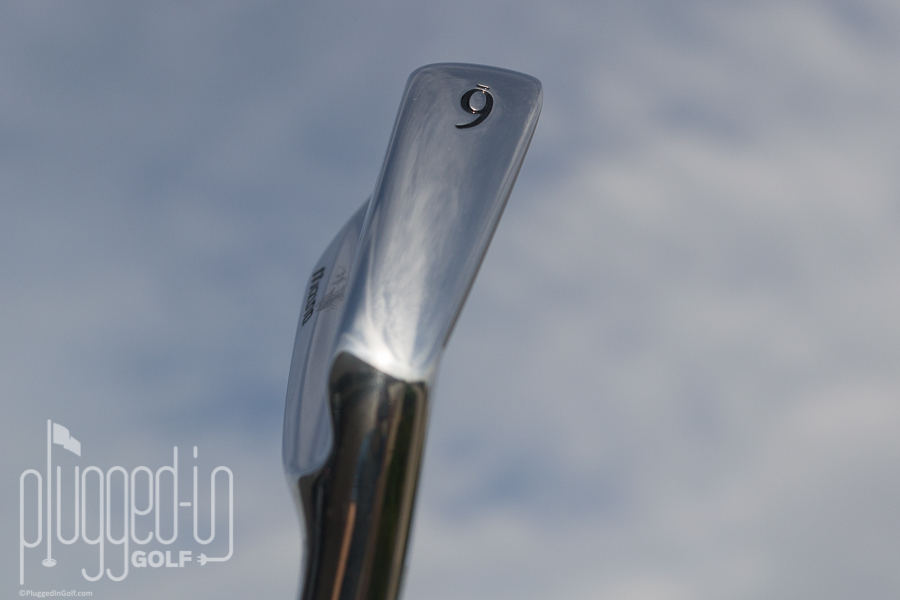 At impact, the Mizuno MP-5 irons have a solid sound that falls somewhere between a “thump” and a “snap.”  The thump comes from the turf interaction and the snap comes from the actual contact of the ball on the center of the face.  Off-center shots sound like dead pops and you know right away when you miss.

In the hands, the MP-5 feels just as anyone would expect from a Mizuno blade.  Shots off the sweet spot are some of the best you will hit, however, mishits in either direction on the face will result in a sharp sting with immediate feedback telling you not to have high expectations for where your shot ends up. 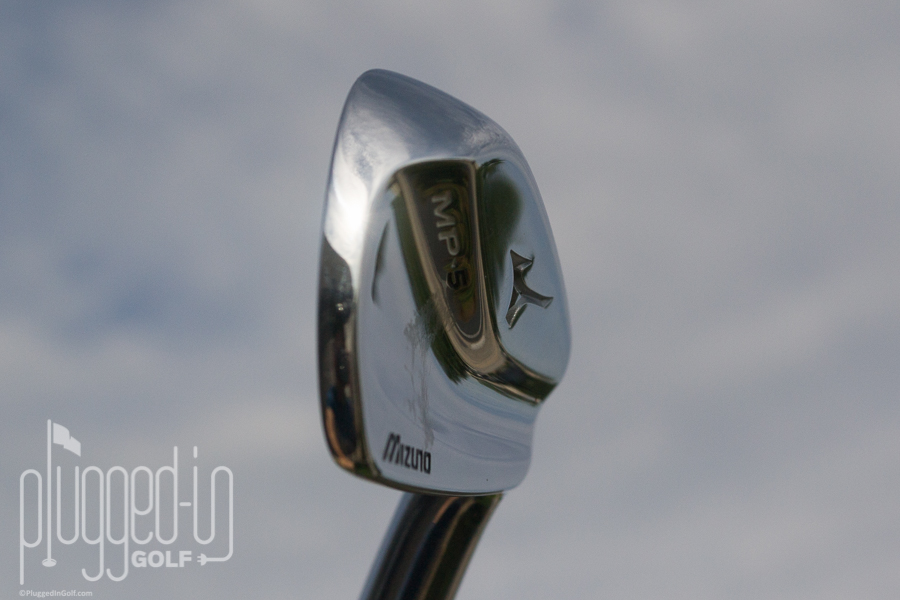 It’s important to remember that the Mizuno MP-5 is a simple shot-making club geared toward elite players.  If you are someone looking for a club with good feel that allows you to execute the playability, control, and consistency you’re already capable of, then the MP-5 is going to be a good blade option.  Simply put, if you can hit the sweet spot nearly perfectly each time, then you will be fine with the MP-5.

If you’re a player looking for more distance and forgiveness out of a blade, the MP-5 is not a good fit for you.  While Mizuno says on their website that the MP-5 is geared toward 0-5 handicaps, I think it’s most likely that players that are 3 handicaps and lower are going to have the best shot at being able to comfortably play this club. 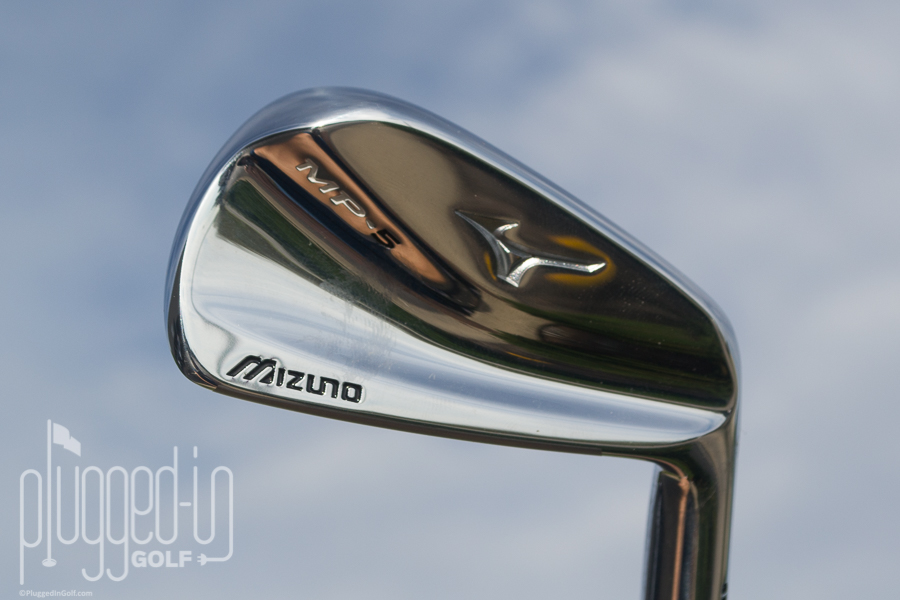 I would have to tell you that I’m pretty torn on the Mizuno MP-5 irons.  I can’t lie to you and tell you that the good shots didn’t feel really good, but the problem was that it was very hard to hit those good shots.  While I’m not a scratch golfer, I’ve been playing different blades for years, including Mizunos, so the transition into these irons shouldn’t have been that difficult for me.  Overall, I think the MP-5 is a great looking iron and will be a fine stick for the exceptional player, but these irons are not an introductory blade set nor a forgiving player’s club.