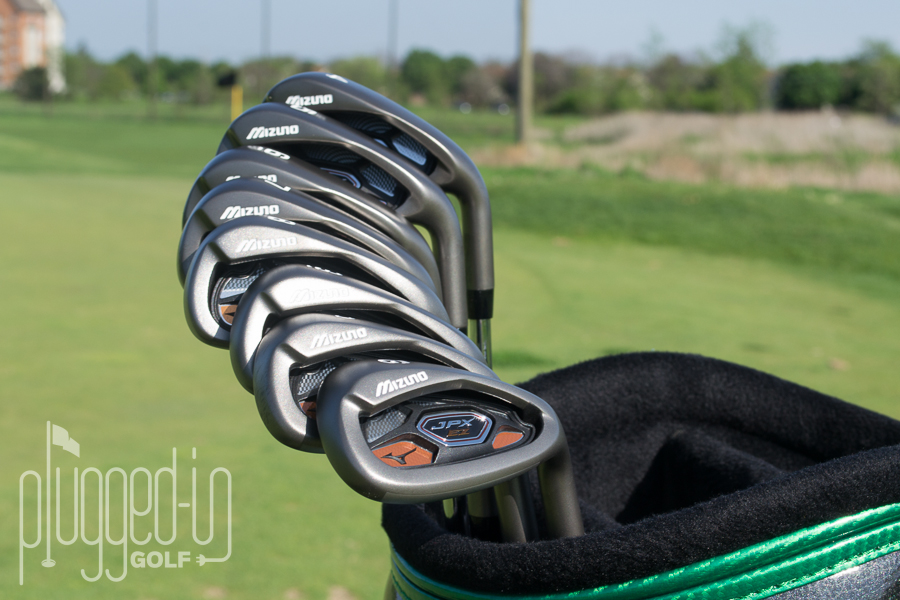 The Mizuno JPX-EZ is Mizuno’s version of super game improvement irons.  Looks and feel will disappoint “old school” Mizuno players, but the performance is undeniable.

For most golfers, the name “Mizuno” conjures up thoughts of beautiful forged blades with buttery soft feel.  While Mizuno does still make irons in that mold, they’ve been trying to broaden their appeal over the last few seasons with the JPX line.  Their latest offering, the JPX-EZ, boasts “the largest sweet spot in golf.”  Is this truly a Mizuno for the weekend warrior?  Let’s find out. 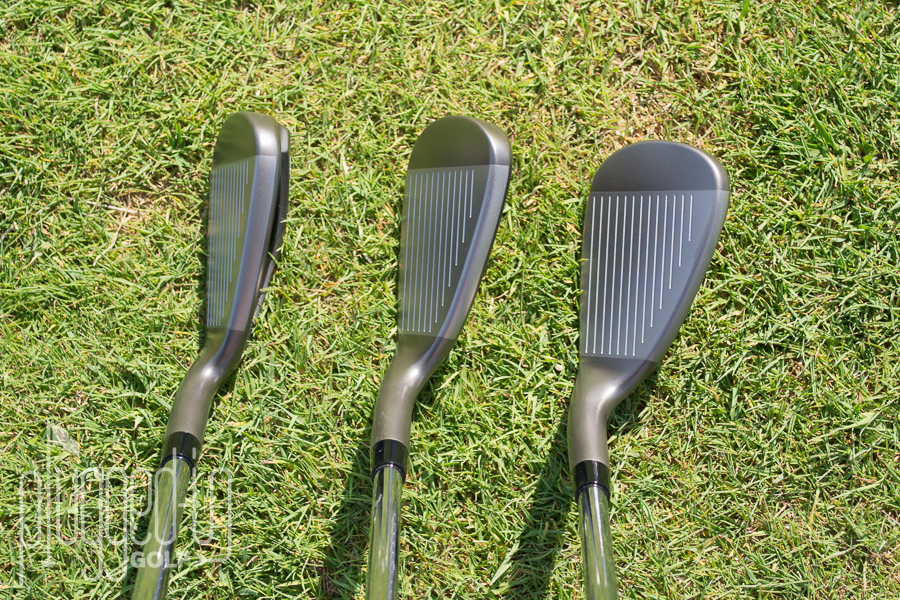 This isn’t your daddy’s Mizuno.  Whether that’s a good thing or not is going to be a matter of personal taste.
The JPX-EZ is B-I-G, BIG, like, PING G-series big.  Thick top line, huge sole, and lots and lots of offset.  Like I said, it’s not your daddy’s Mizuno.
Beyond the size, the Halloween color scheme is…unique.  It certainly makes the club stand out a bit, but it’s not the kind of thing you’d expect from Mizuno.  In the past, even Mizuno’s game improvement clubs have stuck to the traditional black and blue color scheme.  Ultimately, cavity decorations shouldn’t determine what clubs you buy, so it’s not a deal breaker whether you like it or not. 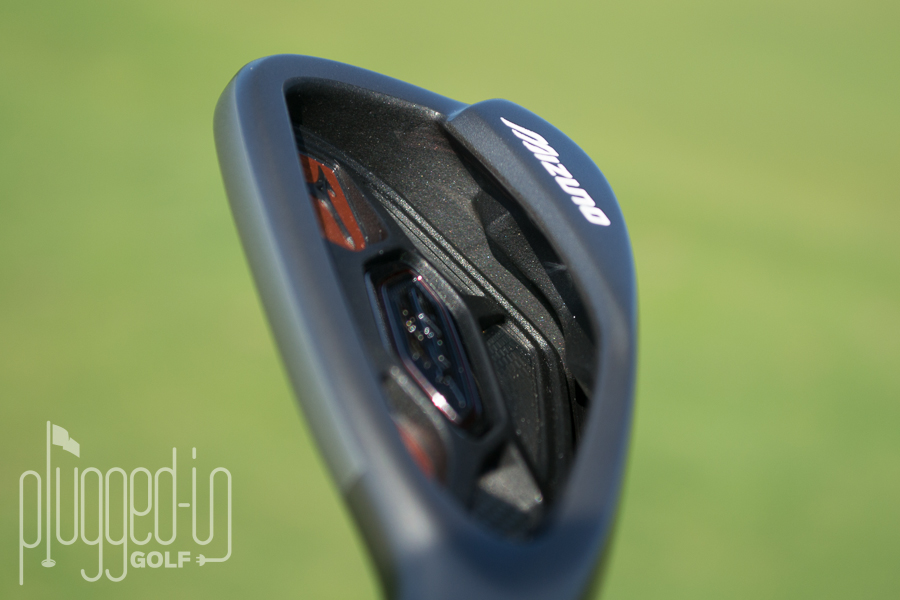 Having been a Mizuno player for many years in the past, I have a pretty strong notion of what a Mizuno iron should feel like: soft, buttery feel on center with pin point feedback.  The JPX-EZ isn’t that.  These irons produce a fairly firm, fairly loud “click” at impact.  In keeping with the game improvement theme, they also cover up the majority of the feedback.  As always, this is a two-way street: there’s no sting in your hands or damage to your confidence when you miss, but there’s also not a clear signal that says, “Stop doing that.” 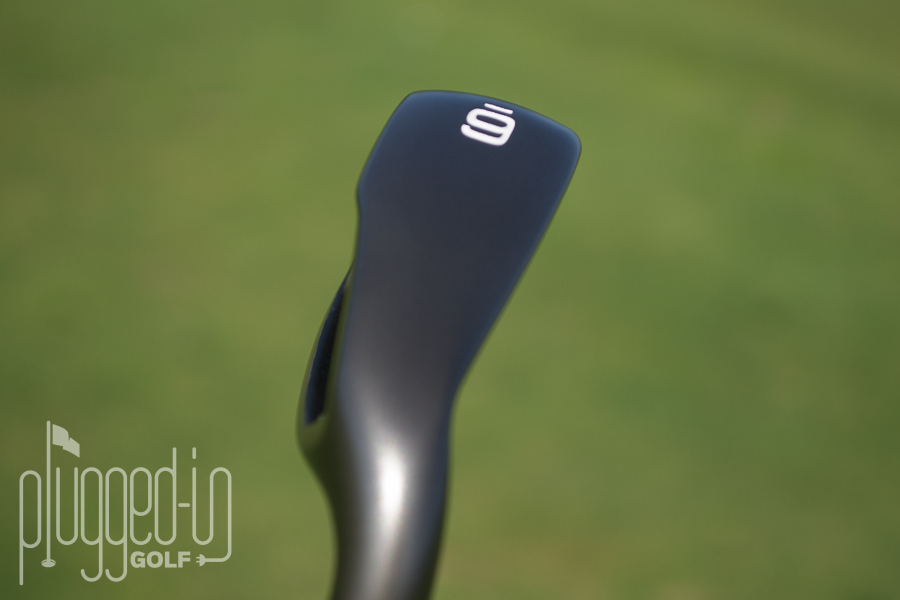 Let’s start with the headline claim, “the largest sweet spot in golf.”  Mizuno’s website goes so far as to call out specific irons from other OEMs and state exactly how much larger their sweet spot is (check that out HERE).  Does this “larger sweet spot” (a term Mizuno does define, they say it’s based on MOI) translate to being easier to hit?  While I can’t say that it’s noticeably more forgiving than, say, a PING Karsten iron or the TaylorMade SpeedBlades, it is clearly in that discussion.  The bottom line is this: if you can’t hit the Mizuno JPX-EZ, you should switch sports.
Beyond being easy to hit, the JPX-EZ is stupid long.  I wasn’t really expecting this because the lofts aren’t super strong (at least compared to other SGI irons), and it doesn’t have any “visible technology”.  All the same, the JPX-EZ puts the ball out there with some of the longest irons of the year.
All in all, the Mizuno JPX-EZ does everything a super game improvement iron should: it makes golf easier and more fun.  When you take these to the course, you feel like you can aim at flag sticks without any concern for hazards or high scores. 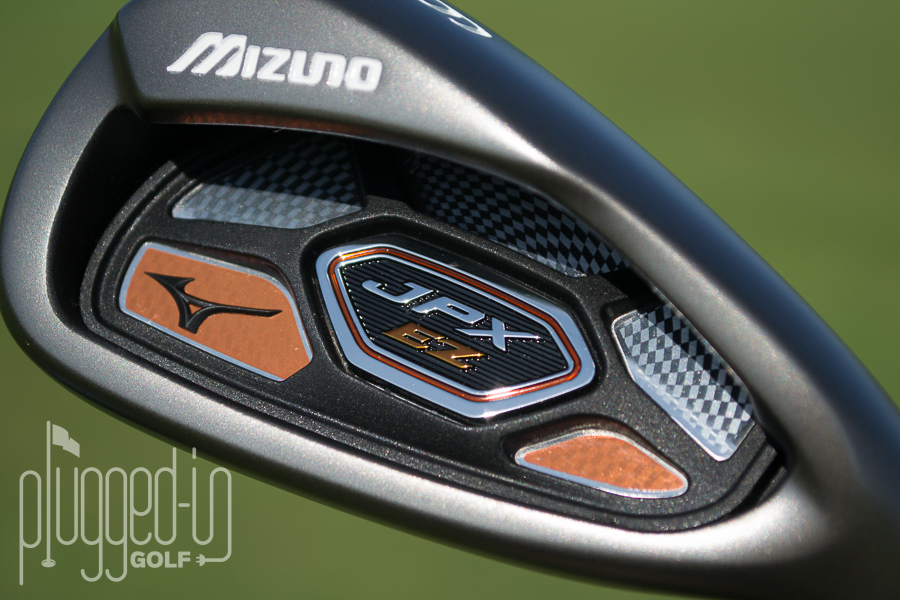 Mizuno may be one of the last names you think of when you think “super game improvement,” but the JPX EZ irons seek to change that.  They are as easy to hit as this year’s most forgiving irons and just as long as the irons with mouthfuls of visible technology.  While they lack the feel and aesthetic appeal of the classic Mizunos, there’s no doubt that these clubs will make the game more fun for a lot of recreational players.

The stock shaft options are the True Temper XP 105 (steel) or the Fujikura Orochi (graphite).