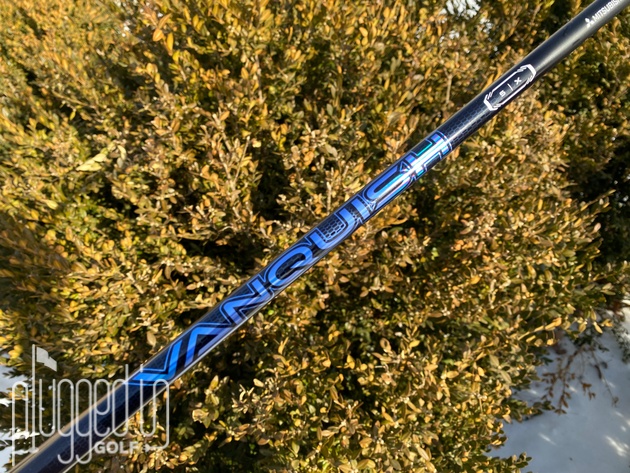 The Mitsubishi Vanquish shaft is a new lightweight offering with solid feel.  Killer graphics.  An easy way to add speed and distance. 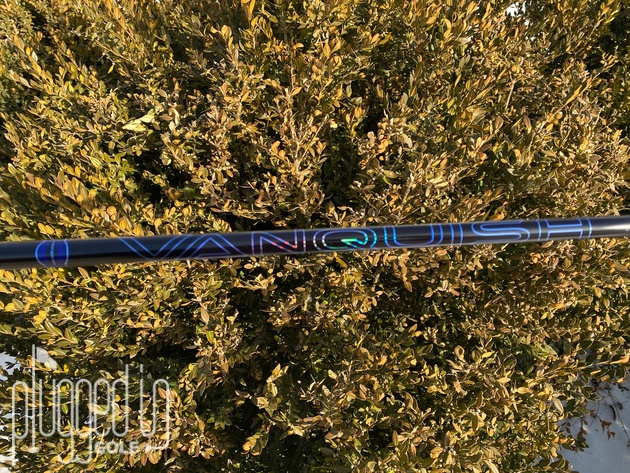 Like most golfers, I want to hit my driver farther.  This has led me to try all kinds of things including light weight shafts.  But to this point, I’ve never gone below 60 grams.  That may be changing with the new Mitsubishi Vanquish.  This new lightweight offering, the successor to the Bassara [review HERE], is loaded with tech and has more stability than I’ve ever felt at this weight. 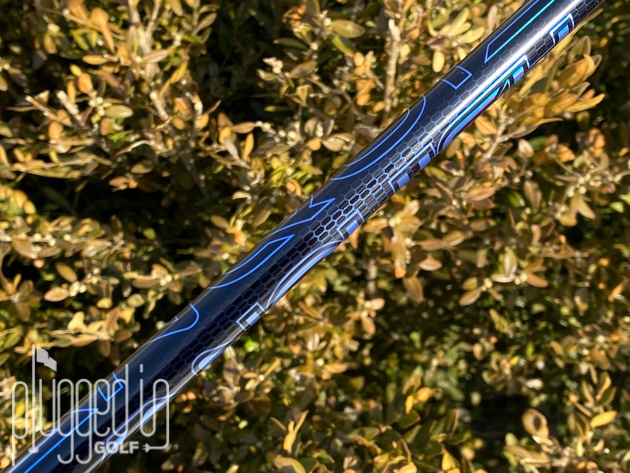 The Mitsubishi Vanquish was one of the rare shafts I didn’t see before getting it in hand.  I’m glad I didn’t because it allowed me to have the full “Wow!” experience of seeing it in person first.

To say that the Vanquish has a black base color really misses the mark.  What starts as a gloss black at the handle shifts to matte black. Additionally, there’s a hexagonal pattern on the “logo up” side. 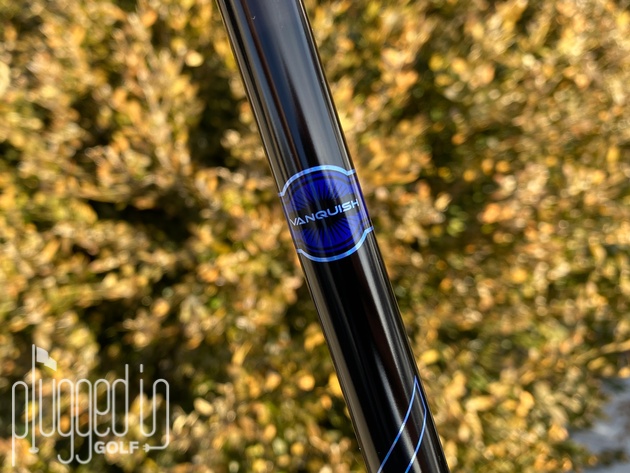 Speaking of which, the Vanquish doesn’t have a traditional “logo up” side.  One side does have more graphics, but both sides are packed with visual interest.  On one side, you get a smaller Vanquish logo in an iridescent grey/blue color that I don’t think I’ve ever seen before.  That’s where you also get the shaft’s specs and the Mitsubishi Chemical logo.  On the other side, the Vanquish logo is larger, but it’s just outlined in that aforementioned iridescent shade.  It’s much more subtle this way for players who don’t want much distraction at address. 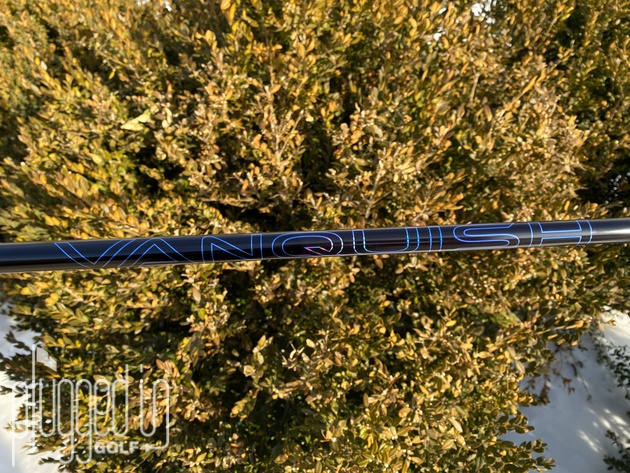 Like most golfers, when I think of lightweight shafts, I think of more active feel.  The Mitsubishi Vanquish takes those preconceived notions and shoves them in the trash.  More than anything else, the feel of the Vanquish is solid and true-to-flex.  The tip does not have a soft, high torque feel, even when you really stand on it.

If forced, I would say that the Vanquish has a mid-kick, but it’s subtle.  The Vanquish is smooth more than active, similar to Mitsubishi’s Diamana shafts.  That smooth, consistent feel is there swing after swing, which is helpful for keeping my effort below 110%. 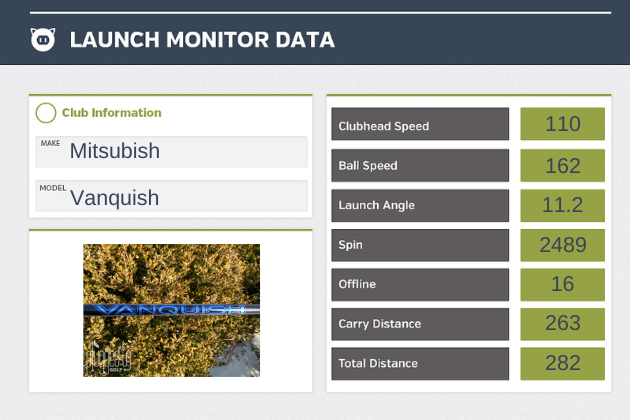 When I first loaded the Mitsubishi Vanquish into my PING G425 Max, I wasn’t sure what to expect.  Not only is it January – my game is in hibernation – but I haven’t even experimented below 60 grams in a while.  What immediately grabbed my attention was the speed.  From the start, I was at the top end of my recent range.  As I got in sync with the Vanquish and put in just a bit of effort, I was 2-3 MPH above my recent best.  The combination of high speed and the nearly effortless feel was extremely exciting.

Mitsubishi bills the Vanquish as mid/high launch and mid spin, but, for me, the change in weight somewhat overruled the shaft’s design.  This is another example of why we always emphasize the importance of fitting.  I actually launched the Vanquish a bit lower than other shafts, particularly at the start.  My initial sessions with the Vanquish saw a trend towards pulls, with the associated lower launch.  As I got more comfortable with the lighter weight, the ball flight straightened out and came up a bit. 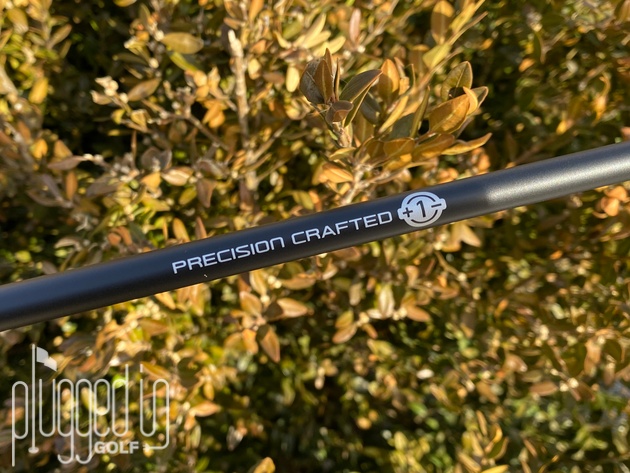 It should also be discussed just how much technology Mitsubishi has packed into this lightweight beast.  One of the most impressive things is the incredibly tight tolerance, referenced in the tip graphic (above).  Every shaft is within 1 CPM and 1 gram of spec, which means you won’t order a shaft and have it feel different than the one you tried in the fitting.  On a related note, the Vanquish also uses the Consistent Feel Design, first seen in the Diamana TB [review HERE].

For the real shaft nerds, Mitsubish also utilized a new Amorphous Wire Technology in the butt section.  They state that this increases activity for more club head acceleration.  There is also the Super Low Resin Content Prepreg which makes the shaft more carbon-dense for better feel and proprietary 46 and 40 ton prepregs used in full length applications.  If all that sounds like gibberish, it’s fine – you don’t need to understand it to know this shaft is fast and long. 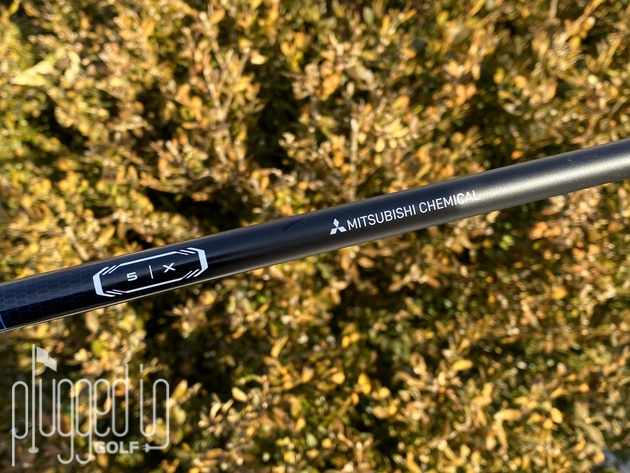 The Mitsubishi Vanquish shaft is offered in 40 and 50 gram variants.  At both weights, MCG offers the entire spectrum of shaft flexes.  That ranges from R2 (senior/light) through regular, S/R, stiff, X, and TX.  It’s rare – and very cool – to see a company giving players at ever swing speed the chance to go ultra light. 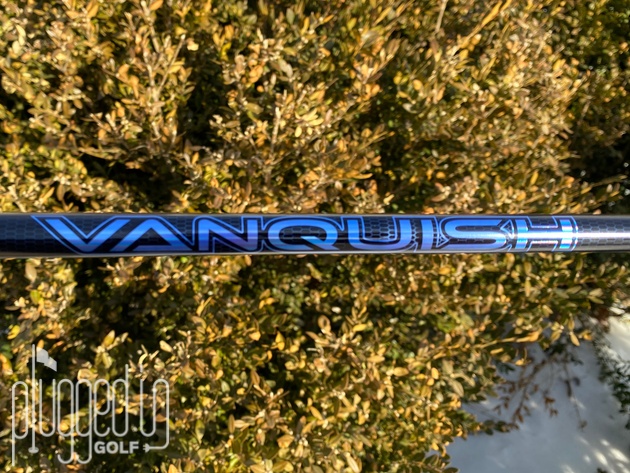 I’ve been very happy gaming my Mitsubishi TENSEI Pro White 1K [review HERE] for a long time.  It’s survived numerous challenges, but they’ve come from the expected places.  Is it possible that the lightweight Mitsubishi Vanquish shaft will come out of nowhere to claim the throne?  I’ll have to wait for the season to start to know for sure, but the early returns of increased speed and distance give it a real chance.