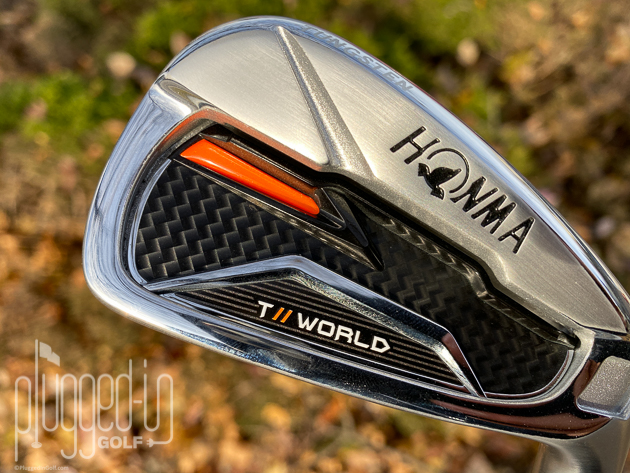 The Honma TW 747 P irons pack a ton of low-spin distance into a traditional looking head. 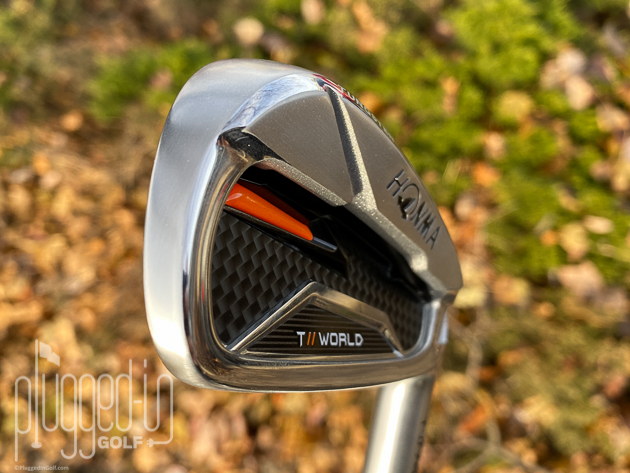 If you follow the world of golf equipment closely, you find that most clubs are predictable.  If an iron is very large, it’s probably forgiving, strong lofted, and long.  If an iron looks like a butter knife, it’s probably meant for the best five ball strikers in the world (or to hang in a display case).  However, every now and then I run across a club that really surprises me.  The Honma TW 747 P was one such club. 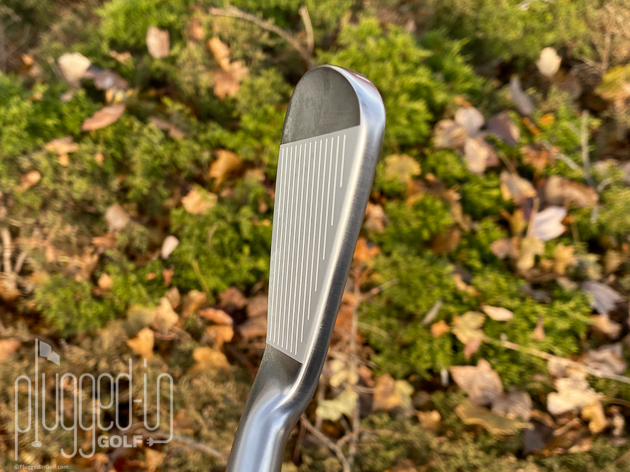 When I saw the TW 747 P irons on the shelf, with their carbon fiber cavity and touches of orange, I expected it to be a fairly large game improvement iron.  However, when I set it down I saw a slim club with tons of appeal for the better player.

The TW 747 P is decidedly larger than the TW 747 V irons (review HERE), but they barely qualify for game improvement status by size.  The blade is medium length from heel to toe, there’s not much offset, and the top line is moderately sized. 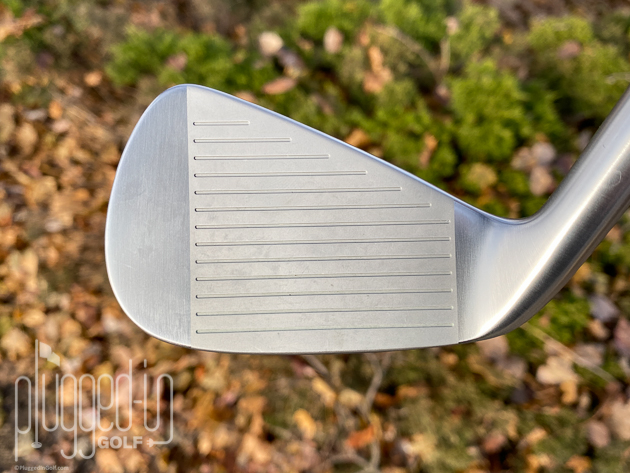 The sound and feel of the Honma TW 747 P irons gave a hint at what their performance would be like.  Impact was firm, with a slightly bouncy, explosive feeling.  That was paired with a “clap” sound that was louder than average.

Thanks to the louder impact sound, feedback was extremely clear.  Mishits sounded off-key and felt rather harsh in the hands. 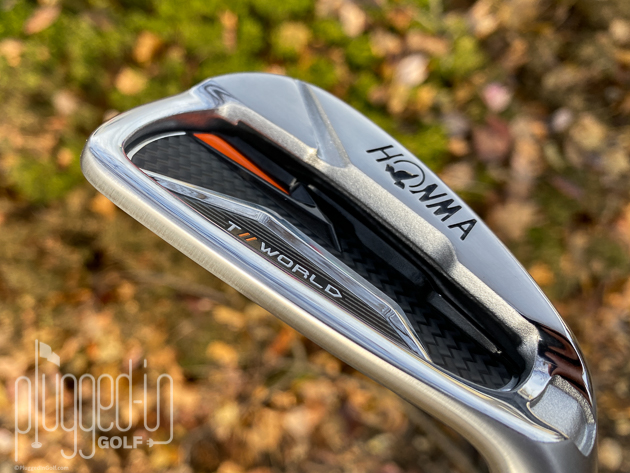 After hitting three shots with the TW 747 P irons, I wrote in my notes, “What are the lofts on these irons???”  I was seeing smash factors over 1.4, a territory usually reserved for the largest distance irons.  With those high smash factors, came startling distance: the 6I was a full club longer than my gamer before I had even warmed up.  Once I got loose, that stretched to a club and a half.

When I got home and looked up the specs, there was a clear explanation for the distance.  The 4 iron is 19 degrees, the “10 iron” (pitching wedge) 43.5 degrees.  These are very strong lofts.  While a thin face and smart design is certainly part of the distance story, the lofts can’t be ignored.

What comes along with these strong lofts is very low spin.  I’m a low launch, low spin iron player to begin with.  With this set in my hands, my mid-irons were spinning like fairway woods and hybrids – not ideal for holding greens.

This is the part where I emphasize the importance of fitting.  For me, this iron is a non-starter because of the low spin.  No shaft in the world would make these playable for me.  However, for the players on the opposite end of the spectrum, the Honma TW 747 P will be amazing.  They’ll stop ballooning the ball, pick up distance, and be able to control their shots. 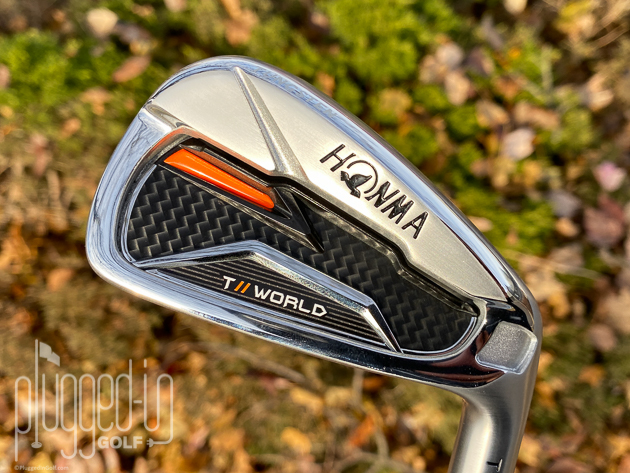 If distance is priority number one and good looks a close second, the Honma TW 747 P irons are going to be right in your wheelhouse.  The lofts are very strong and the spin is frighteningly low, but if those are not concerns for you, the performance is outstanding. 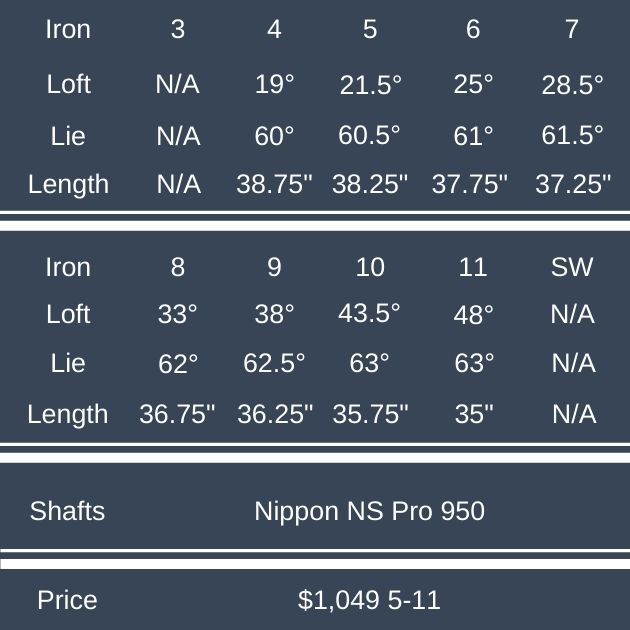