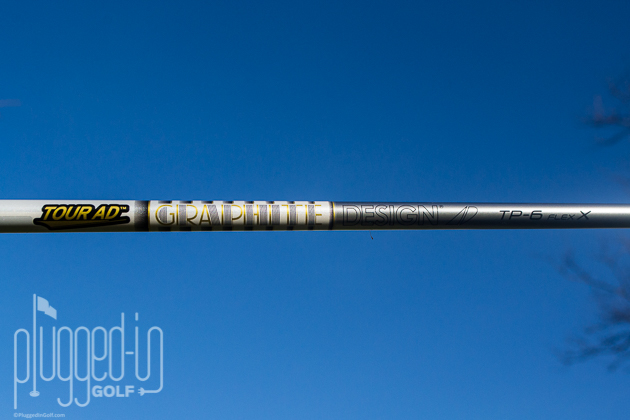 The Graphite Designs Tour AD TP shaft is a high performance shaft that’s a little more stout than the AD DI.  Great for the big hitter who still wants some feel in the shaft.

It’s often said that it’s not hard to have a hit; the hard part is backing it up with a second hit.  Graphite Designs had one of the most successful shafts of the last few years with their Tour AD DI, but none of their subsequent offerings have created the same buzz.  The Tour AD TP, which has a profile similar to the AD DI, should be the follow up smash that we’ve been waiting for. 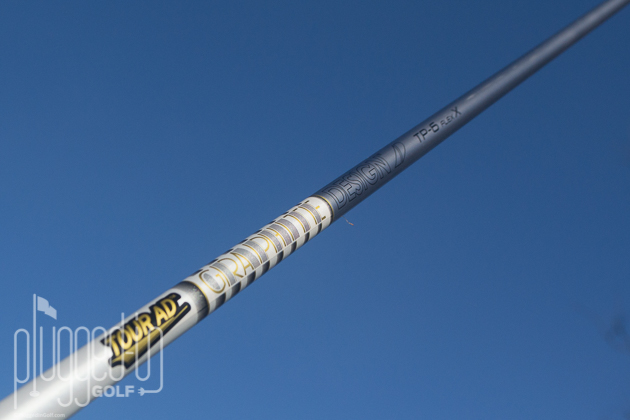 Graphite Designs stuck to recipe of low key graphics with the Tour AD TP.  The branding, though slightly bolder than past efforts, is minimal, and the color scheme – black, white, and grey – won’t turn heads.  If you want an all-business look without any distractions, the AD TP is for you. 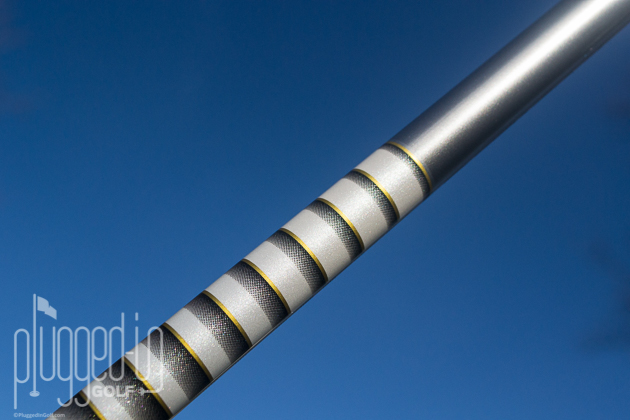 As I’ve mentioned before, one of my favorite things that Graphite Designs does is explain the feel of each of their shafts on a chart on their website.  They use a simple scale – Very Stiff to Soft – and rate the butt, mid, and tip of each shaft.

The AD TP is rated as tip stiff with a firm butt and mid.  The butt and mid are both one notch stiffer than the AD DI, and this is a perfect description of how the shaft feels.  Where the AD DI has a pronounced kick, the action in the AD TP is more subtle. 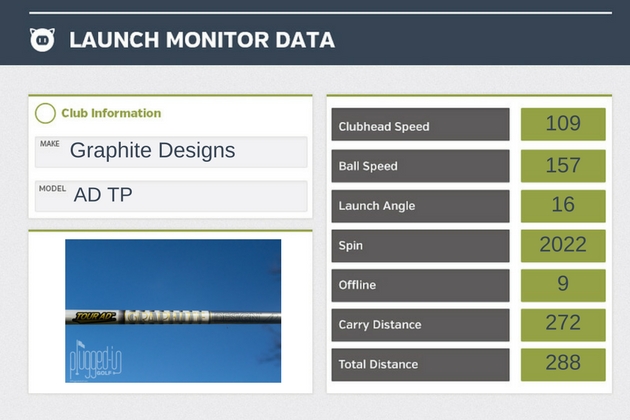 The new technology used in the AD TP is Graphite Designs’s “Fast Taper Technology” or FTT.  This design makes the shaft taper faster through the lower mid section to the tip.  Its purpose is to give the player greater club head control at impact.

For me, the AD TP was a very consistent performer, just like the AD DI.  The stiffer mid and butt sections did translate to some noticeable ball flight differences.  Where the AD DI kicked more and produced more draws, the AD TP was more solid and produced straighter shots.  I felt like I had to work a little more if I wanted to produce a draw, but I could also swing hard without fearing a hook. 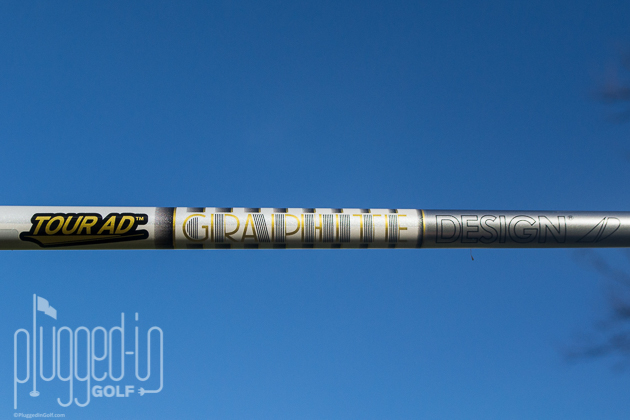 If you loved the AD DI but longed for something a little stiffer, your prayers have been answered.  The Graphite Designs AD TP has a similar feel, but with a little extra muscle to stand up to those aggressive swings. 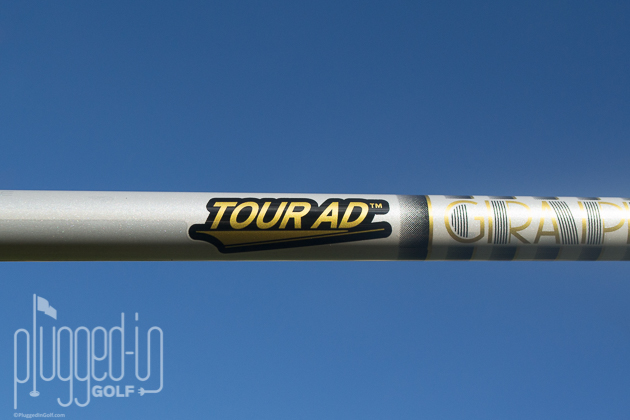