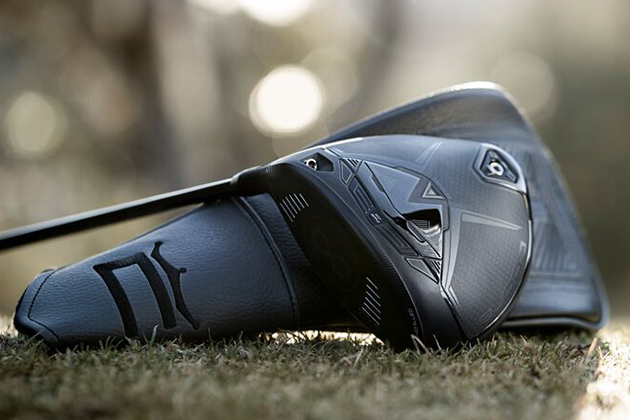 CARLSBAD, CA – Cobra Golf®, a leader in golf club innovation, today introduced a sleek all-black colorway of its popular LTDx Drivers. The LTDx Black drivers possess the same performance and design features as the standard LTDx models but with the addition of a striking matte black finish on the crown and sole and grey stripe details. The Limited Edition black colorway will be offered in all three models (LTDx, LTDx LS and LTDx MAX) in select lofts and flexes. To complete the offering, each driver is equipped with a custom blacked-out Lamkin Crossline grip, and a premium aftermarket UST LIN-Q white shaft.

Like the standard models, each LTDx Black driver features PWR-COR TECHNOLOGY, which repositions as much weight low and forward as possible to deliver extreme ball speed. A new H.O.T Face design uses data from thousands of impact simulations, to create 15 different zones with optimized thicknesses to maximize ball speed across the face. In addition, the LTDx Black Collection drivers utilize a MULTI-MATERIAL Construction, with up to 30% more carbon fiber than the previous RADSPEED model and a lighter and stronger titanium chassis to maximize stability.

The LTDx Black drivers are available in three distinct models to optimize performance for the full spectrum of players: (1) The LTDx LS, a low spin model designed for skilled players with faster swing speeds who desire maximum workability and a traditional shape. Adjustable weights are positioned in the heel and toe to help dial in directional trajectory for better players. (2) The LTDx MAX combines maximum stability and maximum draw bias, giving golfers the choice to move the adjustable weights to focus on either performance. (3) The LTDx is the perfect blend of the LS and the MAX, and the first driver to achieve zero CGna and 5200 MOI, creating the best combination of low spin & max forgiveness.

For black finish lovers, COBRA introduces a second colorway with the KING Cobra Black Wedge. The wedges feature a satin black QPQ finish which is highly durable and helps reduce glare in the sunlight. The KING Cobra Black Wedges are constructed with all the same features as the chrome models including Snakebite Groove Technology featuring 40% sharper groove edges to maximize spin, progressive grooves which utilize full face grooves on the 56, 58, and 60-degree lofts, and traditional grooves on the lower lofts (48 to 54 degree), and three unique grinds (Versatile, Classic, and Widelow) for varying playing conditions. The KING Cobra Black Wedges come standard with Lamkin Crossline grips and KBS Hi-Rev 2.0 steel shafts. 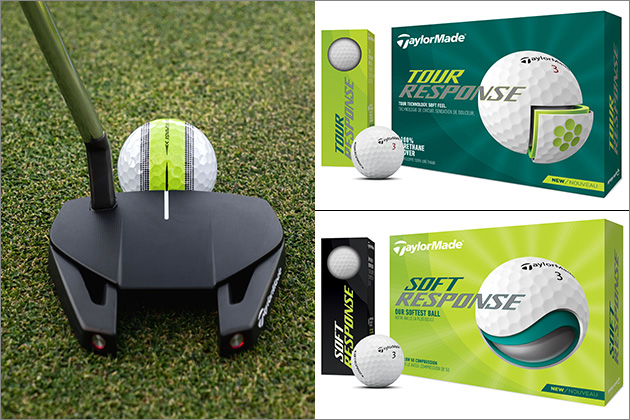 CARLSBAD, CA – TaylorMade Golf Company, an industry leader in innovation and technology, has been on a constant quest to bring Tour level golf ball technology to the everyday golfer at an affordable price. Whether it’s the 100-percent cast urethane cover in Tour Response™ or the Extended Flight Dimple Pattern in Soft Response, TaylorMade has continuously provided high level innovation in both three-piece golf ball offerings.

Today, TaylorMade brings ultimate Tour Level DNA to Tour Response by integrating the Tour Flight Dimple Pattern seen in TP5/TP5x, as well as the revolutionary new 360° ClearPath Alignment with Tour Response Stripe™. In addition, the company announces the launch of its softest golf ball from cover to core with 2022 Soft Response.

TOUR RESPONSE – TOUR LEVEL BALL FOR THE NON-TOUR PLAYER
Relying on the continuous commitment to pushing the boundaries of performance, the all-new Tour Flight Dimple Pattern of Tour Response unlocks next-level aerodynamics while promoting maximum carry distance. This tour proven technology, found in TP5 and TP5x, has been added to Tour Response for the first time. With the addition of the new dimple pattern, Tour Response still retains a soft feel and 100% cast urethane cover.

TOUR RESPONSE PROVEN TECHNOLOGY REMAINS
For as long as there have been urethane golf balls, Tour players have used them. It’s the industry standard for premium performance in golf balls. Tour Response is engineered to respond to the individual non-tour golfer’s game with a 100% cast urethane cover for significantly added greenside spin and better feel vs. ionomer.

A crosslinking chemical reaction forms the soft urethane material, which creates an irreversible link for improved shear resistance and greater durability in addition to the soft feel and added greenside spin.
To measure the effectiveness of a new cover, TaylorMade engineers utilized a combination of material property testing, robot and player performance testing. That research showed that in addition to increased durability, the new cover material is 12% softer and 36% more flexible than the previous material.

The 2022 Tour Response ball also features a low 70-compression design with a Hi-Spring core made for pushing the boundaries of ball speed in a soft feeling golf ball.

This next-gen visible technology of Tour Response Stripe is a 22-millimeter digital band that wraps around the center of the golf ball to help aim putts better, faster and more consistently. Inside the digital band is a thin black line to match with putter sight lines for immediate aid in alignment.

The multi-color design of Stripe not only creates better alignment, but also can’t miss feedback on the quality of the roll of each putt. Proper strikes are easily identifiable as the stripe rolls consistently to the hole, while off-center strikes cause a can’t miss wobble of the digital band.

Lastly, the dual-color design allows you to see your product clearly all over the course.

SOFT RESPONSE: TAYLORMADE’S SOFTEST BALL FROM COVER TO CORE
With increased softness from cover to core, Soft Response is the softest ball in TaylorMade’s arsenal, designed to give amateur golfers enhanced feel while maintaining ball speeds and distance. Soft Response is designed for moderate swing speed players with a new, softer core and a re-engineered ionomer cover for added greenside spin.

The changes produce a softer ball with an overall 50 compression (versus a 60-compression rate in the previous generation). An added SpeedMantle layer in its 3-piece construction creates an efficient energy transfer at impact, resulting in a softer ball that enhances feel and maintains both ball speed and distance.

A unique Extended Flight Dimple Pattern decreases drag and optimizes lift, allowing the ball to stay in the air longer at lower speeds and lower spin rates. It completes a harmonious design, with all features working in unison to elevate performance for players with slow-to-average swing speeds.

Soft Response was tested, reviewed, and affirmed at every stage of development by everyday golfers, becoming a golf ball that responds to your game and performs where you need it the most. The 3-layer construction in combination with the SpeedMantle builds resistance against the club face to build energy and create ball speed at this new softer feel. 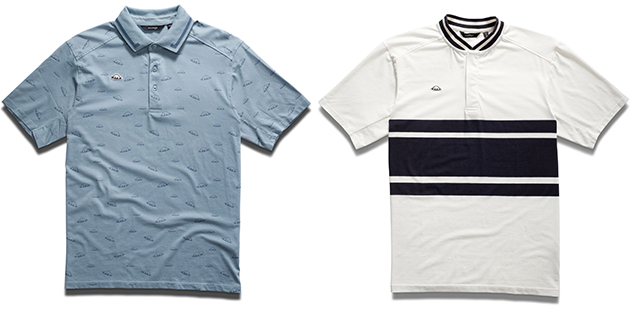 RADMOR’s sustainably-sourced golf clothing forgoes the use of virgin polyester in favor of natural cellulose fibers like Peruvian Pima cotton, elastane yarns and super-soft Tencel (lyocell and modal) to create the most eco-minded golf apparel in the industry. The 2022 spring collections showcase a variety of new offerings for men and women in seasonally-focused color palettes celebrating the world’s greatest game.

Additional men’s and women’s styles will be offered later this spring to get golfers ready for the summer. As a complement to its apparel, RADMOR provides a select line of accessories, including RADCAPS and RADSOCKS, and collaborations with sustainably-minded brands like Asher and ASYSTEM.

In addition to its direct-to-consumer sales channel, RADMOR is available at a growing number of golf shops throughout the U.S., as well as Golf.com, Huckberry.com, TrendyGolf.com, FairwayStyles.com, and Nordstrom.com in mid-June.