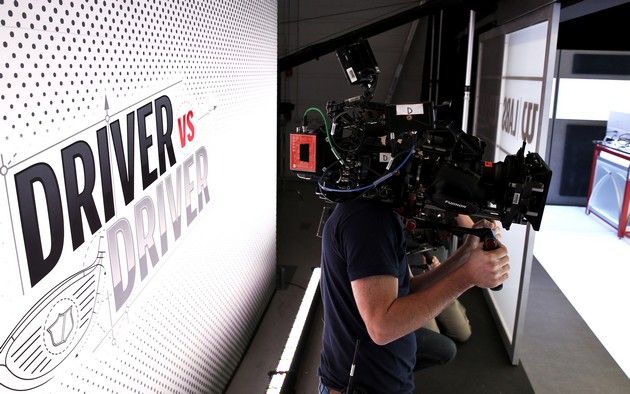 ORLANDO, Fla., Aug. 24, 2016 – Golf Channel announced today the 11 finalists who will present their innovative driver concepts and ideas with the hopes of ultimately becoming Wilson Golf’s newest driver for 2017 on a new, first-of-its-kind television series, Driver vs. Driver presented by Wilson. The series premieres Tuesday, Oct. 4 at 10 p.m. ET.

Driver vs. Driver will follow the trials and tribulations of aspiring golf equipment designers as they compete for the chance to win $500,000, and the opportunity to have their driver design sold at retail under the Wilson Staff name. The finalists, selected through an open call application process, will present to a panel of celebrity judges – former Chicago Bears linebacker and avid golfer Brian Urlacher, former USGA Technical Director Frank Thomas and President of Wilson Golf Tim Clarke – during the series’ first two episodes. Two-time PGA TOUR winner and Wilson Advisory Staff member Kevin Streelman joins the series as a judge beginning with the third episode.

Following the presentations, the judges will debate on which finalists’ concepts will advance in the competition. The seven-episode series will then take viewers behind the scenes as the advancing teams work with Wilson LABS – the innovation hub at Wilson – engineers to evaluate, critique, refine and test their concepts, all while the panel of expert judges evaluates the best concept that will help golfers perform off the tee.

Viewers also will get a look behind the curtain at one of the most iconic sports brands in history, Wilson Sporting Goods Co. Golf Channel cameras will give viewers a glimpse inside the company’s Wilson LABS facility, an expansive innovation center that serves as a primary design and testing hub for its sporting goods concepts and products, including tennis, basketball, baseball, football and golf, among others.

The series’ finalists are a diverse cast that includes professional golfers and former club manufacturers, college students, engineers and product designers. Some of the finalists are well versed in the sport of golf, where others have never taken up the game but have extensive engineering and design background. 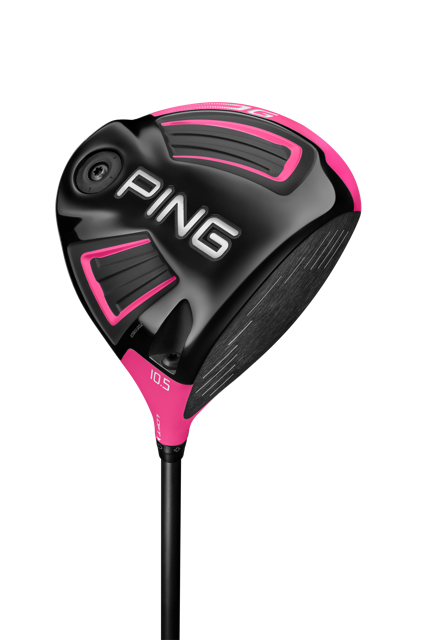 PHOENIX (August 25, 2016) – PING announced today it will sell 6,000 limited-edition pink PING G™ drivers, similar to the one used by Bubba Watson, and donate $60 to the Bubba Watson Foundation for every pink driver sold. It marks the third time in four years the company has partnered with Watson on the fundraiser, which will now surpass $1 million in donations since its beginning in 2012.

The pink G drivers are available for pre-order today through authorized PING retailers around the world. The driver also comes with Bubba’s “caricature” head cover. The U.S. MSRP for the driver and head cover is $650.

“Bubba’s a creative thinker and his decision to distinguish himself by using a pink driver and shaft helped make this program possible,” said John A. Solheim, PING Chairman & CEO. “I first met him as a teenager and he’s been on our staff since turning professional in 2003. He has a huge heart and continues to use his success in golf to help people in need, especially children. We’re blessed with the opportunity to partner with Bubba and are very grateful to golfers who choose to support this program for the benefit of the Bubba Watson Foundation.”

Widely recognized as the longest driver on tour, Watson has used a pink PING driver since 2012, the year he won his first of two Masters. Following that win, PING introduced a similar program with its pink G20 driver. Those funds were donated to the Phoenix Children’s Hospital and used to help build the Bubba Watson-PING Motion Analysis Lab, which uses advanced assessment tools to evaluate and treat children and adolescents who have movement disorders or walking difficulties. Proceeds from the pink G30 limited-edition model in 2015 were donated to the Pensacola, Fla., children’s hospital, Sacred Heart, where Bubba was born, along with other children’s charities in the Pensacola area.

“PING and the Solheim family are incredibly generous in giving back to the game through ideas like the limited-edition pink-driver program,” Watson said. “I’m very grateful for all of their support, on and off the golf course. The response from the first two driver programs was amazing, so I’m excited to continue this tradition for the third time. We’ve been able to do a lot of great things together that truly help improve the lives of the less fortunate and those in need.”

The limited-edition drivers will have a bright pink shaft and clubhead featuring the same technology as the highly acclaimed standard G driver, including Dragonfly Technology on the crown finished in dark gray to create a contrasting, eye-popping appearance. The pink G drivers are offered in 9º and 10.5º lofts (adjustable up to +- 1º) for right-handed players; 10.5º (adjustable up to +- 1º) for left-handed players. It is available in R and S flexes. 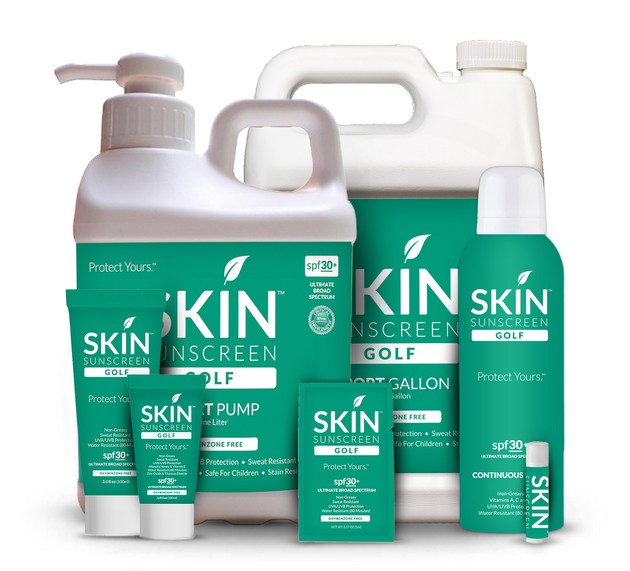 Goodyear, AZ, August 24, 2016… SKIN Sunscreen™, providers of a premium sunscreen product specifically designed for the golf athlete and their families, has announced its partnership with the Southern California Golf Association (SCGA). The 2016-17 partnership includes brand exposure and product placement at more than 300 annual SCGA events, including its clinics and play days administered by the SCGA Junior Foundation. In addition, the SCGA’s entire 145,000 membership will be exposed to SKIN messaging via traditional advertising as well as frequent editorial support and social media assistance on skin cancer awareness.

“We are pleased to align the SKIN Sunscreen brand with the SCGA, one of the nation’s largest and most progressive golf associations,” said Jessica Folino, General Manager/Partner, SKIN Sunscreen. “We immediately expanded our partnership following the recent SCGA Amateur Championship where SCGA staff ran out of its product supply by the end of the first day. The product was well-received by everyone who tried it.”

SKIN Sunscreen was distributed to players, caddies and SCGA staff, board, and volunteers at the 117th SCGA Amateur Championship July 8-10 at Barona Creek Golf Club. The product was available for voluntary pickup at the registration table, driving range and at 1st and 10th tees. The event included 84 players and 40 caddies.

Some tournament feedback on SKIN Sunscreen:
• “The sunscreen was great. Worked well and smelled nice. Thanks SKIN!” – SCGA Volunteer
• “Nice touch at the tournament to have the opportunity to grab some free sunscreen at the first tee. It was perfect because my caddy didn’t have any!” – SCGA Tournament Participant

“The SCGA is dedicated to providing golfers of all skill levels with the best possible experience,” said SCGA Executive Director Kevin Heaney. “Having SKIN Sunscreen as the official sponsor of our year-round events, including casual and competitive events administered by the SCGA and our SCGA Junior Foundation, allows us to offer our members quality sun protection, while increasing their awareness of skin cancer and UV damage.”

SKIN Sunscreen has been carefully developed as a premium preventative lotion formulation that is oxybenzone-free, non-greasy, sweat resistant and water resistant for up to 80 minutes. Uniting the company’s resources in a quest to spare others the pain and loss associated with the insidious health threat of skin cancer, SKIN Sunscreen is proudly promoted as the optimal wellness preventative in a healthy daily hygiene routine.

As SKIN Sunscreen demonstrated the need for awareness for sunscreen to young golfers and their families, it became apparent that this proactive measure – applying sunscreen – is every bit as important to the outdoor athlete as is the warm-up on the range or stretching before a round of golf. In fact, sunscreen is essential to lifelong enjoyment of any outdoor sport – but especially important for the golfer, given the number of hours played under the sun.

“We invite all golfers to join us in taking action to prevent skin cancer and reduce the risk of UV damage,” added Folino. “Skin Cancer is the #1 most diagnosed cancer in the U.S. and it doesn’t have to be. We encourage golfers to Protect Yours™ with SKIN Sunscreen and get regular skin check-ups.”