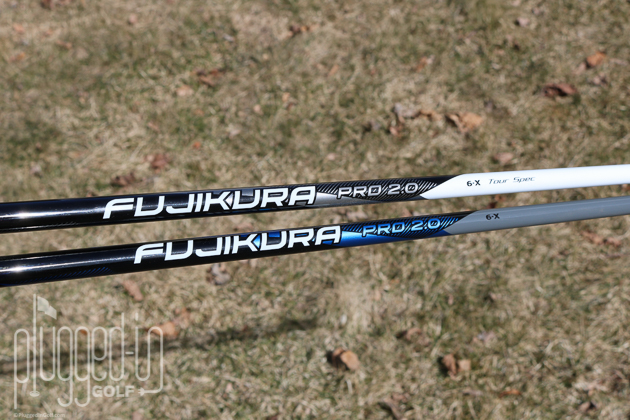 While tip stiff “spin killers” are often the headline grabbers in the forums, they only fit a small percentage of golfers.  For the vast majority who live in the middle of the bell curve, Fujikura has developed their new Pro 2.0. and Pro 2.0 Tour Spec.  Both shafts feature upgrades that will boost club speed and decrease dispersion. 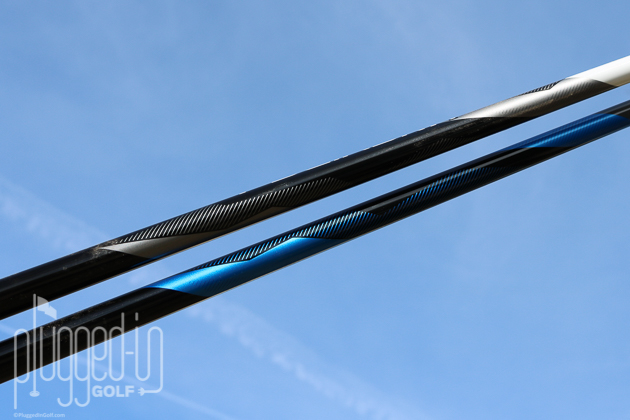 Both Pro 2.0 models feature clean branding and minimal graphics.  The butt section is black with white branding on both versions.  In the Tour Spec, the lower half is white – a hallmark of Fujikura’s Tour Spec family.  The standard model shifts to grey with a ribbon of blue around the middle. 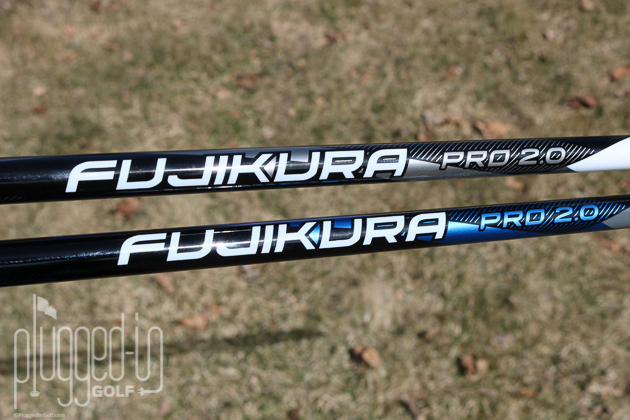 The Fujikura Pro 2.0 is a smooth, easy-to-load, mid-kick shaft.  Whether you make your fairway finding swing or go 110%, you’ll feel the mid-section load in transition and deliver a powerful kick through the ball.

When you switch to the Pro 2.0 Tour Spec, you’ll feel the mid section tighten substantially.  The feel is still consistent, but there’s less kick than in the standard version.

In both shafts, the tip is very stable.  There’s no noticeable kick or torque-ing in the tip, even on very aggressive swings. 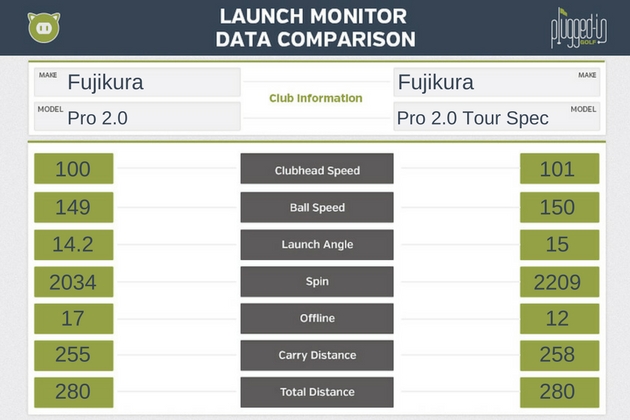 Thanks to their proprietary ENSO technology, Fujikura is on the cutting edge of shaft design.  This has allowed them to build the Pro 2.0 shafts with a more effective loading zone for more club head speed.  They’ve also increased the torsional stiffness by 14% to reduce spin and improve dispersion.

In my testing, I was very impressed with the consistently high ball speed I was seeing from both models.  The Pro 2.0 felt like it was doing more of the work for me with its lively kick; the Pro 2.0 Tour Spec gave me the sense that I could swing as hard as I wanted without losing control.

For me, the biggest difference between the two shafts was the shot shapes they produced.  With the Pro 2.0, I was hitting draws almost exclusively, hence the slightly lower launch and spin.  With the Pro 2.0 Tour Spec, I was hitting more straight and cut shots.  Either shaft could easily be a gamer for me, though I preferred the shot shaping flexibility of the Tour Spec. 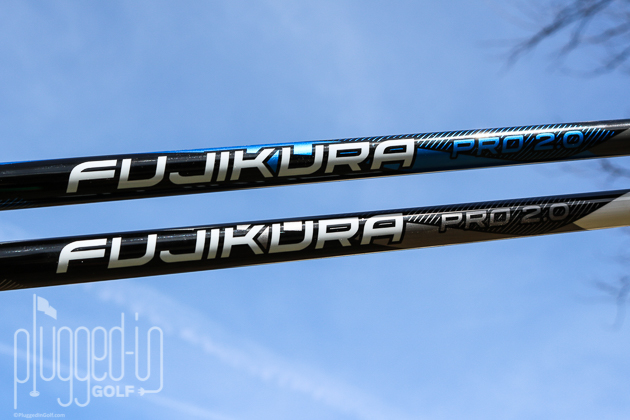 If you want a shaft that will give you a smooth feel and consistent results, ask your fitter to try the new Fujikura Pro 2.0 shafts.  Whether you’re a smoother swinger, geared toward the Pro 2.0, or an aggressive hitter made for the Pro 2.0 Tour Spec, you’ll be impressed with the stability of the tip and predictable results. 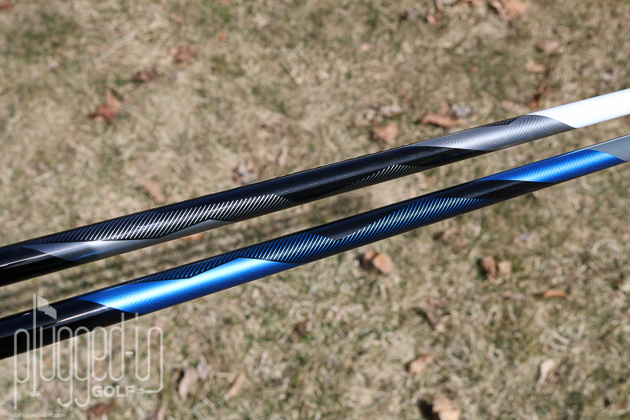