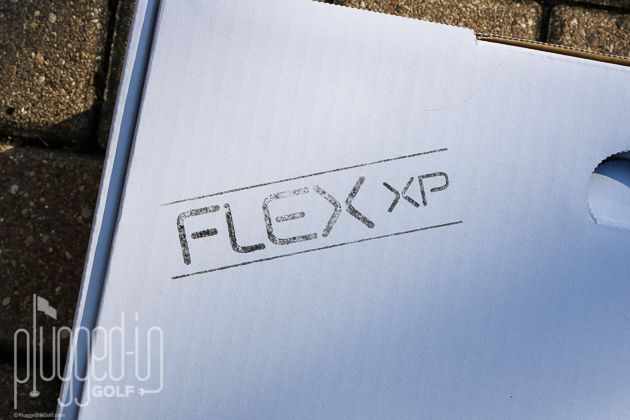 The FootJoy Flex XP golf shoe is a waterproof version of the brand’s go-anywhere shoe.  Very comfortable and light. 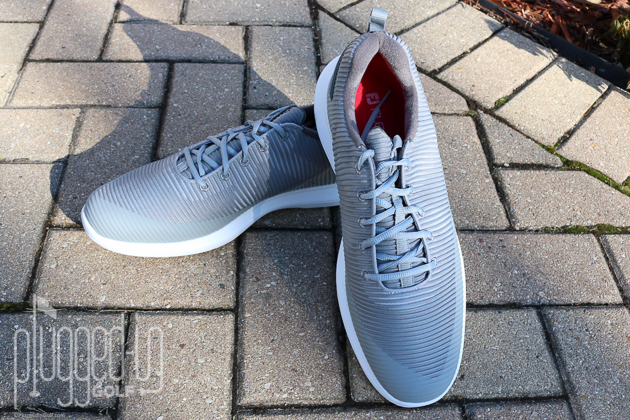 Released earlier this year, the original FootJoy Flex (review HERE) gave golfers a shoe they could wear on and off the course.  As the year comes to a close, FootJoy has raised the stakes with a waterproof version, the Flex XP.  Now your favorite go-anywhere shoe can also be worn in all weather. 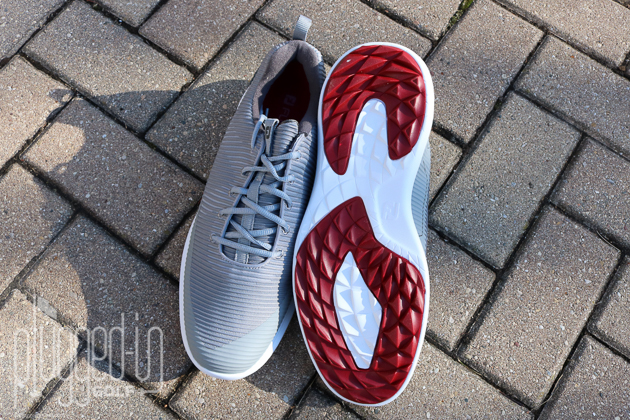 The look of the FJ Flex XP has shades of the original Flex, but the style has been pushed in a sleeker direction.  The texture of the upper looks totally different – more modern and athletic.  This was done without changing the streamlined profile.  Branding has been minimized, too.  Gone is the “FLEX” strap along the midfoot, replaced by a small rubber tag on the heel. 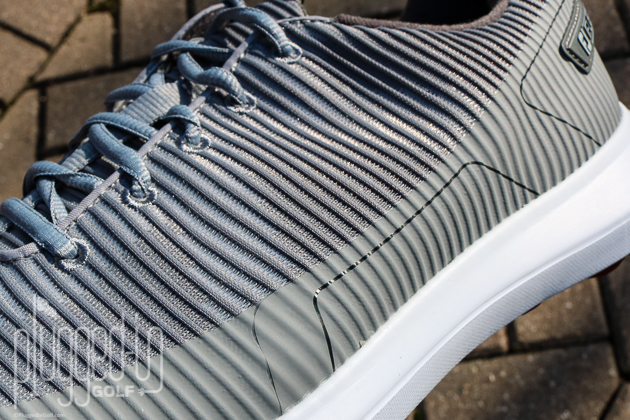 Overall, the FJ Flex XP has a sharp, minimalist aesthetic that enhances the shoe’s versatility.

The FootJoy Flex XP comes in four colorways: blue, white, grey, and black.  The black has a neon green liner and sole, and the sole of the grey is red. 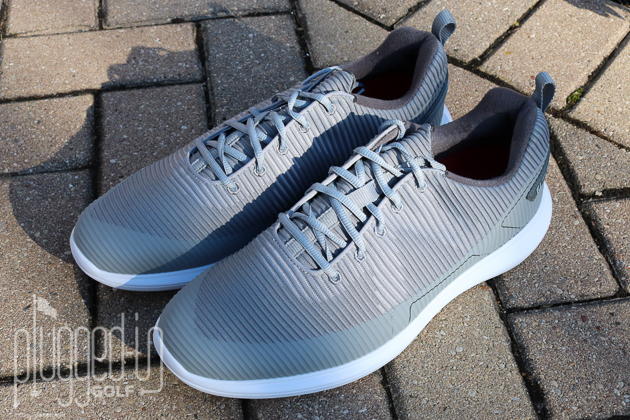 Though the look of the FJ Flex XP is different than the original, the feel is very similar.  The XP is comfortable right out of the box.  It’s light but there’s still plenty of cushioning.  Also, as the name implies, this shoe is flexible.  There’s less structure in the Flex XP than your typical FootJoy, which allows it to move and accommodate your stride. 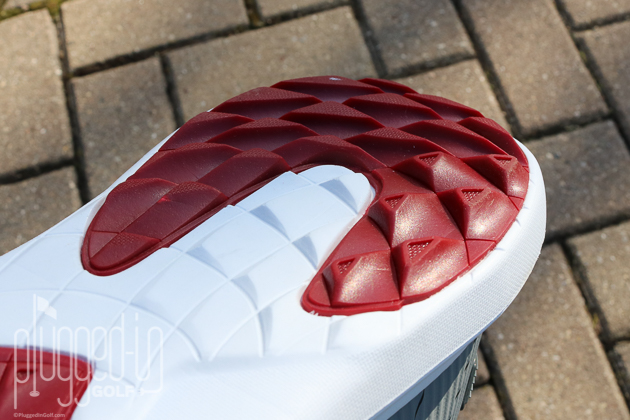 The top line feature of the new Flex XP is the waterproofing.  FootJoy guarantees that the XP will be waterproof for one year.  In my testing, which included dumping a cup of water right on top of my foot, I found the waterproofing to be excellent.

What hasn’t changed from the original Flex is the Versa-Trax sole.  This design looks like a compromise between the sole of an athletic shoe and an aggressive spikeless design.  While it doesn’t provide elite traction on the course, it also won’t have you slipping and sliding on everyday surfaces like concrete.

During the swing, the Flex XP provides a balance of support and freedom to move.  I found it very enjoyable to walk in, as the sole and upper moved easily. 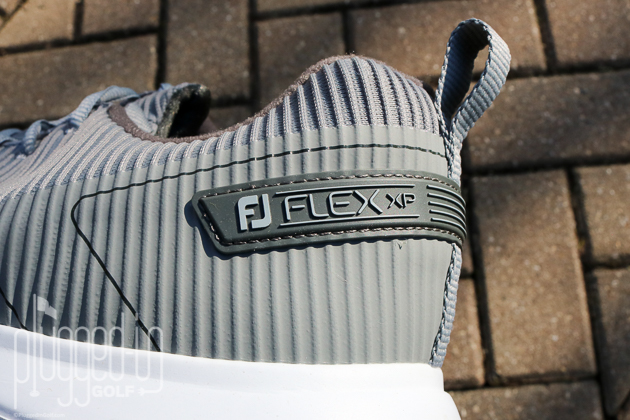 The FootJoy Flex XP is an ideal follow up to the original.  Fans of the first FJ Flex will surely appreciate the added versatility that the waterproof version brings, and the updated look will attract new wearers.  If you want a shoe you can wear on and off the course in any weather, the Flex XP is for you.