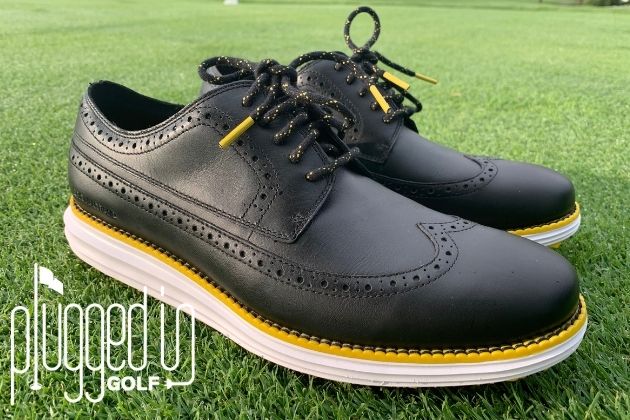 This shoe is all about the combination of comfort and performance.  You throw on the traditional styling with a modern twist and you’ve got a golf shoe you don’t want to take off, even after your round is over. 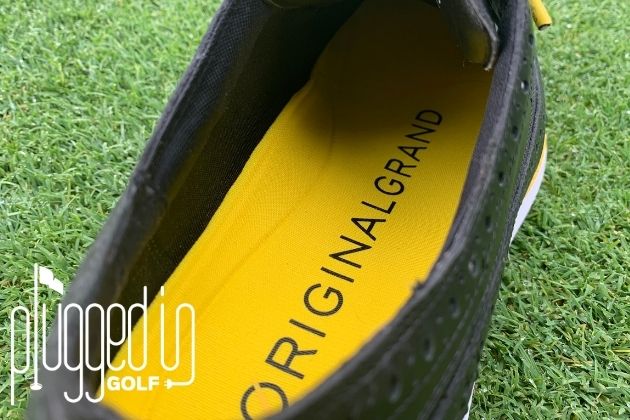 If there’s one thing I’ve learned in all of my time around golf, it’s that not everyone can make great golf equipment, but great golf equipment can come from anywhere.  For instance, I recently wrote a review on fantastic wedges from Costco [review HERE].  However, unlike Costco (who is relatively new to the golf business), Cole Haan has been creating golf shoes for over 80 years.

While I’m sure most of you know of golf shoe brands like FootJoy, Nike, Puma, and Adidas, Cole Haan might be a more obscure name.  They shouldn’t be though, and the three new shoe lines they’ve recently released prove that. 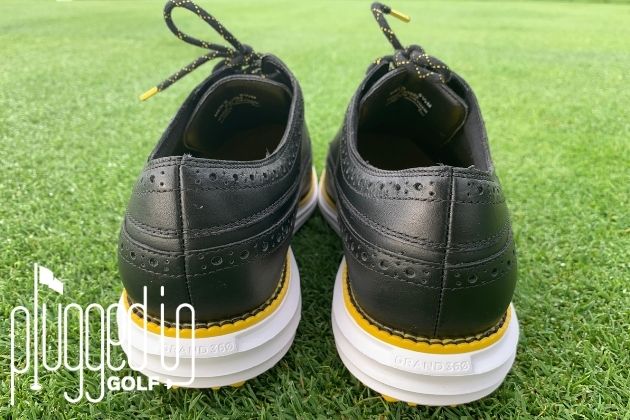 One of my favorite things about this lineup of shoes is that they aren’t afraid to have bold looks.  Golf shoes can often look like they’re made exclusively for old men — lacking in color or style and far too traditional.  These shoes have traditional elements like the crafted wingtip upper but at the same time feel young, fun, and come in four distinct colorways.

The most out-there looks would have to be the two camo looks, the Green and the Grey.  The Green Camo features three different varieties of green (and one shade of tan) in the camouflage pattern with black detailing.  The Grey Camo showcases four different shades of grey with yellow detailing.

There is also a White-White option, which comes in a similar colorway to the Cole Haan Generation ZERØGRAND, featuring a predominantly white design [review HERE].  However, there is a bit of tan detailing, as well.  The final colorway is called the Black-White, shown here.  As the name would imply, it’s primarily a black shoe that has white detailing and yellow trim. 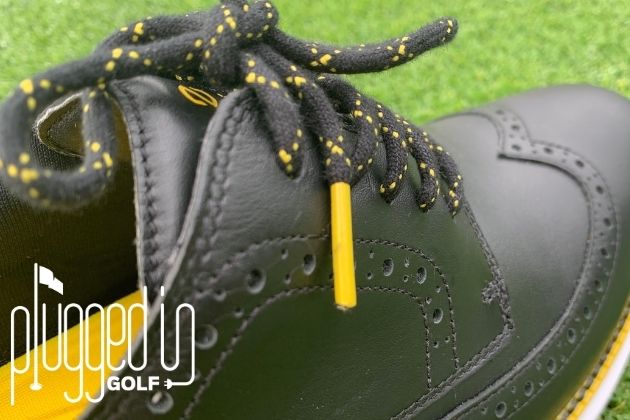 As a guy who struggles with flat feet, the comfort of a shoe is extremely important to me.  I am happy to report that comfort is of the utmost importance to the Cole Haan designers, too.  These shoes feature GRANDFØAM cushioning for the sock liner and midsole that kept my feet feeling comfortable, despite walking over 18 holes on the several rounds I tested these.  Care was given to comfort both underfoot and at the top of your feet as well, with tongue and heel padding.  All in all, they felt plush.

While the fit was a smidge snug at first, the leather relaxed over just one round to better accommodate my feet, which was a relief.  I will say that I found the sizes to be a bit smaller than I expected but there’s a handy size chart on their online page that allows you to find exactly what size shoe will fit you.  Before ordering, make sure to check that out for yourself.  You’ll just need a piece of paper and a pen to trace your foot and measure it.  There’s plenty of options for all sizes as the ØriginalGrand shoes range from a size 7 all the way up to a size 16. 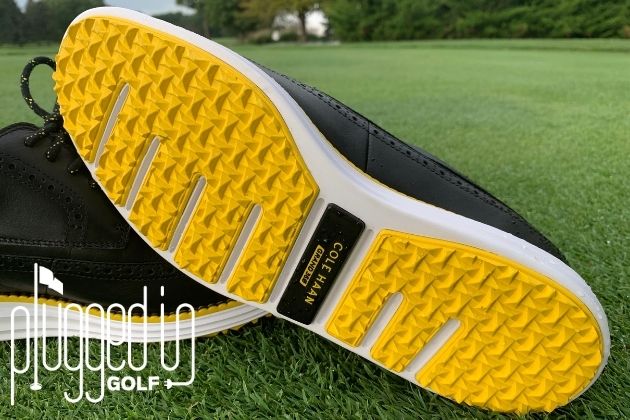 Let me start by saying, the ØriginalGrand is a phenomenally performing golf shoe under normal circumstances.  Where it really shines, though, is in wet conditions.  I tend to play a lot of golf in the early morning.  As a result, there’s often a good amount of morning dew in the rough or wet bunkers to start.  They worked well in those conditions.  Even while playing during a rain shower, I felt comfortable and was able to swing freely.  My feet stayed nice and dry.  Wearing these shoes kept me stable and allowed me to plant, pivot, and turn into full shots nearly as well as spiked golf shoes.

The bottom of the shoe is full of tech to keep your foot from slipping or sliding whether on wet turf or in wet sand.  Consisting of a rubber lattice (reminiscent of a weaved basket if I’m honest), the underside of the shoe felt very stable when swinging fast on drivers or with little partial wedge swings and everything in between. 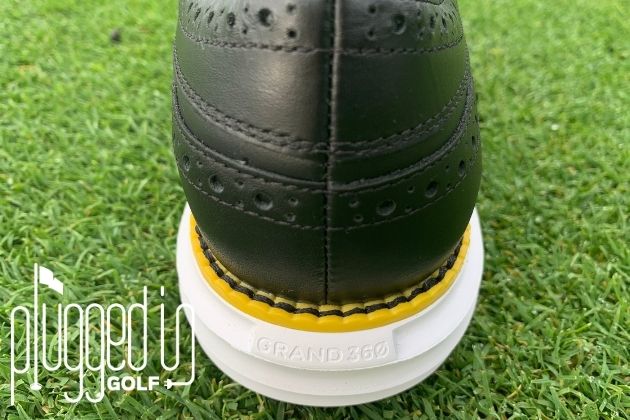 For the amateur golfer, these are exactly the type of shoes you should be looking for.  Great performance and feel with excellent styling.  The added bonus of not having to run to the car and switch these out for dinner or drinks at the clubhouse after golfing is also stellar.  Are they the most stable, most tech-filled shoes on the market?  Nope. But that doesn’t mean they aren’t extremely worthwhile.  The top-notch looks in classic colorways or something a bit more modern and unique only adds to the allure.  I can honestly say that I will be using these from now on as my main golf shoes, and I recommend you try them on yourself too.