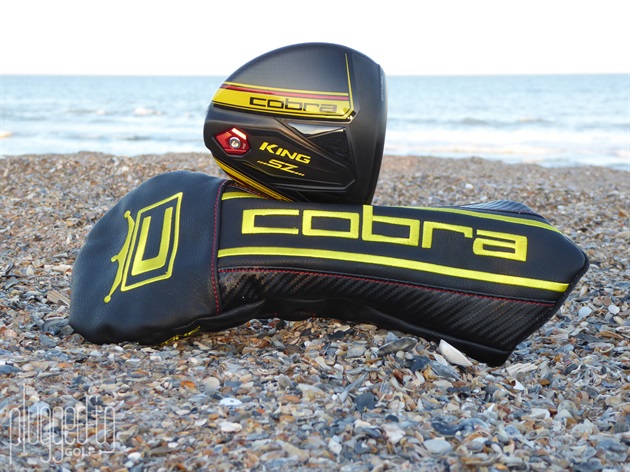 Designed to maximize forgiveness across the face, the Cobra KING SPEEDZONE XTREME driver delivers consistent performance with a distinctive look. 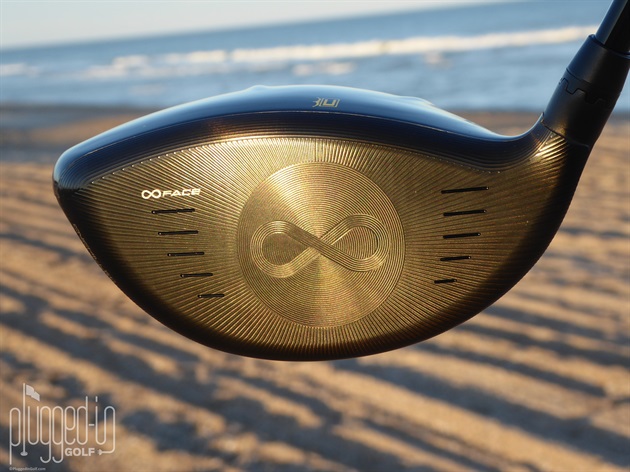 Depending on context, the infinity symbol can evoke a lot of different thoughts.  The concept of limitless always comes to mind anytime I gaze out at the seemingly endless horizon of the ocean.  Examining the milled lines on the face of the Cobra KING SPEEDZONE XTREME driver as they passed the edges, imagery of the disappearing ocean emerged – it was time for the two to meet. 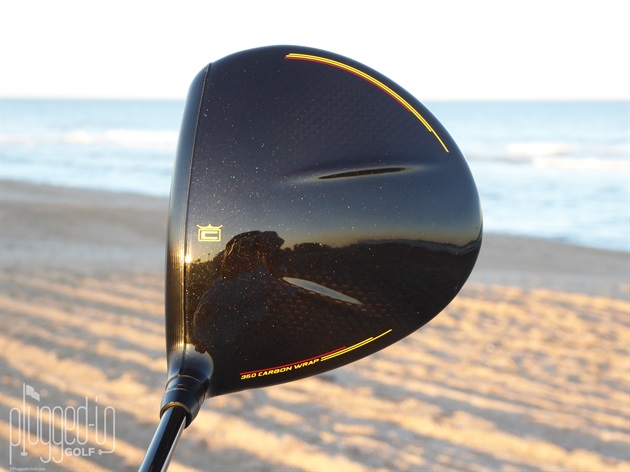 Although the face looks bright, it’s just the result of capturing the right angle for exposing the intricate CNC milling and infinity symbol.  In normal conditions the face is dark and the milling subtle.  The black gloss crown also reveals a few speckles and the carbon composite construction in the right light.  I like how the red and yellow pin striping give the large head definition.

The color scheme continues more prominently on the sole.  The badging is bold without looking busy.  If the tail of the KING SPEEDZONE XTREME driver head reminds you of exhaust pipes on a sports car, congratulations, that’s exactly what the Cobra designers had in mind.  Similar to the F9 Speedback, the driver is also available in a matte black and white combination. 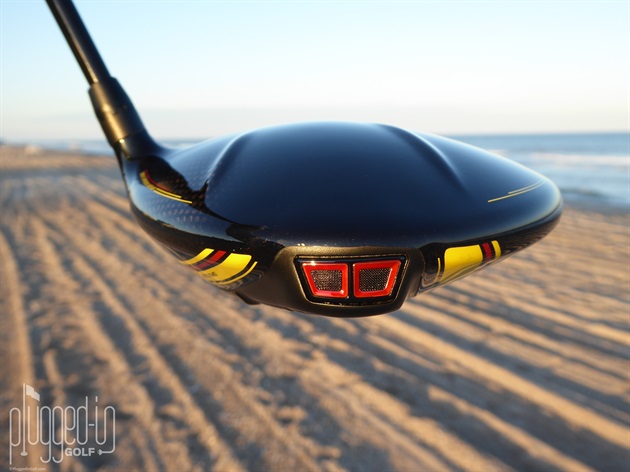 I’ve come to really appreciate the distinctive but not attention getting sound of the Cobra KING SPEEDZONE XTREME driver.  Metallic with a slightly hollow tone, the sound is loudish, maybe a medium plus on a simple volume scale.  Initially I thought the driver lacked feel, which aligned with a max forgiveness club, until I caught one inside the infinity circle – pure satisfaction. 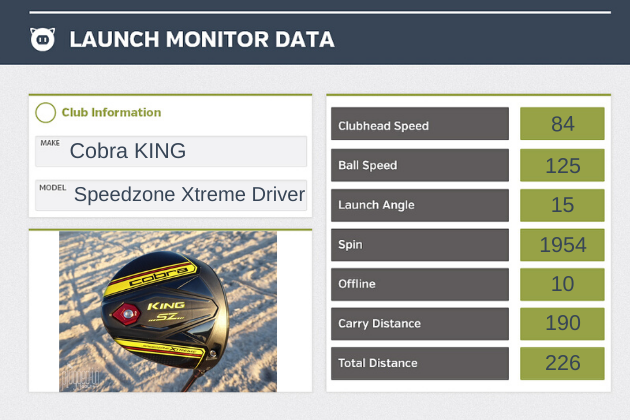 I’ve played a 10.5 degree driver for as long as I can remember, and my initial results with the 9 degree driver were, not surprisingly, mediocre.  Adding loft with the MyFly hosel adjustment system was super simple and intuitive, and I immediately achieved a launch angle that better fit my swing.  I had never spent significant time with a Mitsubishi Tensei CK AV Blue shaft but am now a huge fan.  Looking over the other 3 stock offerings for the KING SPEEDZONE XTREME driver, Cobra has truly given golfers premium shaft options. 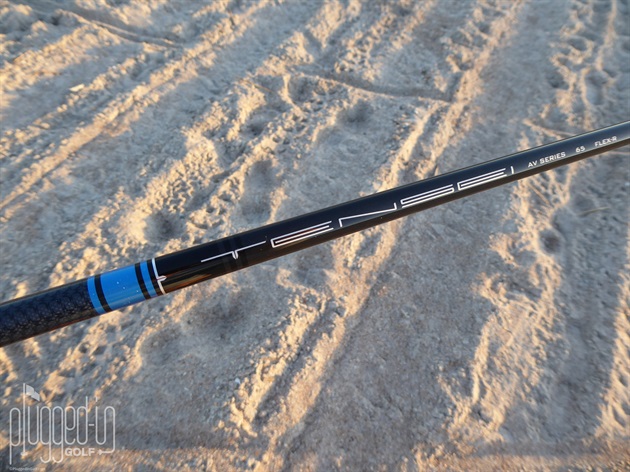 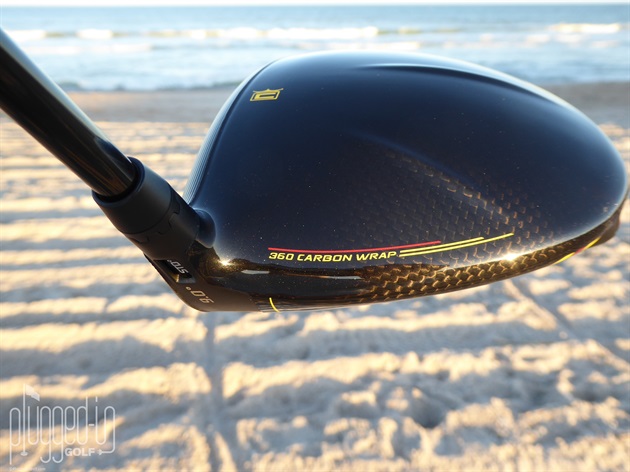 Cobra breaks down their performance attributes into 6 zones [power, strength, light, low cg, aero and stability] with various analogies to race cars, but it really boils down to construction.  Titanium for a strong chassis, 360 Carbon Wrap for weight savings, and weight positioning for a low center of gravity.  Mix in optimized aerodynamics and the infinity face, and the KING SPEEDZONE XTREME driver is a reliable workhorse. 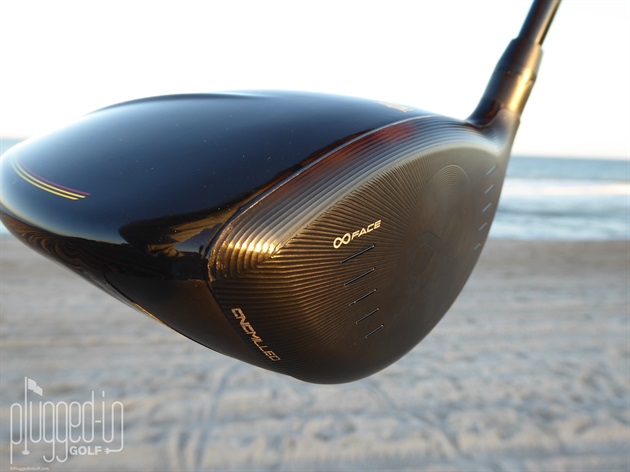 Much like early explorers were rewarded for pushing towards the horizon, Cobra’s pursuit of a fully CNC milled face seems to have hit the power jackpot.  Cobra designers also focused on overall construction details of the KING SPEEDZONE XTREME to produce their highest MOI driver to date.  Cobra has set the bar for 2020 drivers high. 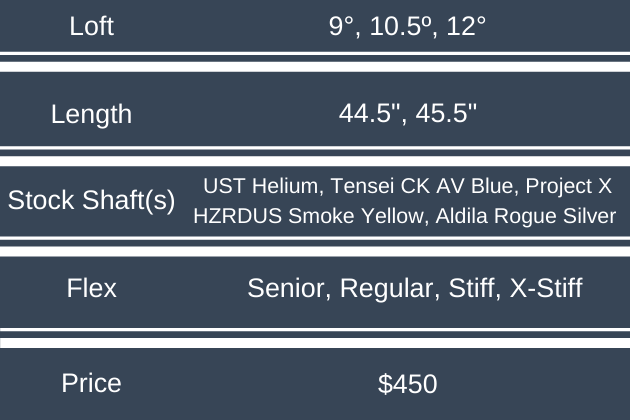