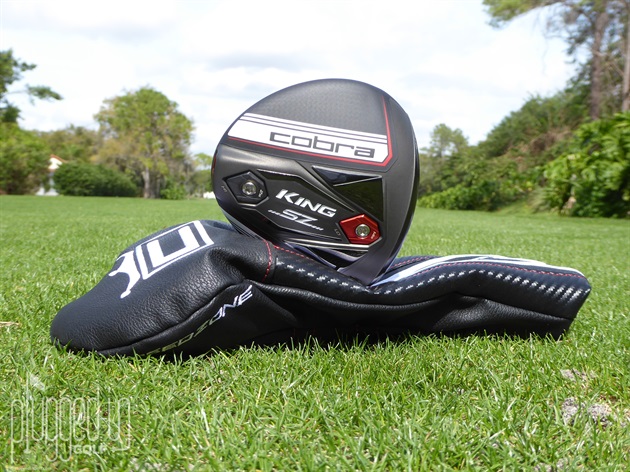 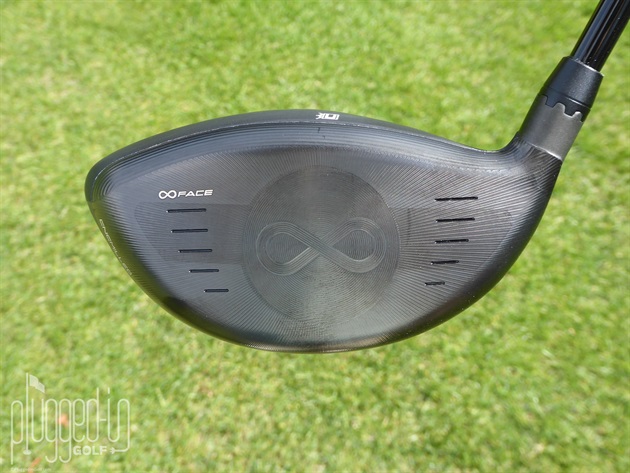 While the Cobra KING SPEEDZONE XTREME driver (review HERE) was designed to maximize forgiveness, engineers turned their focus to adjustability for dialing in performance for the standard version SPEEDZONE.  With interchangeable front and back weight ports, the SPEEDZONE driver allows players to fine tune launch and spin – all while benefiting from Cobra’s new CNC milled Infinity Face. 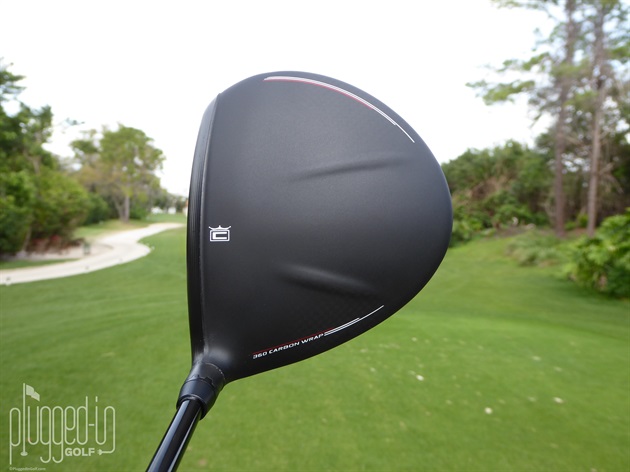 Having gamed the Cobra F9 in the Avalanche colorway the past year, I immediately gravitated to the matte black and white version of the SPEEDZONE driver.  The all matte crown has a cleaner look and the edge of the Infinity Face creates a wonderful reference for setup.  I also like the fresh crowned C for ball alignment.  For golfers who prefer a bolder color scheme, the SPEEDZONE is also available in yellow with a lustrous clear coat finish.

Catch the light just right and you can really see the intricacies of the CNC milling and infinity symbol on the dark face.  Branding on the sole is bold, but promotes the streamline, aerodynamic head shape.  The distinctive red exhaust ports reflect Cobra’s race car inspired theme. 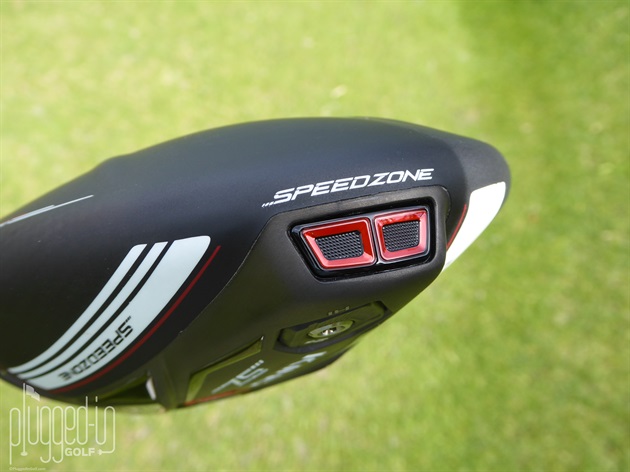 Across the face of the SPEEDZONE driver, the sound is a solid metallic ‘tink’ with a slightly hollow tone.  The head felt stable regardless of strike location.

Learning that the milled area was expanded by 95%, and the head is built around a strong titanium t-bar chassis, I wasn’t surprised that the sound and feel are consistent.   The limited audible and tactile feedback is simply the result of a unified design that’s focused on delivering reliable and strong performance. 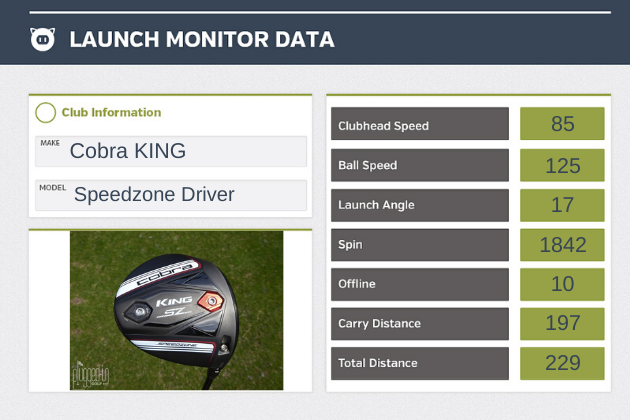 The two design features described above constitute the power and strength ‘zones’ – two of the SPEEDZONE driver’s six performance zones.  To increase potential club head speed Cobra utilized 360 Carbon Wrap, saving 25 grams of weight in the crown (light zone), and an aero shape to harness airflow and reduce drag.  For low CG, Cobra positioned even more weight low and deep than in the F9 SPEEDBACK, and strategically placed weight in the front corners of the head to create the stability zone for high MOI.  That’s a lot to process and it boils down to maximizing performance, even on mishits. 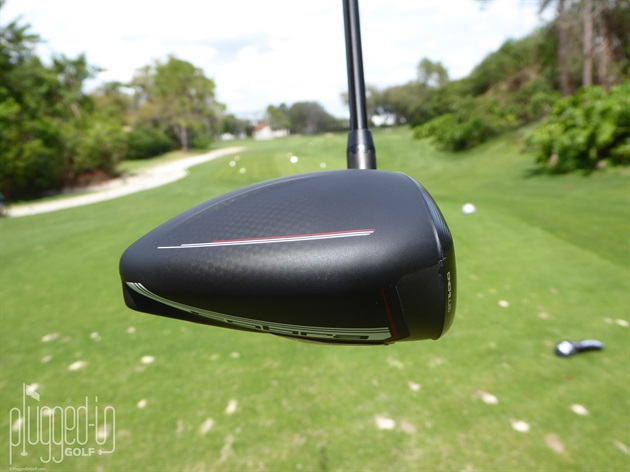 On the launch monitor at Club Champion, my performance numbers were rock solid across the board.  Most notable was the remarkable consistency.  The penalty for mishits was minimal.  It’s such a nice feeling to look up and see positive results even when I could tell my swing was off or contact location wasn’t great. 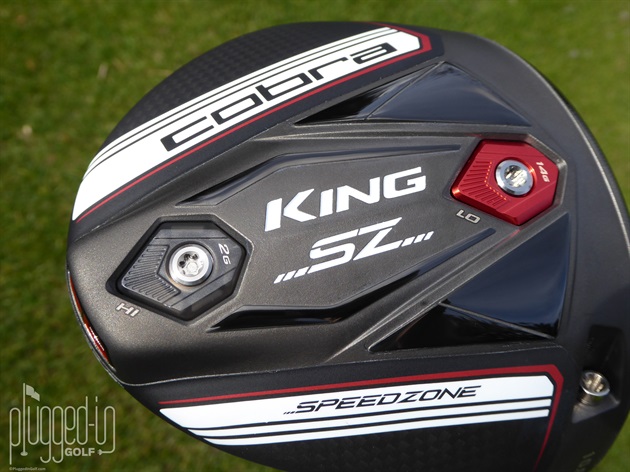 The numbers presented above were with the weights in their stock position – 14 gram weight forward, 2 gram back.  Flipping them, my numbers moved counter to logic.  With the heavier weight in the rear, my launch angle and spin went down slightly while carry and total yardage improved a bit.  More reason why, as you’ll often hear us preach at PIG, you need to try clubs yourself. 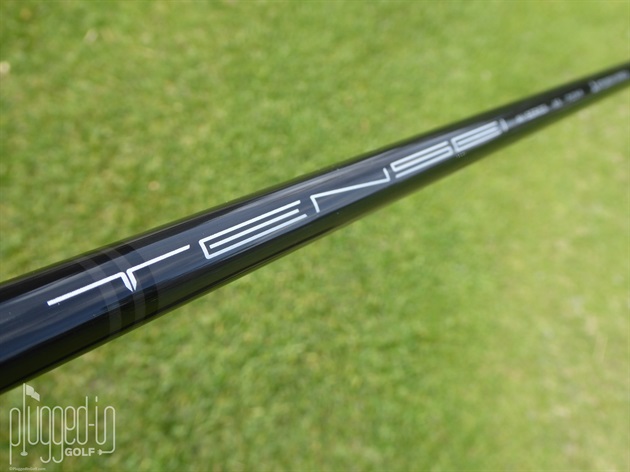 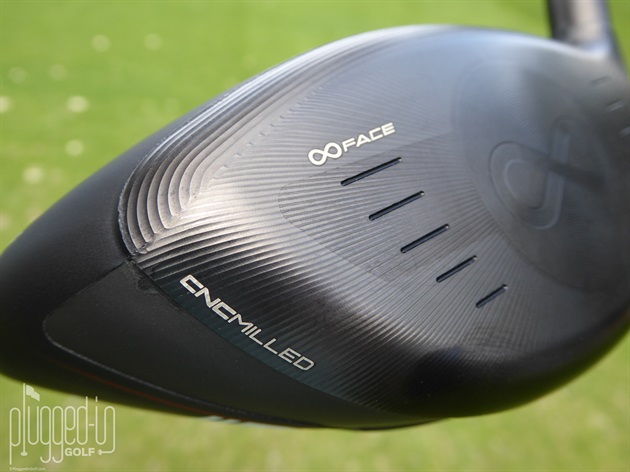 In its pursuit of a fully CNC milled face, Cobra seems to have found its “face with no limits.”  The face, when combined with the other five performance zones, gives the KING SPEEDZONE driver a wonderful balance of power and consistency.  Appealing looks and adjustability have this driver destined for my bag. 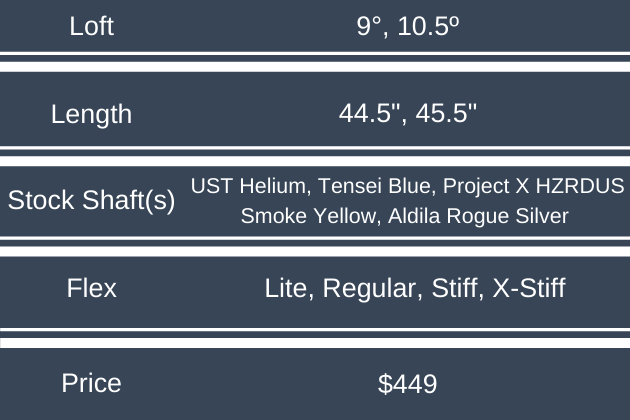