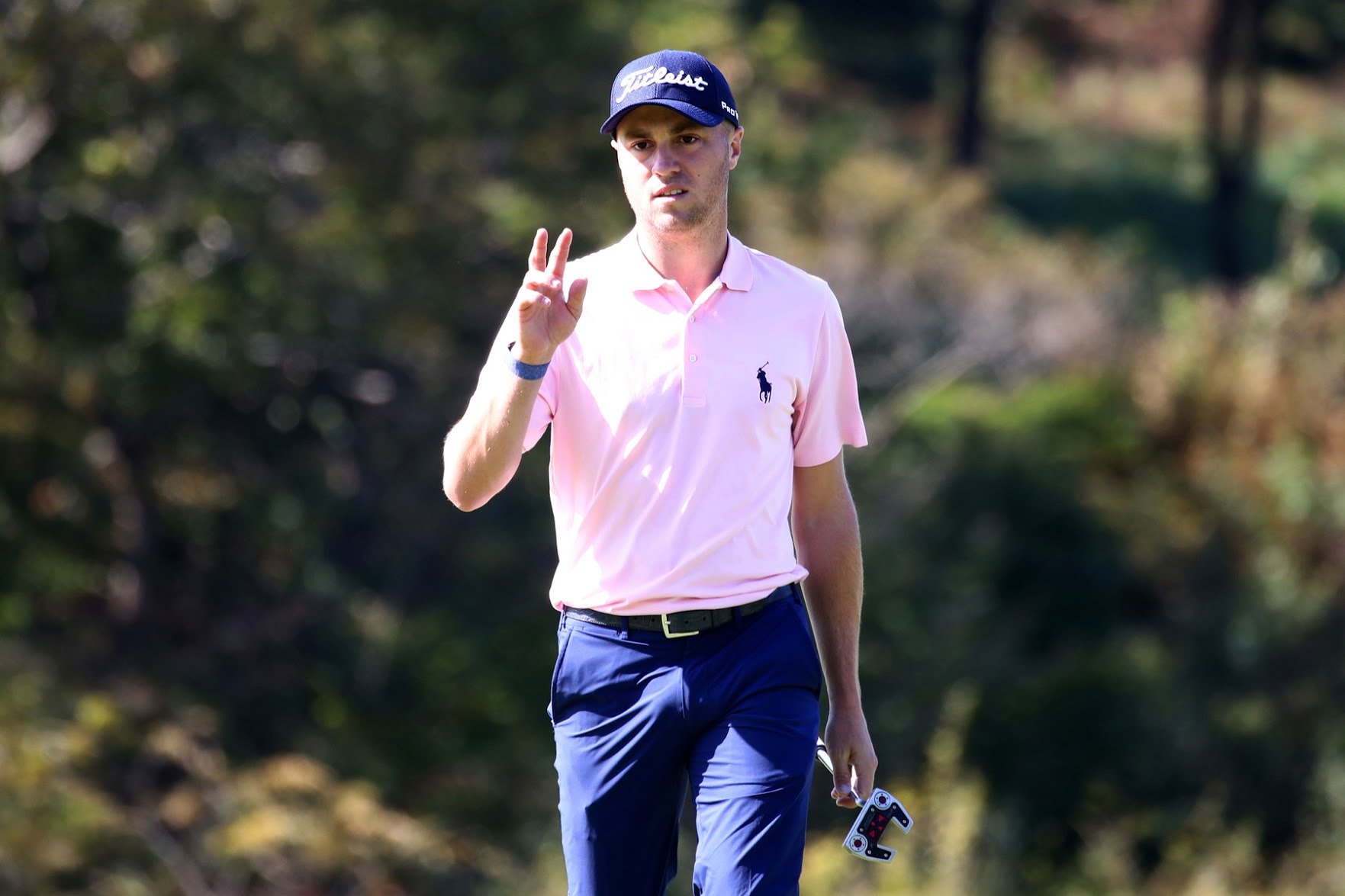 Jeju Island, South Korea – Justin Thomas out-duels Danny Lee for his 11th professional victory and his second win at the CJ Cup at Nine Bridges.  It seems that this course fits Thomas well as he has won twice in 3 starts in the South Korean tournament.

Justin Thomas was a Sunday morning co-leader alongside PGA Tour winner Danny Lee.  The final group was being chased by quite a few veteran golfers.  Hideki Matsuyama and Gary Woodland both had chances to catch the leaders but were unable to capitalize on their opportunities.  Also in the final pairing was Cameron Smith who was unable to keep up in the fight, despite an eagle on his 72nd hole.  Even Danny Lee had missed opportunities which all came to a head at the 14th when Thomas made birdie to Lee’s par and finally separated the two by one stroke.  Lee then followed that with back-to-bogeys at the 15th and 16th.  Thomas cruised to victory from there with a birdie at the last to seal his 4th fall-season win.

The PGA Tour moves over to Japan next weekend as the ZOZO Championship will be contested at Accordia Golf Narashino Country Club.