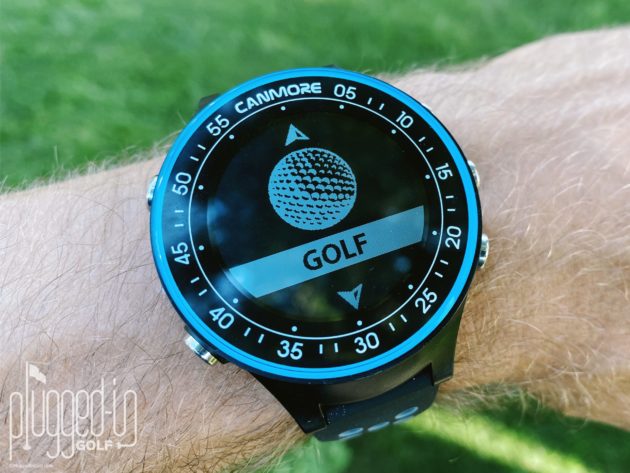 The CANMORE TW353 and TW410G are budget-friendly GPS watches.  Accuracy is hit and miss.  Speed is lackluster. 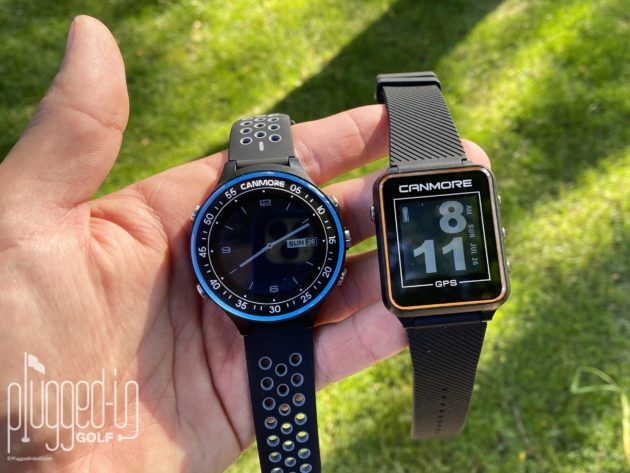 While the prices of golf clubs seem to be constantly rising, the prices of golf technology continue to become more affordable.  One company putting more technology in the reach of the budget conscious golfer is CANMORE.  I tested their two golf GPS watches, the TW353 and TW410G, to see how much performance they could offer for a low price. 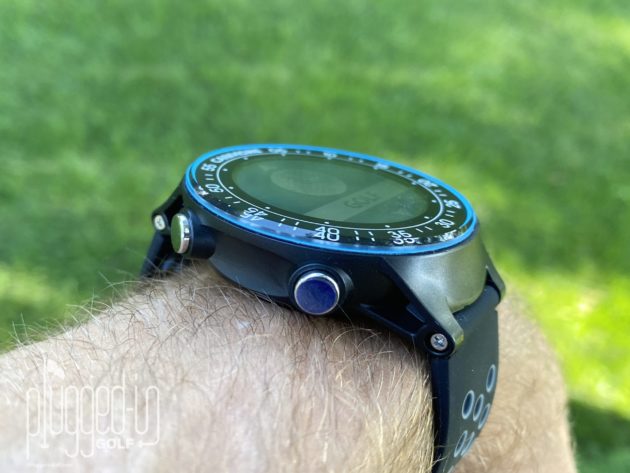 Both of the CANMORE golf GPS watches arrived with little more than the necessities.  Each small box contained the watch, a brief instruction manual, and the charger.

I was pleasantly surprised to find that each watch arrived approximately 2/3 charged, but I topped off the batteries before testing just in case.  Both watches use the same proprietary charger which connects to a USB port and attaches to the watch with two small magnets.  The magnets are not strong, which has positives and negatives.  On the plus side, grabbing the watch while it’s charging won’t cause you to upend your computer.  The downside is that it doesn’t take much to jostle the connection loose and stop charging.

In terms of ease of use, these watches are average.  The TW353 and TW410G have four and five buttons, respectively, and the major functions are easy to find using trial and error.  Figuring out the Shot Measurement and Distance to Hazards features took a little more doing – both require pressing and holding certain buttons.  Reading the manual before heading to the course isn’t a bad idea. 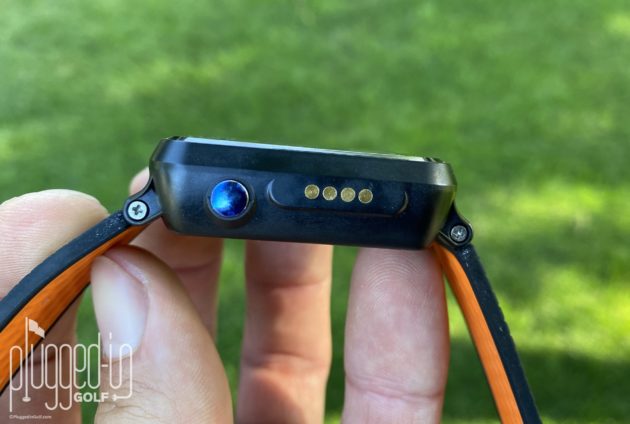 Let’s start with a quick breakdown of the features on these two watches.  The CANMORE TW353 has courses pre-loaded, measures shot distances, gives front/middle/back of green yardages and distances to hazards, is waterproof, keeps your score, runs for 14 hours in GPS mode (60 days in time mode), and has 128 X 128 resolution.  The CANMORE TW410G is the more premium of the two GPS watches.  It has everything that the TW353 has plus it has higher resolution (240 X 240) and an activity tracker.  It’s also worth noting that the band on the TW410G is much softer and more comfortable.

On the course, the TW410G got off to a better start, locking in to a satellite and locating the course I played in just a few seconds.  The TW353 took about a minute.  After that, they performed similarly, which is to say that neither was overly impressive. 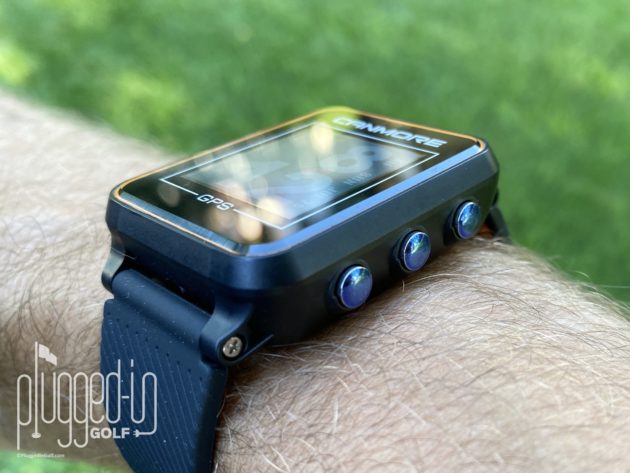 In terms of speed, neither watch kept up with me while walking.  When I got to my ball, I needed to wait as much as 6 seconds for the watch to register a consistent distance.  If you’re thinking that this is a real first world problem, you’re not wrong, but most GPS units that I’ve tested change with every step and have a distance ready when I stop at my ball.

What was more troubling was the inconsistent accuracy.  There were times when both watches matched the sprinkler heads or on-cart GPS perfectly.  Other times, the two watches – one on each arm – displayed distances a full 7 yards apart (I wish I had that kind of wingspan!).  Most troubling, there were times when one or both watches would be 9 yards off from the sprinkler head or on-cart GPS.  To be clear, most of the time both watches were within 2-3 yards of the correct distance, but these outliers are problematic. 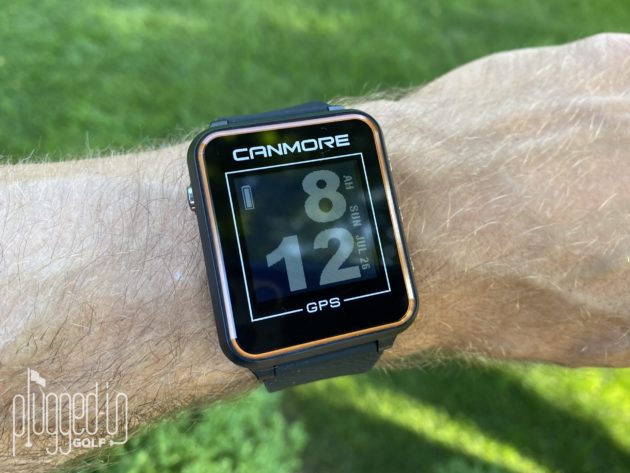 The CANMORE TW353 retails for approximately $100 (price varies slightly depending on color).  For $129, you can get the TW410G.  This is a rare instance where I would recommend to most golfers that they spend a little more money.  I think the lack of speed can be overlooked but the accuracy issues cannot. 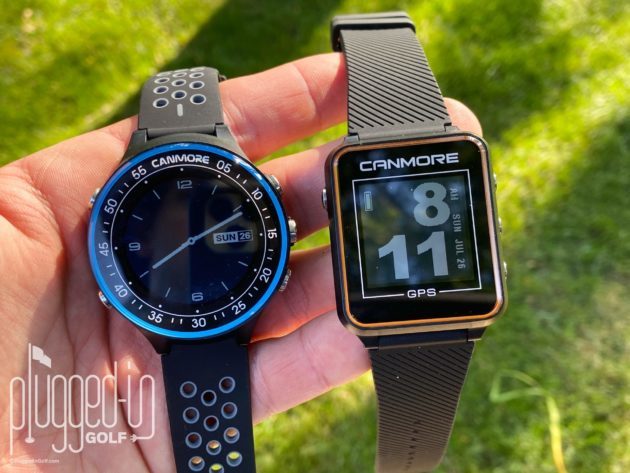 While I applaud CANMORE for trying to bring down the price of GPS watches, the performance of these watches is not good enough to merit a recommendation.  If you want to get a GPS watch in this price range, the TecTecTec Ult-G [review HERE] is a much better choice.