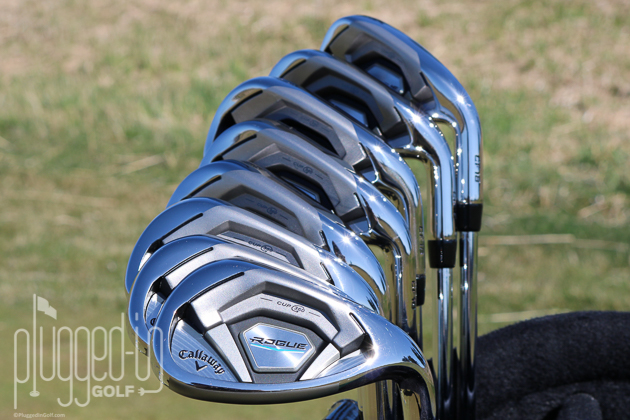 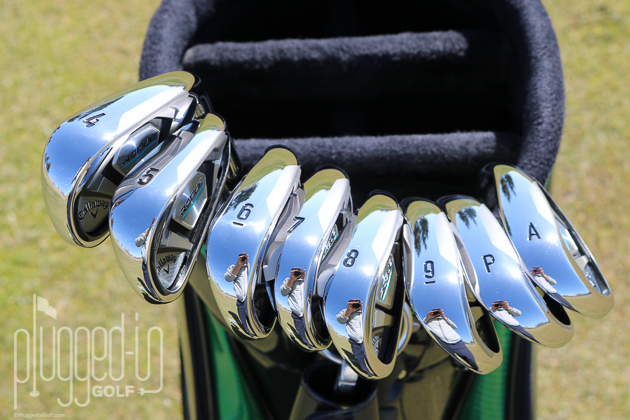 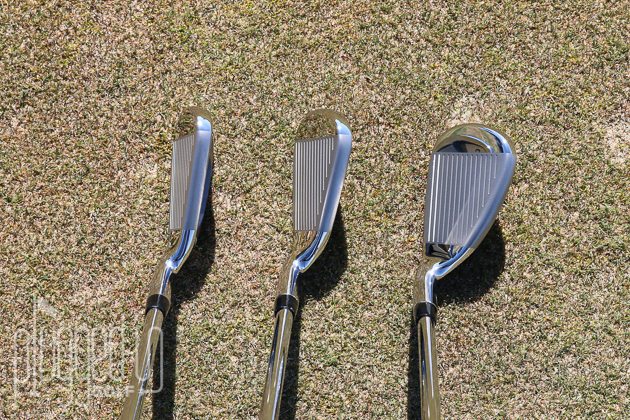 Fans of Callaway’s game improvement irons will feel very comfortable looking down at the Rogue irons.  The top line is fairly thick and there’s a healthy amount of offset. 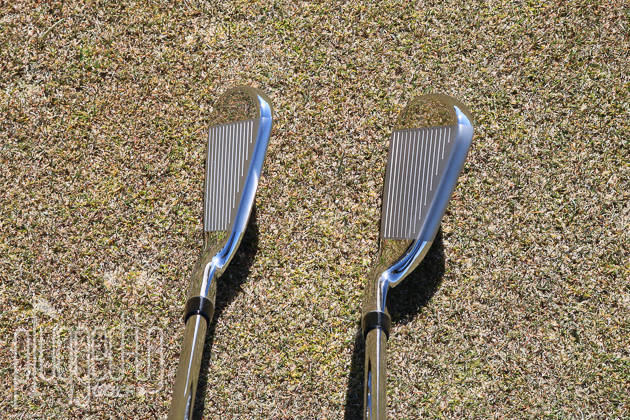 What surprised me is how compact the club looks from heel to toe at address.  Putting it next to the Rogue Pro (above, left), it’s clearly a longer iron, but something about the shaping and finish make it appear smaller. 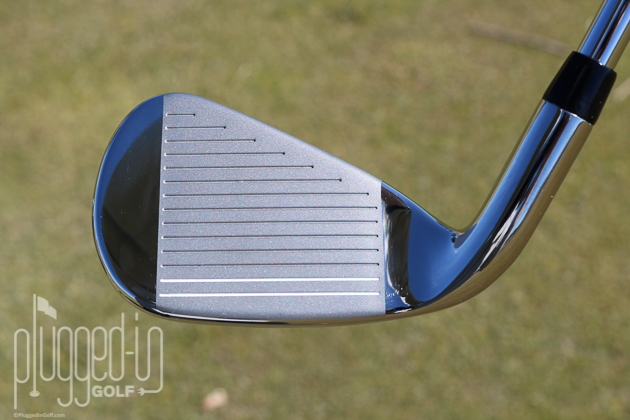 One of Callaway’s focuses in developing the Rogue iron was dialing in the sound and feel of a thin faced iron.  Thin faces are great for performance, but not for feel.  To combat this, they used elastic-urethane microspheres to dampen the vibration of the face without negatively impacting COR.

The result of all this innovation is an iron that produces a firm “clap” when it connects with the ball.  It’s a unique sound – neither a speedy “click” nor a forged “thud” – and I found it quite satisfying.

The Rogue irons provided good feedback for a game improvement iron.  I didn’t feel like I had pinpoint accuracy in locating impact, but I could easily distinguish a mishit from a pure strike. 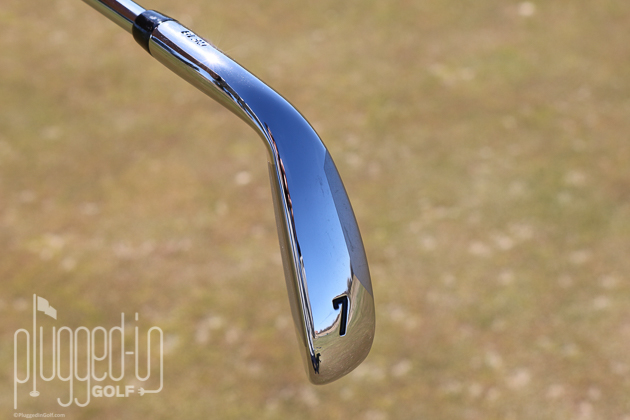 Every Rogue club that I’ve tested so far as been long, from the drivers to the truly ridiculous fairway woods.  Thus, it came as no surprise when the Rogue irons went 10 yards longer than my gamers…with the stock shafts.

You can point to strong lofts as part of the explanation, but that’s not the whole story.  The ball speed and smash factor that the Rogue irons produce are extremely high.  With a 6I, I was routinely over 1.4 smash factor (smash factor shows how efficiently a club turns club head speed into ball speed).

The other impressive thing about the Rogue irons is the forgiveness.  In a testing session that had some good swings and a number of bad ones, I didn’t see any smash factor numbers below 1.38.  Just as importantly, my shot pattern was tight.  Catching the ball a little toward the heel or toe barely mattered to the final result. 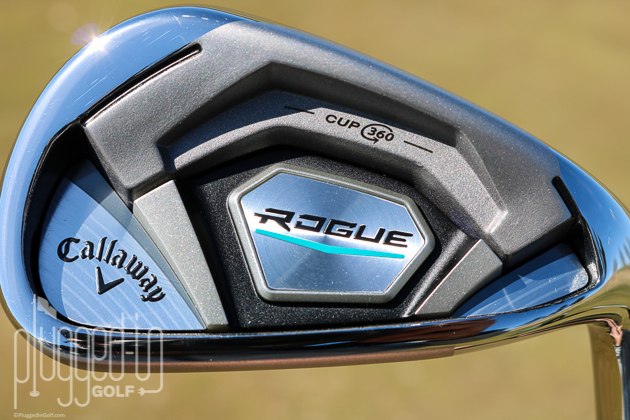 If you’re in the market for game improvement irons this year, the Callaway Rogue irons should be on your demo list.  They’re long, they’re easy to hit, and they put the ball in a tight circle whether you strike it perfectly or not. 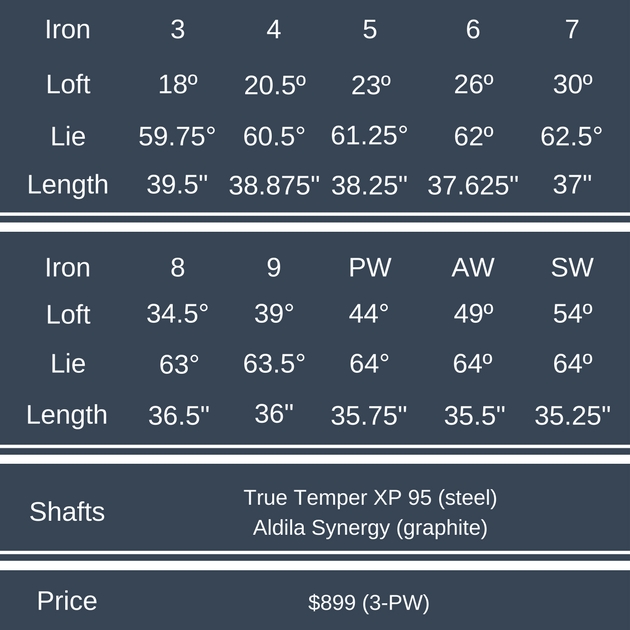