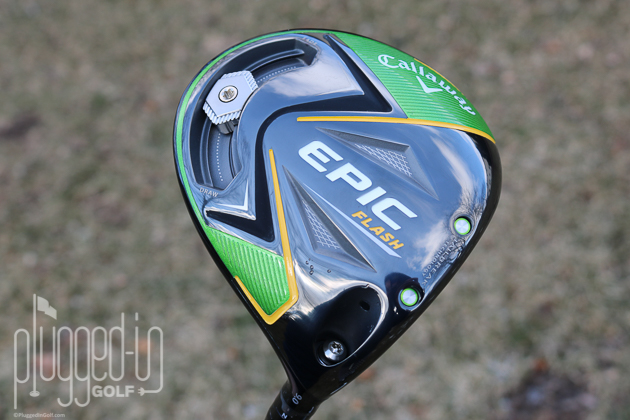 The Callaway Epic Flash driver is at the leading edge for forgiveness.  Great look.  Easy to use, meaningful adjustability. 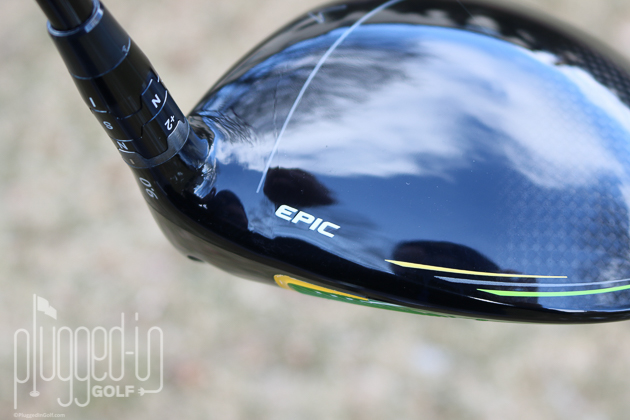 In a year of interesting driver stories, there may not be a more compelling one than that of the Epic Flash.  This driver has a new face design – Flash Face – which Callaway created using super computers, artificial intelligence, and machine learning.  With these new techniques, simulations that used to take weeks now take days or hours, allowing Callaway to try hundreds or thousands more designs before settling on the best one.  I was very excited to test one to see how all this computing power translated to the course. 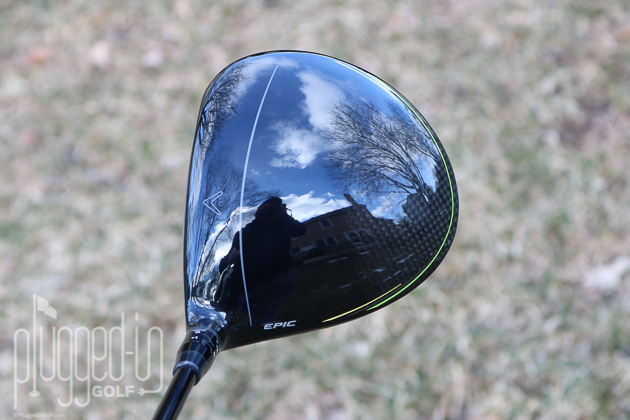 I’ve noted in the past couple years that Callaway has put out clubs with the best headcover-to-grip aesthetics, and the Epic Flash is no exception.  Your hands will grip a Golf Pride MCC Align in a new-for-2019 green.  Your eyes will travel down to a crown with thin stripes of green and gold on a black carbon fiber backdrop.  And, though my Bears fandom doesn’t love the colors, I have to applaud the bold design of the head cover. 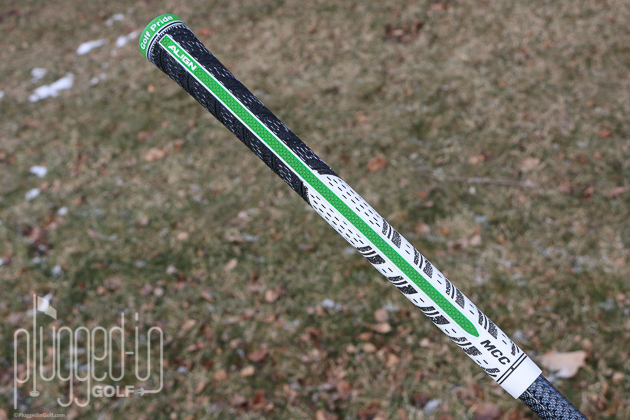 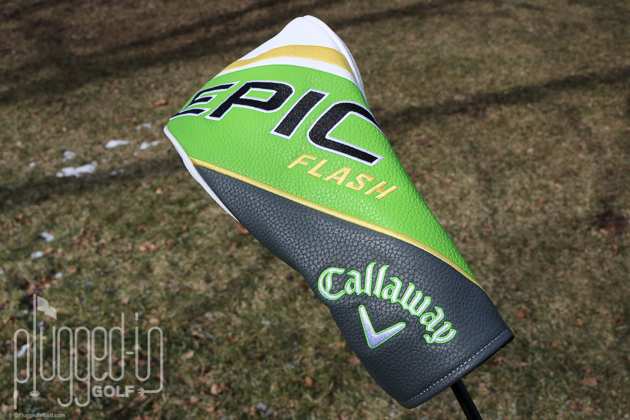 Moving on to the shape, the Epic Flash is a compromise between the playerific Epic and the high MOI Rogue.  The Epic Flash is neither round and compact nor stretched and triangular.  Callaway’s carbon-to-black transition in the crown makes it appear smaller as does arc behind the chevron alignment aid. 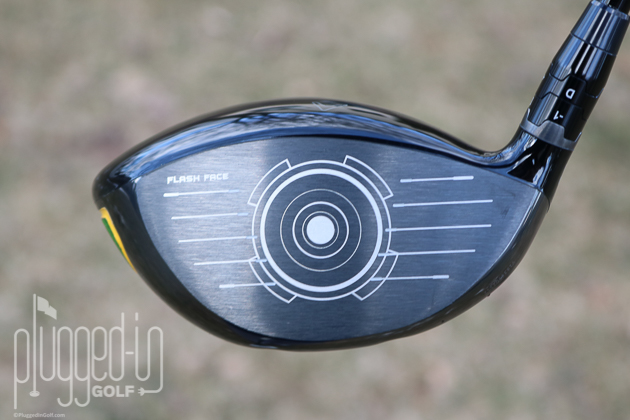 When the golf ball meets the Flash Face, you’ll hear a crack that falls right in the middle of the sound spectrum.  It’s not a hollow sound, but it’s not wooden-bat-solid either.  The volume and pitch are neither too high nor too low.  All that to say, the Epic Flash sounds good.  It sounds fast and explosive without making you reach for earplugs. 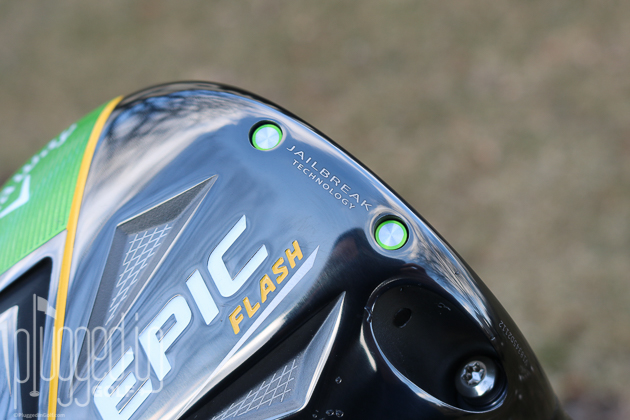 What surprised me, given how stable the head feels, was the amount of feedback.  There’s good audio feedback and plenty through the hands.  From the first session, I was able to locate impact precisely and get my swing dialed in. 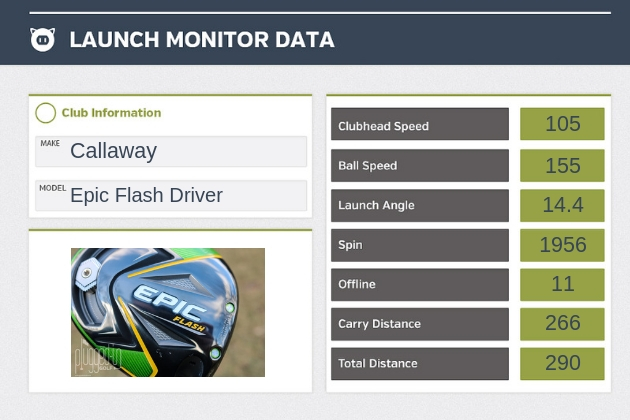 Callaway has a trio of technologies at work to make the Epic Flash long, even when your swing is wrong.  The new one is Flash Face, the club face designed by AI.  That’s combined with Jailbreak and a lighter carbon fiber in the crown which gives Callaway more discretionary weighting.

Since it’s winter in Chicago and my game, especially the driver swing, is rusty, I was able to put the forgiveness of the Epic Flash to a stringent test.  The Epic Flash was impressive.  This is the first driver that is the unquestioned peer of my gamer when it comes to retaining ball speed on mishits.  It also keeps spin rates stable which translates to consistent, long carry distances. 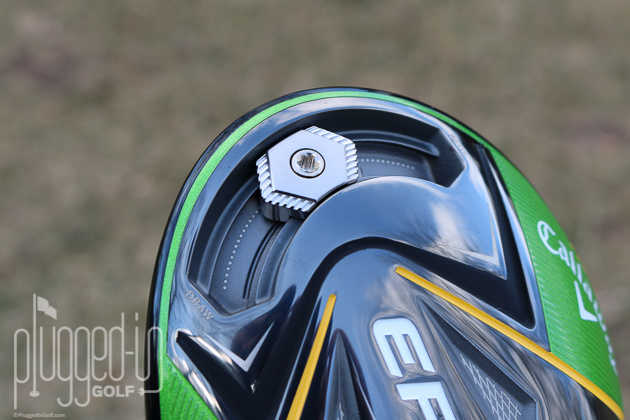 After a year off with Rogue, Adjustable Perimeter Weighting has returned to Callaway’s drivers.  The 16 gram slider is both easy to understand and easy to use.  Slide it toward the word “Draw” and the club becomes more draw biased.  The results of sliding the weight are noticeable.  For me, putting the weight in the toe kept my worst hooks on the planet and produced a soft fade when I made a good swing.

More adjustability is available at the hosel with the Opti-Fit adapter.  You can reduce loft by 1 degree or add 1 or 2 degrees.  The lie angle can also be made more upright.

Finally, Callaway is offering an array of premium shafts with the Epic Flash.  The Project X HZRDUS Smoke is the lowest launching, the new Tensei AV is the mid-launch profile, and the EvenFlow Green provides a lighter, higher launching option. 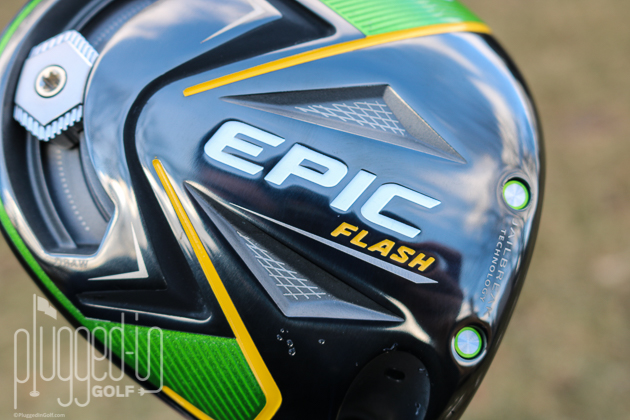 The Callaway Epic Flash is the first 2019 driver that we’ve reviewed, and it has set the bar extremely high.  It’s hard to find fault with it.  It looks and sounds good.  The adjustability is simple and impactful.  Most important, it produces great ball speed and long drives on both pure strikes and mishits. 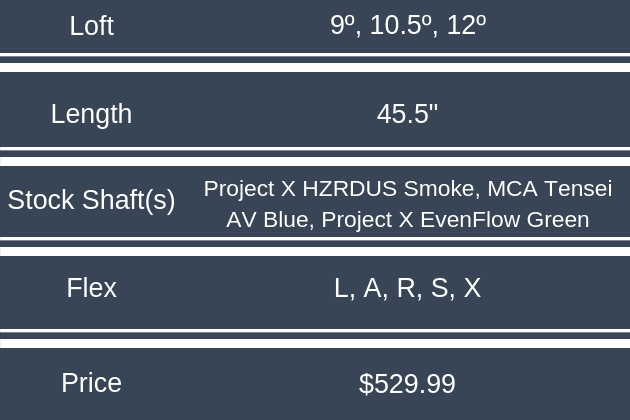