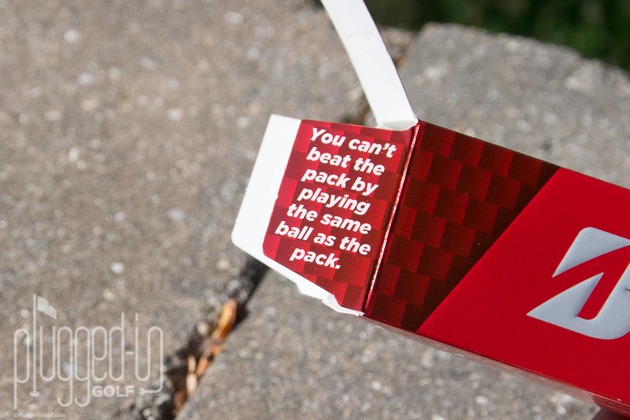 The new Bridgestone Tour B golf balls provide premium performance to a wide range of players.

The message has also shifted slightly.  No longer are the various balls fit by swing speed but rather by score – X and XS for “Low,” RX and RXS for “Low-Mid.”

All this rebranding is fine, but the real question is, does the ball still perform? 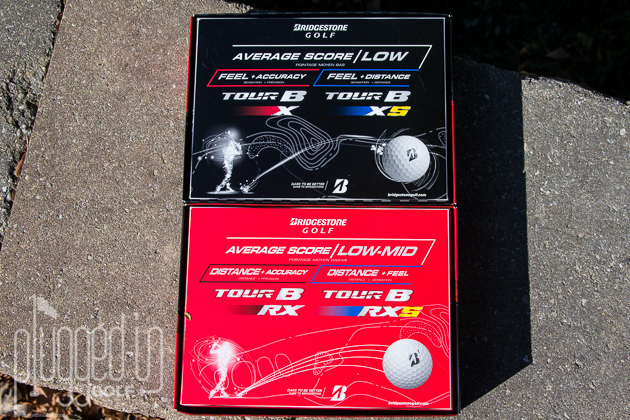 My first impression of the Bridgestone Tour B golf balls was how soft all of them are.  Even the firmest model, the Tour B X, feels noticeably softer than I had expected.

In the long game, there’s a significant difference between the X series balls and the RX balls.  The RX balls give you a pronounced feeling of compressing the ball, where the X balls provide the firmer feel you’d expect from a tour ball.

When it comes to the putter, there’s a range of softness.  The Tour B X is the firmest – it doesn’t mush into the putter face and the cover has a touch of “click” to it.  On the other end, the Tour B RXS has a soft cover with no discernible “click” and it feels like it compresses even on a short putt.  Both the Tour B RX and the Tour B XS feel similar – a very slight “click” and a touch of compression at impact. 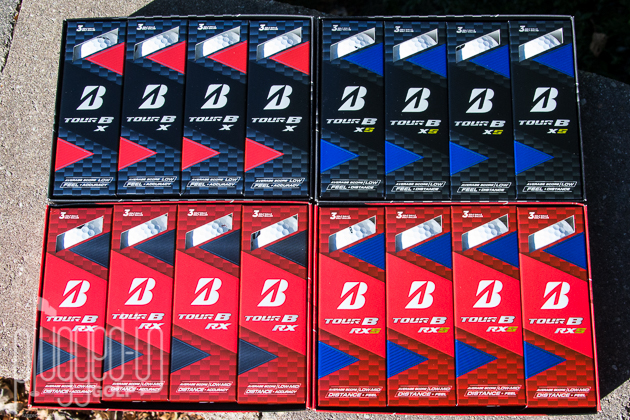 In Bridgestone’s previous generations of tour balls, there was a measurable difference in spin between the models.  What I found in this new series is that they all have very high spin off the wedge.  I think this is a big step forward because there’s no longer a trade off to be made between the long game and short game.  No matter which ball you pick to get maximum distance, you’ll get nearly the same performance in the short game. 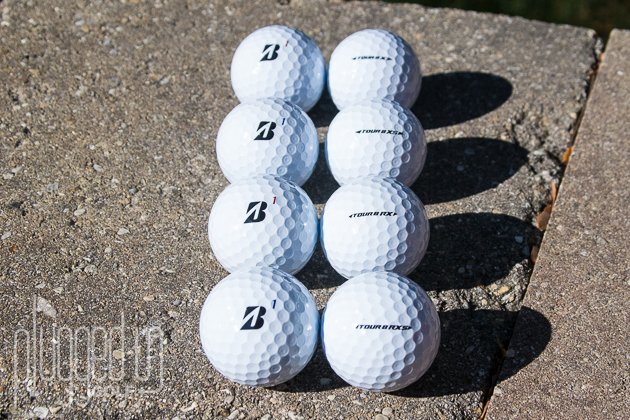 While the performance of the Tour B golf balls is more similar in the short game, the gap is larger in the long game than I’ve experienced previously.

First, the difference between the Tour B X balls and the Tour B RX balls is significant when it comes to ball speed.  At around 105 MPH swing speed, I averaged 3 MPH more ball speed with the X balls than the RX.  My expectation is that players with less than 100 MPH of swing speed would see the same gap in the other direction.

The other major difference is in driver spin.  With past generations, I found the X and XS balls to be fairly similar in driver spin.  This time around, Bridgestone has made the Tour B X insanely low spinning and markedly different than the XS.  With the Tour B X, I was hitting drives that carried less than 200 yards because they had so little spin.  As a low spin player, I needed the additional spin of the XS to maximize my distance.

In looking at the spin of the RX golf balls, I found the Tour B RX to be similar to the XS.  The Tour B RXS was slightly higher spinning than the Tour B RX, but the gap was not as big as the one between the X and XS. 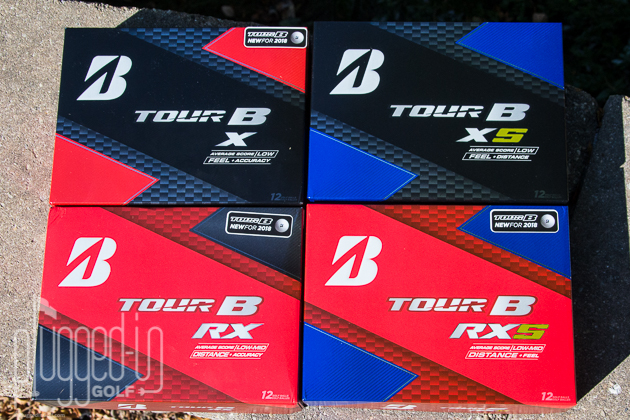 At the risk of sounding like a shill, I do think that the new Bridgestone Tour B golf balls are their best yet.  By creating a bigger difference between the balls off the tee, they’re going to be able to help more players maximize their distance.  Coupled with a leveling out of the short game spin, Bridgestone has made it so that there’s no compromise required between distance and short game control.