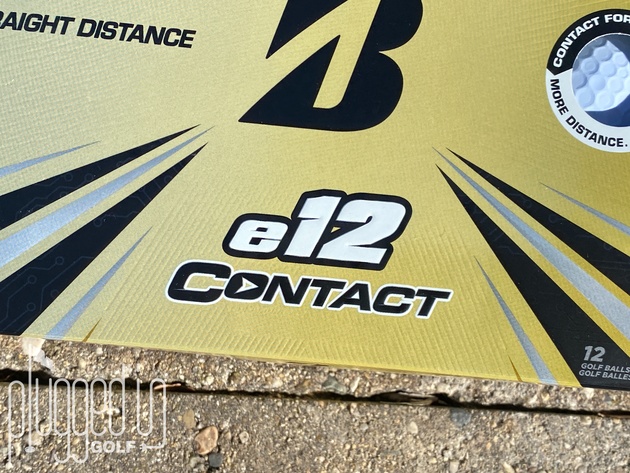 The Bridgestone e12 Contact golf ball bridges the gap between distance balls and Tour balls in the short game while providing more forgiveness in the long game. 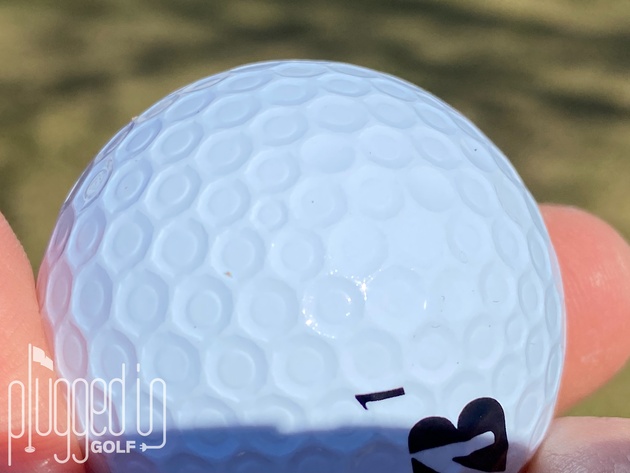 Last year, Bridgestone stole all of the excitement around golf balls with their new Tour B [review HERE].  The hype was well-deserved because the REACTIV Urethane Cover performed exactly as advertised.

This year, Bridgestone has again claimed the biggest story in golf balls with their e12 Contact.  This new mid-priced model has a dimple that’s unlike anything we’ve seen before, and it promises to raise the bar on performance. 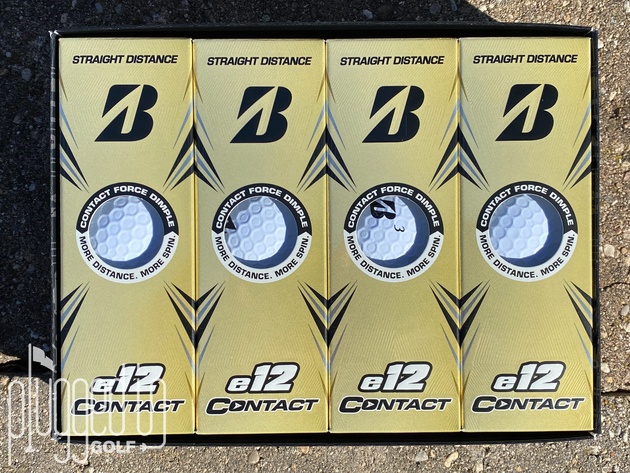 The Bridgestone e12 Contact hits a sweet spot for me in terms of putter feel.  Longer putts get a little of that “low compression marshallow” feel, but not so much that the ball feels like it won’t get to the hole.  Similarly, the sound wants to be a dull “thud,” and it is very quiet, but it’s just a touch staccato. 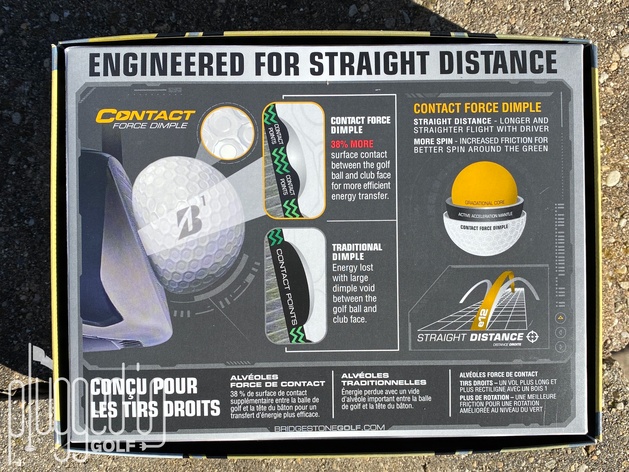 With a wedge, the e12 Contact creates a very satisfying feel.  This ball feels soft off the face in a way that’s a combination of soft cover and low compression.  It’s not fully the Tour-ball urethane cover feel nor the marshmallow-y low compression feel, but something uniquely its own. 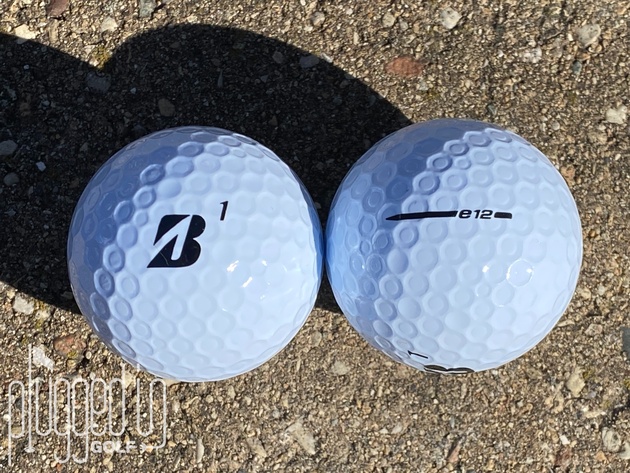 One of the supposed benefits of the Contact Force dimple is that it creates more friction with the club face and thus more spin around the green.  In testing the e12 Contact head-to-head with the Bridgestone e6 and Tour-level balls, I found this claim to be true.  The Bridgestone e12 Contact spun noticeably more than the e6 which does not have the new dimple.  It still trails a Tour-level ball in spin by about 10%, but that’s significantly closer than many mid-tier golf balls. 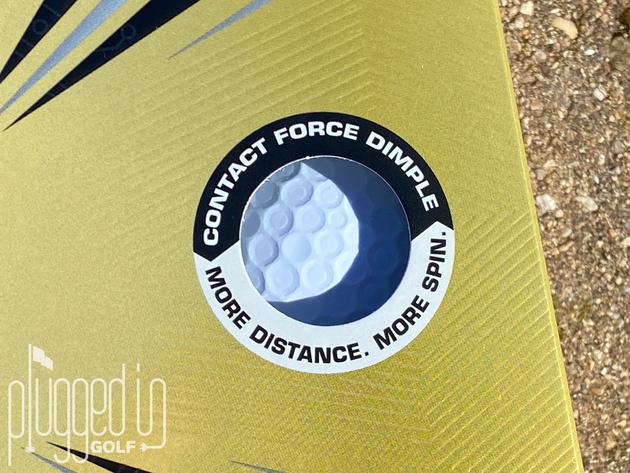 The real selling point of the e12 Contact is, to quote Bridgestone, “straight distance you can see.”  The Contact Force Dimple claims to create more ball speed, thanks to greater contact with the club face, and lower spin for straighter shots.  In my driver testing, I found the e12 Contact is as low spin as the lowest-spinning Tour balls.  If you hit ballooning, curvy shots off the tee, you will love the e12.  It will not only give you more distance, it will keep you out of the trees.  I also saw a slight uptick in ball speed compared to e6.

This low spin performance carried over to the irons.  I was seeing significantly less spin with the e12 than I did with a low spin Tour ball.  Again, for the player that needs to rein in the wild hooks and slices, the e12 will be fantastic.  That low spin also translated to greater distance with my short and mid irons, but decreased carry with my long irons.  As always, the key is getting the right equipment for your needs.  I’m a lower spin player.  Higher spin players may see distance gains throughout the set. 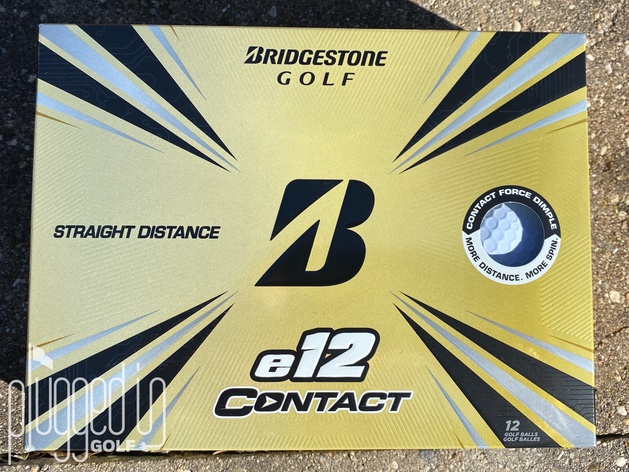 The Bridgestone e12 Contact sits squarely in the middle of the price spectrum at $30/dozen.  This price tier typically gets hand-me-down technology, but the Contact Force Dimple is a genuine upgrade that improves its performance in both the short game and the long game.

Whether you play it in white, matte green, matte red, or matte yellow, the e12 Contact is an outstanding golf ball and a great value.