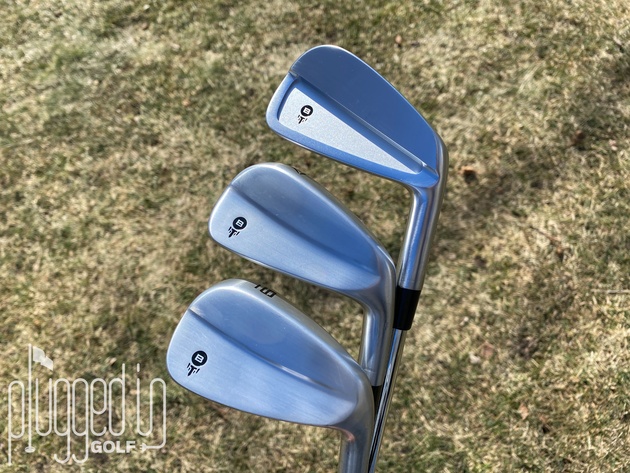 Ballistic Golf is making MB and CB irons with a classic look and superb feel.  CB is surprisingly forgiving.  Traditional lofts are great for the low spin or high speed players. 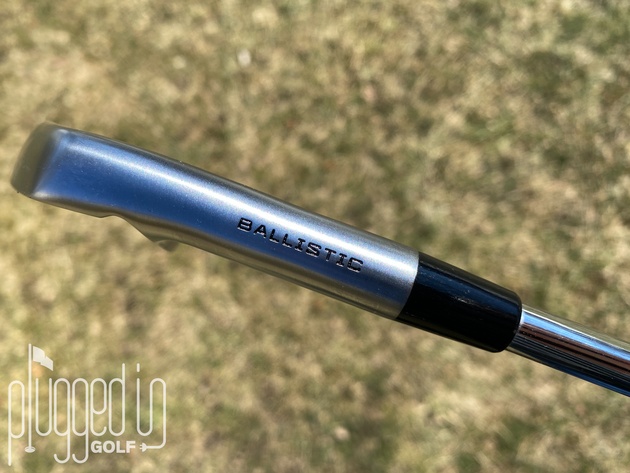 Like so many entrepreneurs, Kyle Carpenter launched Ballistic Golf to scratch his own itch.  He wanted to play clubs that he loved as much as he loves the game.   The result, after less than two years in existence, are two sets of irons: MB, muscle backs, and CB, cavity backs.  For this review, I tested the combo set, to see if a small company in Iowa can make clubs that compete with the biggest names. 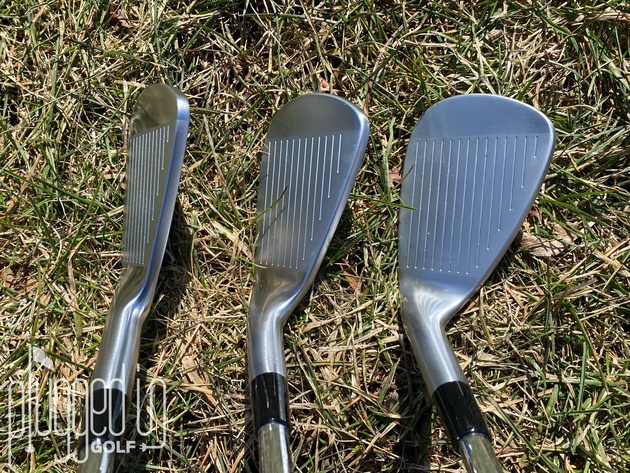 In the bag, Ballisitic Golf’s irons are very traditional and very desirable.  The MB has a soft, rounded shape with only the Ballistic logo on the toe.  The CB has a slightly more angular shape, but the cavity design is classic, and, again, it’s only adorned with one small logo.  Everyone I showed these irons to noted the clean, minimalist appearance. 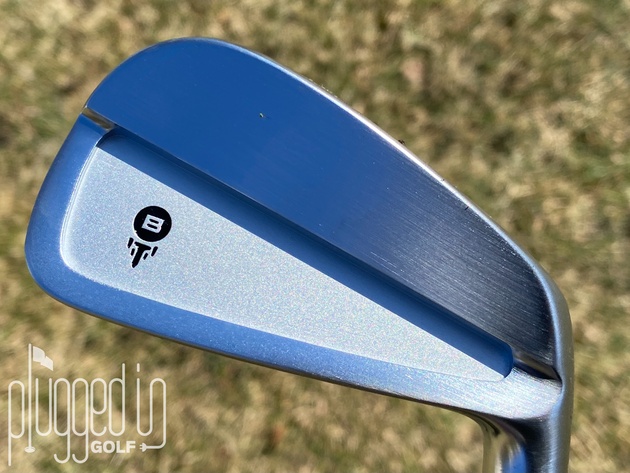 At address, the MB provides a couple small surprises.  First, it has a very full, rounded face in the pitching wedges which makes the club look a bit larger.  The progressive design shifts to a more traditional, but still full, shape in the 7I.  Also, the shaping around the heel gives it the look of having more offset than it actually does.  Unsurprisingly, the top line and sole are quite thin.

The progressive design of the MB irons flows seamlessly in the CBs.  Each CB iron has a beautiful, traditional profile.  There’s very little offset, the top lines are thin, and the shorter heel gives them a compact look. 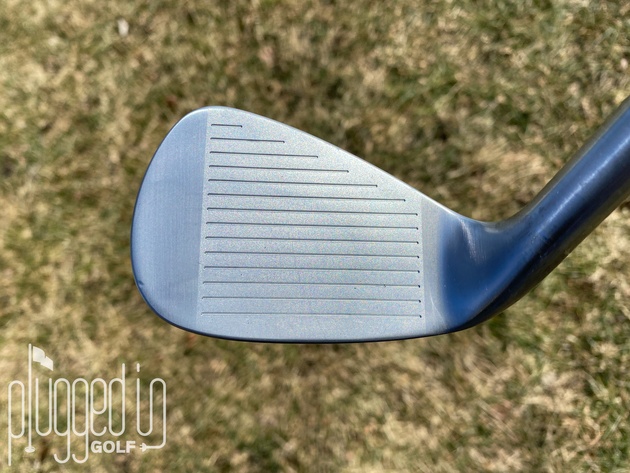 My first experience with the Ballistic MB irons was hitting a PW to warm up during the first outdoor session of the year.  My expectations for my swing weren’t high, but on impact I was met with the most beautiful soft, solid feel.  I immediately raked another ball.  Same exhilarating feel.  These MB irons are truly addictive to hit.  The feel is so satisfying on center, all I want to do is hit another shot. 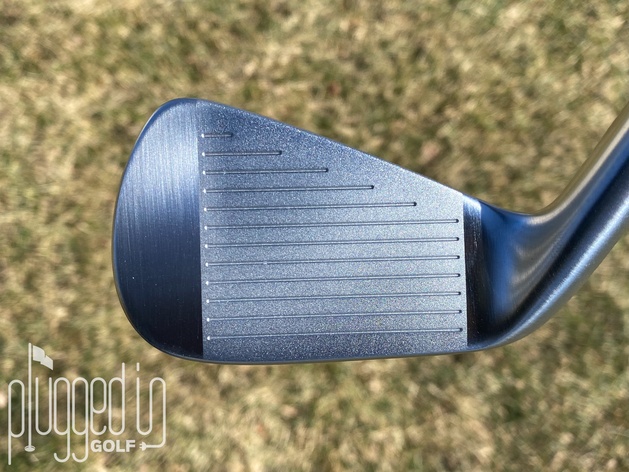 The feel of the CB irons is similar but with a small added bonus.  On those best-of-the-best shots, there’s a small, explosive snap that made me wonder if I hadn’t grabbed a more distance-driven iron by mistake.  It still feels soft and solid, but there is a feeling of added horsepower.

Finally, one of the most pleasant surprises about both the MB and CB irons is that there is excellent feedback without any harsh shocks.  In my first session with the MB, I was wondering, “Am I hitting everything pure?”  I paid more attention and realized that the club was telling me I was a little off center here and there, but it wasn’t the stinging rebuke most blades deliver. 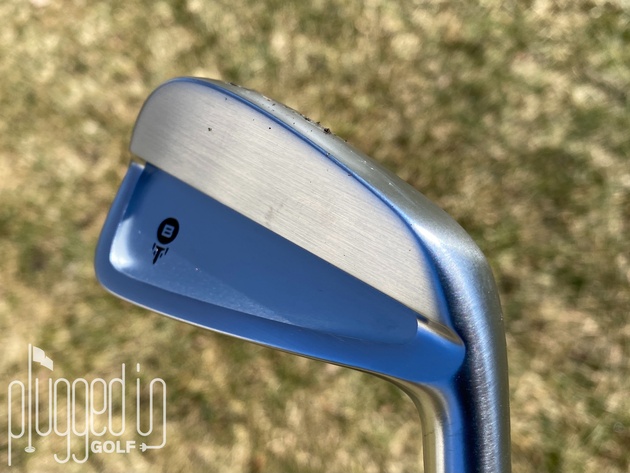 Reading through Ballistic Golf’s description of their irons is a refreshing change of pace from all the distance-centered hype of many OEMs.  You quickly get the picture that both the CB and MB irons are very traditional, designed for the skilled, discerning player.  The focus is on things like versatility, visual appeal, and turf interaction rather than how far the 6I goes.  All this, combined with some of the most traditional lofts you’ll find, set my expectations for how these clubs would perform.

As expected, the Ballistic irons produced towering iron shots with plenty of spin.  Compared to my gamer PING Blueprints [review HERE], the Ballistic irons are 2-3 degrees weaker, so they created several hundred RPM more and landed about 5 yards shorter, on average.  If you’re looking for the antidote to today’s low-spinning, super strong lofted irons, you’ve found it. 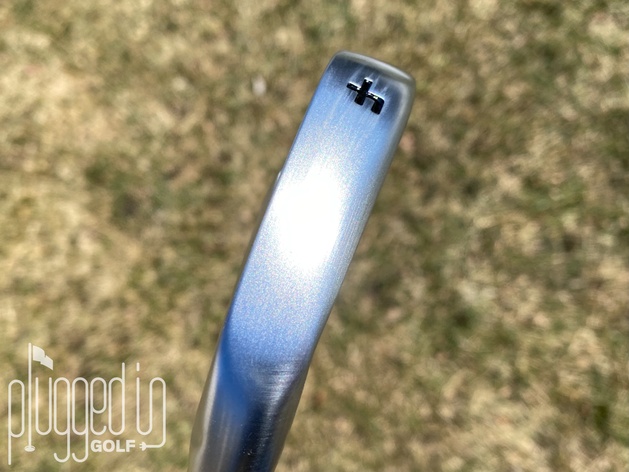 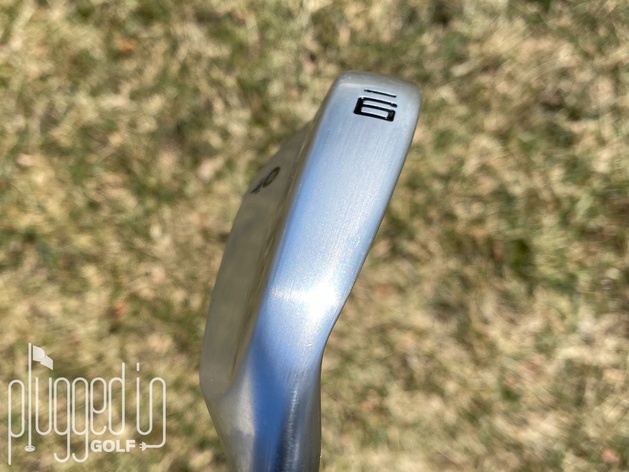 You might be asking what the virtue of traditional lofts and higher spin are.  As with anything, it’s all a matter of fitting the club to the player’s needs.  For players who have a lot of club speed and distance, these irons may create more playable yardages and better distance gaps.  The extra spin is also useful for holding firm greens and shaping shots.

Finally, perhaps the biggest surprise of this review was the level of forgiveness in the CB irons.  To be very clear, these are not comparable to high tech game improvement irons, but, compared to the MB, they are much more consistent in terms of ball speed and launch.  They’re also very friendly toward thin shots.  If you want a traditional iron but aren’t sure about diving into a full set of MBs, the CBs or the combo set are excellent options. 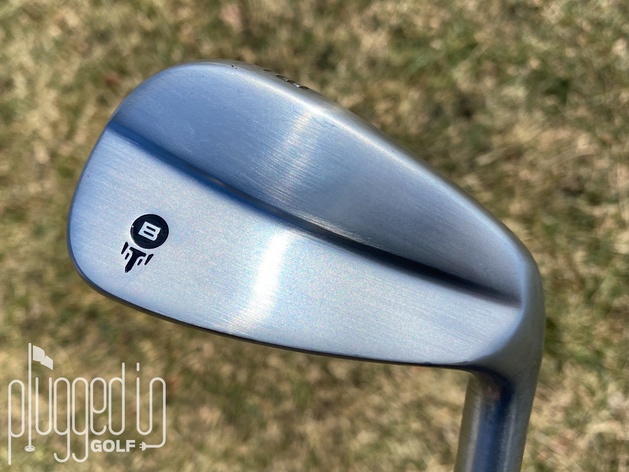 For the golfer who wants to get back to traditional-looking irons with traditional lofts, there aren’t many better options than the MB and CB irons from Ballistic Golf.  With the option to buy heads only or custom built sets, Ballistic Golf provides not only a brand you won’t find everywhere but personalized options, too. 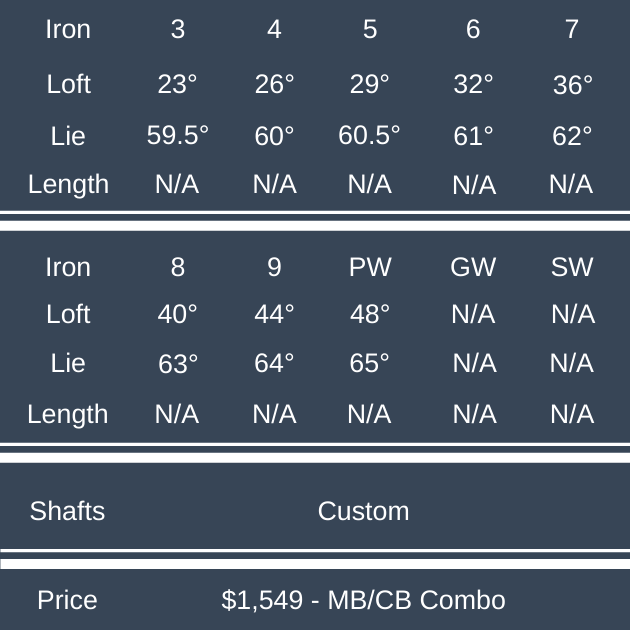