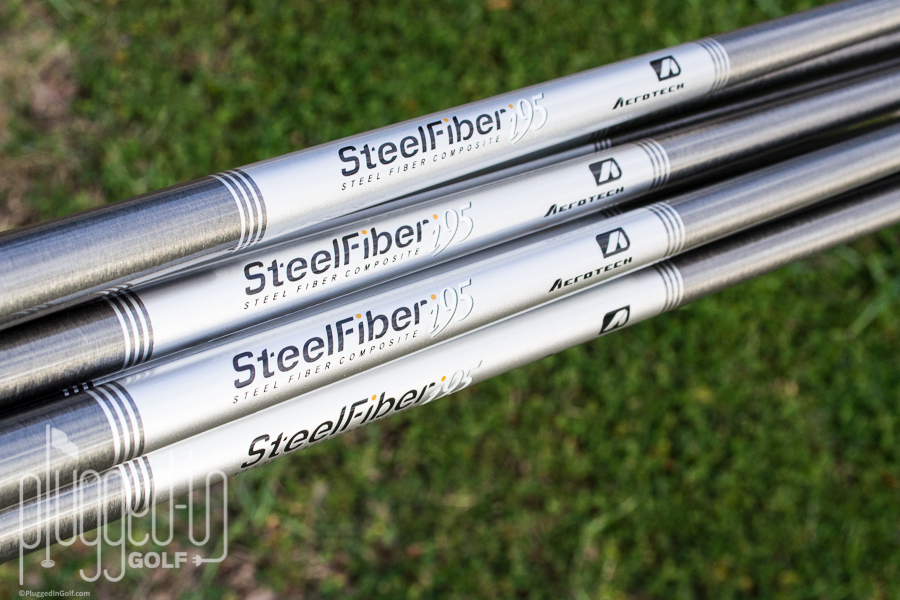 The Aerotech SteelFiber i95 has the most PGA Tour wins of any graphite iron shaft in history and is a great option to transition into a lighter-weight shaft. 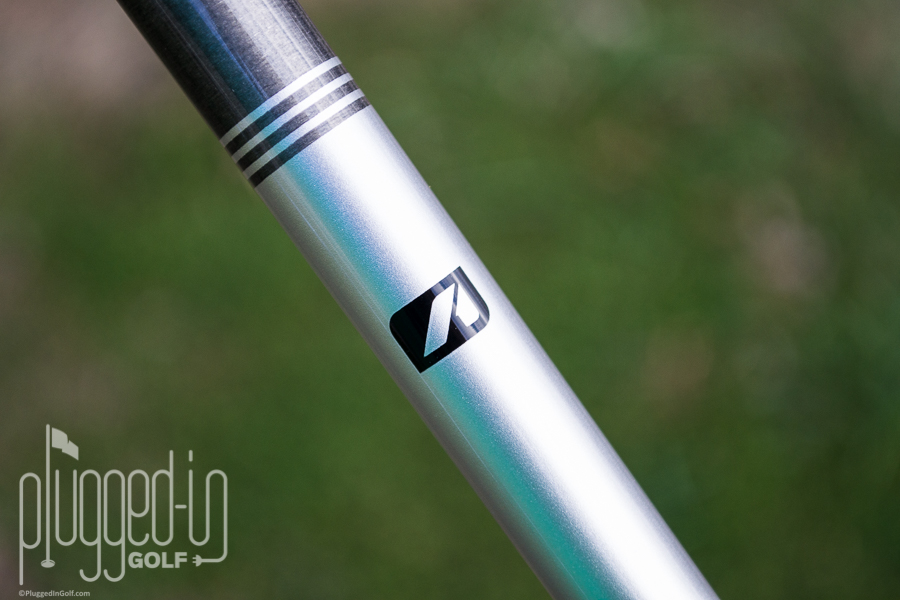 With names like Matt Kuchar and Brandt Snedeker putting the Aerotech SteelFiber i95 graphite shaft into play and having success on the PGA Tour, it’s no surprise that this shaft has begun to catch on across the golf world.  Coming in at 95 grams, the SteelFiber i95 is a great introduction into lighter weight graphite shafts designed to have better feel, consistency, and more distance.  Coming from steel shafts will definitely be an adjustment, but there is certainly potential to open your eyes to a new world of iron play you may have not experienced before. 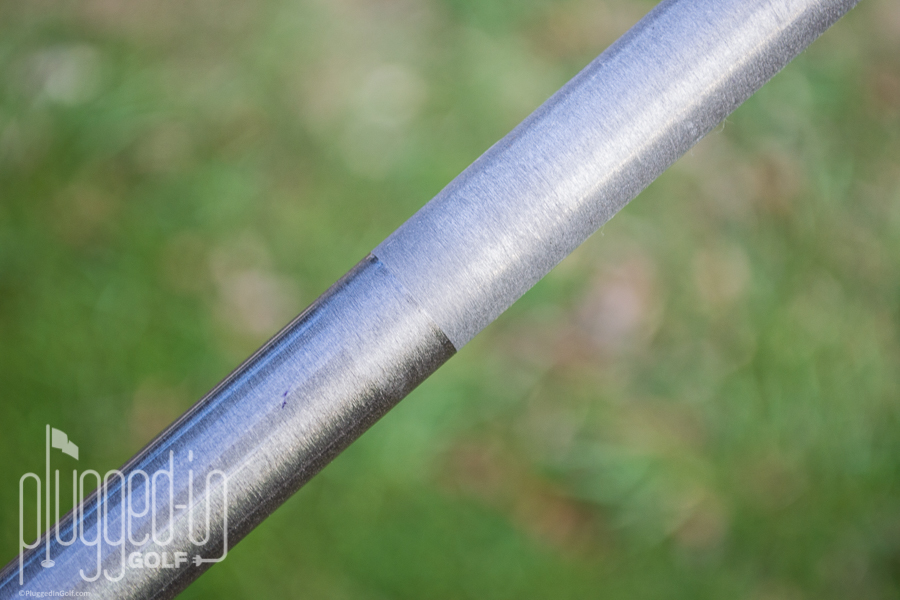 The Aerotech SteelFiber i95 shafts have a plain grey appearance with minimal branding.  The graphics simply do the job of telling you the brand and model of shaft in play.  Of course, first appearances can be deceiving.  At closer look, you notice the surface of the shaft has an appearance a of fine wire wrap.  What you are seeing is over 59 miles of SteelFiber, from which these shafts get their name, wrapped around the graphite core of the shaft.  Before butt trimming and gripping the shaft, you can feel the SteelFiber without the clear coat and you definitely get an appreciation for how impressive the construction of the shaft is.  Interesting to note, the diameter of the SteelFiber is approximately 1/10th of a human hair. 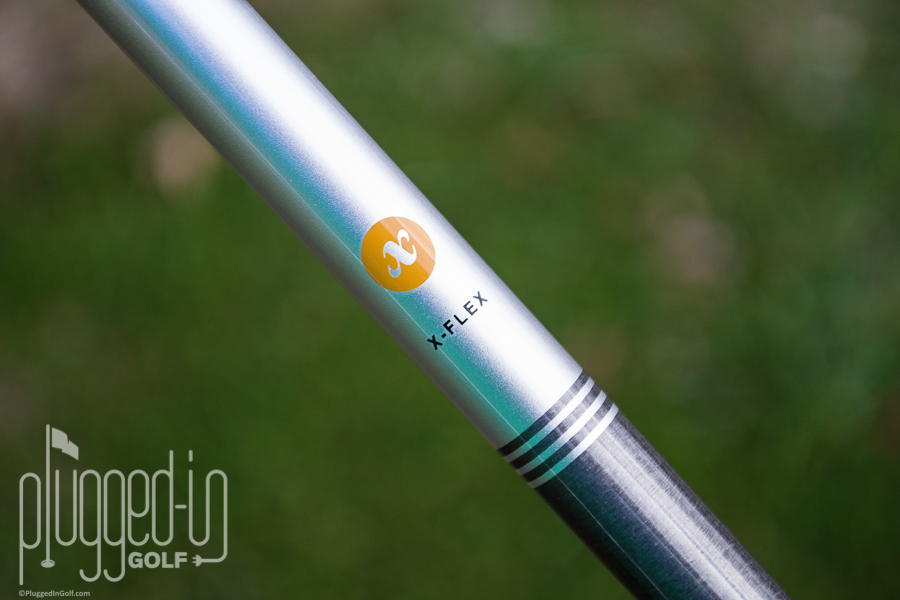 I had previously tested the Aerotech SteelFiber i110 which had the feel characteristics of a graphite iron shaft, but the added weight still kept it from being a major departure from a heavier traditional steel iron shaft.  The Aerotech SteelFiber i95 graphite iron shaft is definitely cutting the ties from anything resembling a steel shaft.  Coming in at 95 grams, the shaft is light.  Having the club built properly with the correct swing weight will be key for optimal feel.  That said, the SteelFiber i95 is extremely responsive and smooth in the flex profile.  Once I got into a groove with the i95, my shots really started to feel pure and effortless.  The graphite core and SteelFiber wrap really take a lot of the vibration out of the shaft making for a much more pleasant experience on your hands. 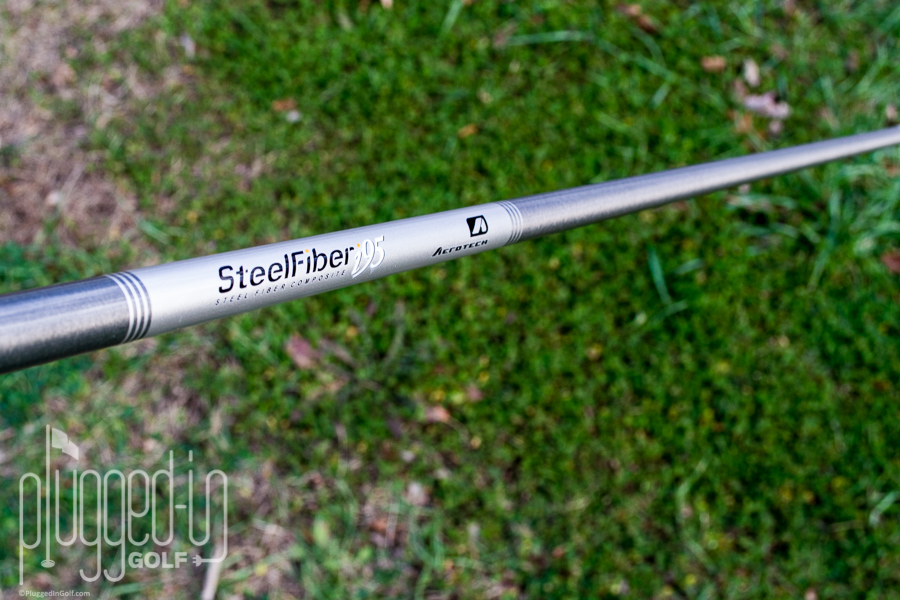 One of the gains advertised across much of the Aerotech SteelFiber lineup is an increase in distance.  Honestly, I didn’t really see it in the i110 review (it was consistent with my usual distance), but I believe there is potential for more distance in the SteelFiber i95.  My distance averaged out to just about my normal distances, but in the long and mid irons, I had a handful of shots that were significantly longer.  I wasn’t quite consistent with the increased distances, but I’m curious if I had more time adjusting to the i95 shaft if I would find a gain in distance across my irons.  The reduction in overall weight should theoretically increase my swing speed which would result in more distance assuming I can still keep my swing under control.  Additionally, the higher swing speed would result in a slightly higher ball flight.  We weren’t quite in balloon territory so the shot was still plenty playable for me.

In the SteelFiber i110 review, I mentioned that I had low spin rates even though I was accurate.  With the SteelFiber i95, I found I had much better spin in my irons, but my accuracy went down a bit.  Of course, if I had to decide between the two models, I’d like to spend more time with the i95 to see if I could get acclimated and keep my swing consistent.  If I could, I think it would be the clear winner for me.

I’m adding this section about making the switch from steel iron shafts to SteelFiber iron shafts based on a conversation I had with Chris Jorgensen, Director of Club Fitting Services at Aerotech.  The first thing to keep in mind is that you don’t want to make a weight change beyond 20 grams.  In fact, only better players should consider a weight change of 20 grams.  So for instance, if you’re playing a 120 gram steel shaft, switching to the SteelFiber i95 is going to be a struggle.  What ends up happening to players when they struggle to adjust to the weight is that they end up releasing the club slightly earlier.  This will hurt less in the long irons, but the short irons will be more difficult to control the trajectory.

Aerotech recommends keeping the weight reduction in the 10 to 20 gram range.  The next step is to build the swing weight to the same number.  Keeping these things in mind will make the transition to SteelFiber nice and smooth. 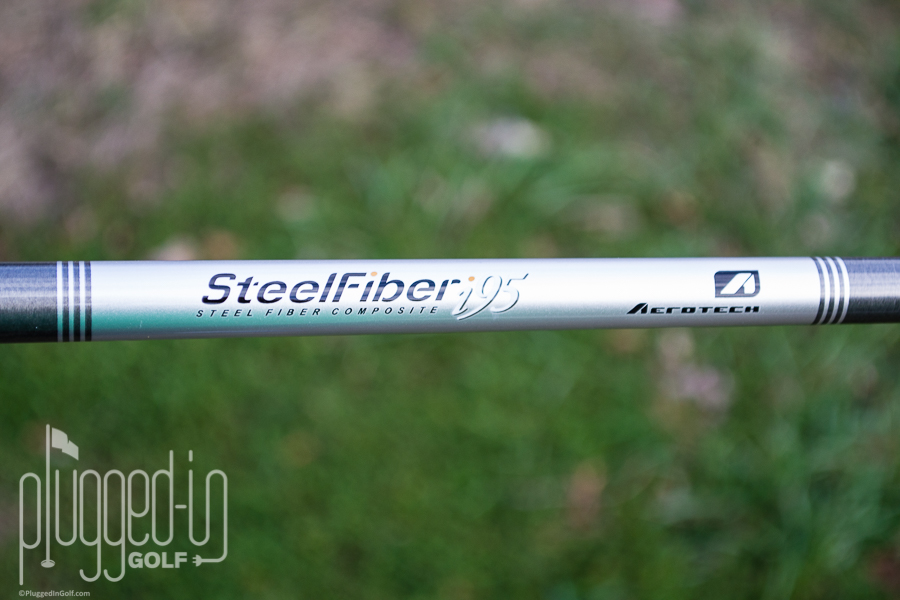 To echo my sentiments from the SteelFiber i110 review, it’s extremely important to get properly fit with these shafts, especially if you’re coming from a set of steel shafts.  The Aerotech SteelFiber i95 was a significant departure for me, but when everything clicked, it resulted in some great golf shots with an exceptional feel that I wouldn’t mind having on a regular basis.  Often times equipment used on Tour doesn’t necessarily translate to good options for the amateur golfer, but Kuchar and Snedeker’s tool of the trade, the Aerotech SteelFiber i95, is definitely one that any golfer should consider.