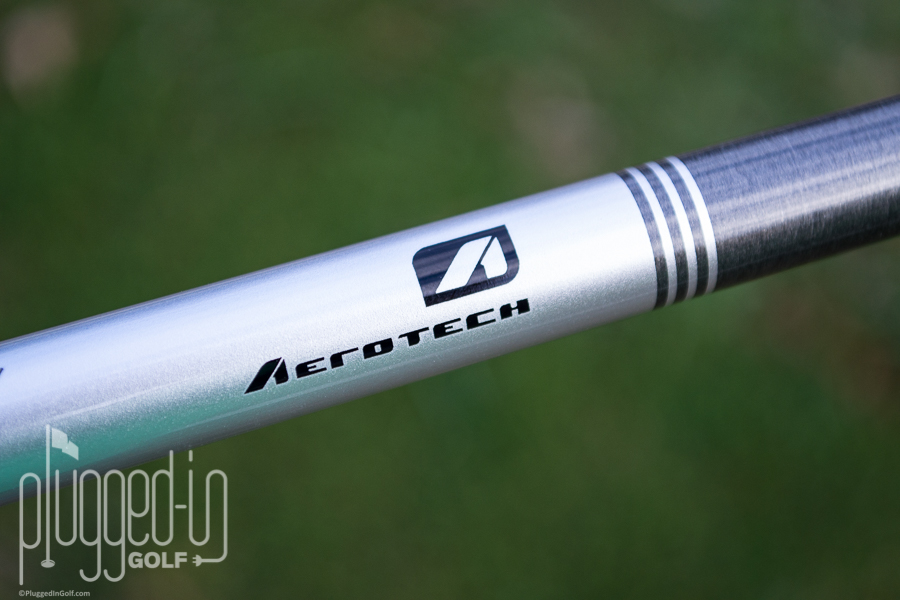 The Aerotech SteelFiber i110 graphite iron shafts are a nice option for the player looking for the smooth and consistent feel of graphite with a ball flight similar to a steel shaft. 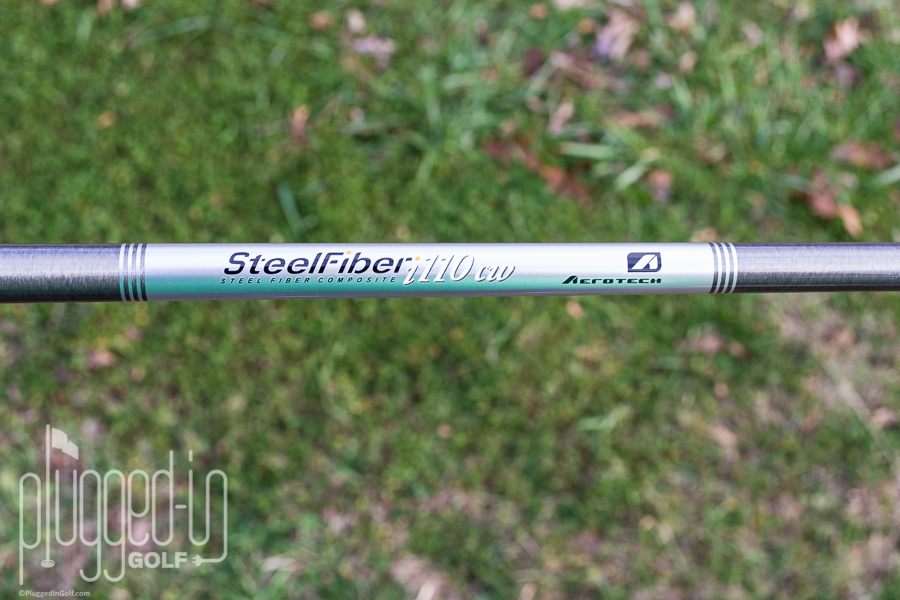 After years of hearing the cult of graphite iron shaft players preaching of all the glory to be had if I went over to the Dark Side, it was time for me to finally dip my toes into the pool.  I eased my way in by testing the Aerotech SteelFiber i110 shafts, which are used by Fred Couples, Mark O’Meara, and Rocco Mediate.  The SteelFiber i110 shaft is popular on the Tours and feature a mix of elements that make both graphite and steel shafts desirable to golfers of all skill levels. 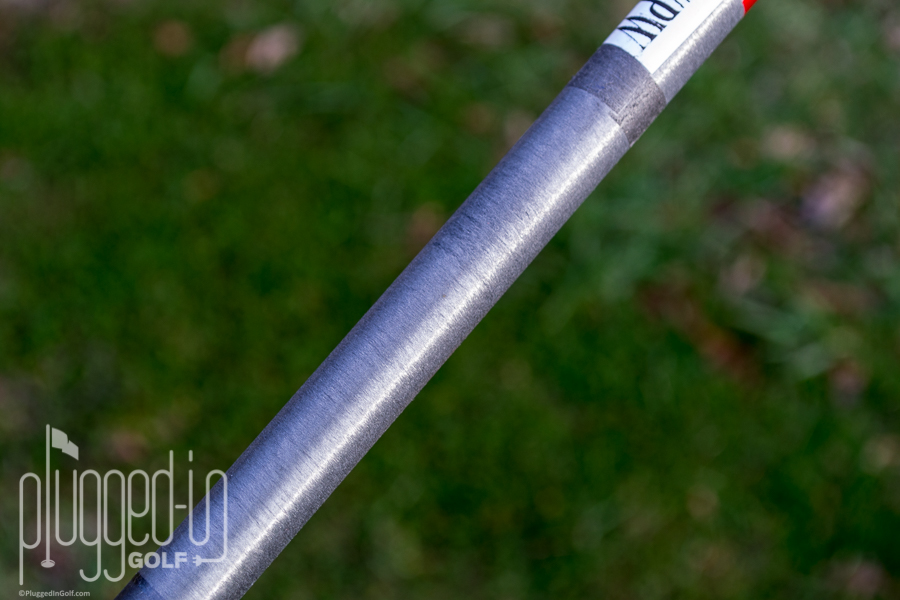 At first glance, the Aerotech SteelFiber i110 looks like a fairly plain grey iron shaft that doesn’t do much to catch your eye.  The graphics and details are simple and do just enough to get the job done when it comes to letting you know which shafts are installed in your clubs.  At closer look, you notice the surface of the shaft has an appearance of fine wire wrapped around the shaft.  What you are seeing is 59 miles of the SteelFiber, from which these shafts get their name, wrapped around the core of the shaft.  It’s a cool look and gives you that “all business” feeling when you’re inspecting it closely. 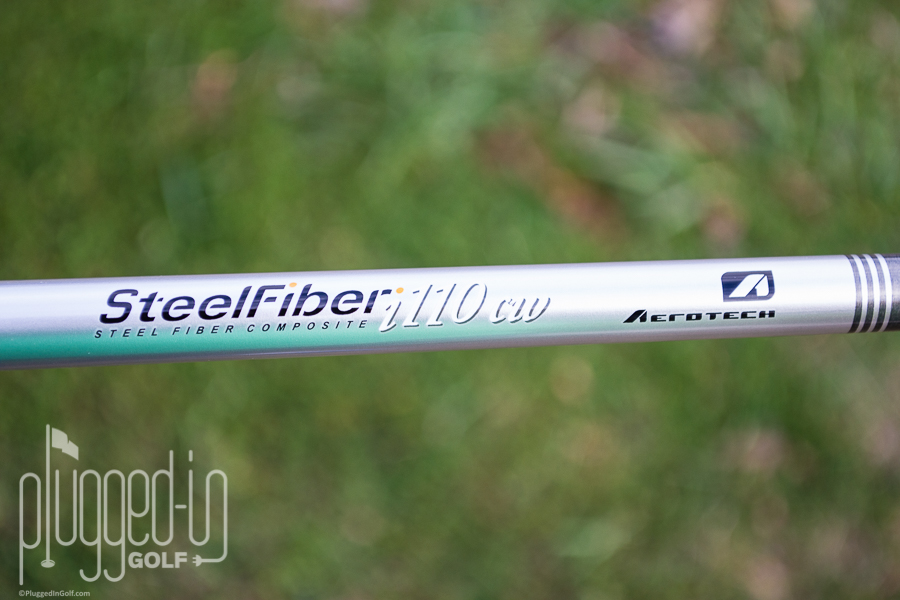 When it comes to feel of the Aerotech SteelFiber i110, there are two comparisons worth noting.  First is that the i110 feels a lot smoother and dampens vibration much more than a typical steel shaft.  Compared to other SteelFiber graphite iron shafts of lighter weights, the i110’s feel is much more solid, stout, and responsive.  I was able to feel the club head a little bit better with the extra weight, which made controlling the swing easier for me.  To me, the club felt a bit more balanced than it did with lighter SteelFibers, but this makes sense as I’m much more used to playing heavier shafts.  According to Aerotech, the i110 is the most popular SteelFiber option on the Champions Tour because the transition in feel from their old steel shafts is much easier. 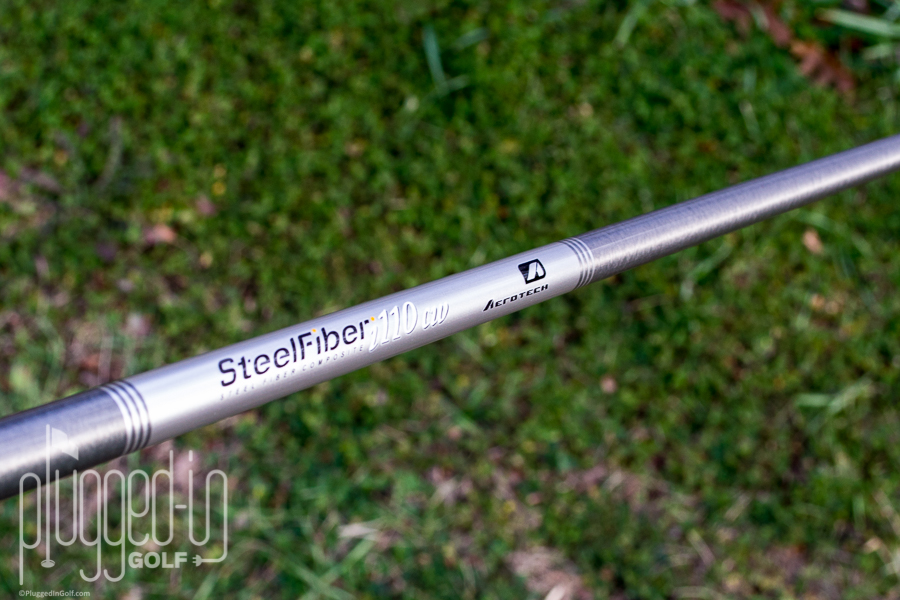 If you’re looking for a shaft with better feel characteristics, but still want to maintain similar flights and control of your favorite steel iron shafts, the Aerotech SteelFiber i110 are a really good choice.  I found the distances and launches to be pretty similar to my gamer steel shafts and the dispersion was fairly tight.  The flight was a nice medium launch with lower spin, so that is something you will want to consider.  As always, it is going to be key to get fitted for the right SteelFiber shaft and consider what shot characteristics you want to put the most emphasis on.  Personally, the i110 may be low spinning, but I found the SteelFiber i110 to be consistent and predictable which is a bigger advantage for me than spin.

I’m adding this section about making the switch from steel iron shafts to SteelFiber iron shafts based on a conversation I had with Chris Jorgensen, Director of Club Fitting Services at Aerotech.  The first thing to keep in mind is that you don’t want to make a weight change beyond 20 grams.  In fact, only better players should consider a weight change up to 20 grams.  So for instance, if you’re playing a 120 gram steel shaft, switching to the SteelFiber i95 is going to be a struggle.  What ends up happening to players when they struggle to adjust to the weight is that they end up releasing the club slightly earlier.  This will hurt less in the long irons, but the short irons will be more difficult to control the trajectory.

Aerotech recommends keeping the weight reduction in the 10 to 20 gram range.  The next step is to keep the swing weight the same.  Keeping these things in mind will make the transition to SteelFiber nice and smooth. 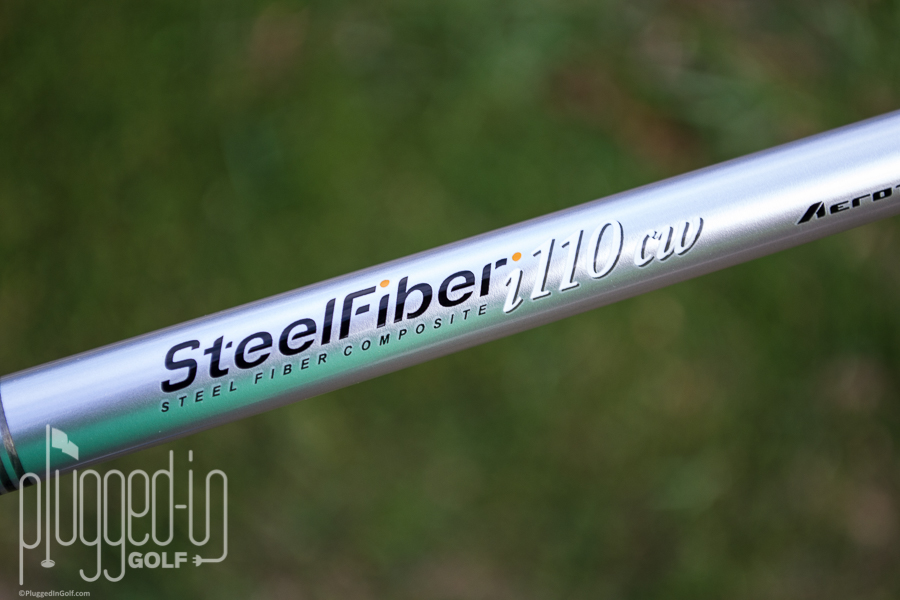 As far as an introduction to graphite iron shafts, the Aerotech SteelFiber i110 is a great starting point.  Yes, the shaft felt totally different from a steel shaft, but the overall change wasn’t so significant that I wasn’t able to adjust and realize there are some pleasant characteristics that make graphite iron shafts worth considering, most notably the smooth feel.  Again, when selecting an Aerotech SteelFiber shaft, I can’t express the importance of getting properly fit enough, because there are a variety of options that are going to perform significantly different for each golfer. 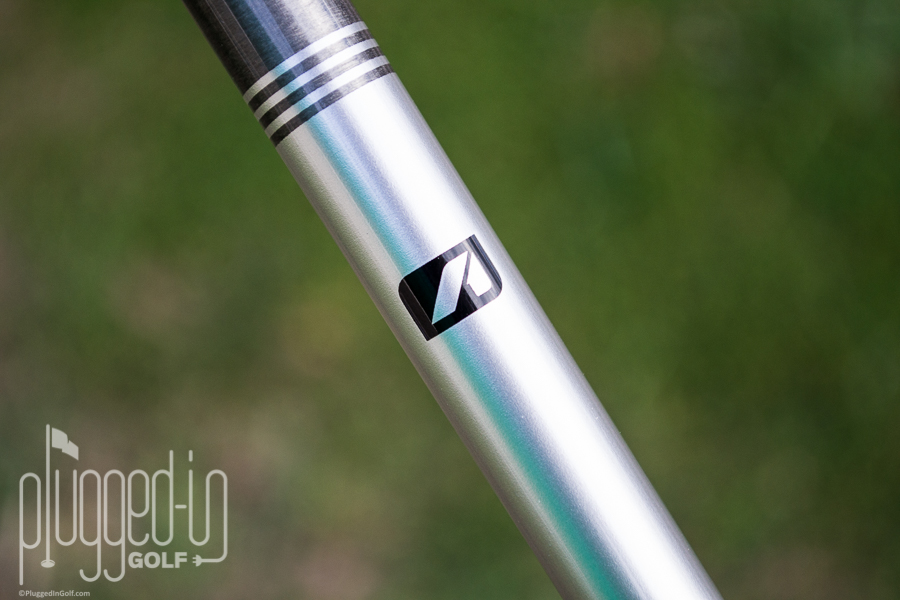