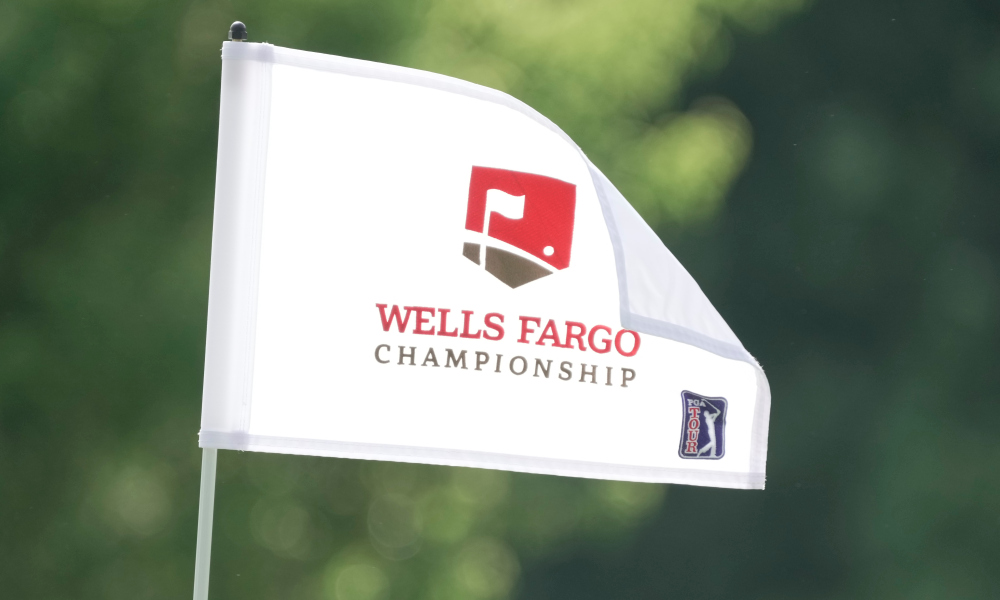 Charlotte, NC – Northern Irelands’ own Rory McIlroy held off the field on Mother’s Day Sunday to win the 2021 Wells Fargo Championship for his first victory in almost two years.  This was McIroy’s third win at Quail Hollow cementing the thought that this course sets up well for him.  During his press conference after the win, McIlroy mentioned how much it meant to win on Mothers Day, thinking about his wife, young daughter, and mother back home.

The leaderboard was tight and crowded the entire weekend, with Kieth Mitchell holding the 54-hole lead but faded after posting a one-over 72 for his final round.  Two time PGA Tour winner Viktor Hovland gave his best effort shooting a final round 67 only to get into a tie for third.  Mexico’s Abraham Ancer was the low man on Sunday shooting a five-under 66.  Ancer birdied three of his last four holes to place him in solo second and the clubhouse leader at the time.  McIlroy came up to the 18th tee with a two stroke lead.  Rory did not make it easy on himself, however, as he hit his drive up the left side of the fairway near the creek, and forcing an unplayable.  He managed a two putt to save a bogey but it didn’t come without some drama.  This is Rory’s 19th PGA Tour career victory.

Once again, Bryson DeChambeau made headlines this week with his distance per se.  Not a club distance, however.  Distance from the actual tournament.  Bryson shot a 74 on Friday and quickly hopped on a jet back to his home in Texas, only to realize he did in fact make the cut.  After realizing the mistake, he had to catch an early flight back to North Carolina, only to make it back for his tee time by 30 minutes.  To his credit, he shot a 68 on Saturday and got into a tie for 9th by the end of Sunday.

Next week, the Tour heads to Texas for the AT&T Byron Nelson at TPC Craig Ranch.