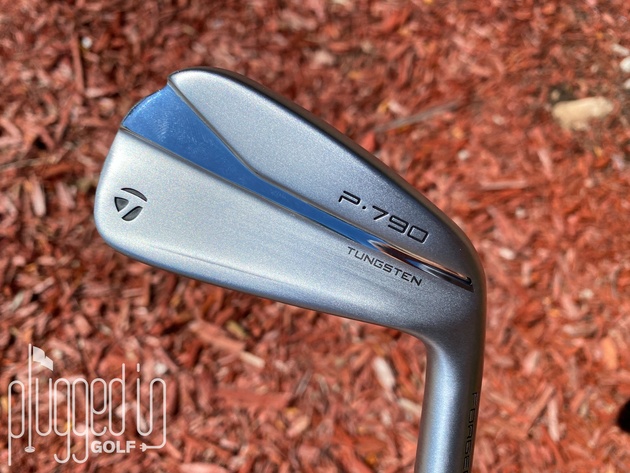 The 2021 TaylorMade P790 UDI is a true Tour-style club for those with a lot of speed and ball striking skill.  Only available in a 17 degree 2-iron.  Ideal for hitting stingers. 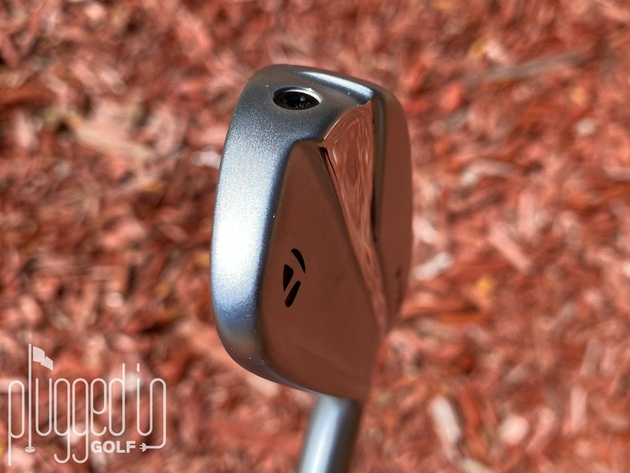 With apologies to the SIM UDI [review HERE], the 2021 P790 UDI is the true follow up to TaylorMade’s 2019 Ultimate Driving Iron [review HERE].  I got my hands on one to see if, like its predecessor, it’s best left to the elite ball strikers or if this can be a fairway finder for the average player. 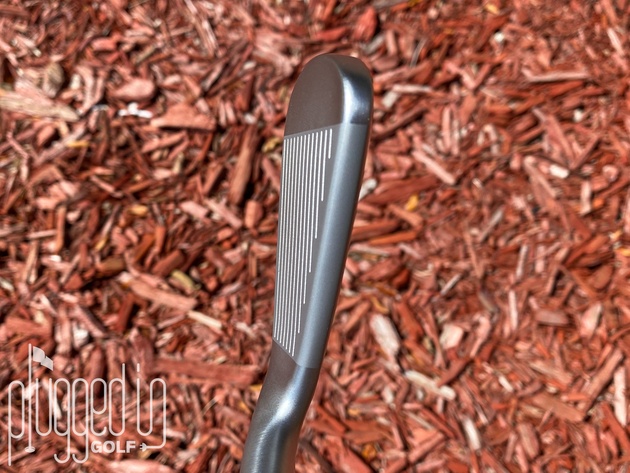 In the bag, the 2021 P790 UDI is almost indistinguishable from the 2021 P790 irons.  They have identical backs and similar sole widths.  The one distinguishing mark is on the toe: it says “UDI” beneath the “2.”  Having a 2-iron in the bag, even if it’s a faux-blade, can certainly provide a psychological edge on your opponent – assuming you can hit it.

At address, the top line of the P790 UDI is medium thick and the offset is moderate.  It appears that the top line is a little boxier and the offset has been slightly enhanced compared to the 2019 version.  More noticeable is that there’s a stark difference in the finish between the face and the heel and toe.  This is done to make the face appear more compact at address. 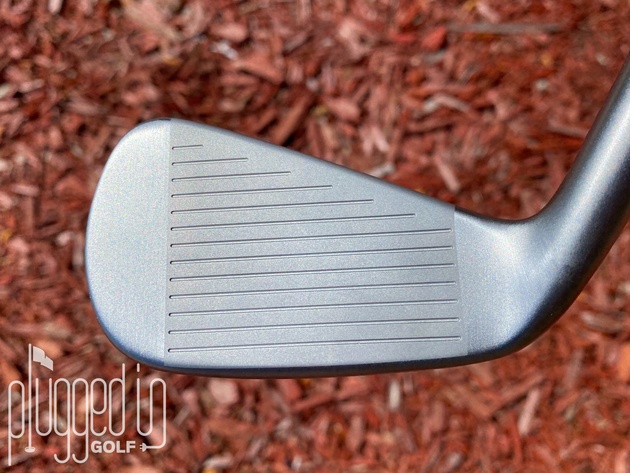 The 2021 P790 UDI is a bit of a grouch.  Uncompromising, if you’d prefer to spin it positively.  If you don’t do exactly what you’re supposed to do – which is to say, hit the center of the face – this club is going to let you know.  The feel on anything but centered shots is firm, clicky, and unpleasant.

When you do hit the sweet spot, this club is a real treat.  It feels much softer and sounds solid and satisfying.  If you want a club with crystal clear feedback and high expectations, this is it. 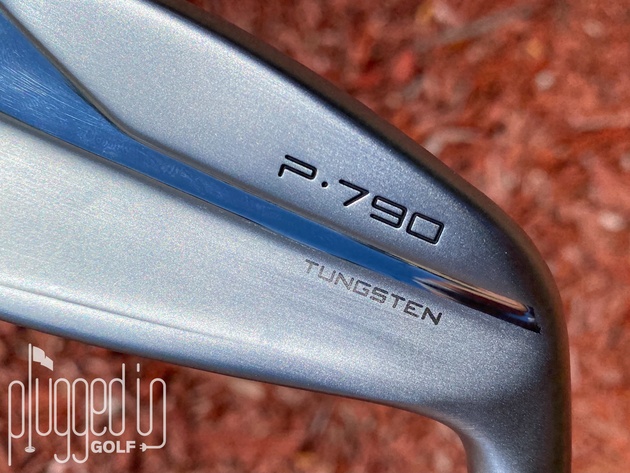 There’s a lot of technology in the 2021 TaylorMade P790 UDI, but there’s only so much that can be done with a 17 degree iron.  This is a club for players with speed and excellent ball striking ability.  There are plenty of utility iron options for the lower speed players and those that need forgiveness, but this isn’t one of them.

For that better player, TaylorMade has done a number of things to make the 2021 version of the UDI a bit faster and friendlier than its predecessor.  That starts with SpeedFoam Air, the material inside the P790 UDI.  This new version is 69% lighter, allowing TaylorMade’s engineers to optimize another 3.5 grams of weight.  There’s also a Thru-Slot Speed Pocket to increase ball speed, particularly on low face strikes.  Finally, there are 31 grams of tungsten in the toe to boost stability and forgiveness. 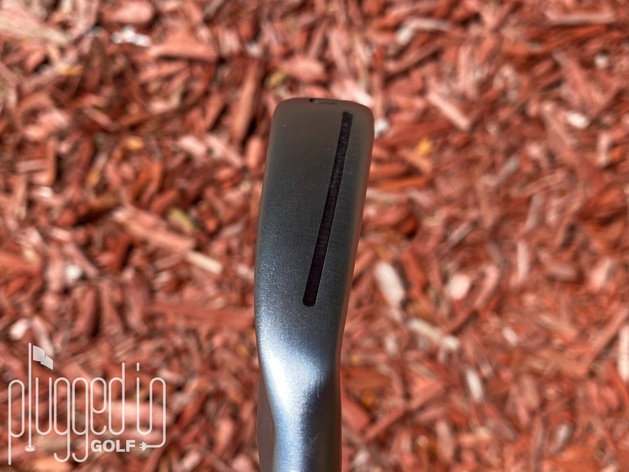 When hit well, the 2021 P790 UDI will terrorize your opponents.  Shots come screaming off the face on a piercing trajectory.  The spin is quite low, so your shots will run forever.  I suspect that higher speed, more skilled players might be able to launch this skyward and hold a green with it, but that’s beyond my pay grade.

The other side of that coin is that, when you mishit this club, it does not go anywhere.  Despite the tech, the ball speed drops off fairly quickly when you hit the toe or heel.  Hitting it thin will produce single digit launch angles and very limited carry distance.  This is the modern 1-iron.  Some of you are going to head to your golf shop, try it out, and hit one shot so spectacular that you throw it in the bag against all your wiser impulses.  But unless you have speed to burn and high quality ball striking, those wiser impulses are eventually going to say, “I told you so.” 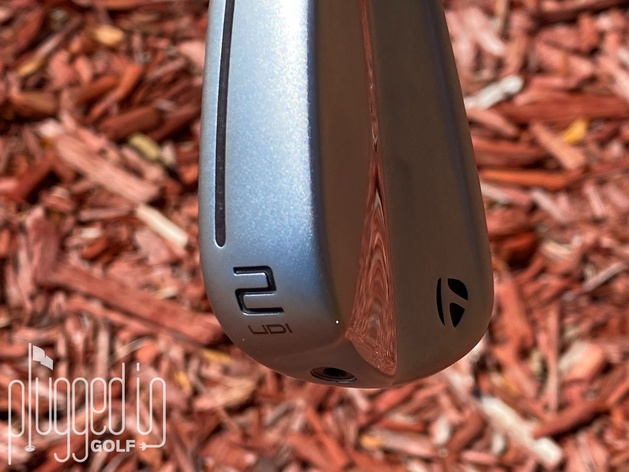 Lots of clubs say “Tour” or “Pro” on them.  The 2021 TaylorMade P790 UDI doesn’t say it, but it does walk the walk.  For the skilled, high speed player, this club can be a real weapon.  The rest of us should probably be opting for something with more loft and more forgiveness. 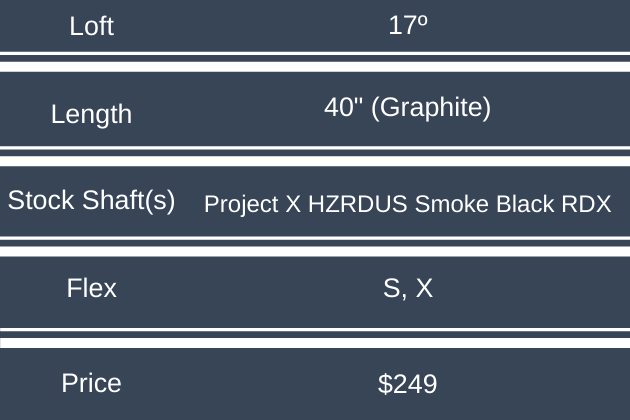