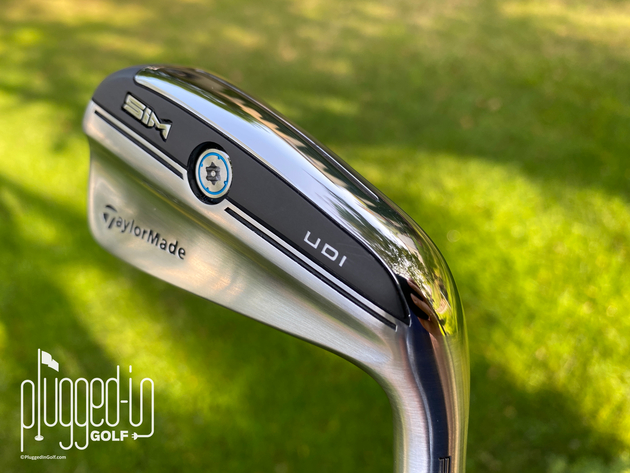 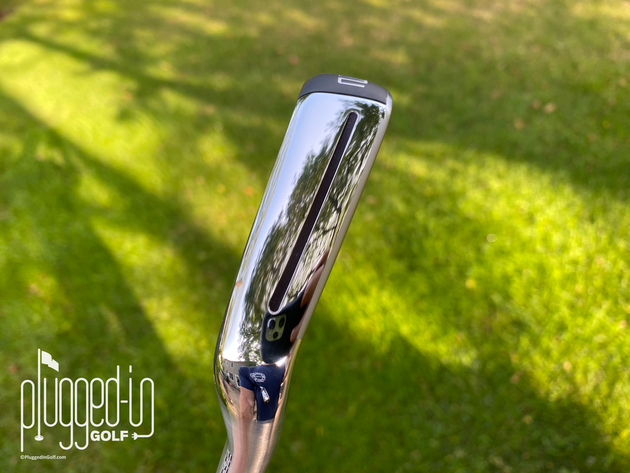 TaylorMade knows that the trickiest part of the bag to fit is that space between your longest iron and your woods.  To fill this void, they’ve expanded their SIM line to include two new utility irons – the UDI and DHY.  In this review, I’ll examine the UDI (Ultimate Driving Iron) to see how it performs and what players can benefit from it. 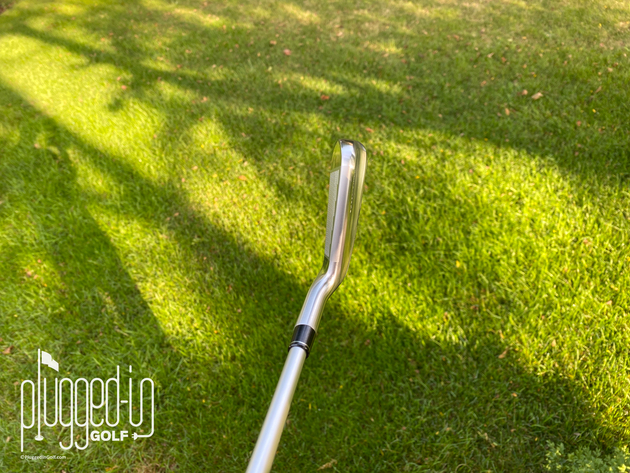 In the bag, the SIM UDI is the first version of the Ultimate Driving Iron that clearly looks like something other than an iron.  The Tour Preferred and P790 versions blended in with those iron sets; the SIM UDI stands out.  With a thick ribbon of black near the sole and a weight in the center of the head, the SIM UDI has a high tech look without going over the top.

At address, the SIM UDI has a modest amount of offset.  The top line has medium thickness (akin to a GI iron) and is beveled to look thinner.  Though it looks high tech in the bag, this club has a completely traditional appearance in the playing position. 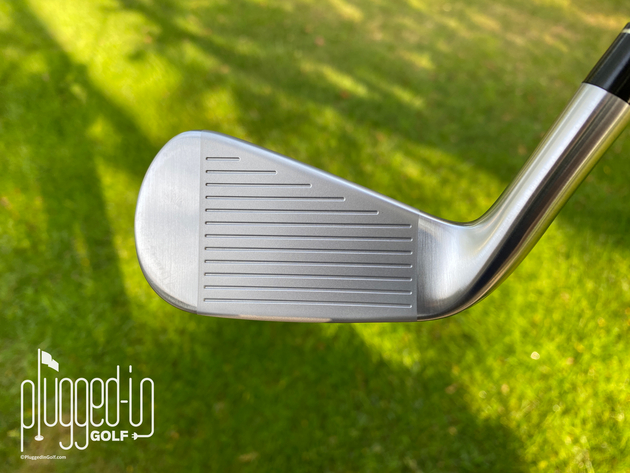 The TaylorMade SIM UDI has a sound and feel that match the look precisely: it’s a modern players iron.  The face doesn’t feel springy at impact, but it’s not a soft, forged feel, either.  It’s solid and fast with a little snap on contact.

Feedback from the SIM UDI is excellent.  Small misses feel like small misses, big misses are met with the harsh feel that they deserve. 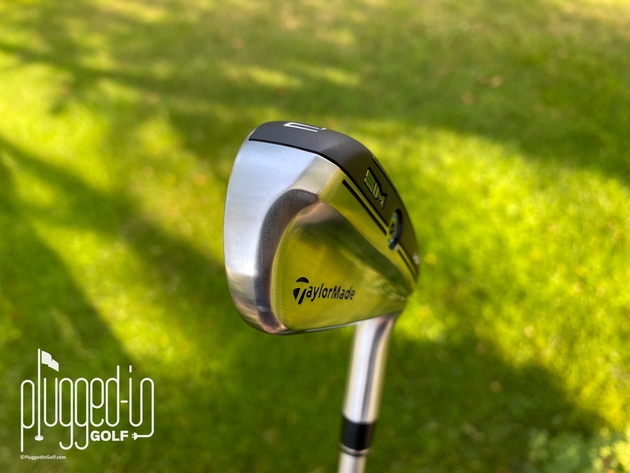 The appearance, name, and loft offerings of the UDI give you some pretty strong hints about the type of player it’s for and the way it’s meant to be used.  This is a better/faster player’s club that is primarily intended for use off the tee.

My reason for emphasizing the better/faster player part is that the SIM UDI lives up to it’s “low launch, low spin” billing.  This club is not going to do the work of getting the ball airborne for you.  If you don’t have the skill to strike this well and the speed to generate the necessary spin, you’re going to hit a lot of knee-high 100 yard shots.  However, when you strike it well with enough force, the SIM UDI produces beautiful, piercing shots that fly low, long, and straight. 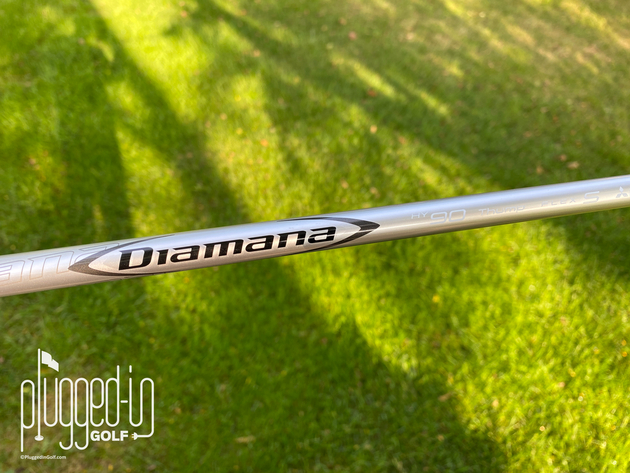 The surprising part about the SIM UDI is the level of forgiveness in terms of ball speed.  It wants to hit the ball low, but it will take even mediocre strikes and give them plenty of juice.  Because of this, I might emphasize the speed requirement above skill.  I don’t recommend living on the outer edges of the face, but the SIM UDI will certainly let you get away with a bad swing here and there.

Finally, I want to praise TaylorMade’s choice for the stock shaft.  The Mitsubishi Diamana Thump feels amazing and is a perfect choice for this club.  It’s very solid and stable, but it’s smooth enough that you can swing within yourself.  With a low lofted club like this, good contact is critical, and the Diamana Thump helped me find the center of the face consistently. 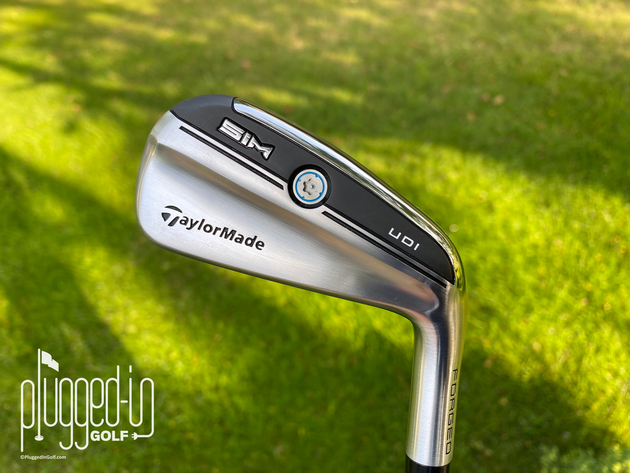 For the players who dream of hitting stingers like Tiger, the TaylorMade SIM UDI is a great choice.  This is a true low launch, low spin driving iron that provides a surprising amount of ball speed on mishits.  Make sure that you get the right loft to optimize your distance and enjoy playing out of the short grass. 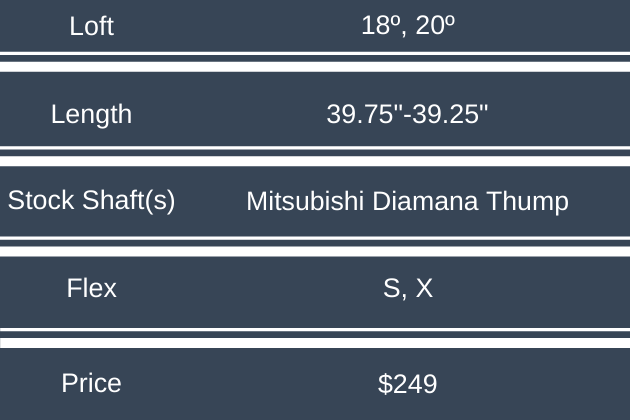