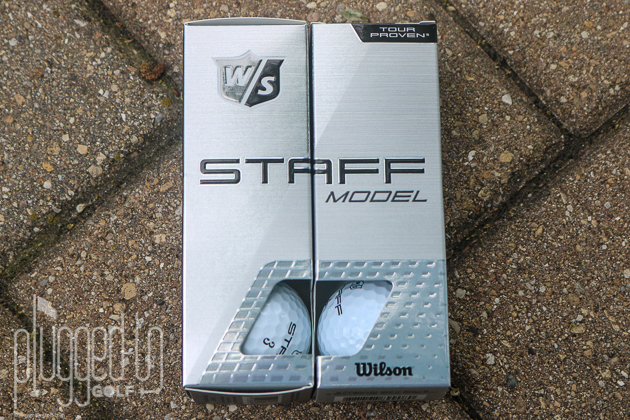 The Wilson Staff Model golf balls is the equal of any Tour ball on the market.  Excellent spin in the short game.

If you want to build something to last, you build it slowly, brick by brick, just like the smartest of the three little pigs.  This is the approach that Wilson is taking in bringing back the Staff branding.  They started with a flourish – the gorgeous Staff Model Blades [review HERE].  Then they added the Staff Model Utility Iron [review HERE] and Staff Model Wedge [review HERE].

Each piece of gear bearing the Staff moniker has been of the utmost quality and designed for the better player.  But no one really doubted that Wilson could do irons and wedges.  The biggest gamble of the new Staff Model Era comes now with the Staff Model golf ball.  Will this offering continue to build the brand or start to blow it down? 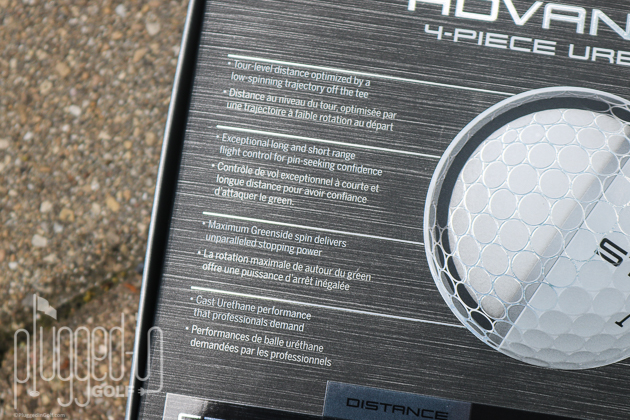 From the driver through the putter, the Wilson Staff Model golf ball keeps things right in the middle of the bell curve in terms of feel.  On the green, you’ll hear a dull click that’s neither buttery soft nor overly firm.  On the tee, the ball doesn’t melt into the face like Wilson’s DUO but it doesn’t feel like you need a sledge hammer to compress it either.

The benefits of not going extreme with feel are twofold.  For Wilson, it means no one is going to be turned off by the Staff Model.  For the golfer, it puts the focus on playing the game, not thinking about the ball and how it might react. 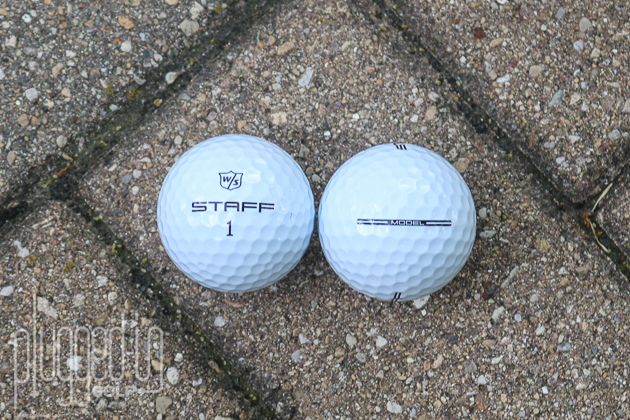 Most of my golf ball testing is done on a launch monitor where I can tease apart the minute differences between models.  While I’ve done that with the Wilson Staff Model golf ball, I’ve also gotten an above average amount of on-course time with it.  Both forms of testing have left me impressed.

During my first round with the Staff Model, I noticed short irons and wedges backing up more than normal.  Generally my scoring irons end up where they land.  With the Staff Model, a well struck 8I might back up a yard or two.  My sense that the Staff Model is slightly higher spin was confirmed on the launch monitor.  Peak spin with a wedge was above average for a Tour ball, and the spin generation was very consistent, even on less-than-perfect strikes.  Iron spin was also slightly above average. 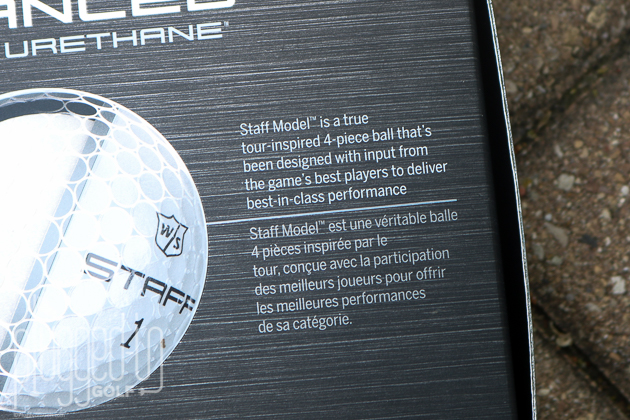 The driver spin is just north of average for a Tour ball, but that’s provided me with some extra carry distance and better consistency.  Ball speed is also excellent.

Where I’ve been most pleased with the Staff Model is on long approaches.  The combination of slightly higher spin and strong ball speed has resulted in longer, higher long iron shots and more eagle putts.  Any ball that puts me in position to make more eagles is going to see more time in the bag. 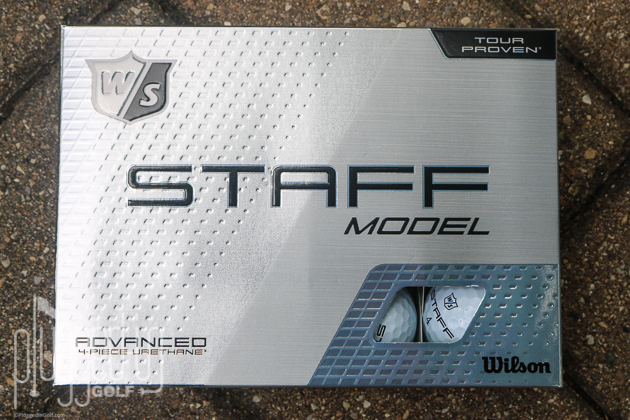 For the golfer who is looking for more spin throughout the bag and a soft, solid feel, the Wilson Staff Model Golf Ball is worth considering.  This ball absolutely deserves to bear the Staff moniker as a quality, Tour-level product.  I’ve been very happy having it in my bag for the last couple weeks and look forward to continuing to game it.