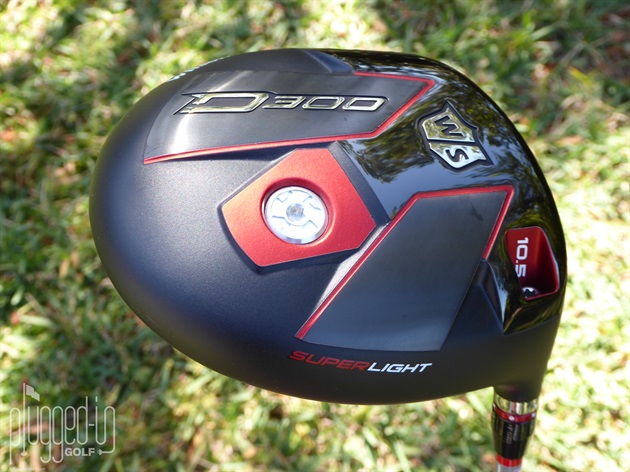 With a classic shape and modern look, the Wilson Staff D300 driver is super lightweight and delivers consistent performance with generous forgiveness. 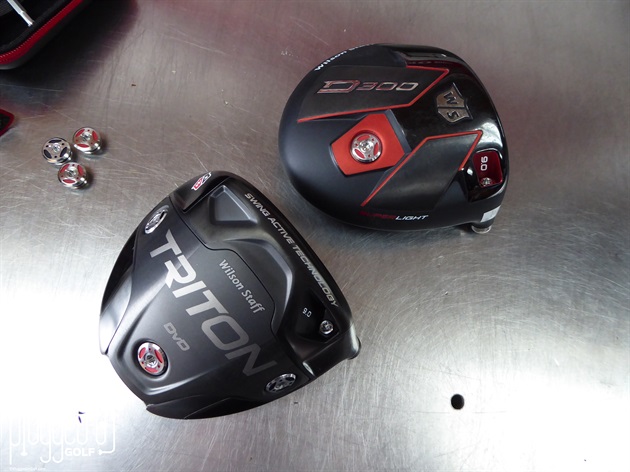 The Wilson Staff D300 driver arrived on the market this year with much less fanfare than Wilson’s Triton DVD driver.  It’s hard to get equal billing when your sibling had its own reality show.  But like Matt S. noted in his review of the Triton DVD, the real news is the D300 is being played on the PGA Tour by Troy Merritt.  Wilson Staff designs the “D” series of clubs for players whose number one goal is distance, and it’s in the category most outlets call super game improvement (SGI).  If it’s good enough for tour players, is it still ok for us amateurs with slower swing speeds?  Read on.  And don’t miss the bonus findings towards the end. 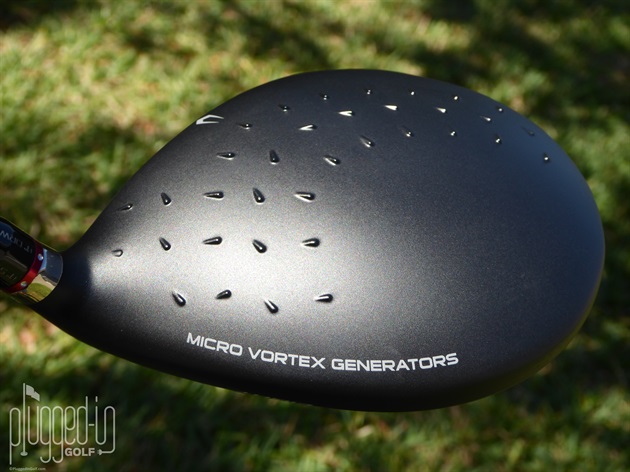 When you pull off a driver’s head cover, the first thing you look at is the sole.  The D300 is fairly simple on the bottom, with a mix of matte and polished finishes, classic Wilson Staff colors, and one weight port.  The wide outlined bands add some character and coordinate with the look of the D300 irons.  Flip the club over and your eyes instantly notice the little tear drop shaped nubs called micro vortex generators.  With their small size against the matte black crown, I found them to blend right in at address.  The simple white alignment aid takes your eyes straight to the business at hand – your tee’d up ball. 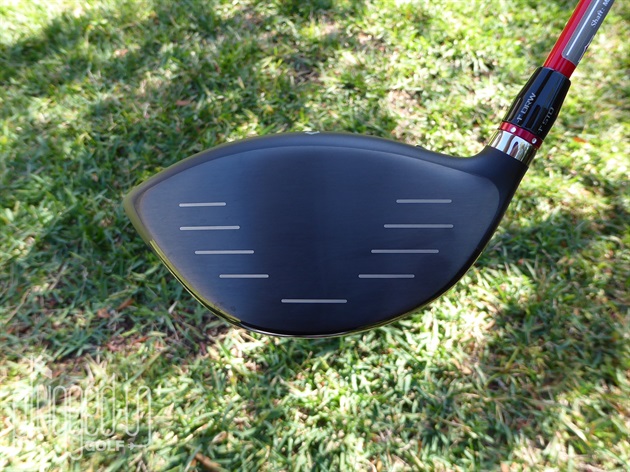 Gripping the Wilson Staff D300 driver, you can’t help but notice how light it is overall.  Wilson Staff claims it’s the “lightest adjustable driver on the market”, and it’s definitely the lightest I’ve held.  A quick waggle reveals the head is light, but the shaft isn’t as soft as I was expecting.  Moving on to a practice swing, the head and shaft flow seamlessly together.  Increasing swing speed, the club feels as one – neither shaft or head taking precedent.

Teeing up the first ball is always exciting, and the ‘doink’ the first hit produced was reminiscent of the crack of an aluminum bat at the local ball park.  Distinctive, fairly loud, but not head turning.  The sound varies only slightly across the face.  There’s feedback to your hands on bigger mishits, but catch it anywhere close on the generous face and contact will feel solid and stable. 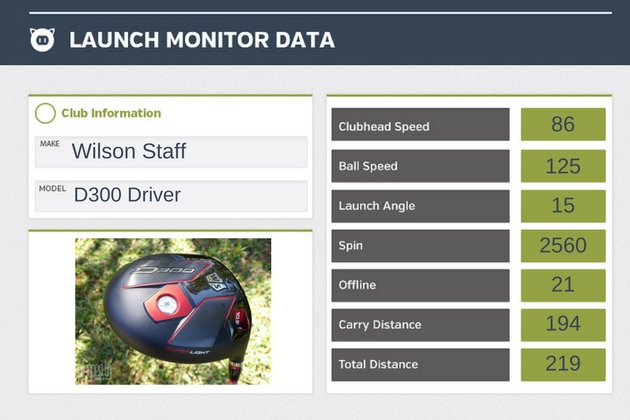 Like the D300 irons, it only took a couple of hits with the D300 driver to execute full, confident swings.  High and straight without much thought or effort, the ball just seemed to bound off the face with ease.  My misses were both slightly left and right, but nothing extreme.  More importantly, the misses weren’t imposing big distance losses.  Looking over the data from Trackman at Club Champion, I was amazed at the consistency in all the categories.  With solid numbers in just my second hitting sessions, there’s no doubt I can bump up my swing speed and improve my results as I gain familiarity with the driver.  All this with the stock regular shaft on original factory settings – impressive.

The D300 driver does have six hosel adjustments and one weight port, though no additional weights are provided.  In what Wilson Staff calls Fast Fit Technology, you can adjust the loft and lie without removing the head.  Wilson Staff also keeps the shaft choices simple, there’s only one option – Matrix Speed Rulz A.  This would normally be of concern, but the designers seem to have made a perfect marriage between a shaft and a head.  Just choose regular, senior, or stiff.

Bonus coverage: After I was done getting data, I asked Evan at Club Champion if he’d like to hit the D300 driver.  He hit a handful and couldn’t believe what he was seeing in the numbers.  He picked up 5 mph of club speed over his gamer and was repeatedly hitting it 300+ yards down the middle.  At 110 mph club head speed, his spin numbers and launch angles were still in the optimal ranges.  It seemed to defy logic that an aspiring pro and a slow swinging guy could both be getting good results with the same club.  Evan grabbed fellow fitter Jesse who teed up a few balls of his own.  He too put up good numbers, even with a more aggressive swing.  We never could make sense of it but agreed the light head and shaft profile combined for one remarkably good club. 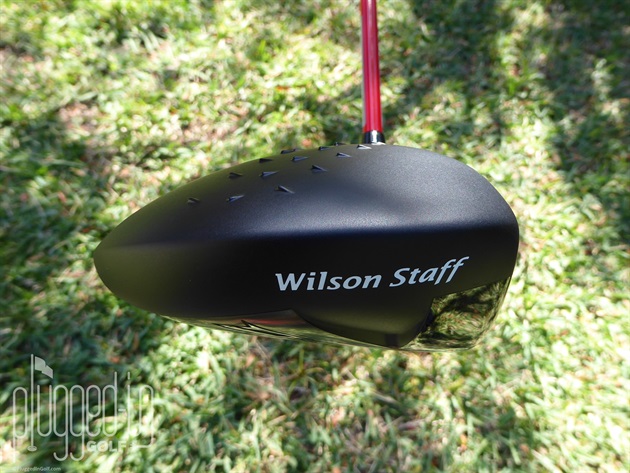 I give Wilson Staff high marks for maintaining focus on a lightweight, forgiving driver with the D300.  It is indeed Superlight.  I don’t have any empirical data that the micro vortex generators reduce drag for increased speed, but they sure give the driver a modern look.  With its high quality shaft and Golf Pride grip, at $350, the Wilson Staff D300 is a great value in today’s driver market.  The consistency and simplicity make this driver a must-try for golfers of all abilities. 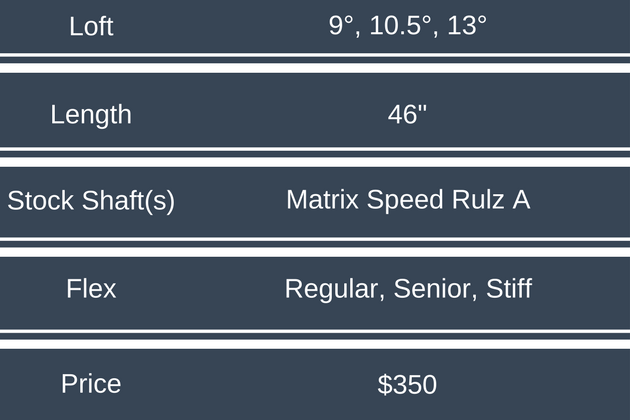 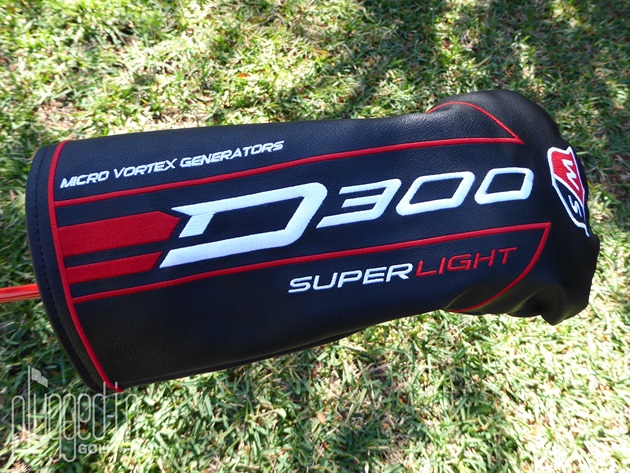 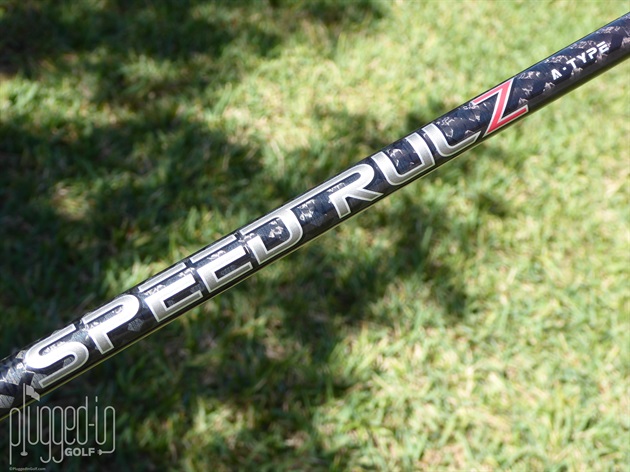 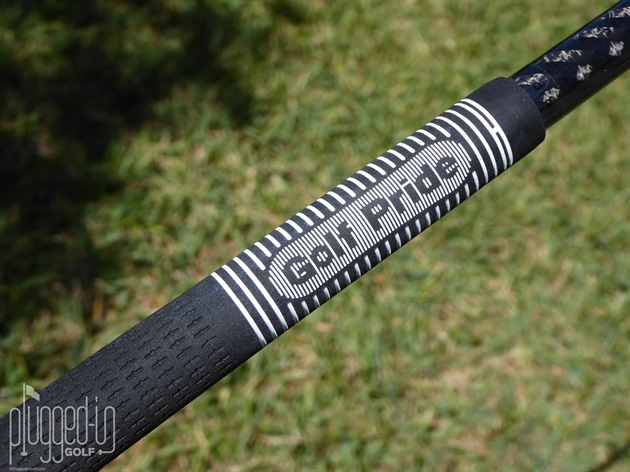 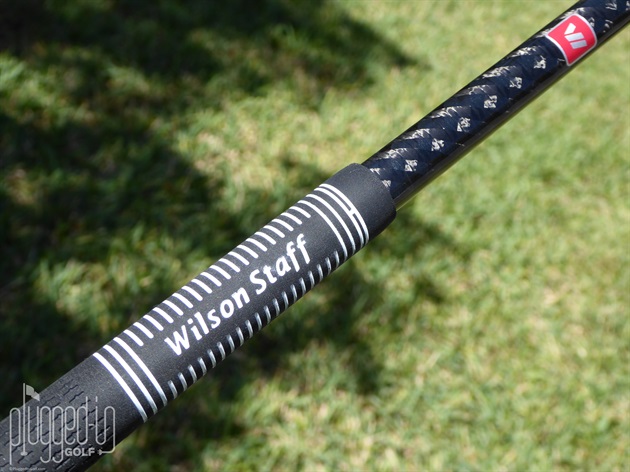 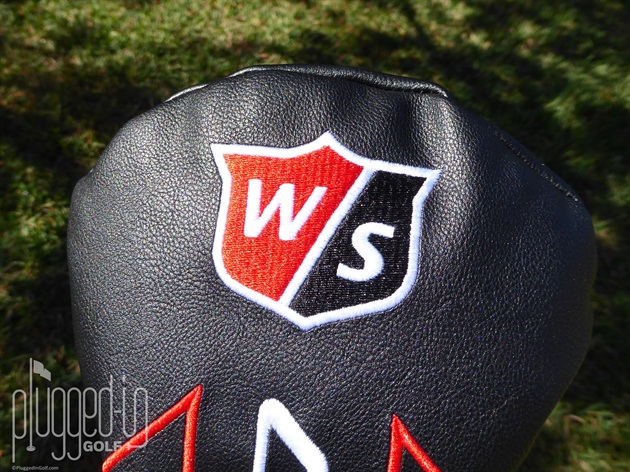 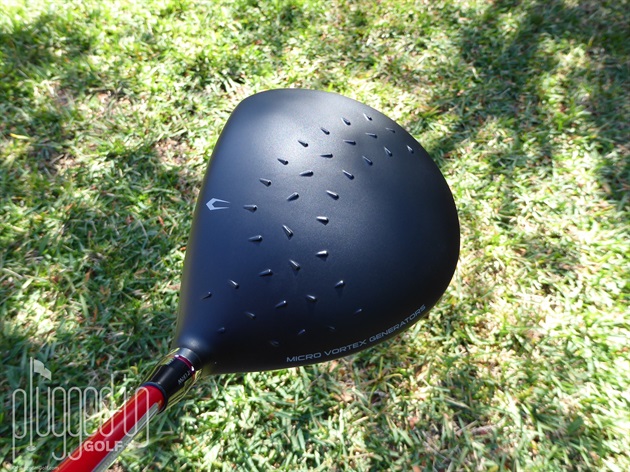