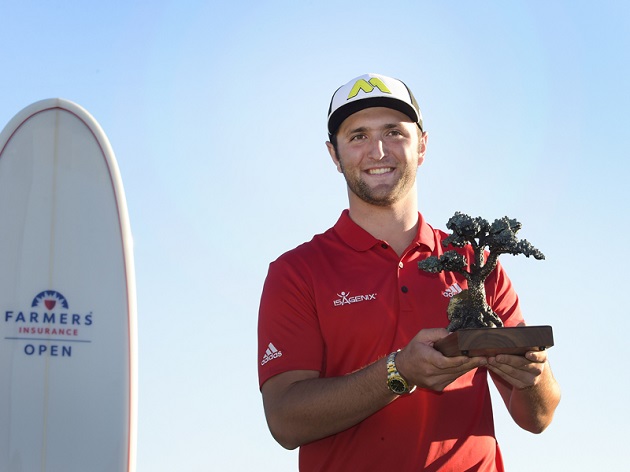 Spaniard Jon Rahm finished birdie, eagle on Sunday to capture his first ever PGA Tour victory this week at Torrey Pines.  His final round 7-under 65 propelled him to a three-shot victory over a tightly packed field in Southern California.

On the North Course, Rahm’s week got off to a slow start, shooting an even par 72 in his opening round.  Rahm carded a solid 69 to make the cut Friday, in a field that saw some of the world’s best miss the cut.  Most notably of that group was the popular grouping of Jason Day, Tiger Woods, and Dustin Johnson, who all missed the weekend.

Rahm fired another 3-under 69 in the third round bringing him to 6-under for the week.  Going into the final round, Rahm trailed leaders Brandt Snedeker and Patrick Rodgers by three strokes.  Rahm stumbled out of the gates on Sunday, making an opening round bogey, however, he was able to bounce back with birdies at the third and fifth holes.  Rahm finished his front nine 1-under.

On the back, Rahm caught fire.  At the 11th he made another birdie, followed by an eagle-3 at the par-5 13th.  After making pars on the next three holes, Rahm stuffed his approach at the 17th to three feet for an easy birdie, tying him atop the leaderboard.  At the last, Rahm’s second into the par-5 18th landed just off of the green.  Rahm left himself some 60 feet from the pin for his eagle try.  Electing to putt from off of the green, Rahm made a good stroke on the ball, and boom, drain-o.  Rahm made the 60 foot bomb for eagle, and propelled him to a three shot lead.  The rest of the pack was unable to catch Rahm, and he captured his first ever PGA Tour victory.

Rahm elected to turn pro just last year following the US Open.  Many expect a lot of good things to come from the Spaniard.  With this early season win, I wouldn’t be surprised to see him at the top again this season. 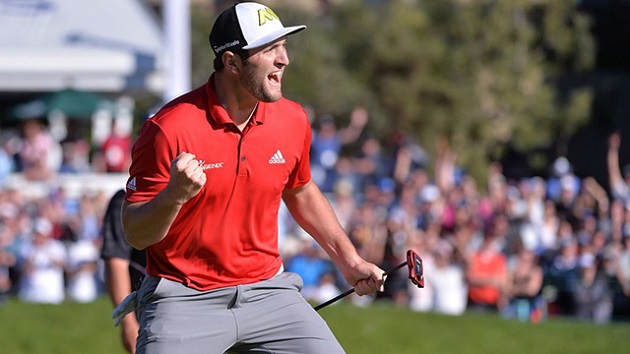 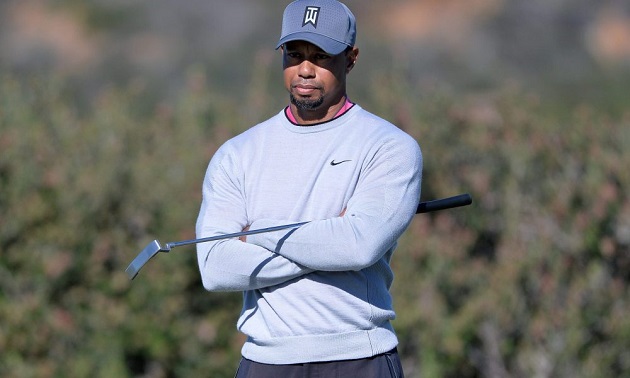 I get it.  A lot of people are probably sick of hearing about Tiger.  He hasn’t won a tournament in years, and his game is nowhere near where it used to be.  And yet, he still draws huge crowds and millions of viewers who otherwise wouldn’t watch golf every week.  There’s no denying that when Tiger is on the course, he’s good for the overall game of golf.

This week, however, was yet another letdown for Tiger.  Big Cat struggled off of the tee, losing a ton of balls to the right on a course where accuracy is key that Tiger has dominated over the years.  Woods opened with a 4-over 76.  Tiger was playing consistent golf until the back nine where he had a six hole stretch at 6-over par (4 bogeys and a double).  He was never able to get it going in round 2, and Woods finished at even par.  Tiger finished the tournament at 4-over for the week and out of the weekend.

I guess one good takeaway is that his playing partners, DJ and Jason Day, missed the cut as well, and they’re two of the top three players in the World Rankings currently.  Hopefully we can amount this to Tiger still shaking off the competitive golf cobwebs, but only time will tell.