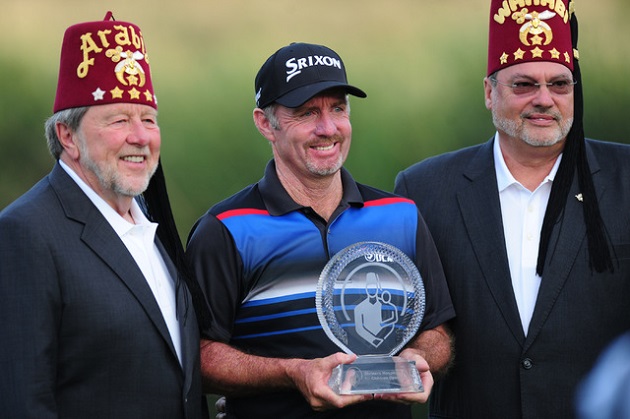 Australia’s Rod Pampling finished at 20-under par this weekend at TPC Summerlin in Las Vegas, Nevada, two strokes ahead of Brooks Koepka, at the Shriner’s Hospital for Children Open.  Pampling came into the week without a win since 2006, and only four top 10’s in the last six years. That long hiatus was broken on Sunday, and it all started with a strong first round on Thursday.

Pampling came out of the gate in the first round with an 11-under 60, giving him a 2 shot lead.  Pampling had a 12 foot birdie putt on 18 to give a historical 59 a scare, but burned the edge of the hole.  On Friday, he followed up the stellar first round with a 3-under 68 Friday.  On Saturday, however, Pampling had a brief stumble.  While the rest of the field was firing off low scores in the mid 60’s, Pampling limped along with an even-par 71.  With that, Pampling relinquished his lead to Tour veteran Lucas Glover, who sat at 15-under and led by one.

In the final round, Pampling started his front nine on a tear, making four birdies and no bogeys.  After the front nine 31, he did give two strokes back.  He made bogey at the par 4 10th, and then another at the par 4 12th.  Even with a few dropped shots, Pampling was still right there at the top, with Glover dropping a shot at the 3rd, and again on the 11th.  The Aussie bounced back from his bogeys with three straight birdies, bringing him to 19-under par and to the front of the pack.  While Glover made birdies at the 12th, 13th, and 15th holes, he succumbed to the pressure, making back to back bogeys at the final two holes of the day, finishing three back with a final round 69.

American Brooks Koepka also made a run at the Title, making birdies at the 13th, 15th, and 16th.  After his fifth birdie of the day, however, Koepka ran out of steam.  On the 18th, Pampling slammed home a 30 foot birdie, and Koepka was unable to answer.  With the closing birdie, Pampling finished at 20-under par, two strokes ahead of Koepka.  The victory is the third Tour win for Rod Pampling.  His other two victories came at the 2006 Bay Hill Invitational and the 2003 International. 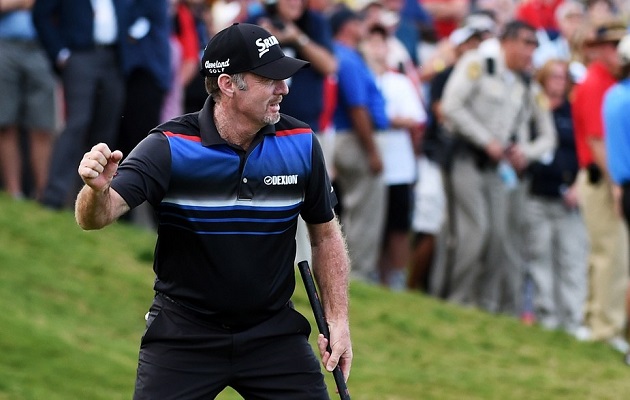 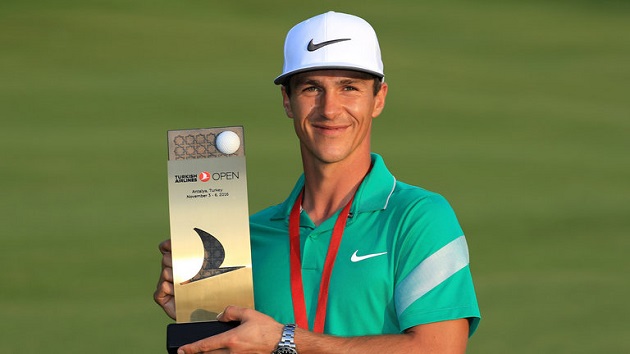 Denmark’s Thorbjorn Olesen won the Turkish Airlines Open this weekend at Regnum Carya Golf and Spa Resort in Antalya, Turkey.  The event was highlighted earlier this month by the delay of the return of Tiger Woods, and was followed by the withdrawals of Rory McIlroy, Henrik Stenson, and Patrick Reed.  Woods delayed his return due to delays in his recovers, while the others opted out due to safety issues.  Nonetheless, even with some of the brightest stars in the game pulling out, the show must go on.

Olesen started the week strong, puttinghimself in a great position for the victory.  He began his week by carding an opening round 65, and followed it up with a stellar round of 62 on Friday.  His opening two rounds were good enough for a six shot lead over the rest of the field at 15-under par.  Going into the weekend, Olesen needed to just play steady, consistent golf to secure the victory.

On Saturday, Olesen carded a solid 3-under 68, and was in prime position to cruise to a European Tour win.  His final round got off to a steady start, with an even par front nine, making one birdie and one bogey.  On the back, still with a very comfortable lead, he made birdies at the 12th, 14th, and 15th holes, moving to 21-under par.  While he gave one back at the 16th, he was able to make pars at the last two holes, finishing 20-under par, and three shots clear of David Horsey and Haotong Li.

The victory is the fourth on the European Tour for Olesen.  He also has wins in 2012 (Sicilian Open), 2014 (ISPS Handa Perth Invitational), and 2015 (Alfred Dunhil Links Championship).  The 26 year-old has not played good golf as of late, missing cuts in seven of the last ten events.  Olesen will look to follow up his win by continuing his strong play, and climb up the World Rankings. 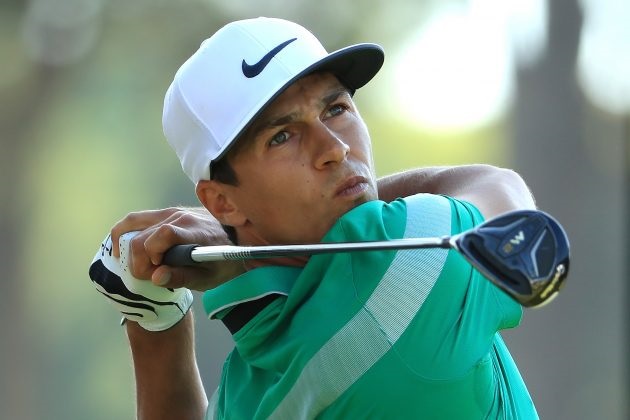