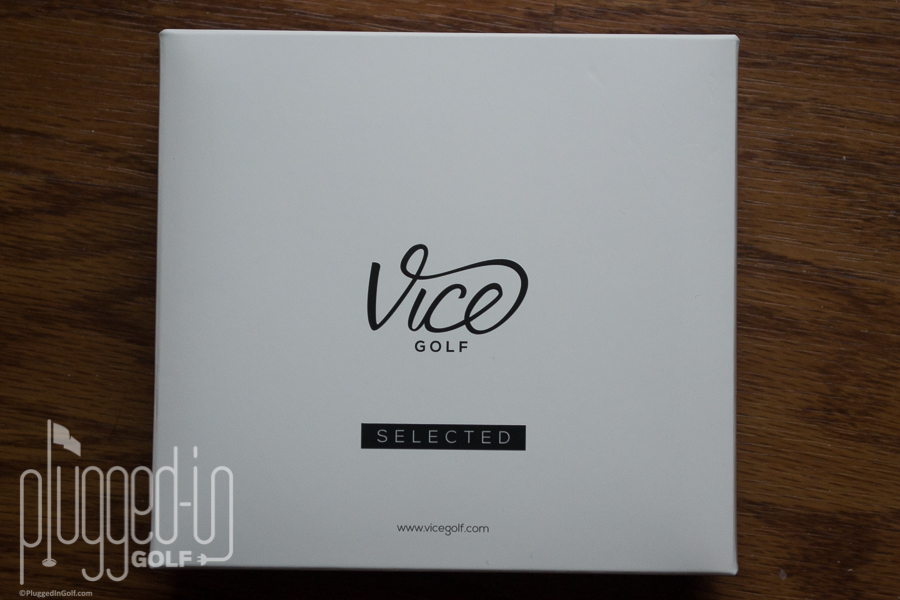 VICE Golf offers three distinct golf balls for every level of player at lower prices than you’ll get from the big names.

At this point, companies offering premium golf balls at lower prices is not a new thing.  What is new?  A company doing it with a sense of fun, with swagger, if you will.  VICE Golf has that.  How else can you describe a company that brings kegs, steins, and logo-shaped pretzels to their golf event? 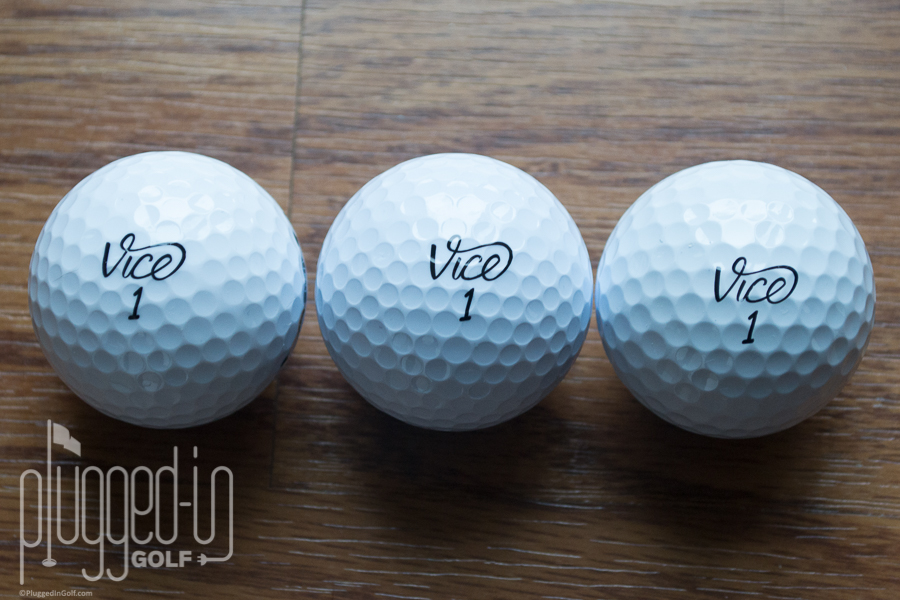 Whether it’s off the putter, wedges, or irons, the three VICE Golf balls all have very distinct feels.  As you would expect, the Pro is the softest.  Off the putter it has the feel you’d expect from a urethane ball, and it creates a soft “tock” at impact.  The Tour is very similar to the Pro, but the sound is slightly higher pitched which creates a feel that is a touch firmer.  The firmest ball from VICE is the Drive.  This ball produces the highest pitched sound and firmest feel off the putter and has more of a “click” off the wedges and irons. 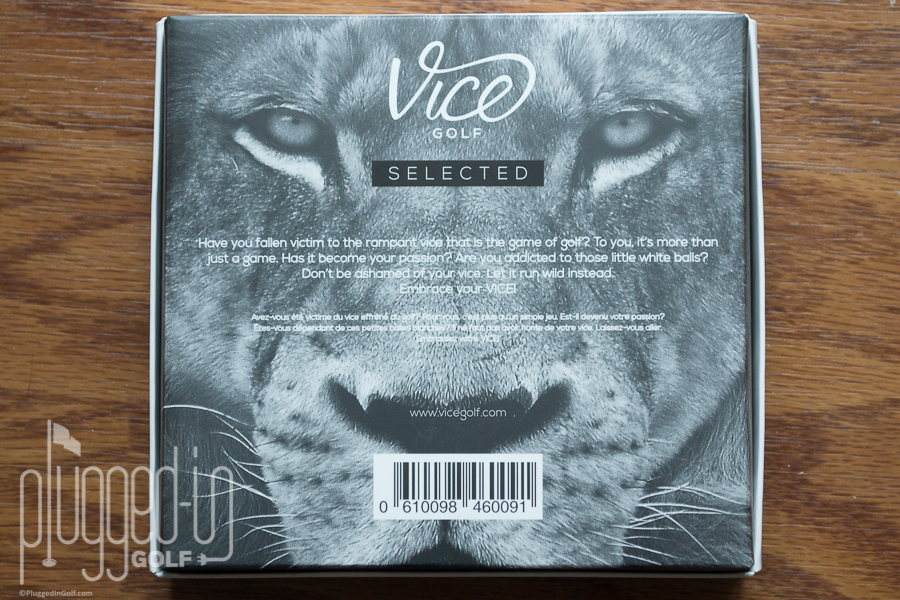 In our launch monitor testing, we did notice some differences between the VICE Golf balls off the tee.  Ball speed was consistent across the line up, but the Drive did spin the least.  The difference was not huge – approximately 200 RPMs from the Pro to the Drive – but we did see it consistently.  As we’ve seen in other tests, the spin difference in the mid-irons is minimal. 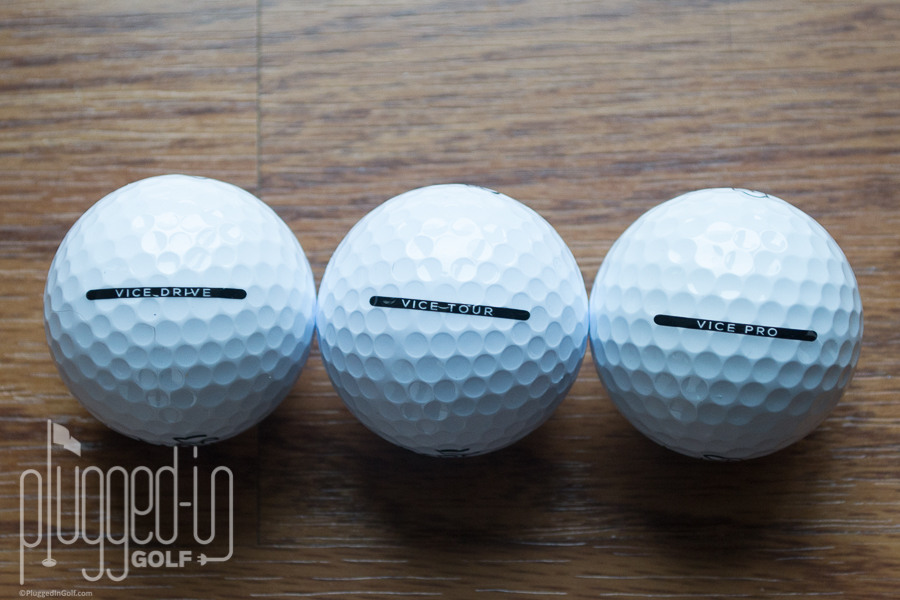 The three balls in the VICE Golf line up perform in the way that you’d expect in the short game.  The Drive, with its two-piece construction and Surlyn cover, is not a ball that’s going to spin too much around the green.  It’s equal to other two-piece balls, but if you want to pull the string on your wedge shots, you’ll want to opt for the Tour or Pro.  Both the Tour and Pro offer good spin on pitches and wedge shots, with the Pro spinning the most because of its soft Urethane cover. 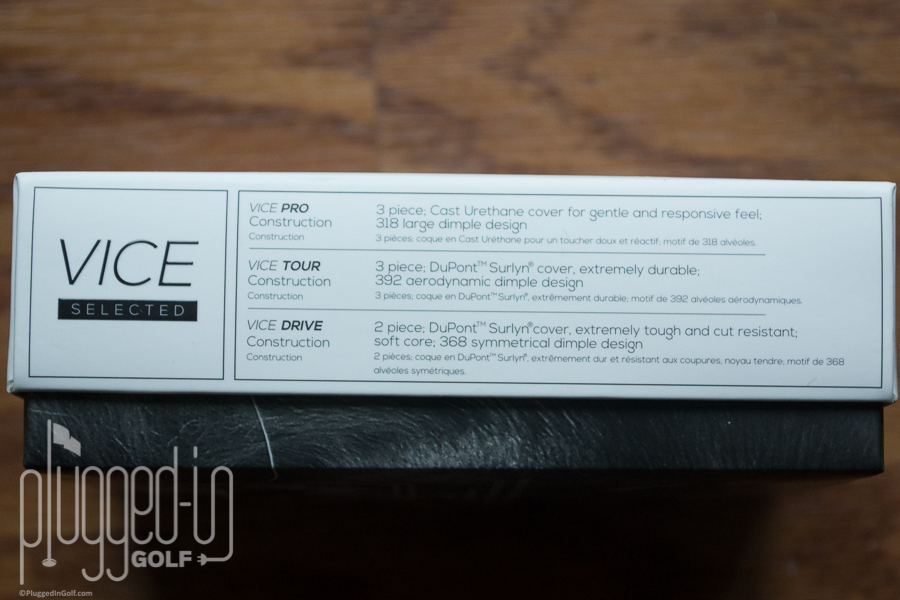 Who This Ball Is For

There is a VICE Golf ball for every player.  If you’re a high handicapper or just don’t need short game spin, play the Drive.  If you’re a low handicapper and want maximum control, play the Pro.  The Tour is a great fit for players in between the two extremes. 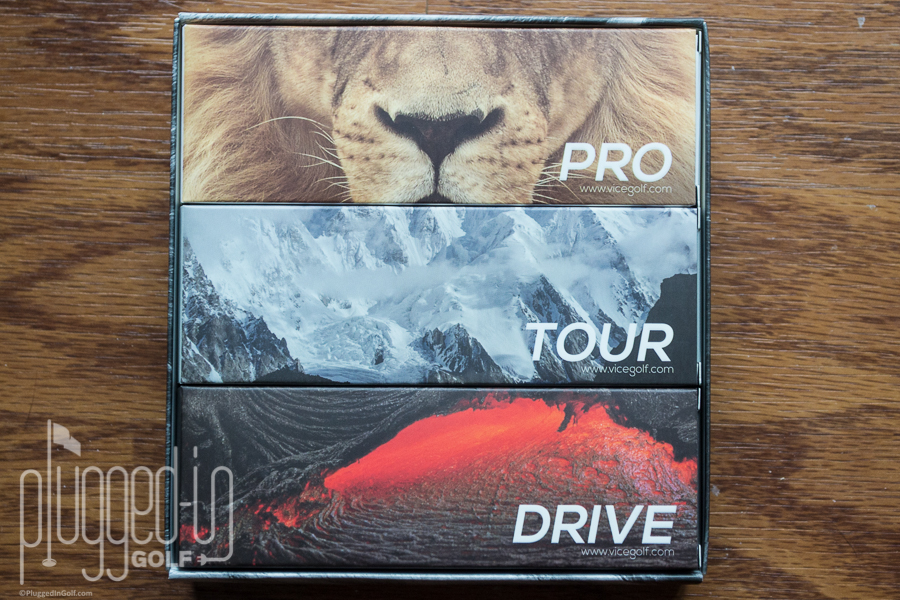 VICE Golf does the “tour performance for less” thing, but with more style and more options than anyone else and more savings, too.  From yellow and pink versions of the Pro ball, to prices that drop when you buy in bulk (as much as $7 off per dozen), to customization options that you won’t find anywhere else, VICE Golf gives you plenty of reasons to try something new.