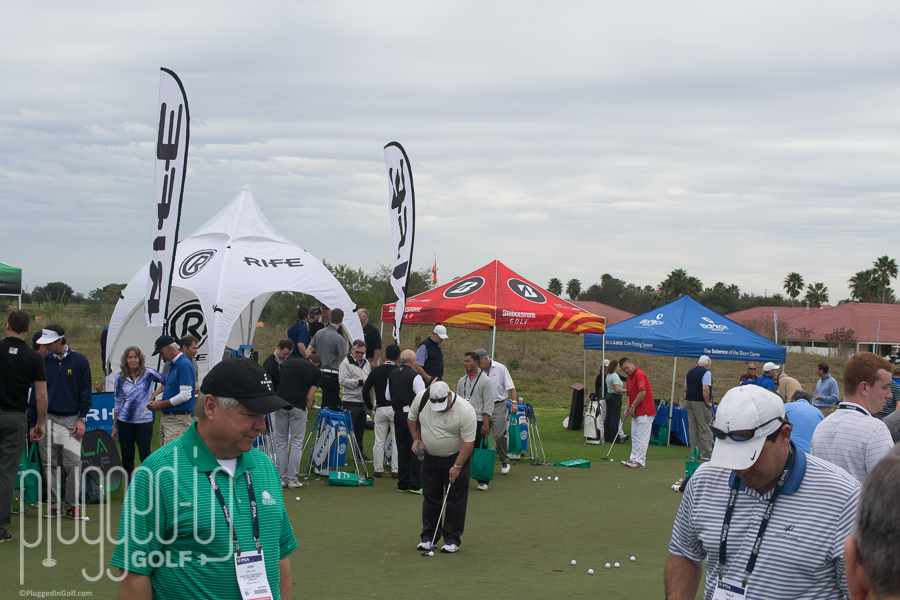 The Best Week of the Year

As a golf writer, the PGA Show is a tough week to beat.  I get to trade snowy Chicago for sunny Florida, play golf, re-connect with friends from around the country, and see the best new products that the golf industry has to offer.  You’ve already had the chance to see Demo Day and the PGA Show through my lens.  Now I want to take you inside my thoughts on the 2015 PGA Show. 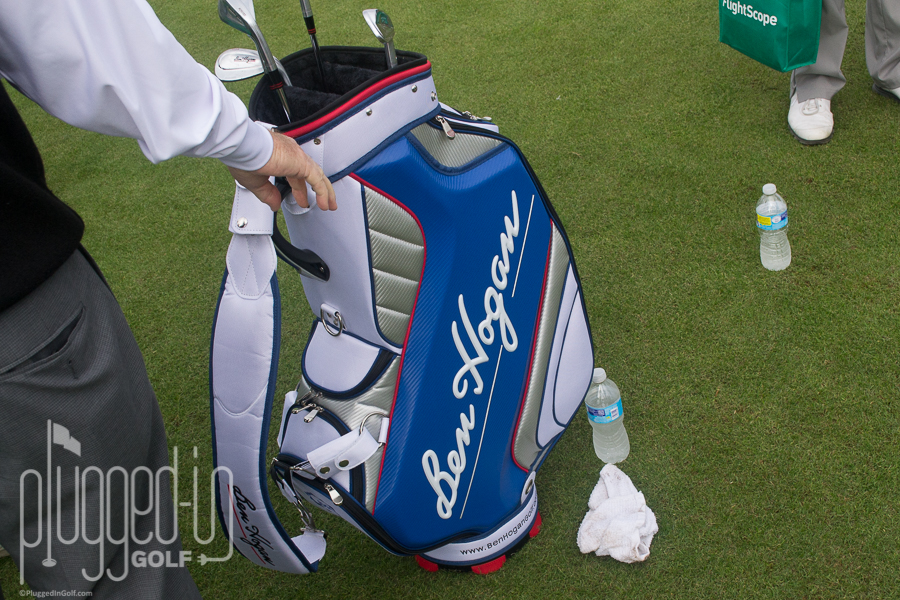 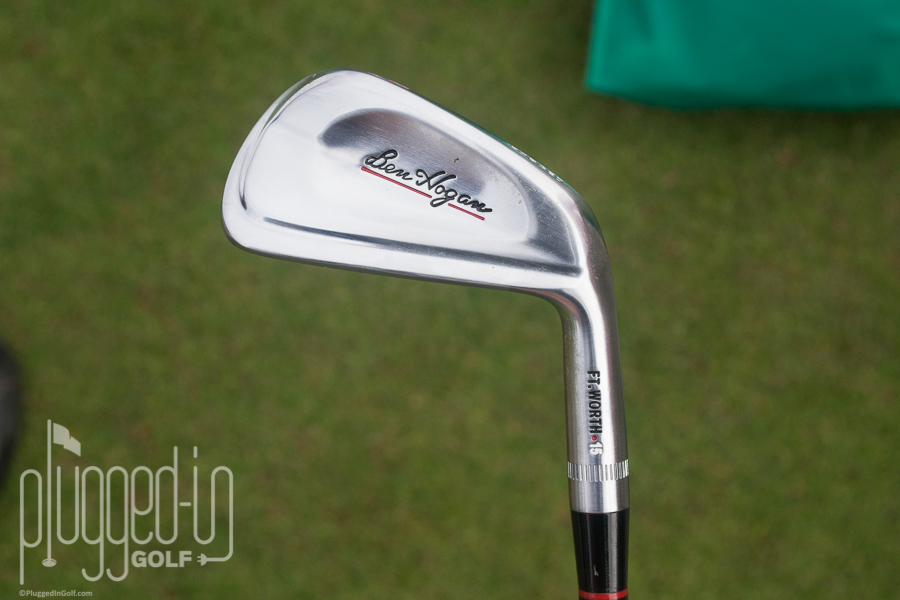 When the people in every major OEM tent are asking, “Have you been to the Hogan booth?” there’s little question about who won Demo Day.  The renewed Ben Hogan brand came out strong with a large, well-placed tent that was packed with representatives and demos of their new irons and wedges.  The new Hogan products follow the same philosophy as Terry Koehler’s SCOR wedges with a club at ever loft from 20 degrees to 63 degrees, allowing players to dial in their distance gaps perfectly.  The design of the irons also shares many characteristics with the SCOR wedges.  I demoed the irons myself and spoke to many others who did and the consensus is that the Hogan brand is in excellent hands. 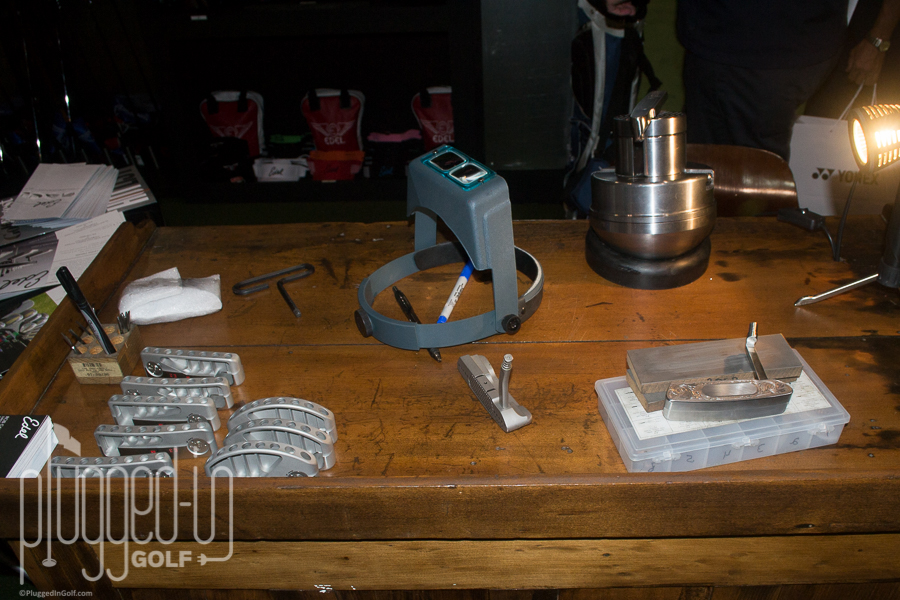 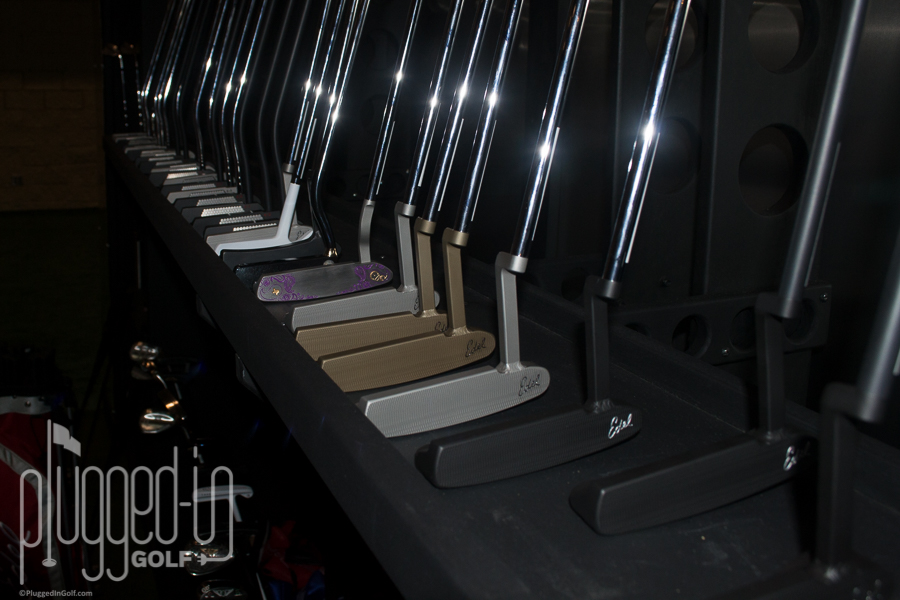 Things I expect to always be true: grass is green, water is wet, the sun is hot, and Edel Golf will have the most jaw-dropping booth at the PGA Show.  This year, they upped the ante by having their master engraver engraving putters live.  I could have spent the entire day watching him work.  Beyond that, they had a booth loaded with unique putters, wedges, and irons that displayed a level of craftsmanship that few can match.  It’s also worth noting that while other premium brands gouge their customers, Edel seems much more interested in making their work affordable to everyday golfers. 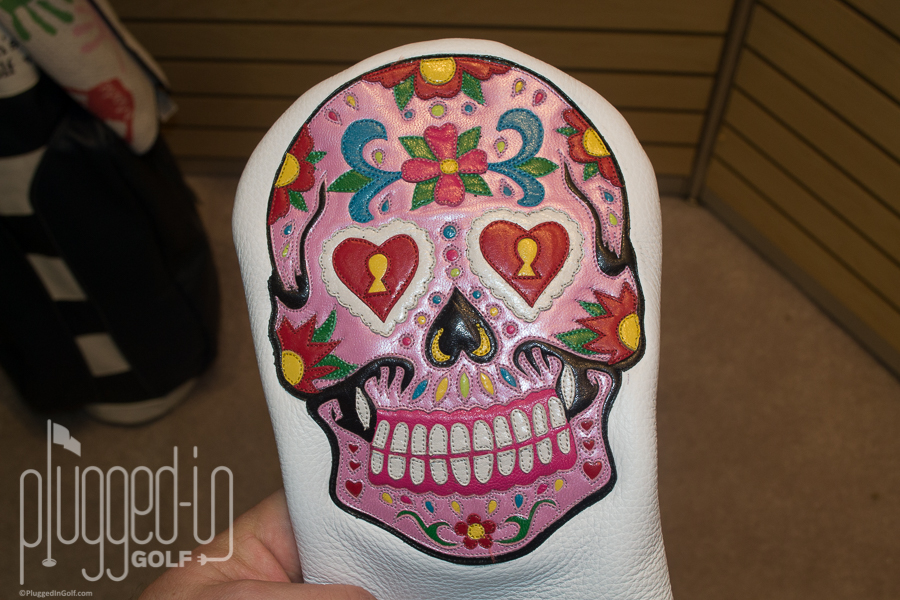 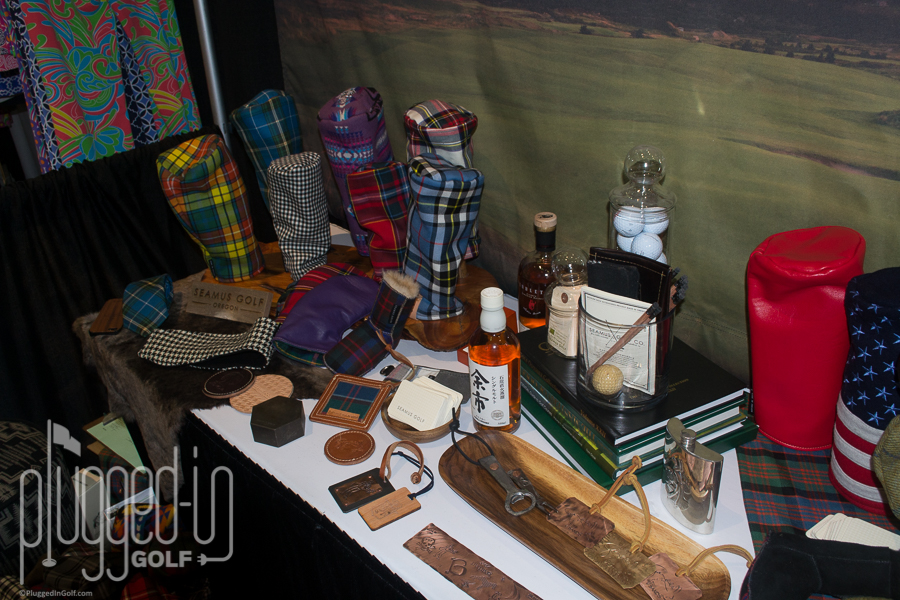 The other standout booths came from companies in the accessory/lifestyle area – CRU Golf, Seamus, Patrick Gibbons Handmade, and Rose & Fire.  In a crowded marketplace, these brands all have traits that make them stand out from the crowd.  Patrick Gibbons brought the one product from this show that I’ll remember forever – a candy skull headcover that took 18 hours to hand make.  The rest of his offerings – shoes, belts, grips, bags, etc – are great, but the skull cover was the show stopper.  Seamus Golf has slowly expanded over the last few years from their signature wool headcovers into hand-forged metal accessories, sunglasses, and more, but they’ve managed to maintain a unified feel to their whole line.  CRU Golf has maintained an old-school, high quality vibe to their offerings as they’ve expanded into the lifestyle category as well.  Finally, Rose & Fire is doing head covers with a variety of materials that no one else can match.  From nylons to bison to camo to motorcycle leather and glow-in-the-dark denim, Rose & Fire guarantees you will have a cover unlike anyone else in your foursome.

You can see more pictures of all these booths, and others, HERE. 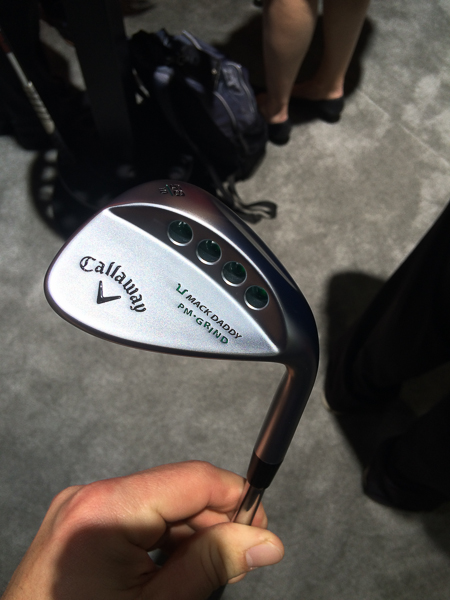 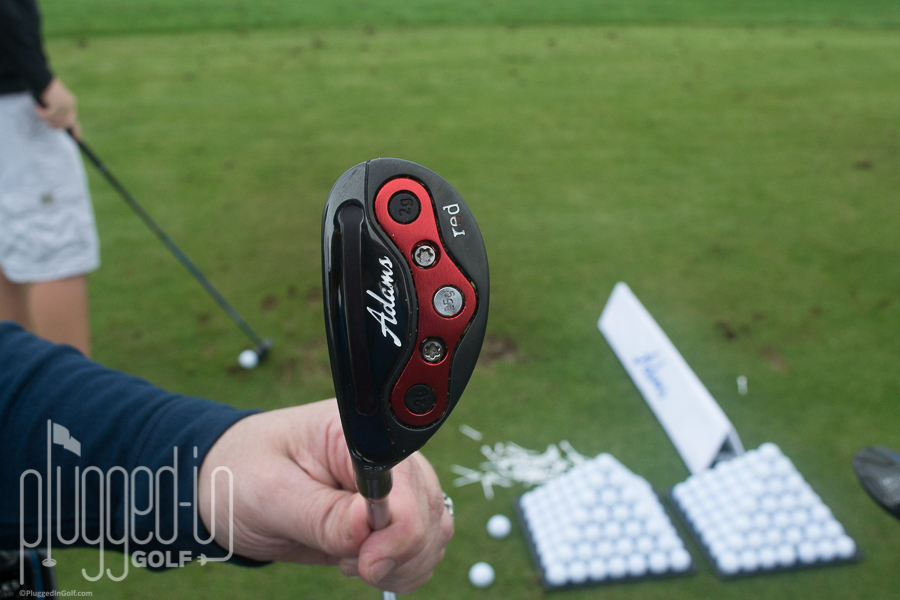 Kudos to Callaway and Adams for actually unveiling new products at the show.  The Adams Red hybrid looks like it will uphold the company’s reputation for stellar long-game clubs.  It has Tour-inspired aesthetics, a unique weight adjustment system, and it performed beautifully in my limited testing at demo day.  Callaway generated some hype of their own with a new Phil Mickelson-inspired wedge, the Mack Daddy PM-Grind.  It features a very high toe and a U-grind sole, all geared towards hitting flop shots.

The Mack Daddy PM-Grind will be available at retail in May.  The Adams Red hybrid will hit shelves in April. 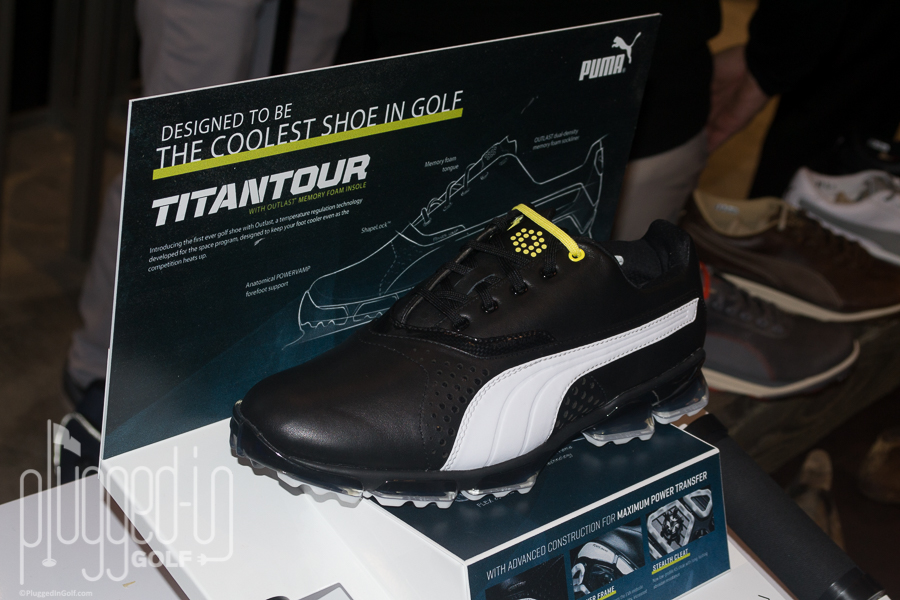 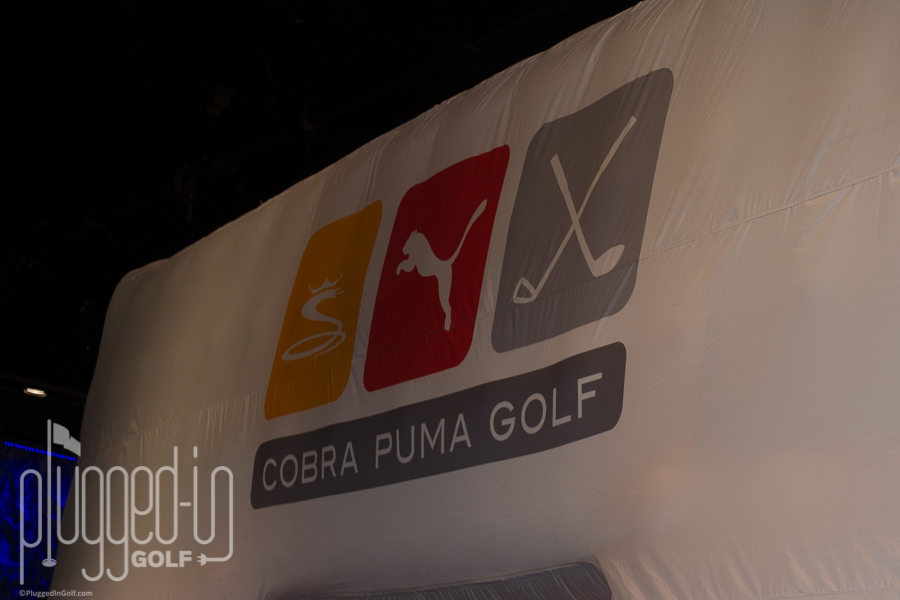 When I say that Puma’s Titan Tour golf shoe is the coolest product, I mean it literally.  The shoe uses a material called Outlast which was clearly stolen from some advanced alien race.  Next to the shoe display they had two mittens – one lined with Outlast, one with cotton.  When I made a fist, the cotton mitten felt warm, the Outlast mitten felt like I was holding a cool breeze.  I’ve never worn Puma golf shoes before, but that will change this summer.

When it comes to fun booths, Cobra Puma Golf continues to run the show.  Innumerable brands have tried to jack their vibe by employing DJs, but you can’t beat golf’s “youngest” brand at their own game.  By 5PM on Wednesday, the Cobra Puma booth was the place to be.  Free drinks and Blair O’Neal certainly played a role in this, but so did the “Flip It and Rip It” seesaw. 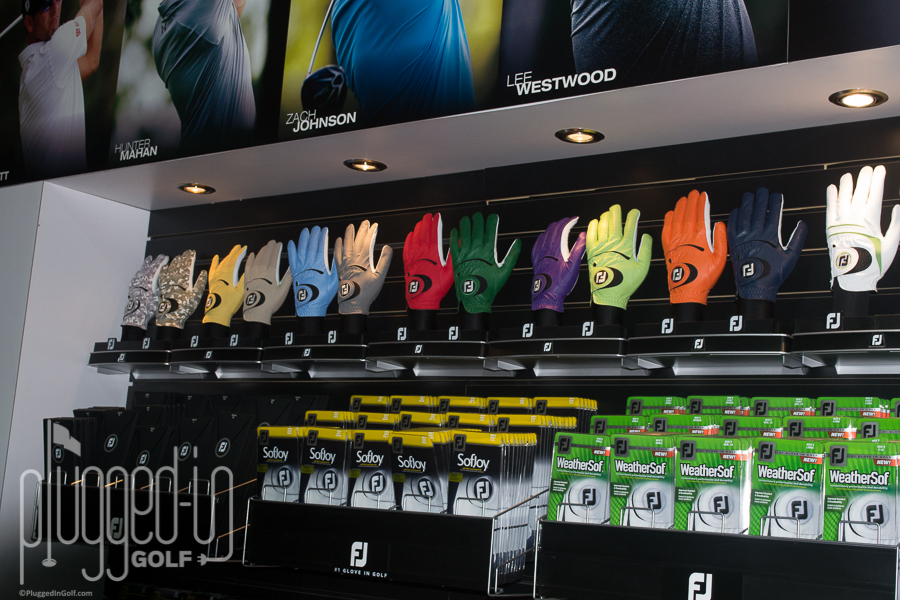 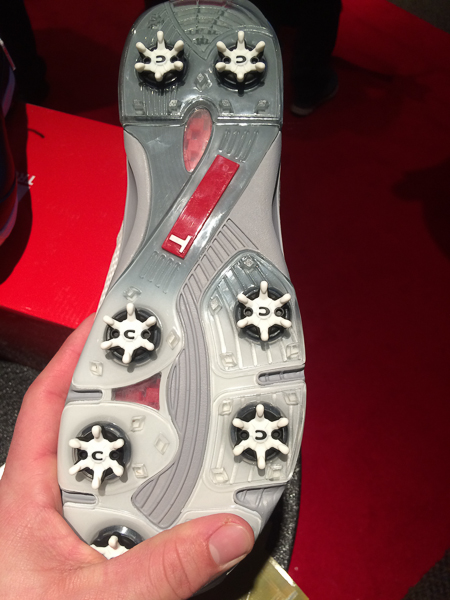 The Times, They Are A-Changin’

As important as it is to have a clear brand identity, it’s equally important to be flexible.  Two of the best shoe companies in golf put that on full display at the show.  FootJoy showed their willingness to adapt by launching the bold new HyperFlex golf shoe and displaying their gloves and socks in a rainbow of colors.  Though the #1 shoe in golf also revealed the Icon Black – a traditional, high-end shoe – there are clear signs that they’re willing to cater to younger golfers as well.  True Linkswear nodded towards a change towards tradition by announcing their first spiked shoe.  The brand best known for minimalist footwear has created an all new sole which allows the golfer to stay low to the ground while enjoy the traction of replaceable rubber spikes.

Finally, there was a distinctly different vibe from the TaylorMade/Adidas booth this year.  The company that used to have the biggest booth, the biggest party, and the most of everything was decidedly toned down this year.  The focus of their booth was product knowledge – there were information sessions held every hour explaining the benefits of their newest products. 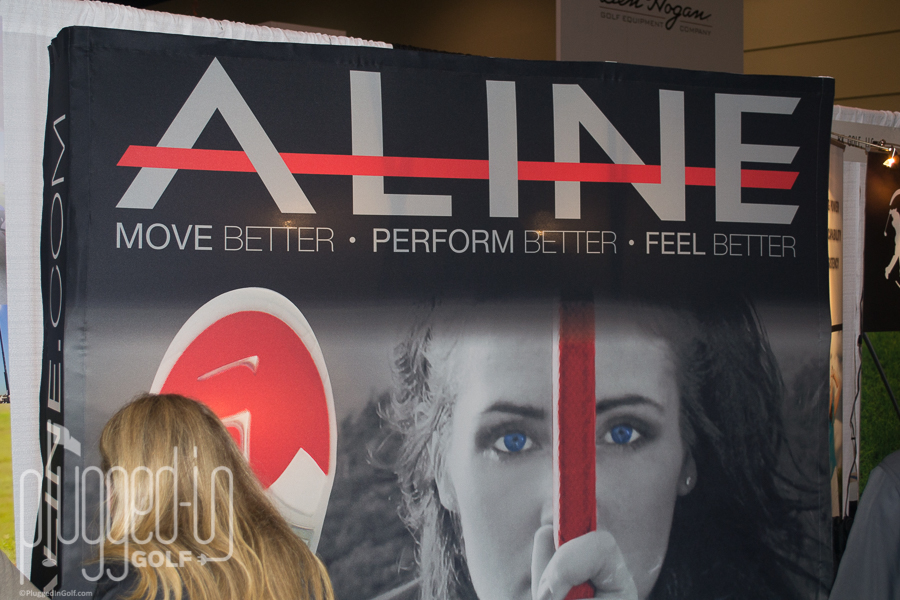 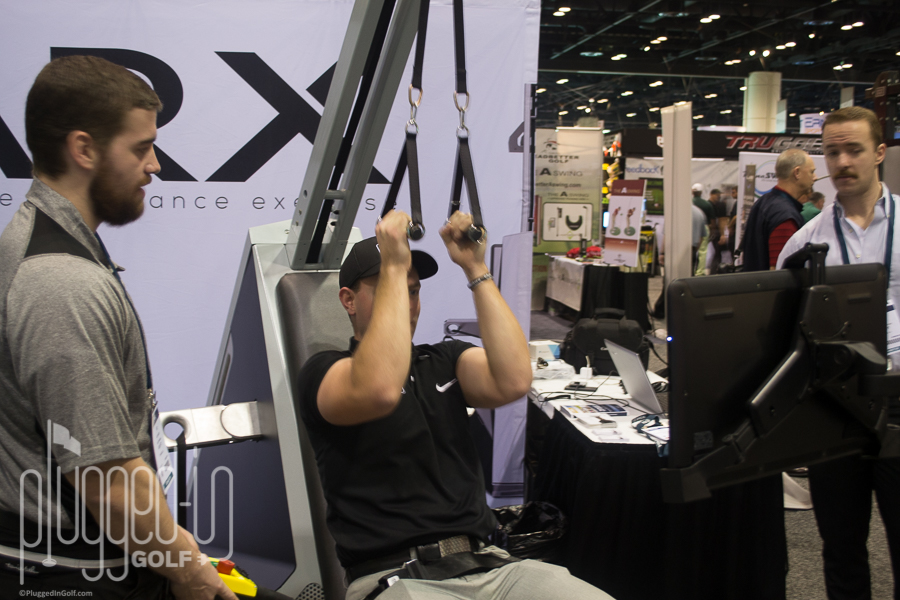 Two companies that deserve more attention are ARX and ALINE.

ALINE makes a shoe insert designed to get your lower body into proper alignment.  I’ve been wearing them for over two years, and I can’t imagine not having them.  Their fitting system is simple, eye-opening, and free of bulls***, unlike many other fitness-related products.

It’s not hyperbole when I say that ARX may be the future of strength training.  Their machines are the most innovative thing I saw at this year’s show.  I’d encourage you to check out their website for more info, but, in a nutshell, the machine provides adaptive resistance so that you’re working at your maximum ability through your entire range of motion and in both directions (concentric and eccentric). 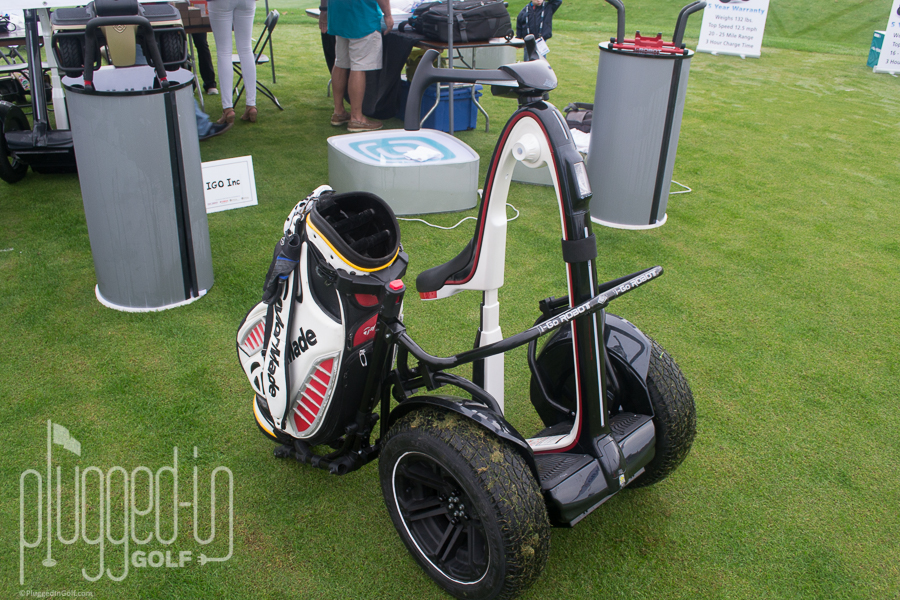 It’s cliche to say that the golf industry is one of copycats, but that fact was really on display at this show.  Three niches stood out as particularly crowded as I walked the aisles: powered carts, leather head covers, and shot tracking.  From Segway-style carts to powered push carts to Golf Boards, companies were looking to cash in by replacing traditional golf carts.  While my friend Ryan found the Golf Board to be fun, I almost killed several people, myself included.

The trend towards old-school, leather head covers -started four years ago with brands like CRU Golf – has reached saturation with loads of low-rent imitators.  You could throw a rock in any direction and hit one.

Shot tracking pioneers like GAME Golf and Arccos are in for serious competition, too.  I saw no less than three new entries into the market, including one from Sky Golf.  This is one area where I’m actually pleased to see the copycats because none of the current products is perfect yet, and the competition should drive innovation up and prices down.  That’s a win for the consumer. 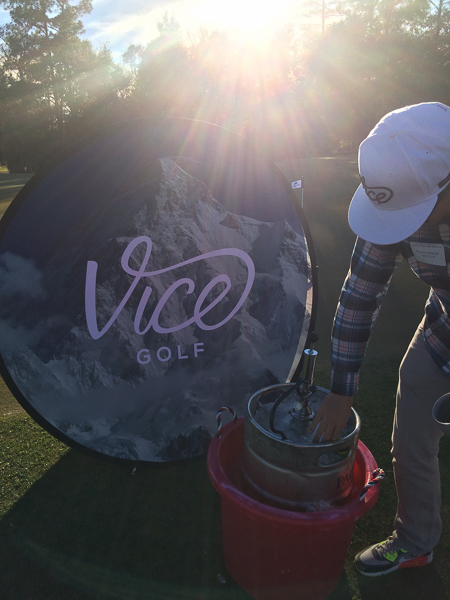 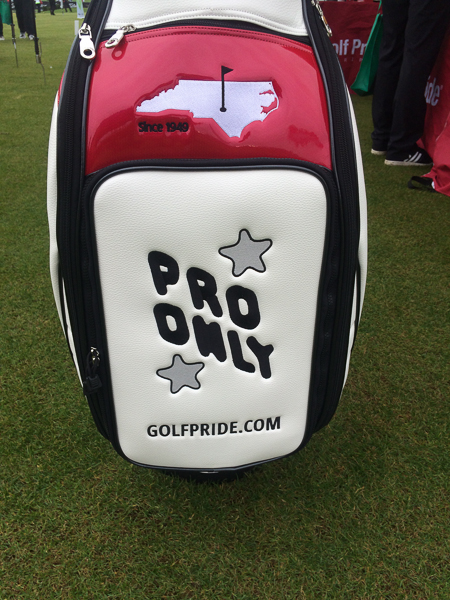 A Couple Tips of the Hat

I would be remiss if I closed without thanking a few people.  First, thanks to Tour Edge for the excellent media event on Monday, and thanks to Vice Golf for making it a particularly memorable one.  Thanks to all the companies and PR folk who met with me and helped to make this trip so successful.  Thanks to all my golf-writing brothers who made the trip enjoyable, especially Ryan from Independent Golf Reviews and the average-looking Spyzinger for traveling with me. 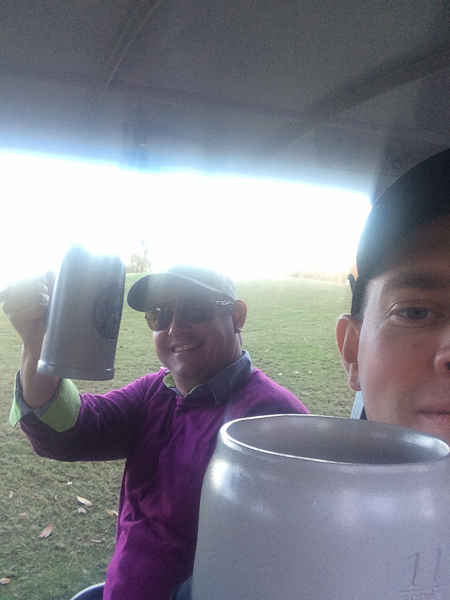 See You Next Year

While I’m happy to get off my feet for a few days, I’m certainly sad that the show is over for another year.  If you have any questions about the show, new products, or anything else, please feel free to post it below.