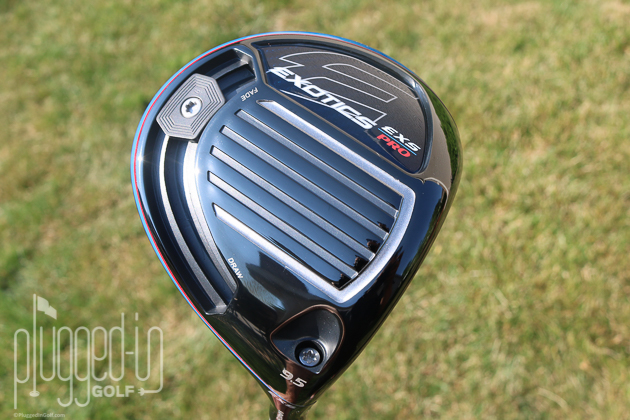 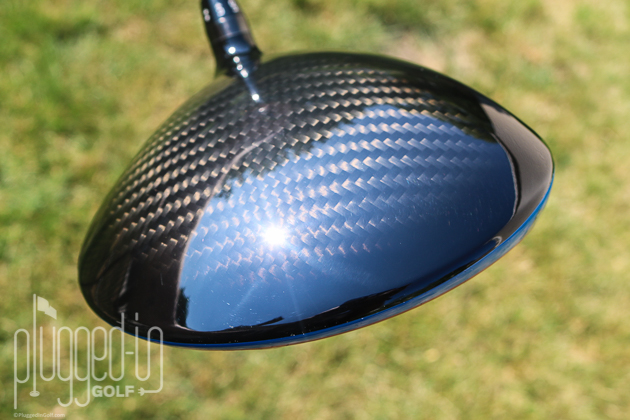 With their EXS and EXS 220 lines, Tour Edge Exotics has delivered more performance per dollar to the recreational golfer than any other brand.  Now, with the new EXS Pro line, they’re going a step further by offering products geared at the high level player.  The EXS Pro driver has “Straight from the Tour Van” looks and performance for the player who demands a lot from their equipment but doesn’t want to pay a fortune for it. 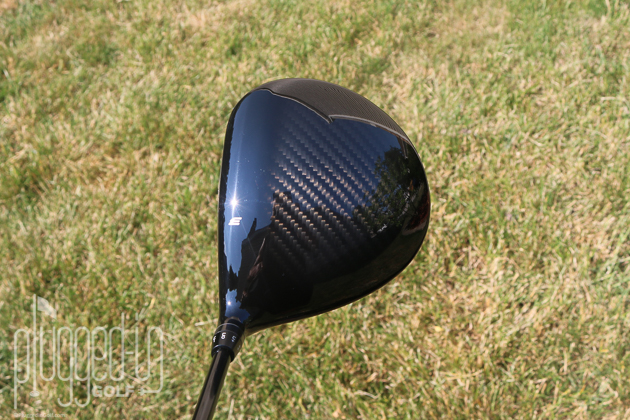 Reading Tour Edge’s description of the EXS Pro driver, I was prepared to see something extremely compact emerge from the head cover.  However, when I set it down at address, I saw a driver that’s smaller than the EXS 220 but not intimidating.  The EXS Pro driver has a taller face, is slightly more compact from heel to toe and front to back, and has a round, symmetrical shape.  It’s easy to see why Tour Edge’s professional staffers have flocked to this driver.

Moving beyond the shape and size, the EXS Pro driver has a look similar to the EXS 220 driver [review HERE].  The crown is solid black near the ball with carbon fiber visible beyond that.  Both drivers share a black, red, and blue color scheme that’s well executed on the sole and head cover. 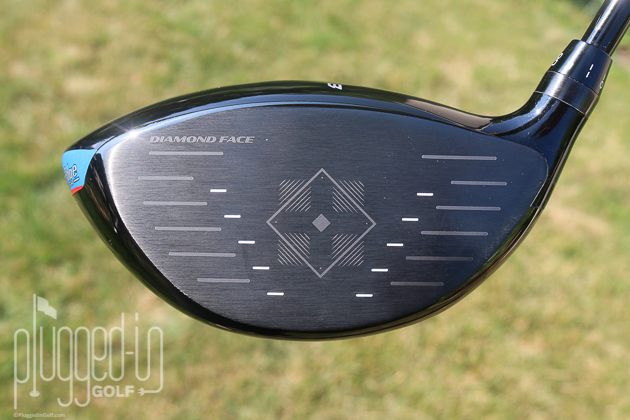 When a club gets the “Pro” designation, that often means more feedback on strike quality.  Tour Edge Exotics took that very seriously with the EXS Pro driver.  I cannot recall a club that states more clearly whether you’ve flushed a shot or missed it.

I started my testing of the EXS Pro driver with the weight in the toe.  Shot after shot (missed the CG and) produced a loud, high-pitched “clank.”  When I slid the weight into the center of the face, it was an entirely different club.  The feel became very solid and the sound was muted and low-pitched.  If you like a club that clearly tells you when you need to swing better, this is for you. 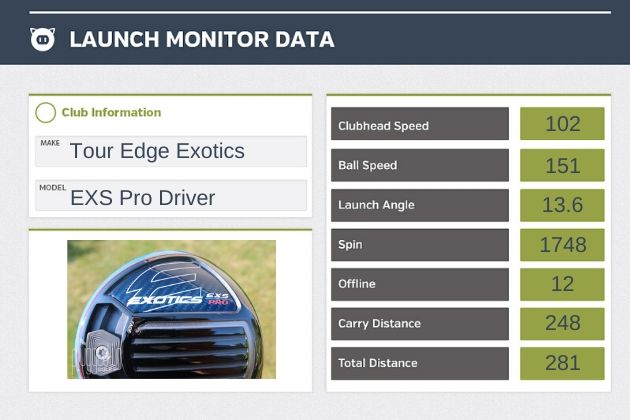 The most obvious upgrade from the EXS 220 to the EXS Pro is the sliding weight.  Tour Edge calls this 6 gram slider FlightTrack Technology (3, 9, and 15 gram weights can be purchased separately).  Combined with the +/-2 degrees of loft that you can change at the hosel, you have tons of room to dial in this driver.

With regard to adjusting shot shape, FlightTrack Technology is very effective.  With the weight in the toe, it was hard for me to get the EXS Pro to draw.  When the weight was in the heel, even a big fade swing turned into a straight shot.

The other aspect of FlightTrack Technology that merits discussion is how it will affect your ball speed.  I prefer to shape the ball to the right, so based on that I would want the weight in the toe.  However, I strike the ball in the center or heel of the club, never the toe.  Thus, putting the weight, and sweet spot, in the toe didn’t make sense for me because my strikes weren’t aligned with the CG.  You need to consider strike location alongside shot shape when you position the weight. 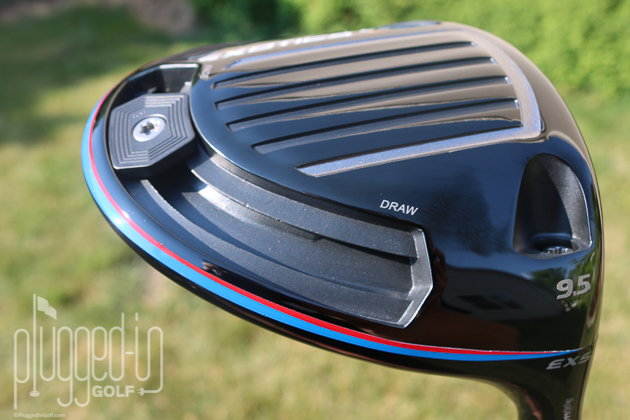 Overall, the EXS Pro driver is another strong performer from Tour Edge Exotics.  Ball speed on centered strikes is excellent.  It’s not as forgiving as the EXS 220 driver, but ball speed retention is quite good given its compact size.  This driver also has measurably lower spin than the EXS 220, and the difference will likely be larger for higher spin players than myself.  For me, the ball was launching in a near-ideal window with a strong flight and plenty of roll. 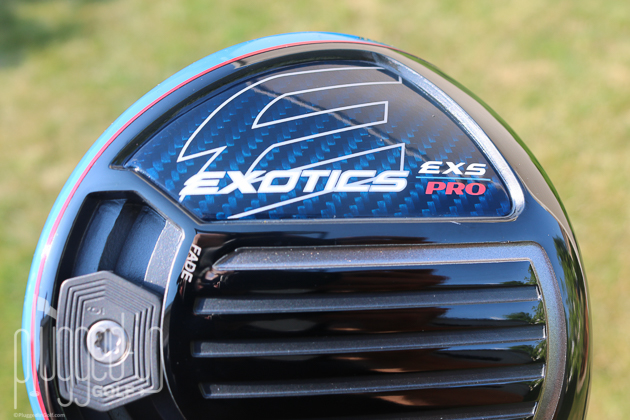 With strong performance and premium shaft offerings at a price that’s well below many other drivers, the 1,000 EXS Pro drivers are sure to sell out fast.  Tour Edge Exotics continues to deliver more performance per dollar up and down the handicap spectrum. 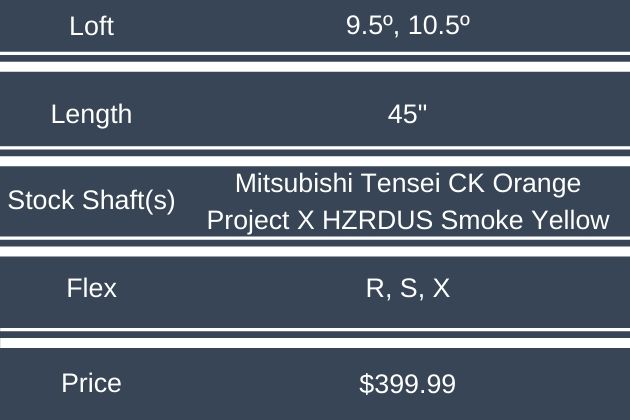