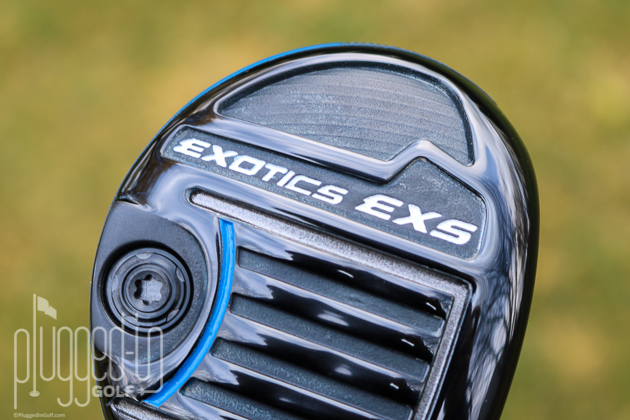 The Tour Edge Exotics EXS hybrid is a perfect compliment to the CBX hybrid.  Easy to launch, mid spin, and plenty of forgiveness. 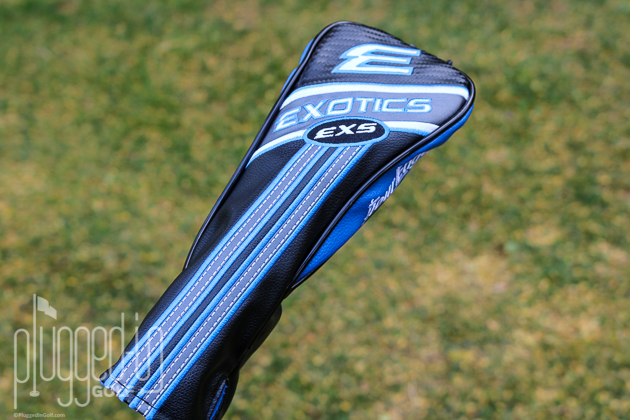 One of the trends in hybrids over the last few years has been to make them go longer and longer.  This makes them a great replacement for fairway woods but less useful as long iron substitutes.  The new Tour Edge Exotics EXS turns back the clock slightly by offering higher launch and spin for more precision when attacking the green. 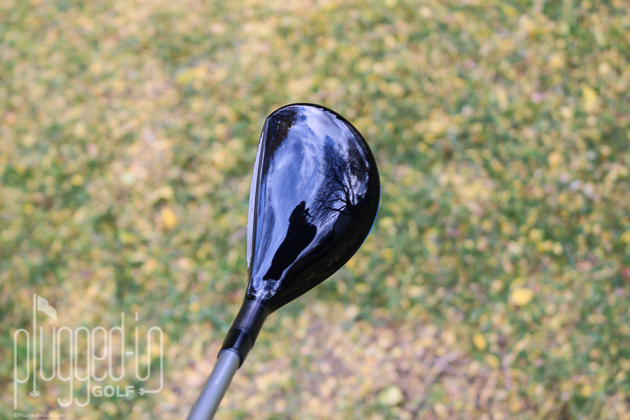 The EXS hybrid finds the middle ground between tiny players hybrids and giant distance monsters.  It’s big enough to promote confidence but small enough that I felt like I could be precise with it.  The comparison that sprang to mind for me is the Titleist 818H1 but with a more refined shape.

In comparing the EXS to the Tour Edge Exotics CBX, the EXS is larger, but both have a clean, all-black crown.  Additionally, both clubs have that “just right” face height that makes them usable off the tee, in the fairway, or out of the rough. 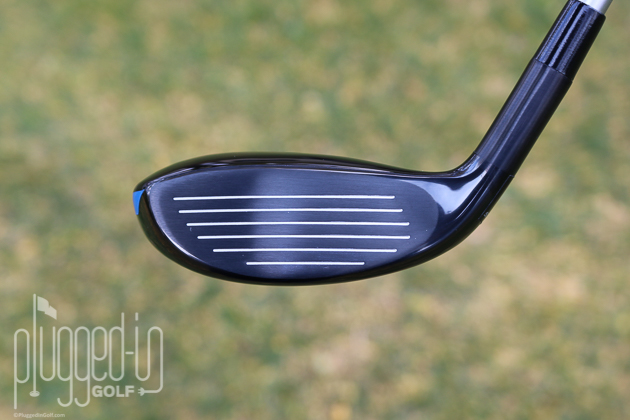 The sound and feel of the Tour Edge Exotics EXS hybrid promotes the sense of iron-like control and precision.  At impact you get a bass-heavy sound without any bright or metallic tones.

When you strike the ball well, your hands get a solid, satisfying sensation.  Mishits aren’t harsh, but there’s enough difference in feel to let you know when a shot isn’t pure. 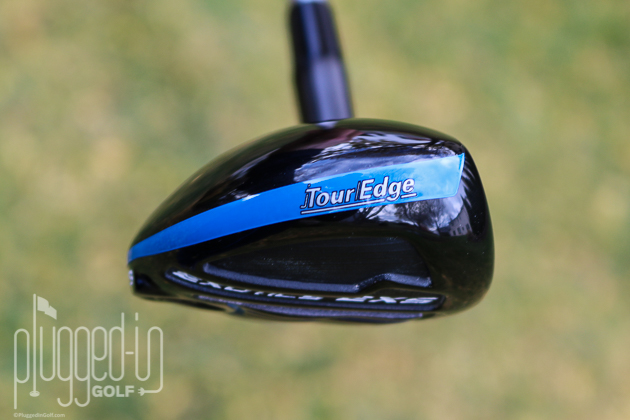 The Tour Edge Exotics CBX hybrid has been in my bag since I first tested it, so the first thing I did was to compare it to the EXS.  Though the comparison was far from perfect (different shaft and loft), it was clear that the CBX is lower spinning and more demanding.  The EXS, by contrast, launched the ball more easily, created slightly more spin, and was more forgiving.

In the context of the broader hybrid market, the EXS finds a just-right middle ground.  It has plenty of distance, and the ball flight is strong, but it’s able to hold greens as well.  It’s forgiving, but I was never surprised by the ball flight.

One interesting feature of the EXS hybrid is the single weight in the head.  This club comes stock with a 4 gram weight, but players who want to make the club heavier or change the ball flight can install a 7 or 10 gram weight (sold separately).

Finally, as with the EXS driver and EXS fairway wood, Tour Edge Exotics went premium with the shaft in the EXS hybrid.  The hybrid employs the MCA Tensei CK Blue, just like the other clubs in the line.  This shaft feels very stable, and it produced excellent results for me. 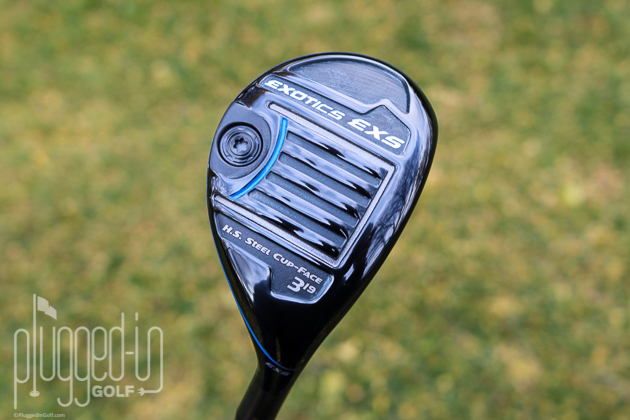 Tour Edge Exotics already has one of the longest hybrids in their lineup with the CBX, so they developed the EXS to be a perfect complement.  For players that don’t need a spin killer, who prefer more forgiveness, or who want a higher ball flight, the EXS hybrid is a great choice. 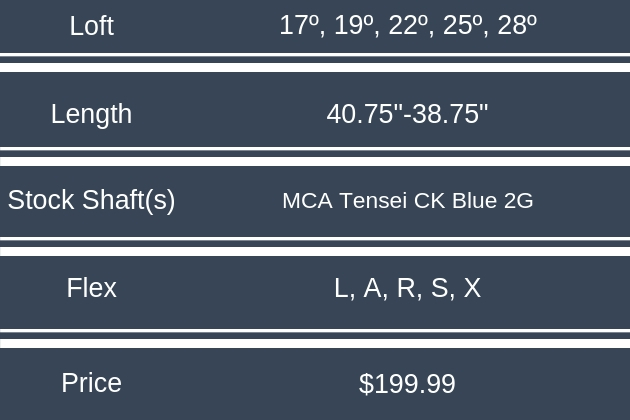