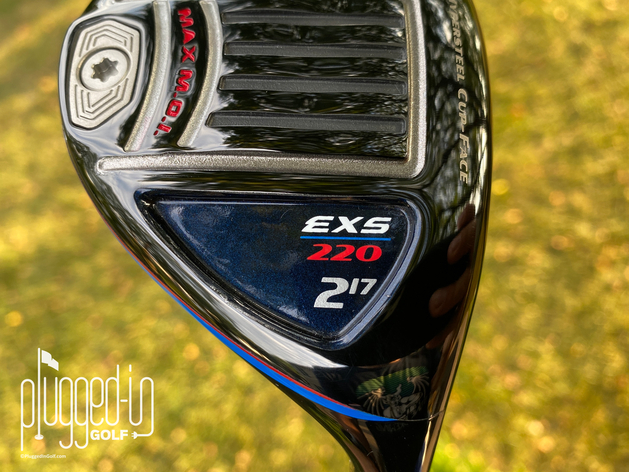 The Tour Edge Exotics EXS 220 has ball speed and forgiveness to spare, but it’s more than a pure distance hybrid.  Larger size but with classic aesthetics.  Great sound and feel. 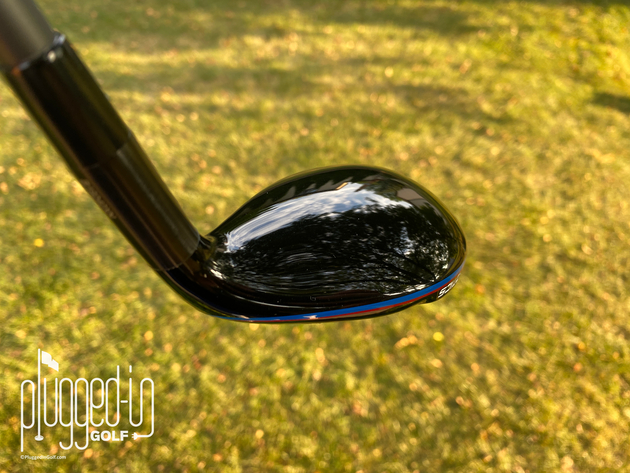 For the last few years, Tour Edge Exotics has had a stranglehold on the hybrid spot in my bag.  With the CBX and then the CBX 119, I couldn’t find anything that gave me more distance plus the looks and feel I preferred.  As a huge fan of the EXS 220 line, I was very excited to test the hybrid to see if it could possibly unseat the CBX 119 from my bag. 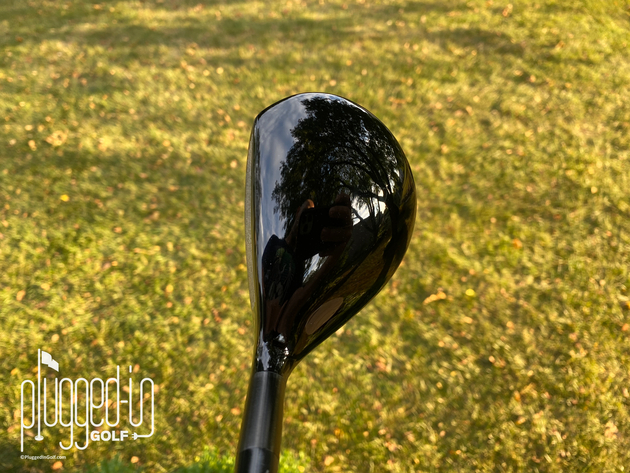 The Tour Edge Exotics EXS 220 hybrid makes it obvious from first glance that it’s designed to go a long way.  Based on the size, the EXS 220 is in the “mini fairway wood” class of hybrids, and it has the performance to match.  It’s quite long from front to back, though this is tempered by it’s modest pear shape.    The gloss black crown and lack of an alignment aid give it a clean, classic look. 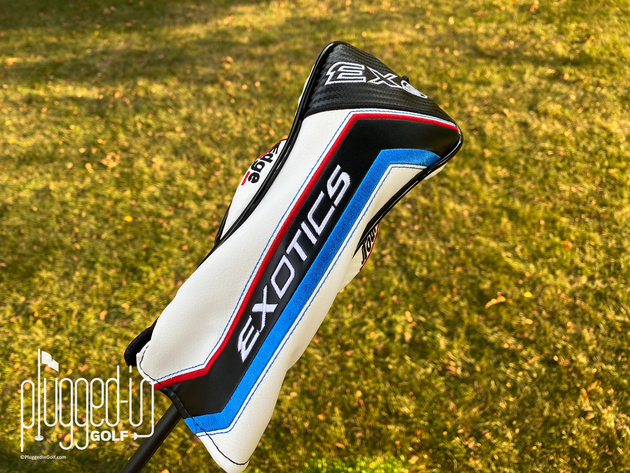 In the bag, the EXS 220 hybrid’s Slipstream Sole is the dominant feature.  The dark navy blue base color makes this club visually distinct without begging for attention.  The headcover is largely black and white with enough red and blue to give it some character. 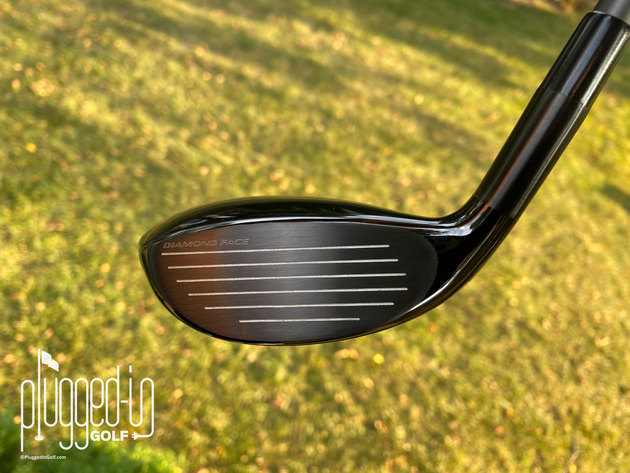 Tour Edge Exotics is among a handful of OEMs placing a focus on acoustics in 2020.  By integrating a Sound Diffusion Bar into the EXS 220 hybrid, they’ve created an impact sound that’s crisp and metallic without being tinny.  Striking the ball on center creates the most robust sound and the most solid feel.  Feedback through the hands and ears is excellent. 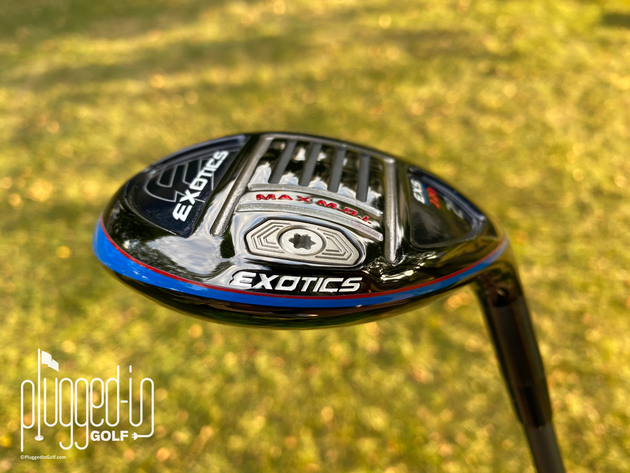 After seeing the size of the Tour Edge Exotics EXS 220 hybrid and knowing how TEE team members rave about its ball speed, I was expecting a rocket launcher that was a bit of a one-trick pony.  A little testing left me pleasantly surprised.

With regard to the ball speed and distance, the EXS 220 hybrid does not disappoint.  I was seeing shots register smash factors of 1.5 on Trackman (that’s generally considered a perfect strike for a driver), and even mishits were going on long flights.  If you want to make more par 5s reachable, this is a great choice. 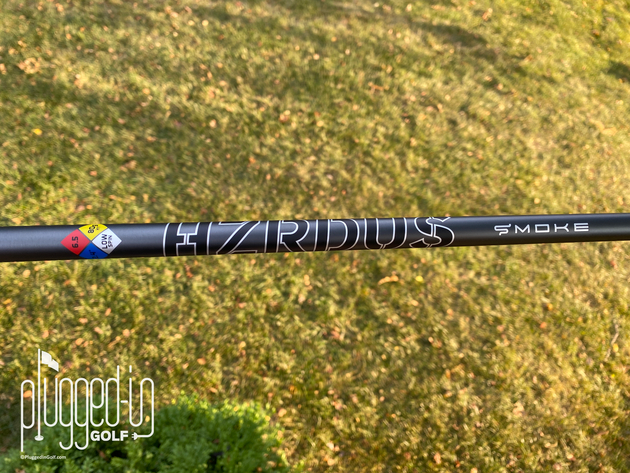 What surprised me was the versatility.  Having gamed the CBX and CBX 119 (reviews HERE), I was expecting fairly low launch with low spin.  The EXS 220 hybrid, however, keeps the launch and spin in a range that creates distance and will hold a green.  This means you can play the EXS 220 as a fairway wood replacement or an iron replacement.  The higher spin also makes it a little more workable for the better player.

Finally, Tour Edge is offering five SpeedTested stock shafts in the EXS 220 hybrid.  Through robot testing, they have paired particular shafts with this head for different swing speeds.  Up to 95 MPH, TEE recommends the KBS TGI Tour Graphite shaft in weights ranging from 50 to 80 grams.  For players swinging over 95 MPH, they suggest the Project X HZRDUS Smoke Black at 80 grams. 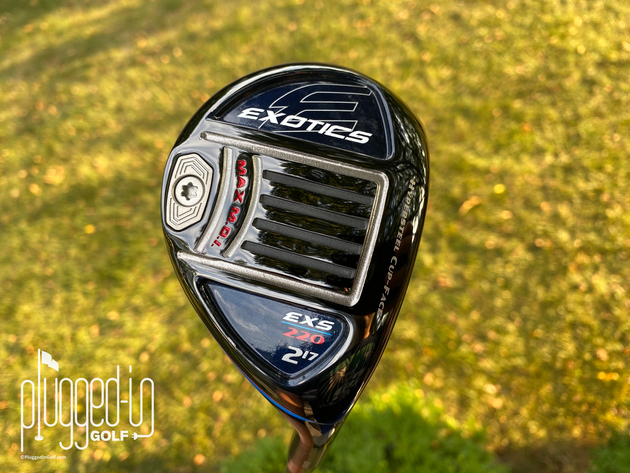 I’ve been extremely happy with my Tour Edge Exotics CBX hybrids, and had no intention of taking the CBX 119 out of the bag this year.  The EXS 220 hybrid has me thinking otherwise.  The ball speed and distance is exceptional, and the EXS 220 gives me more forgiveness and consistency.  If that seems like a winning combination for you, get to your club fitter to give one a try. 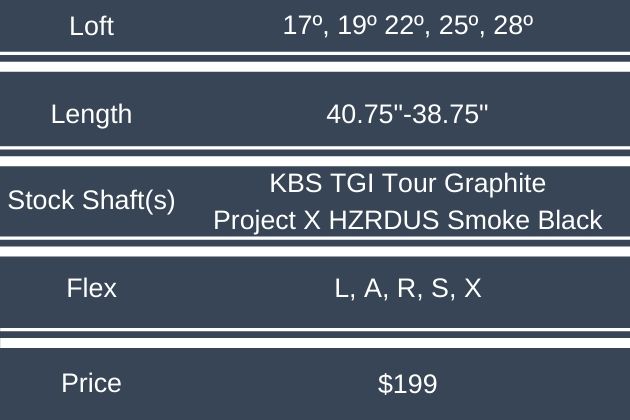