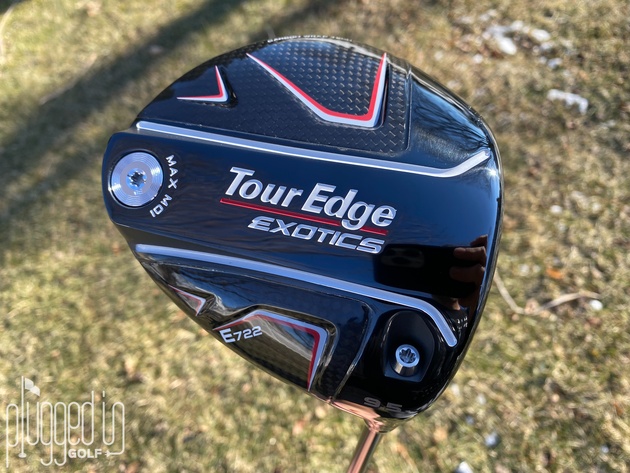 The Tour Edge Exotics E722 driver is a very forgiving driver that can work for players at any level.  Great impact sound.  Mid spin, mid/high launch. 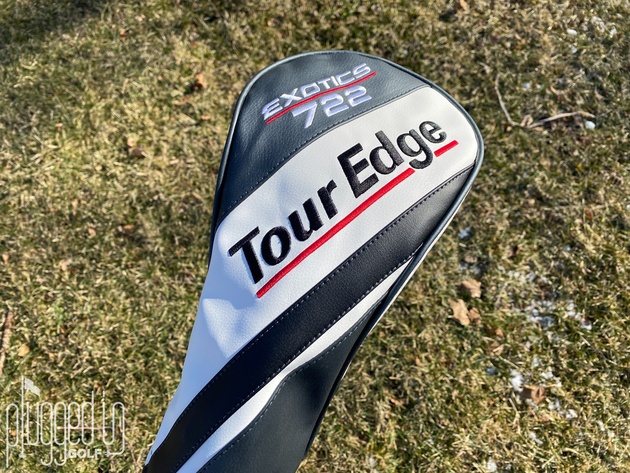 Tour Edge Exotics is best known for making Tour-style clubs.  It’s right in the name, and it’s proven in their track record across professional tours.  But just because their clubs are great for the pros doesn’t mean they can’t engineer high performing tools for recreational golfers, too.  When TEE tunes their signature technologies for the average player, you get a club like the E722 driver. 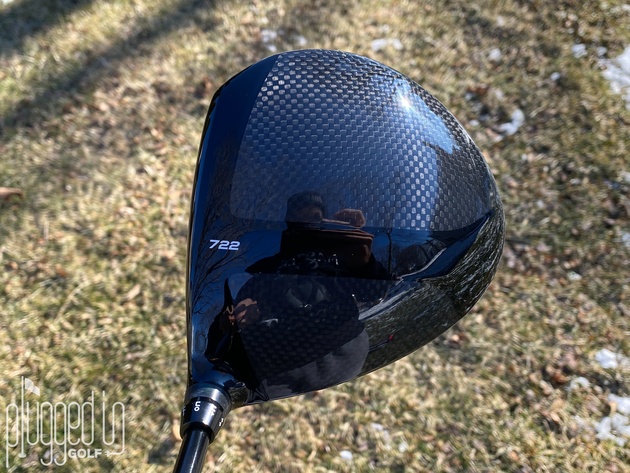 The Tour Edge Exotics E722 driver uses asymmetrical carbon fiber plates in the crown to play a small trick on your eyes.  This head is almost perfectly round, but because the toe-side plate is much larger, it gives the driver a pear-shaped appearance.  In terms of size, the E722 is a standard modern driver that’s slightly elongated from front to back.

Flipping the club over, you’ll see that those carbon fiber panels wrap around to the sole.  Along the middle of the sole, there’s prominent Tour Edge Exotics branding.  A large weight at the rear of the head calls attention to the design focus: high MOI. 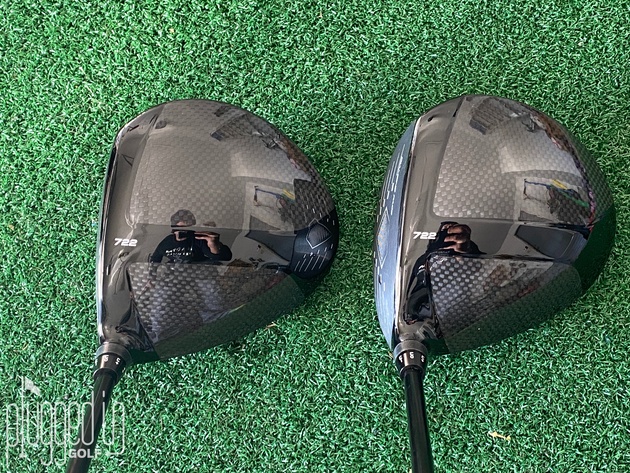 The differences between the C722 (right) and E722 drivers at address are minute.  The E722 sits square, the C722 is a hair open.  This difference may seem larger in the picture above because of the camera angle.  Staring at them side-by-side, the E722 is also a little more rounded, making it appear a little bulkier on the toe side.  This makes the face appear a bit taller, though it isn’t.  Without having the clubs next to each other, it would be very hard to tell one from the other. 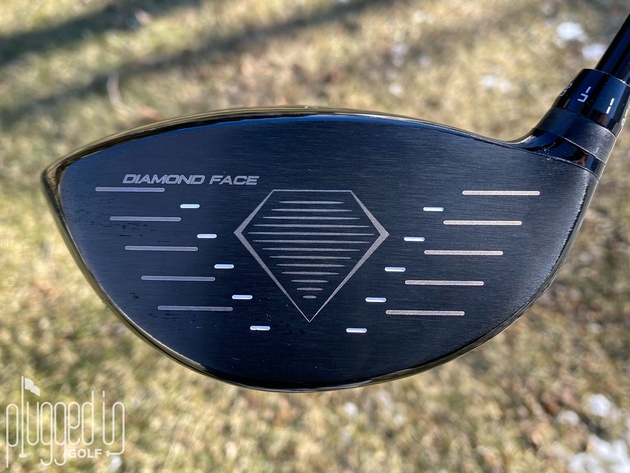 Much like their looks, the sounds of the E722 and C722 [review HERE] are similar with subtle differences.  That same “crack/snap” is still the dominant feature at impact, but it’s slightly quieter and lower pitched in the E722.  This may be the result of of having only one weight port in the sole.  Regardless, it’s a powerful sound that announces your presence with authority.

As in the C722, the feedback is very precise through the hands.  If you’re paying any attention at all, you’ll know exactly where the ball met the face.  This level of feedback in a highly stable driver is impressive. 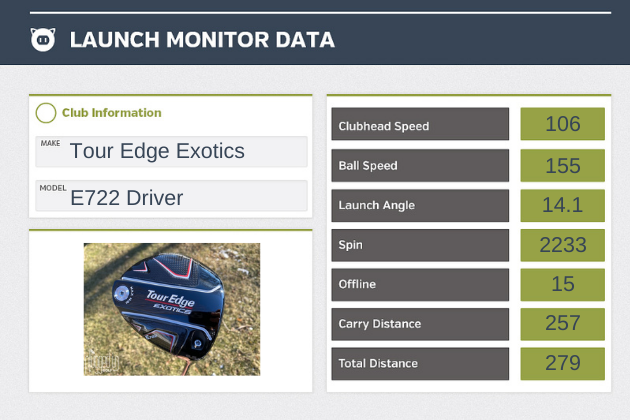 The Tour Edge Exotics E722 driver has the same adjustable hosel as its brother, but it trades the Front/Back Weighting System for higher MOI.  The E722 driver has a single 30 gram weight at the back of the head which pushes the MOI to 5500 g/cm² (the C722 tops out at 4,950). 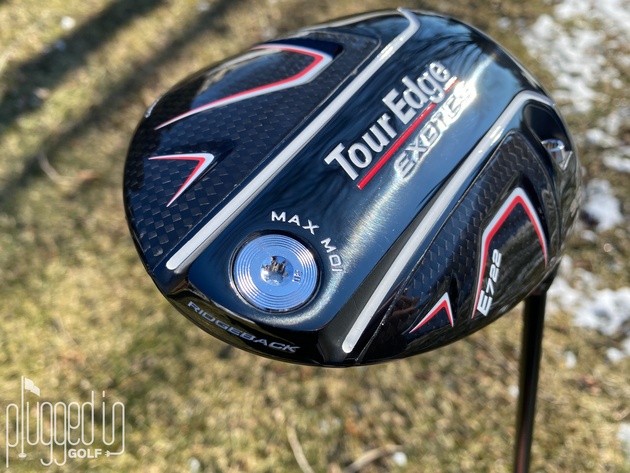 Every performance metric – distance, ball speed, launch angle, and spin – is very stable with the E722 driver.  Even when I was first getting used to this club, the shots kept flying on similar trajectories to similar distances.  If forgiveness is at the top of your wish list, the E722 needs to be one you try this year.

In comparing the E722 and C722 drivers, I found that I was a bit more comfortable with the feel of the C722 which is why it produced better numbers (yes, you can compare the numbers in the two reviews apples-to-apples).  As I noted in the C722 review, the location of the CG can make a big difference in how a club feels to you, and the C722 hit a sweet spot for me.  That said, it would be very easy for me to put the E722 driver in the bag in light of how consistent it is. 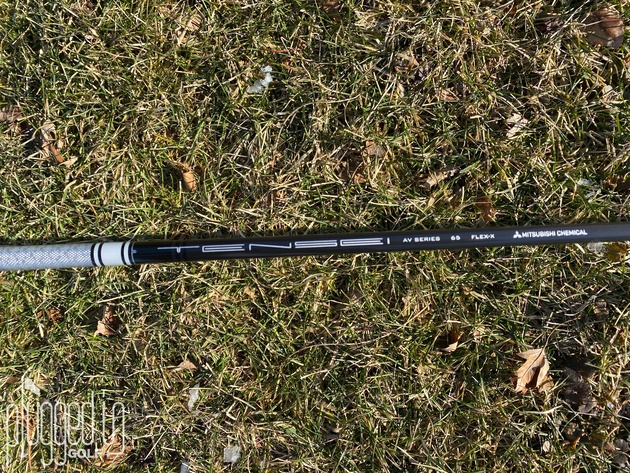 In the C722 and E722 drivers, Tour Edge Exotics gives players numerous shaft choices.  From Mitsubishi Chemicals, they offer the TENSEI Orange, White, and Blue.  The latter two come in both 65 and 75 gram versions.  From Fujikura, light weight players can get what they want from the Air Speeder.  Ventus Red and Ventus Blue are also available.  TEE uses their Speed Tested system to recommend shafts to those that can’t be fit in person. 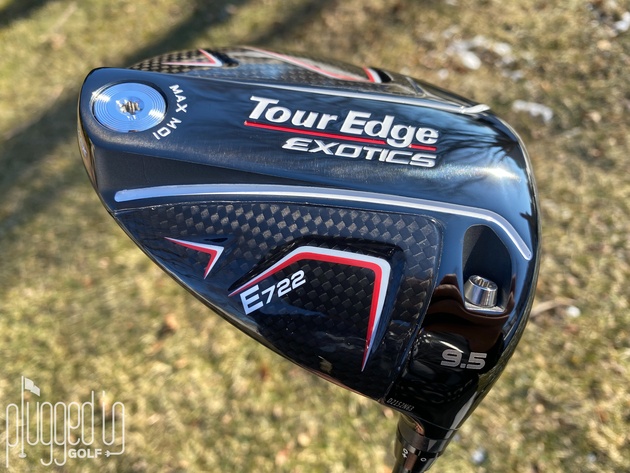 For players that value forgiveness and consistency above all else, the Tour Edge Exotics E722 driver is a must-try.  This club doesn’t lack in distance, but it’s the predictability that really makes it special.  Get it fit with the right shaft and loft and you’ll have a great year off the tee. 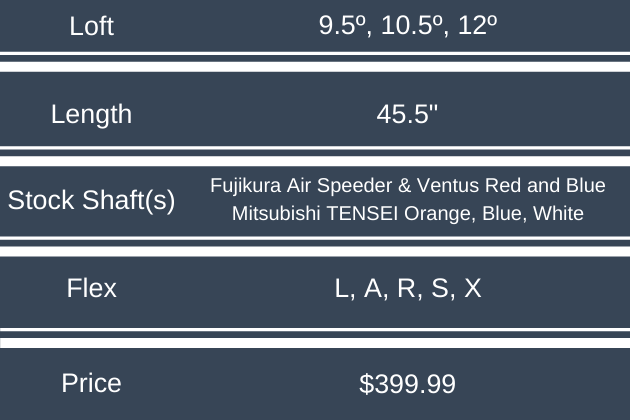