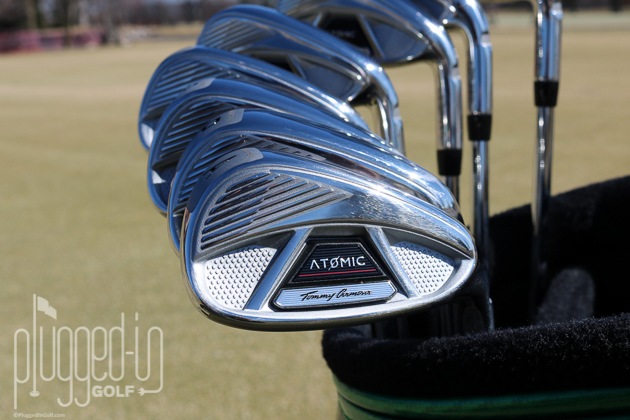 The Tommy Armour Atomic irons are very long and forgiving.  Lofts are extremely strong which needs to be considered when setting up your bag. 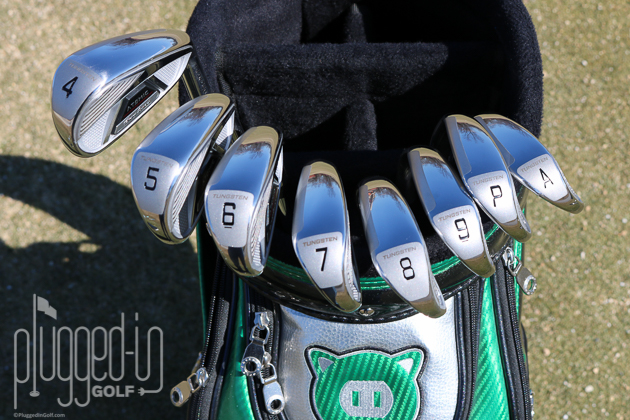 The Tommy Armour brand has been around golf for a long time, but the new Atomic irons are anything but old fashioned.  With a combination of materials – steel, titanium, and tungsten – they claim to offer golfers tons of distance and forgiveness without a sky high price tag. 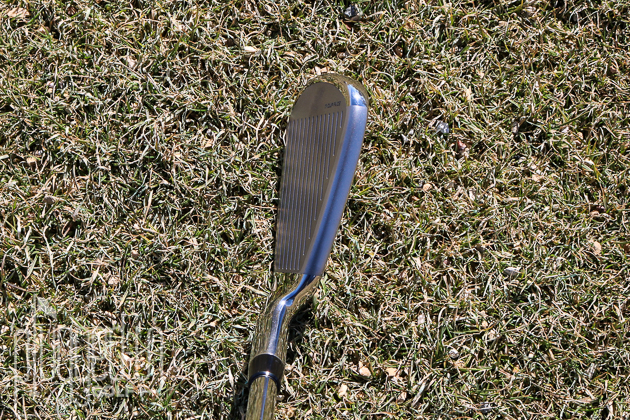 The Atomic irons straddle the line between game improvement and super game improvement.  The top line is quite thick, but there’s less offset than you might expect.  Also, the combination of chrome and brushed silver makes the club face appear smaller than it is.  The sole is quite wide, but it doesn’t stick out beyond the top line at address.

I have mixed feelings about how these irons look in the bag.  The branding is minimal, and there are no gaudy colors, both positives in my book.  On the other hand, there are conflicting textures – the lines on the toe, the dots in the cavity – and a lack of refinement in the design. 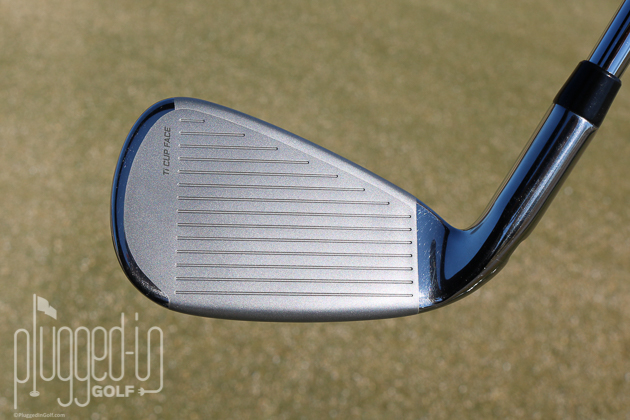 With a large profile and titanium face, I was expecting that the Tommy Armour Atomic irons would create a big sound at impact.  I was surprised to find that, even with a range ball, contact was very quiet.  The sound has a clicky quality, but it’s deep-pitched.  This iron does get a little louder when you strike it perfectly, but even those shots won’t draw unwanted attention.

When it comes to feedback, there isn’t much.  My hands barely felt impact, and the sound – outside of the volume change – doesn’t vary much between pure strikes and mishits. 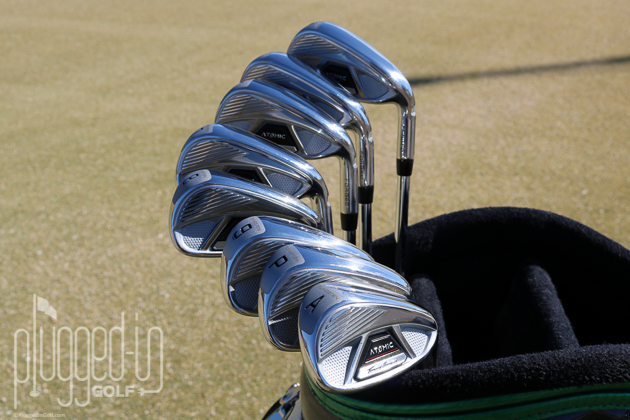 If you scroll down and take a look at the specs, you’ll see that the Tommy Armour Atomic irons are at the leading edge of strong lofts.  Thus, I wasn’t surprised in my first range session when I saw the 7I launching well below my typical 7I window.  While that low flight can be positive or negative depending on the player, what’s unambiguously impressive is the consistency.  I saw very little difference in launch angle when comparing good strikes to thin shots.

The purpose of those strong lofts is obvious: distance.  My stock gamer 7I carries 165 yards; the Atomic 7I carries 175.  My ball speed was similar with both 7 irons, but the Atomic launched lower and spun less to create that additional distance.

One problem with strong lofts is that there is a point of diminishing returns.  When I got to the 5I, the launch and spin numbers looked like a 3W for me.  It did carry as long as my current 4I, but the Atomic 4I launched so low that it was unusable for me.  And this is the part where I speak to the importance of fitting.  I hit the ball low, so strong lofts aren’t as useful for me as they are for someone who hits the ball very high.

Regardless of the lofts, the Atomic irons do have very good forgiveness.  The ball speed stays consistently high on centered strikes and mishits.  Also, as I mentioned earlier, these irons are quite good about launching thin shots onto reasonable trajectories. 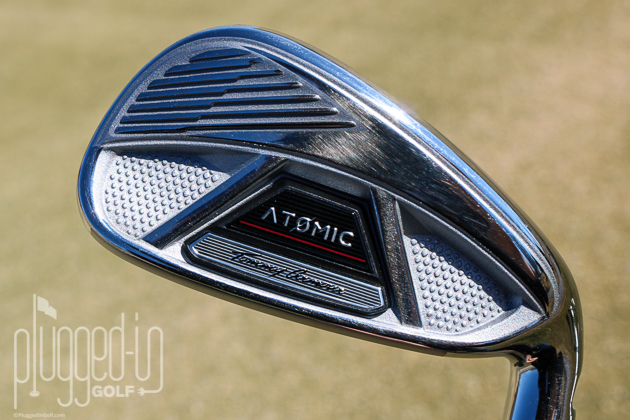 If the Tommy Armour name brings back positive memories for you, but you’re looking for modern performance, the Atomic irons are worth a look.  With a price that’s substantially below most other OEMs, they still offer solid forgiveness and plenty of distance. 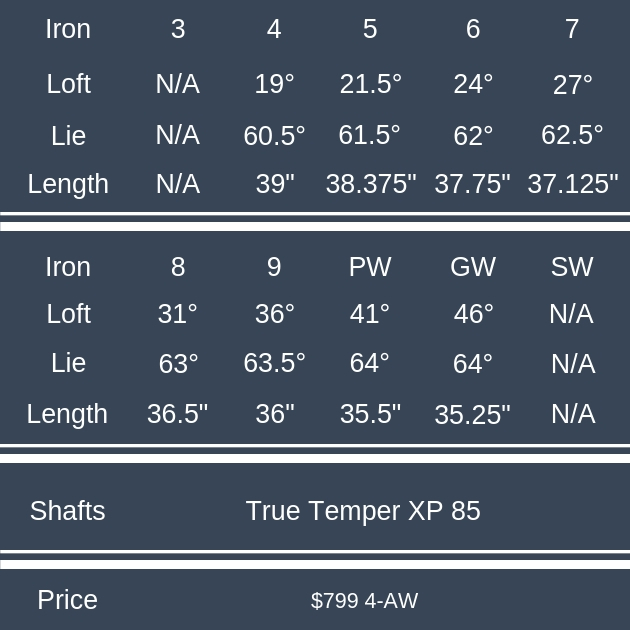