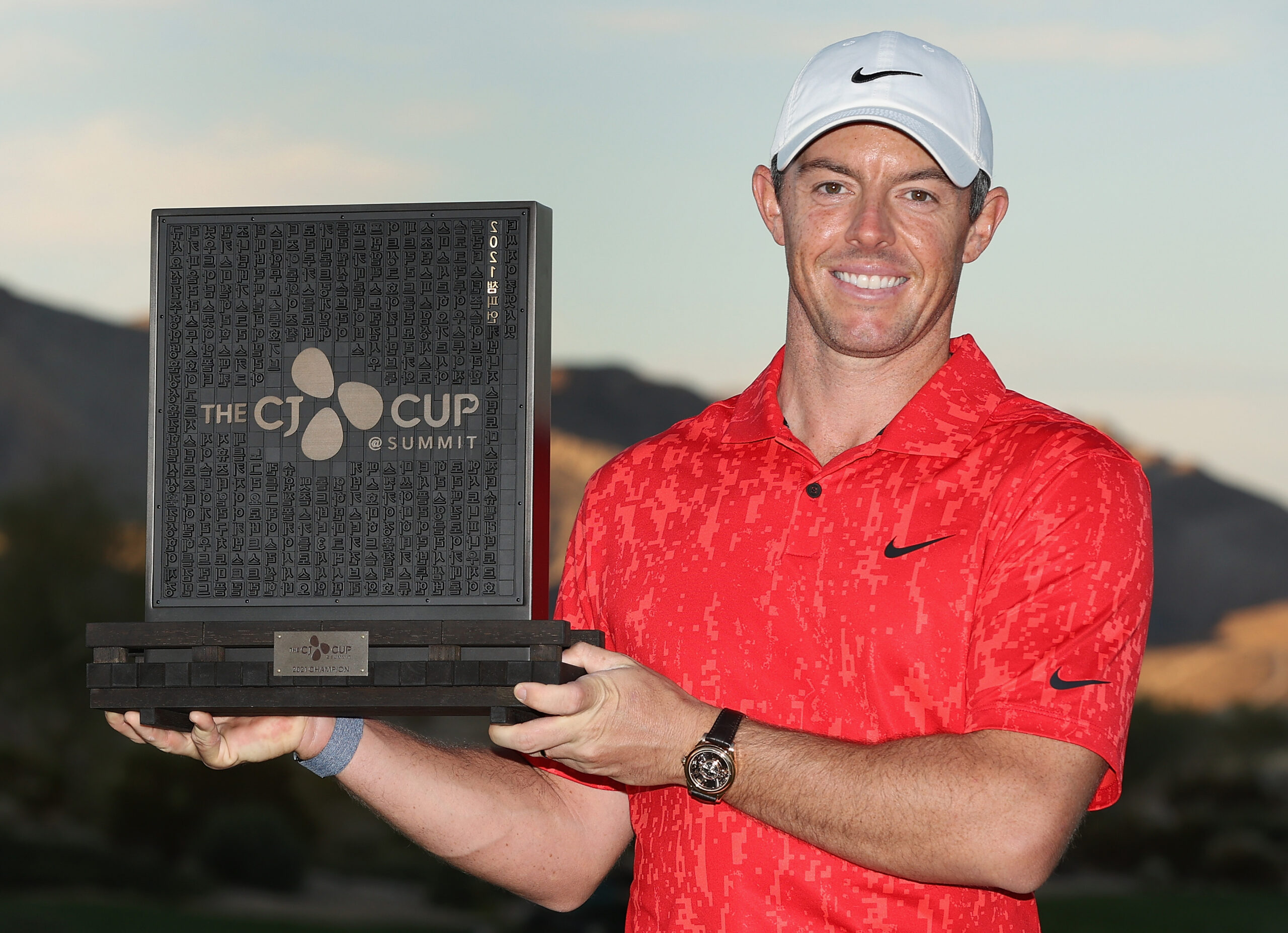 Ridgeland, South Carolina – For the second consecutive year, Northern Irishman Rory McIlroy claims the title at The 2022 CJ Cup.  With this win, Rory has vaulted himself into the world number one position for the 9th time in his career.  This is Rory’s 23rd win on the PGA tour and puts him in solo 28th for all time wins on the American based tour.

The all new 2022-23 season has begun and the The CJ Cup did not disappoint in excitement.  There was plenty of top players competing at the highly regarded Congaree Golf Club.  Former number one and Spaniard born golfer Jon Rahm finished in a tie for fourth but certainly had his chance to compete for the hardware after a second round 62.  Unfortunately, rounds three and four totaled three under par and Rahm was unable to keep up with the leaders.  Tommy Fleetwood had a nice showing as he fired three rounds in mid-60s to grab a top-5 finish.  Tommy’s first round of 2 over 73 prevented him from competing with Rory in the final round.

American Kurt Kitiyama had fired rounds of 66 and 65 on Thursday and Friday to grab a top spot on the leaderboard heading into the weekend.  Kurt managed a one under par 70 on Saturday which was good enough to grab one of the final tee times on Sunday.  In the final round, Kitiyama carded three birdies on his front nine and was tied with Rory McIlroy for the lead heading to the back.  Meanwhile, Rory, who also shot rounds in the mid 60’s for the first three rounds, was losing ground coming down the stretch on Sunday.  That was until the par-3 14th hole where McIlroy drained a 14 footer for birdie to take sole possession of first place after losing it to Kurt just five holes earlier.  From there Rory went bananas and made birdies again at 15 and 16 to take a three shot lead heading to the final two holes.  Even though he made bogey on his final 2 holes, he was obviously playing it safe on 18.

The four time major winner is now a 23 time winner on the PGA Tour and 37 wins worldwide.  This is also his second victory at the CJ Cup.  Next week, the PGA Tour heads to the tropics for the Butterfield Bermuda Championship.