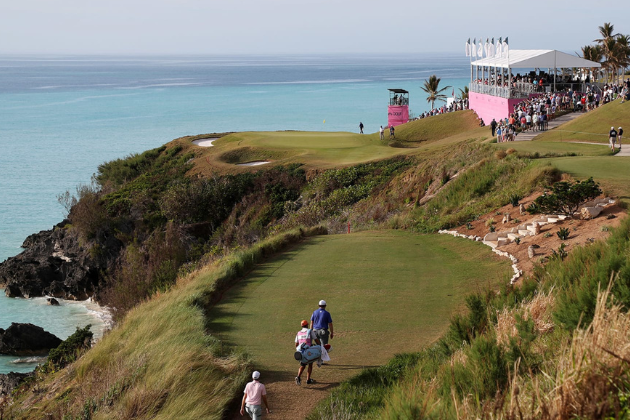 Southampton, Bermuda – Seamus Power has won the 2022 Butterfield Bermuda Championship. This is his second PGA Tour win in as many years and solidifies him as a rising star. With this win, he jumps into the top ten in FedEx Cup points for the year.

On an extremely blustery day, it came down to two who had separated themselves from the field. That pair was Power and Ben Griffin. Power, despite being down by a few strokes and making his share of bogeys today, held tough. Trusting his prior experience in tournaments he pulled out the win, shooting a score of 19-under for the tournament, earning the title by one stroke.

Griffin quickly gained interest as his road to the PGA Tour has been a difficult one. After all, it was only last year that he was working as a full-time mortgage loan officer. But despite being tied for the lead at the turn, it ultimately wasn’t his tournament to win. The mounting pressure was too much as went on a stretch of four bogeys in a row, followed by a double bogey on the back nine. Ultimately, Griffin would play his way out of contention, finishing in a tie for third place.

Age wasn’t a factor for another notable and former Bermuda winner Brian Gay. The 50-year-old had three straight rounds of 5-under and continued his solid play into Sunday. The full-time Champions Tour member couldn’t keep up though and finished tied for 11th at 13-under par.

The next PGA Tour event is the World Wide Technology Championship at Mayakoba, in Mexico. For the last two years in a row, Victor Hovland has won and will undoubtedly be playing hard to try and secure the three-peat. If he does, he will enter the small, but elite category of players that includes Tiger Woods, Jack Nicklas, and Arnold Palmer.

Seamus Power’s What’s In The Bag: