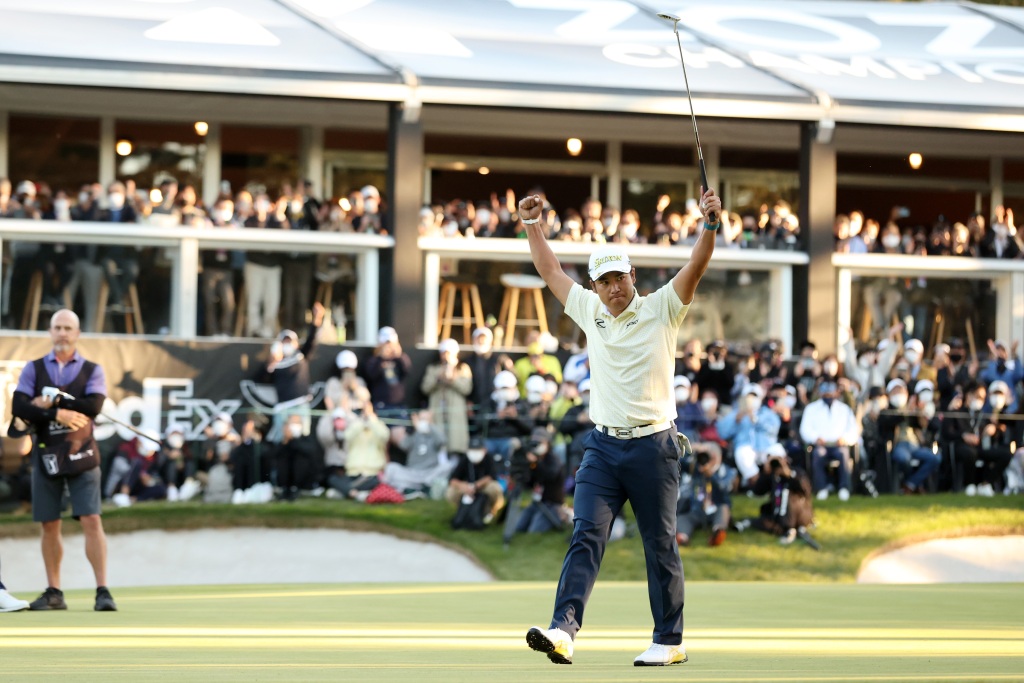 Inzai, Japan – 2021 Masters Champion and Japan’s own Hideki Matusyama seals his first ever home victory at the Zozo Championship Sunday morning.  In what Hideki will remember as one of his greatest seasons of all time, his only minor regret was not being able to secure a medal at the Tokyo Olympics just a few months prior.

Hideki was clearly the crowd favorite by a wide margin this week.  He wow-ed his fans by turning in a 64 on Thursday, only second to another Japanese golfer Hiroshi Iwata who would end up in a tie for 18th.  Hideki quickly followed that up with a pair of 68s on Friday and Saturday.  On Sunday, Hideki came in with a 4-stroke lead, with Brendan Steele and Cameron Tringale following closely behind.

Despite an eagle by Hideki at the 6th, his otherwise slow start on the front 9 gave Steele a chance at getting within one stroke of the lead.  Brendan Steele dropped 4 birdies on the front and was gaining fast.   That was essentially when Hideki turned it on.  He went to the back and birdied 11, 13, and 15 and although bogeyed the 17th, he managed an eagle at the last to secure his victory as Japan’s greatest golfer.  This is Hideki’s seventh PGA Tour victory and now holds more than half the victories by Japan-born golfers.

Next week, the Tour heads to Bermuda for the Butterfield Bermuda Championship.