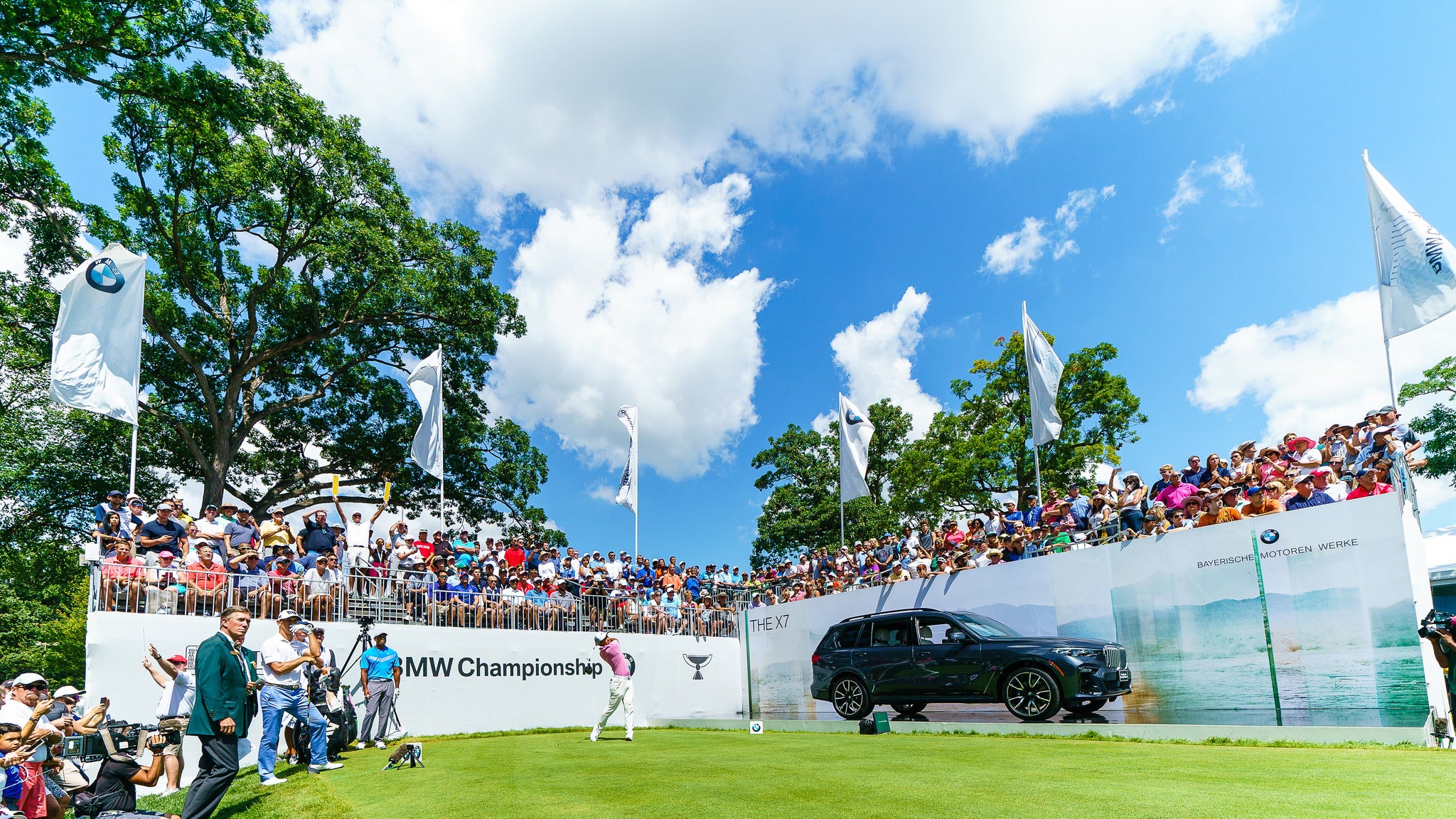 Owings Mills, MD – After a grueling six-hole playoff, Titleist staffer Patrick Cantlay wins the 2021 BMW Championship.  Patrick barely got into the playoff after making birdie on the 72nd hole but he made the most of it.  Patrick squared off with Bryson DeChambeau for six playoff holes – six!   Bryson certainly had a chance to put Patrick away in regulation but an untimely bogey at the 71st hole left the door open for Patrick and ultimately allowed him the victory.

The scores this week at Caves Valley Golf Club in Maryland were crazy low.   Every single golfer in the field this week shot under par.  A rare feat but shows how getable this golf course was for the best players in the world.  Just to get into the playoff between Bryson and Patrick, players needed a score of 27-under par.

The six playoff holes went like this: 18, 18, 17, 18, 17, and 18.  Both players made par on the first four playoff holes.  The second time through the par-3 17th, however, Bryson stuck his tee shot to about 5 feet.  Patrick didn’t back down and hit his tee shot inside of Bryson’s to 2 feet.  Both made birdie.  Off to 18 they went (again).  Both players hit the fairway and both hit the green.  Fortunately for Patrick, he went first and drained a 10 footer for his second playoff birdie.  This time, Bryson missed and Cantlay was (finally) the victor.

The second FedEx Cup playoff gave us plenty of highlights.  Rory McIlroy made a final round push by birdieing four of his last 9 holes to get to 22-under par.  Dustin Johnson posted a final round 66 to get to 20-under par.  Sergio Garcia went the other direction as his 3-under 69 wasn’t enough to move up the leaderboard during this birdiefest of a tournament.

Next week, the final tournament of 2021 and FedEx Cup finale heads to Atlanta for the Tour Championship.