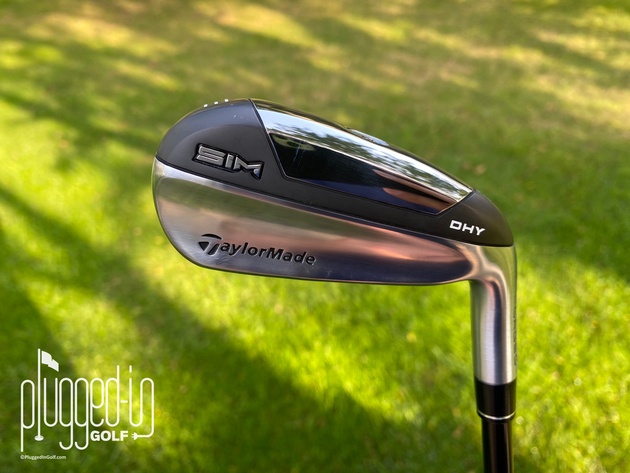 The TaylorMade SIM DHY is a versatile, easy to hit utility iron.  Usable all over the course, not just from the tee. 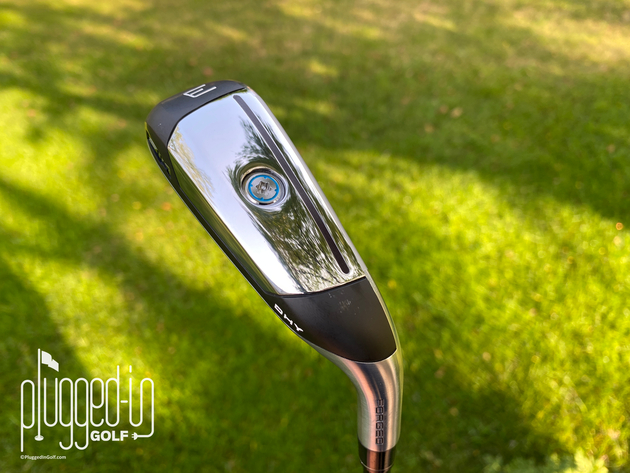 With their GAPR line of 2018, TaylorMade recognized that different players need different things from their “bridge” clubs.  TaylorMade continues to offer a variety of options in the new SIM line with the SIM UDI [review HERE] and SIM DHY.  Where the UDI is meant purely for high speed players and tee shots, the DHY is meant to be more versatile in application and more accessible to different types of players. 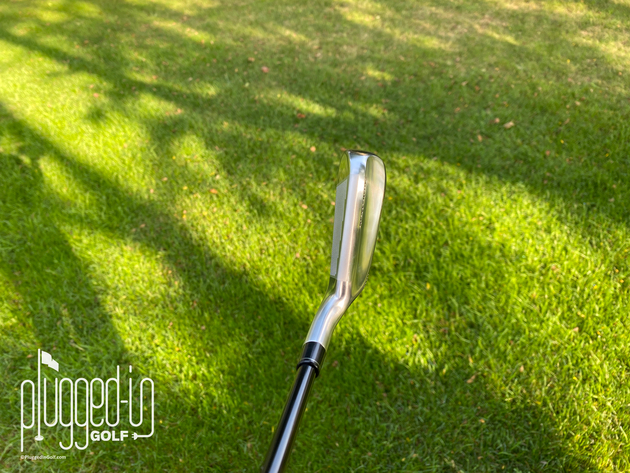 In the bag, the TaylorMade SIM DHY looks similiar to the SIM UDI.  The back is silver with a band of black near the sole that gets wider at the heel and toe.  The sole of the DHY is noticeably wider than that of the UDI, hinting at its higher launch characteristics.

In a playing position, the SIM DHY has a look that bridges the gap between an iron and a hybrid.  The top line is thick, but the amount of offset is modest.  The DHY’s back and sole are clearly visible behind the top line. 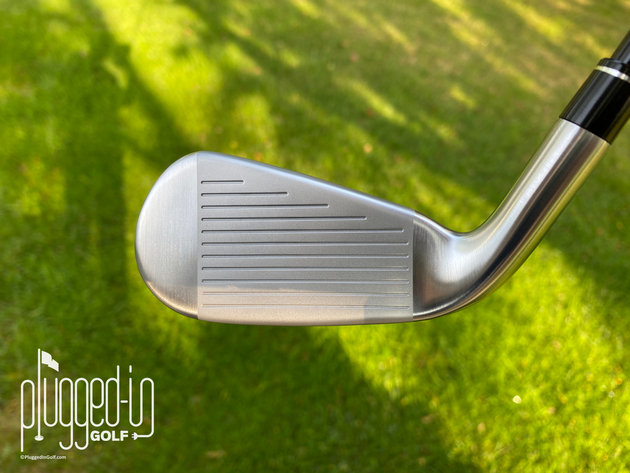 The biggest surprise I got when hitting the TaylorMade SIM DHY is the quality of the feedback.  Given its size, I was expecting very little, but the feedback is actually very precise.  Pure strikes, small misses, and large misses each have their own distinct feel, and locating the exact impact location is easy.

On centered shots, the SIM DHY has a modern feeling: slightly springy off the face and very fast.  This feel is accompanied by a crisp snap.  When you move away from the center, the sound transforms into a “clack” and the feel firms up. 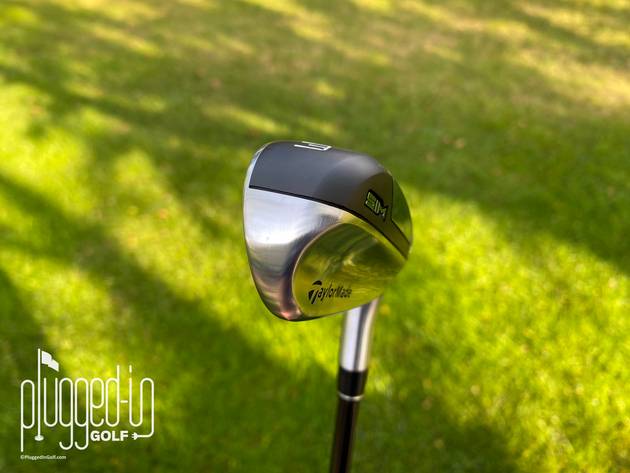 Despite the name, the DHY – Driving Hybrid – excels all over the course.  And unlike the UDI – a club that needs a good amount of swing speed to use well – the DHY can be played effectively by a wide array of players, from Dustin Johnson to the 20+ handicapper.

What makes the SIM DHY much easier to play than a long iron is the low CG.  TaylorMade was able to get the center of gravity so low thanks to the wider sole and hollow body construction.  What this means on the course is that the ball launches easily onto a medium/high trajectory.  With the 19 degree (3I) version, I was hitting trajectories that I normally associate with a mid iron.  Those higher trajectories translate to greater stopping power, so your long approaches won’t run through the green. 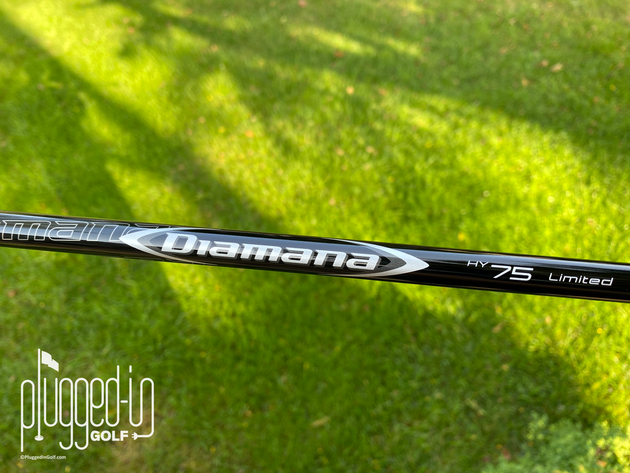 The other key attribute of the SIM DHY is the forgiveness.  Thanks to the Speed Pocket and ultra-thin face, you don’t need to live on the sweet spot to enjoy consistently high ball speed.  As with any club, the best results will come from the best swings.  However, unlike a traditional 3I, a mishit will get near the green rather than being a 50 yard lay up.

As with the SIM UDI, TaylorMade chose an excellent stock shaft for the SIM DHY.  The Mitsubishi Diamana Limited is slightly more active than the Thump in the SIM UDI but not by much.  There’s plenty of stability to let you swing all out, but the added kick is an important part of creating the higher, softer landing ball flight. 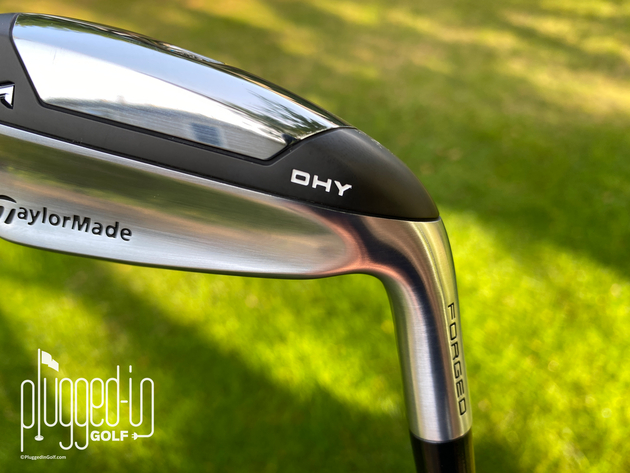 For the mid to high handicap player (or low handicapper without an ego), the TaylorMade SIM DHY is one of the best long iron replacements I’ve tested.  It’s easy to launch and creates consistently high ball speed.  If you need to retire your 3I or 4I but can’t get comfortable with a hybrid, check out the SIM DHY. 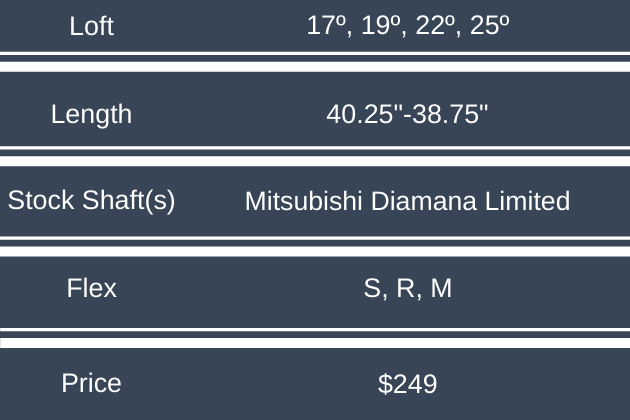