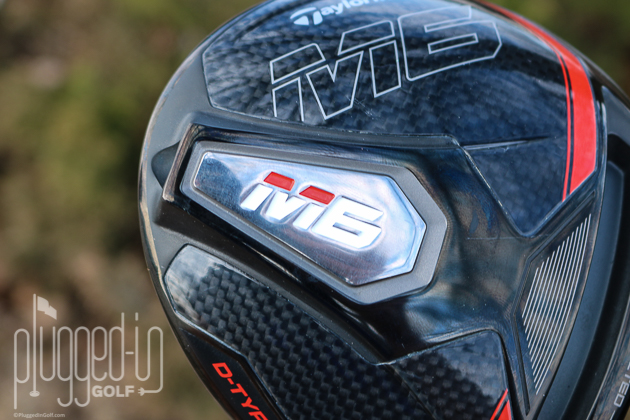 The TaylorMade M6 D-Type driver is designed to give players the power of the M6 with some added help with hitting a draw.  Noticeable draw bias, especially with the stock shaft.

Despite countless YouTube videos, magazine articles, and Golf Channel instructional shows, the average golfer still hits a slice off the tee.  But what generic instruction can’t fix, technology often can.  Enter the TaylorMade M6 D-Type driver, a club with all of TM’s latest tech plus a shifted CG to promote a draw. 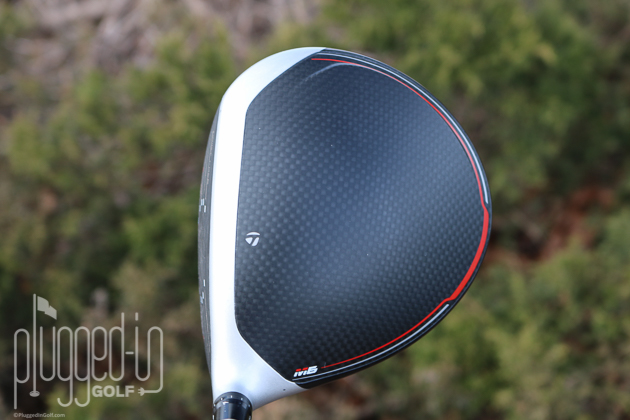 Per TaylorMade, “The two-tone crown cosmetics have been altered to make the face angle appear more open, resulting in a more closed face at impact.”  If you click over to our review of the standard M6 driver (HERE), you can probably pick up the difference.  The silver band is thicker near the toe.  While TM’s wording sounds counter-intuitive, I can appreciate the thought process: if the club looks open, the player may work harder to close it.

Outside of that, the D-Type looks just like the standard M6 driver.  Carbon fiber dominates the address look with small graphics along the trailing edge.  The sole also features carbon fiber prominently along with the bold M6 branding. 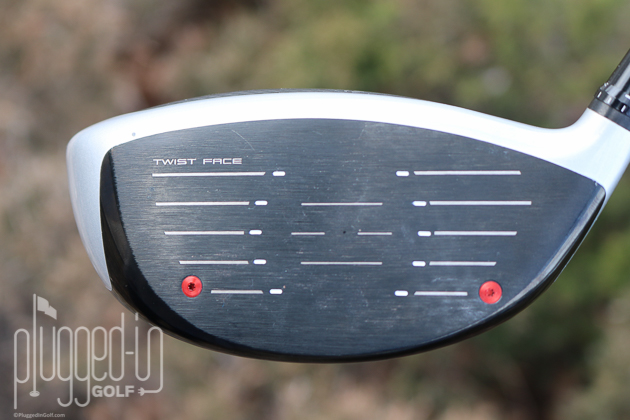 Unsurprisingly, the M6 D-Type driver sounds and feel just like the standard M6 driver.  It’s a touch louder than the M5, but the sound is low pitched.  There aren’t any metallic notes, which makes for a very satisfying hit.

Again, like the standard M6, the feedback is below average.  That’s not inherently a criticism since this is meant to be a forgiving driver.  Small mishits sound and feel like flush shots.  As stable as this head is, you’ll still be able to identify the big heel or toe misses. 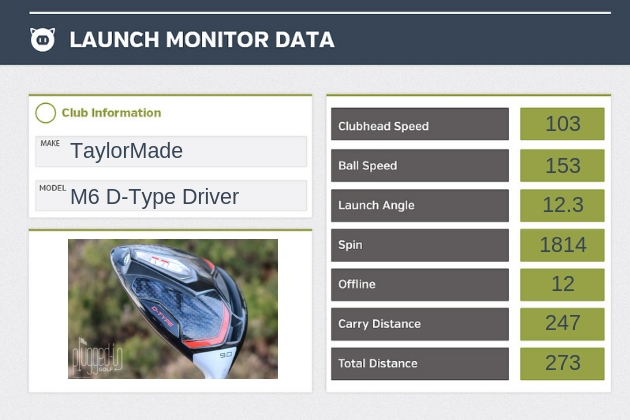 Let’s run through the basics first: the TaylorMade M6 D-Type has all the buzzword-y tech that you’ve come to know in 2019.  There’s Injected Twist Face, the “Inertia Generator,” and a Hammer Head slot in the sole.  All of these things work together to make this a very stable, forgiving driver.  If you struggle to hit the center of the club face, this is worth a look.  Like the M6, I found the M6 D-Type to be mid launch and mid spin.

Now, on to what makes the M6 D-Type driver unique from the standard M6.  In addition to the aesthetics, weight has been shifted toward the heel to create a draw bias.

My testing experience with this was interesting.  I started by hitting the M6 D-Type with a shaft similar to my gamer – low torque, tip stiff.  With this set up, I was hitting the ball dead straight.  I felt that the sweet spot was a little toward the heel but was confused about the lack of draw.  After a few more shots, I swapped in the stock EvenFlow Max Carry and immediately found the draw bias.  With this tip soft, high torque shaft, the right side of the course was completely out of play.

My conclusion is this: there is definitely some draw bias in the M6 D-Type, but it’s not extreme.  With the stock shaft, you’ll see a strong left side bias.  If you tend toward a more stout shaft, the effect will be minimized. 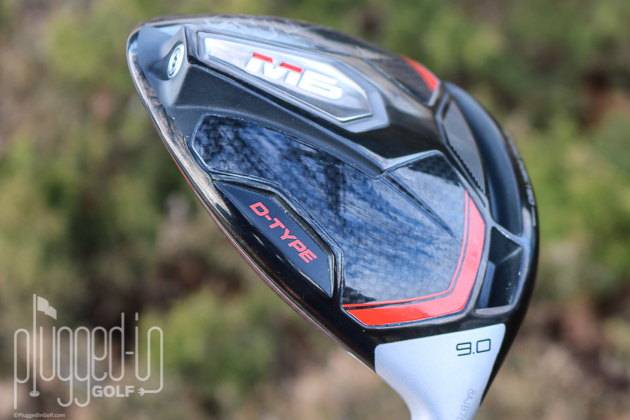 My experience with the TaylorMade M6 D-Type driver reinforced the importance of getting fit for the right shaft to match your swing and your driver.  With the stock shaft, this is a club that can offer a lot of help in curing a slice.  Changing the shaft will alter its characteristics significantly.  Regardless of your shaft choice, this is a solid, forgiving head that will deliver high ball speed even on less than pure strikes. 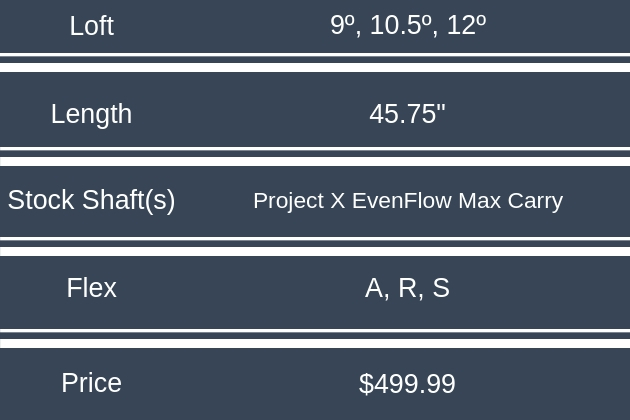