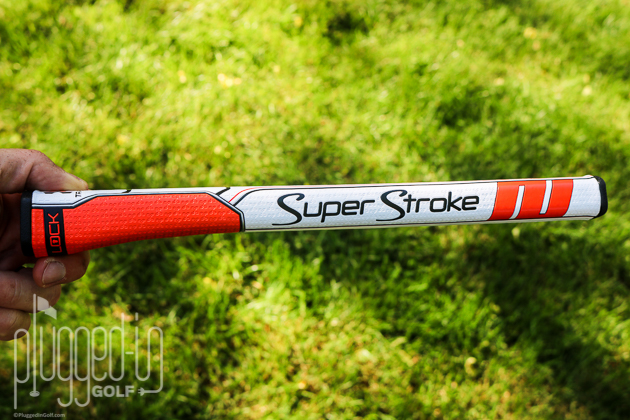 The SuperStroke WristLock putter grip is longer than standard grips and has a pronounced butt section designed to lock your wrist during the putting stroke. 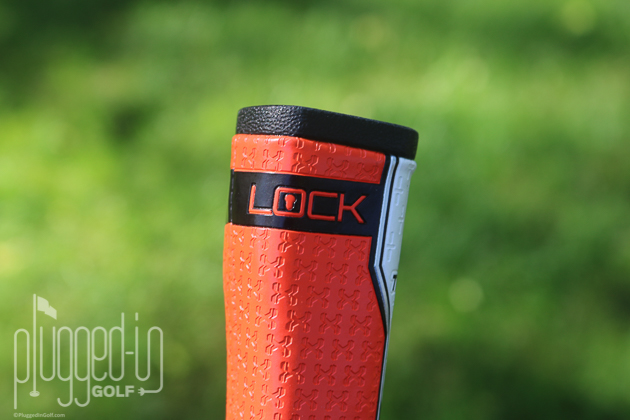 Minimizing the number of moving parts in the golf swing is a longstanding obsession for many golfers.  Countless clubs, training aids, and instructional systems have been sold on this premise.  The SuperStroke WristLock putter grip is among those pieces of equipment promising to remove a variable from your game.  I tested one to see if it worked as promised. 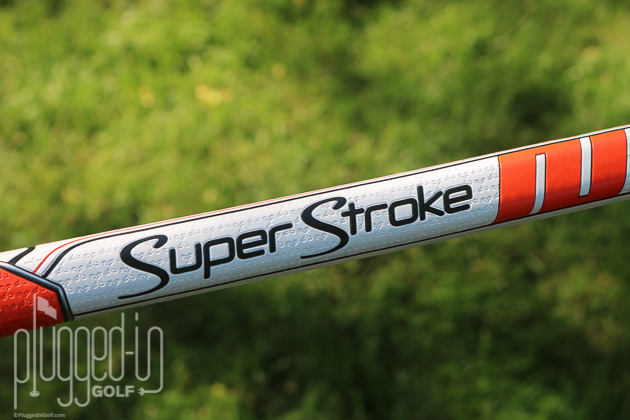 The SuperStroke WristLock is instantly recognizable as a SuperStroke grip.  SuperStroke’s logo is the dominant feature along two sides of the grip, and there are large swaths of color on an otherwise white grip.  Also familiar is the “Traxion” branding at the top of the grip.

Three colorways – orange/white, green/white, and black/white – give golfers some options for matching their SuperStroke WristLock with their current gear. 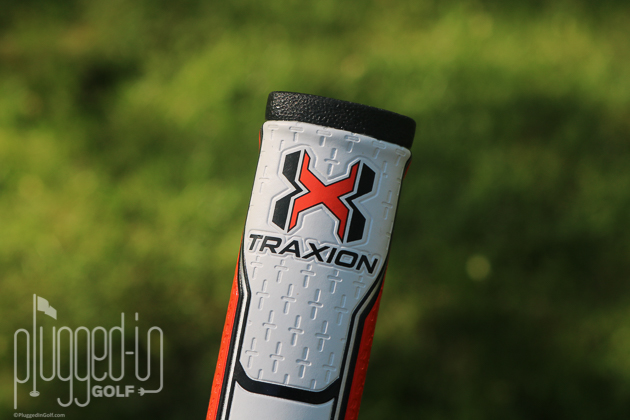 The WristLock putter grip will feel very familiar to anyone who has used a SuperStroke grip in the past.  SuperStroke states that this grip features new Traxion, but it doesn’t change the classic feel dramatically.  The grip still has that light, somewhat hollow feeling, and there’s ample tack to keep it secure in your hands. 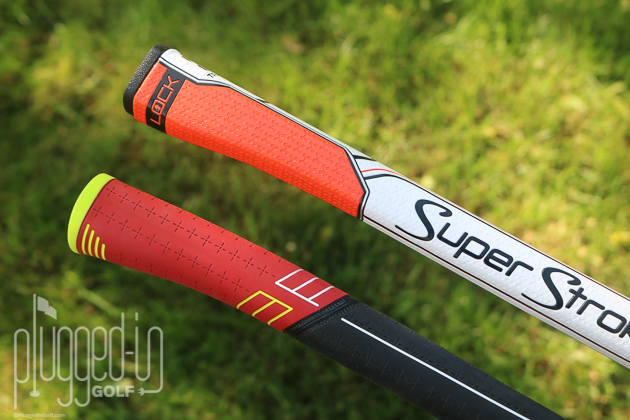 The WristLock’s raison d’etre is right there in the name: it aims to lock the wrist in place to create “greater consistency in starting the ball on-line.”  It does this through its unusual (though USGA-approved) shape, which juts out at the top of the grip like a super-exaggerated pistol grip shape.  I’ve pictured the WristLock next to the Golf Pride Tour SNSR Contour [review HERE] for reference.

My first thought when I saw the WristLock was, “Will I need a longer putter to get the grip into my wrist?”  Answer: no.  The WristLock grip will effectively extend your putter by about 3″, which should position the butt of the grip near your wrist. 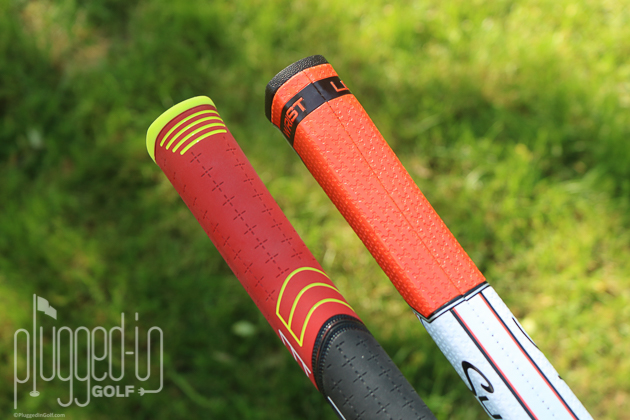 Per SuperStroke, the WristLock grip can work with many different putting styles, but the loft of your putter may need to be adjusted.  I found that the WristLock felt best with a Matt Kuchar-style set up where the putter shaft became an extension of my lead arm.  I could also see this working well with a lead-hand-low putting style.

In my testing, I found the WristLock grip to be effective at providing feedback, and the stroke I was making got solid results.  The main issue I had was being uncomfortable in that putting position.  If I were going to switch to a WristLock putter grip, I would want to construct a new putter around it.  I would likely want a little more length, more loft, and a head I could aim reliably with a lot of shaft lean.

Finally, the WristLock grip is designed to accept all SuperStroke “Tech-Port” accessories such as the CounterCore weights.  Weights are not included with the WristLock, but 25, 50, or 75 gram weights can be purchased separately for about $10 each.  Given the extra length in this grip, adding a back weight can have a pronounced effect on swing weight. 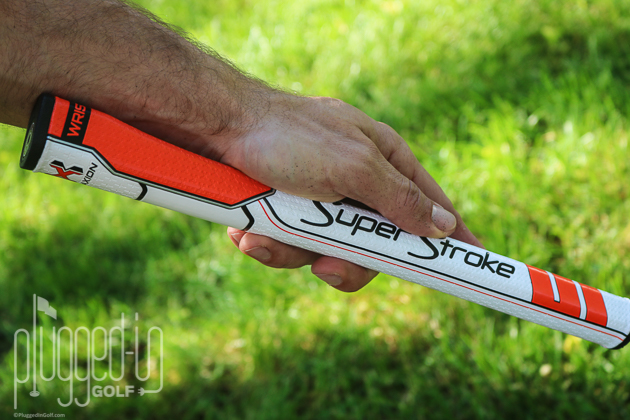 Innovations in putter grips are few and far between, so I applaud SuperStroke for bringing something new to the party with WristLock.  While I think that a switch to WristLock may take more than sliding on a new grip, it’s certainly something worth exploring for players who struggle with their putting.