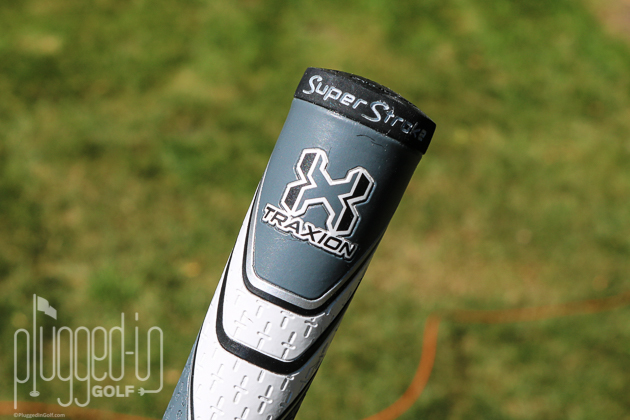 The name SuperStroke has become synonymous with large, taper-free putter grips and for good reason.  Every week, we see the company’s grips used by the best players in the world.

With their footprint established on the greens, SuperStroke has been making a push into club grips.  The Traxion Tour is their latest club grip offering, and I tested it to see if it could unseat my current go to grips. 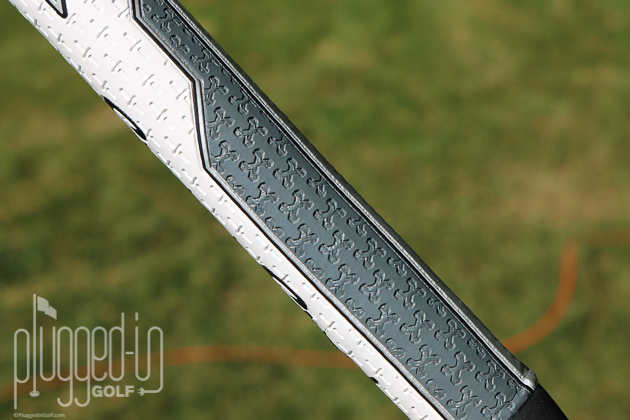 The Traxion Tour is instantly recognizable as a SuperStroke product.  There are geometric graphics around the entire grip and the recognizable SuperStroke branding near the bottom.  On the back of the grip, you’ll see a silver band running from top to bottom – that’s Spyne Technology, which I’ll discuss later.

SuperStroke’s Traxion Tour is available in black (seen here).  A red colorway is an option in the standard size. 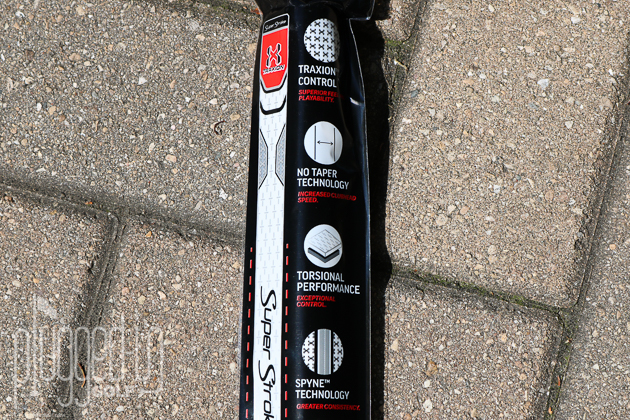 The first thing I noticed when I laid my hands on the Traxion Tour is SuperStroke’s Spyne Technology.  This is an embossed rib similar to Golf Pride’s Align Technology.  The feel of the Spyne is smoother than the rest of the grip, and it’s raised slightly, but the rib is less dramatic than in other grips.  If you’re looking to dip your toe into ribbed grips, this is a good one to try.

Just like the look, the feel of the SuperStroke Traxion Tour is familiar.  It’s soft, smooth, slightly cushioned, and it has just a touch of tack.  A trait that I noticed with the Traxion Tour but have never appreciated with SuperStroke’s putter grips is the shock absorption.  Impact felt very gentle with this grip. 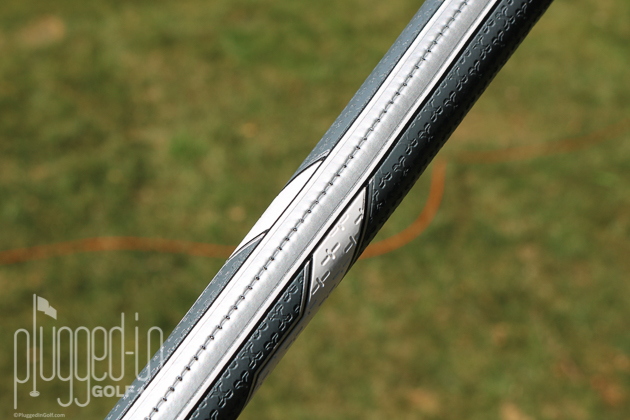 The first club I installed a Traxion Tour on was a driver, and my initial trip to the range had me questioning my decision.  The feel of this grip is so far from what I normally play that I started having doubts about whether or not the club would shoot out of my hands mid-swing.  After a few aggressive lashes, I concluded that my fears were baseless: the Tour Traxion provides a very stable hold on the club.

My other big question was durability.  I last played a polyurethane grip several years ago, and it wasn’t long before I wore holes in them.  After about 150 swings, the Tour Traxion looks and feels brand new.  Clearly polyurethane grips have come a long way.

The Traxion Tour wouldn’t really be a SuperStroke grip if it had a traditional taper.  SuperStroke refers to the shape of this grip as Taper Control Technology, stating that “mimimal taper helps golfers even hand pressure so they can swing faster and square the club face more naturally.”  Plenty of Tour pros – and regularly golfers like me – have been building up the lower portion of the grip with extra tape for years.  By having this shape built into the grip, the results are much more consistent and installation is easier.

Finally, Spyne Technology is worth mentioning again.  Consistent hand placement is an underrated part of consistency, and the rib is a good reminder.  This is a subtle rib, which is both a positive and a negative.  To the good, it’s not distracting, but it’s also easier to forget or ignore. 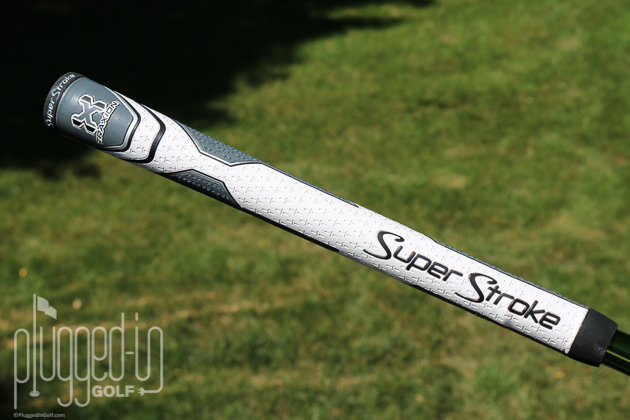 Polyurethane grips have typically been aimed at women and seniors, but the SuperStroke Traxion Tour makes a strong case that they can be played by anyone.  The traction is surprisingly good as is the durability.  If you’d like a grip that’s easier on your hands or if you’d like a gentle reminder about hand position, the Traxion Tour is worth a look.