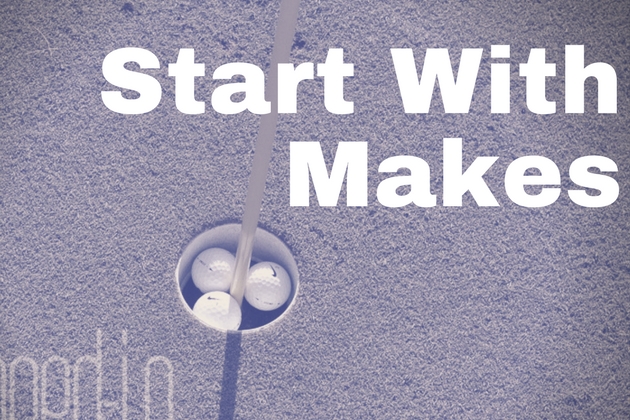 I don’t know you, but I’d like to make a bet with you: I bet that I know how you start your putting practice.  Don’t believe me?  That’s fair, I’ve never seen you before, I couldn’t possibly know, but let me try anyway:

You toss three balls on the green, roughly 20 feet from the cup, and smack them all at the hole.  You rarely, if ever, make one. 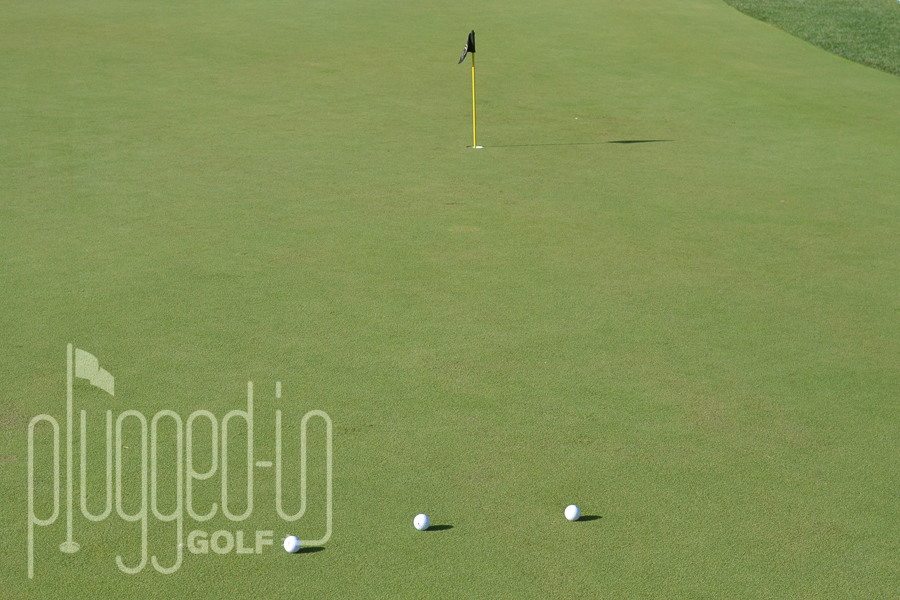 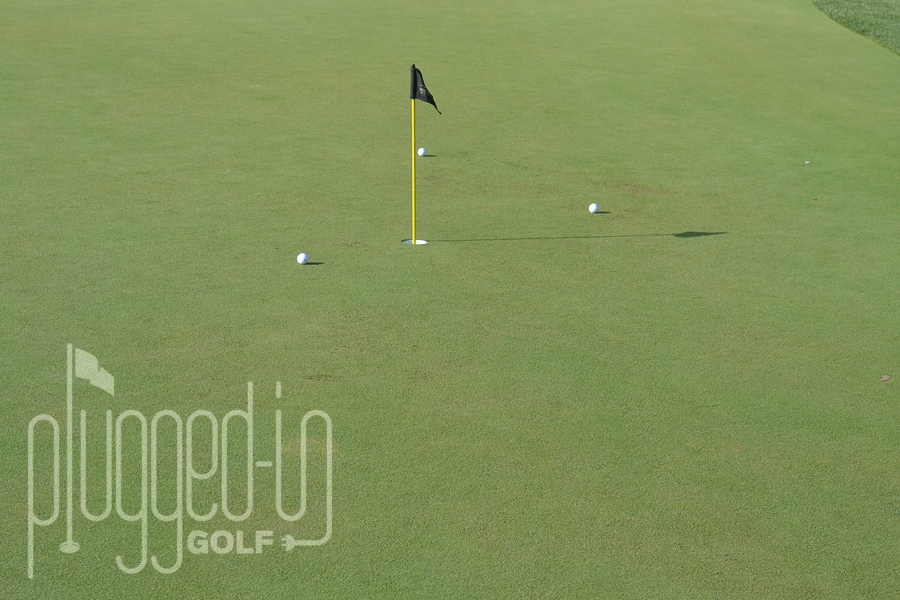 How Did I Know?

For 99% of golfers, I just described their pre-round putting warm up, and putting practice, to a T.  How did I know?  I pay attention.  I’ve watched hundreds, if not thousands, of golfers do this.  You know what else I know?  Most of these guys stink at putting.

What You SHOULD Do

Instead of starting out with putts that you have a very small chance of making, you should start out by making a lot of short putts.  And when I say short, I mean really short.

I like to start out by making at least 6 putts of a foot or less.  From there, I’ll back up and make another 6-10 from 2 or 3 feet.  Then I’ll make some 4 footers before I work on longer putts to get a feel for speed.

I’ll answer your question with one of my own: Do you want to practice making putts or missing them?

I want to see the ball go in the cup as much as possible.  I want to hear it rattle into the hole.  I want to feel the positive emotions that go along with making a putt.

I DON’T want to start my day by watching the ball burn the lip, by blowing a 20 footer 6 feet past, or by having my “friend” ask me, “Which hole were you going for?”

The power of putting positive images and feelings into your brain cannot be overstated, especially on the putting green. 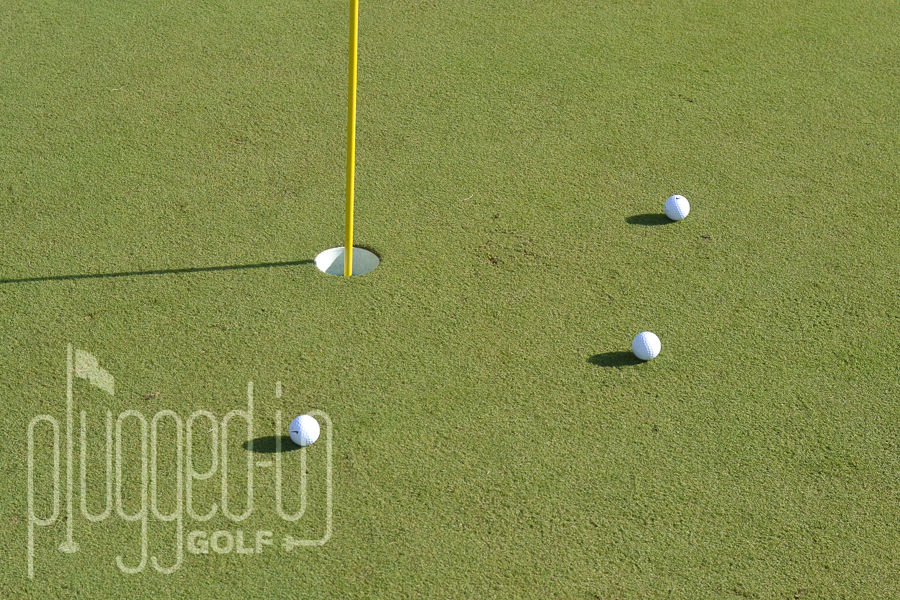 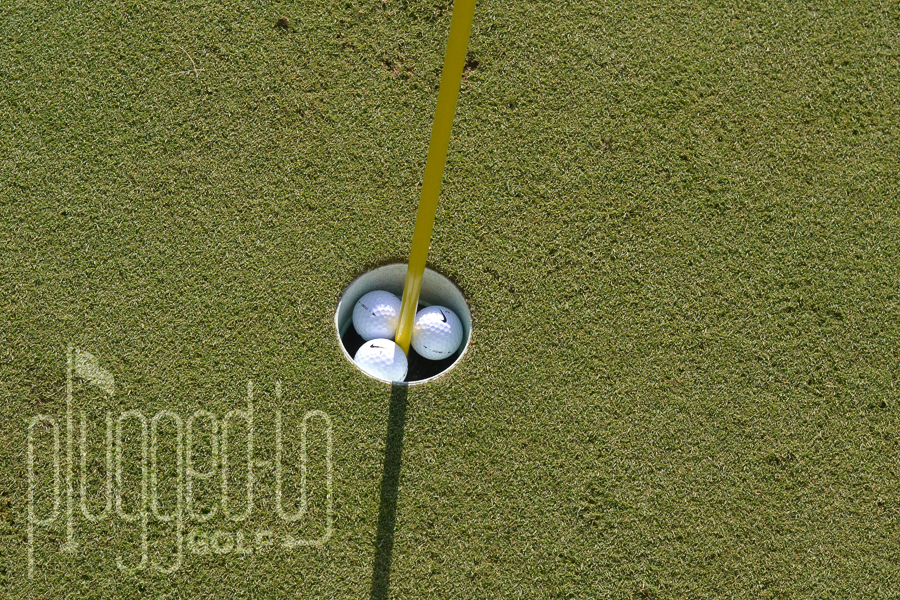 I had the great fortune of watching JJ Redick practice nearly every day of his college career (for those who don’t follow basketball, JJ is one of the best shooters in the history of the game).  A lot of people would assume that a great shooter like that would walk into the gym heaving up threes.  Those people would be dead wrong.  JJ started practice by walking right to the front of the rim and making 10 or 20 inside of 5 feet.  Why?  He wanted to see the ball go in; he wanted that positive image in his mind.

It’s probably not a coincidence that you could tell that same story about countless other great shooters: Larry Bird and Reggie Miller, to name two.

So the next time you head to the practice green before your round, don’t warm up like everybody else; warm up like JJ, Reggie, and Larry.  All those short putts you make will give you a better chance at connecting when you do have to make one from downtown.