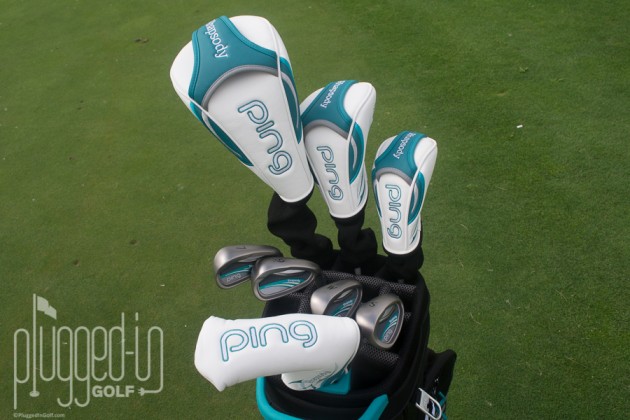 The PING Rhapsody clubs feel great and forgive endlessly.  My transformation from frustrated hack to collected golfer has begun with style.

I should be the leading authority on frustration on the golf course.  Until recently, I hadn’t played a legitimate 18-hole round since before I had two children (that’s about 4 years).  Most of my long-term memories of the game include tense exhaustion that accumulated throughout the round and peaked around the 16th hole.

After my PING fitting, I was excited but still skeptical about how much these Rhapsody clubs could do.  I began my first round with the cautious optimism of an OkCupid user.  On paper, we are a 98% match, but anything could happen when we go on an actual date.

By the 5th or 6th hole of my inaugural date with Rhapsody, I could safely discard my caution.  The new PING Rhapsody clubs – every single one of them – eclipsed my expectations.  I did pick a new favorite club, but nothing in my bag disappoints.  I’ve now experienced sustained fun on the golf course, all thanks to the crisp feel and forgiving results of the PING Rhapsody clubs in my bag. 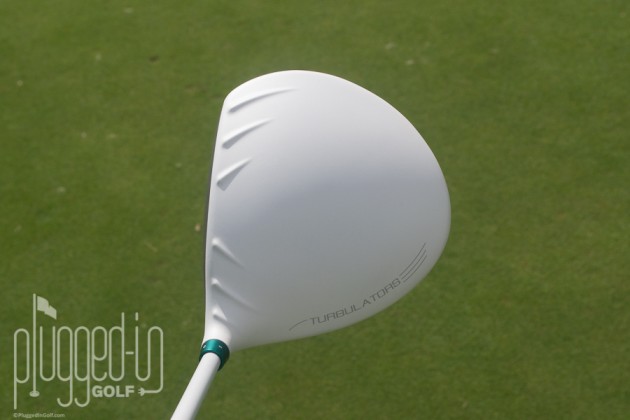 My driver has always been my weak point.  I could play a decent short game with minimal practice, but driving the ball well was a rarity.  I sliced the ball so much that I just began lining up 15 degrees left.  With the Rhapsody driver, however, I am able to aim where I want the ball to end up.  It was an adjustment, but just imagine how much yardage I gained by hitting the ball in a straighter line.

Dropping my unpredictable slice makes the fairway a more frequent pit stop on my way to the green.  Perhaps most importantly, my misses are not completely lost to the rough or dribbling embarrassments off the tee box.  To sum it up, my best drives are 30 yards longer, and my worst drives are playable as opposed to morale crushing. 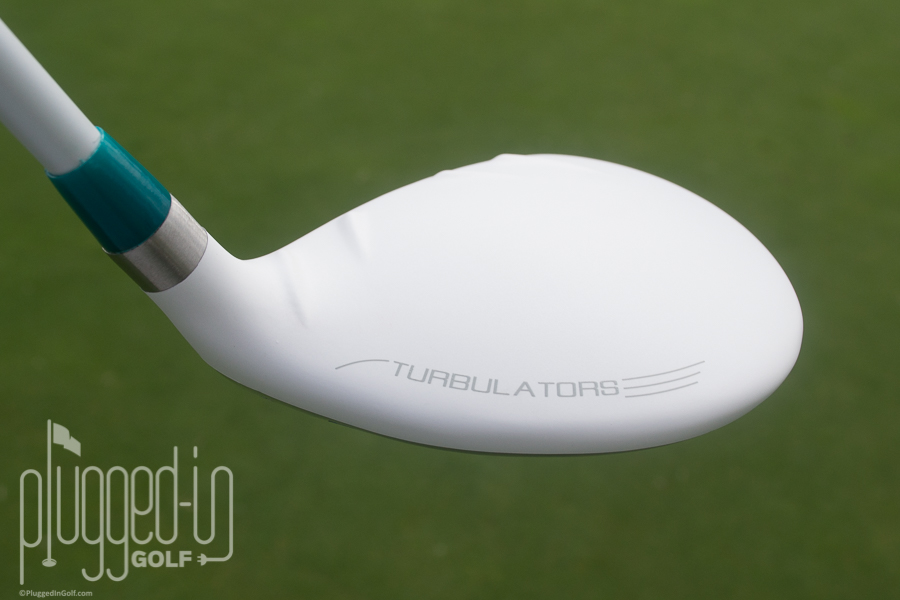 With my old set, I avoided the fairway wood like the plague.  To me, it was a miniature version of the driver that I was terrible at hitting.  In contrast, the PING Rhapsody 7W I was fitted for is my favorite club in the bag.

Hitting lucky number 7  feels like biting into a fresh apple or opening a can of soda.  The feel of the strike is crisp and pure, as though all of the force is efficiently transferred to the ball.  The results are phenomenal – long and straight.  I hit this club at least 10 times per round and am rarely disappointed. 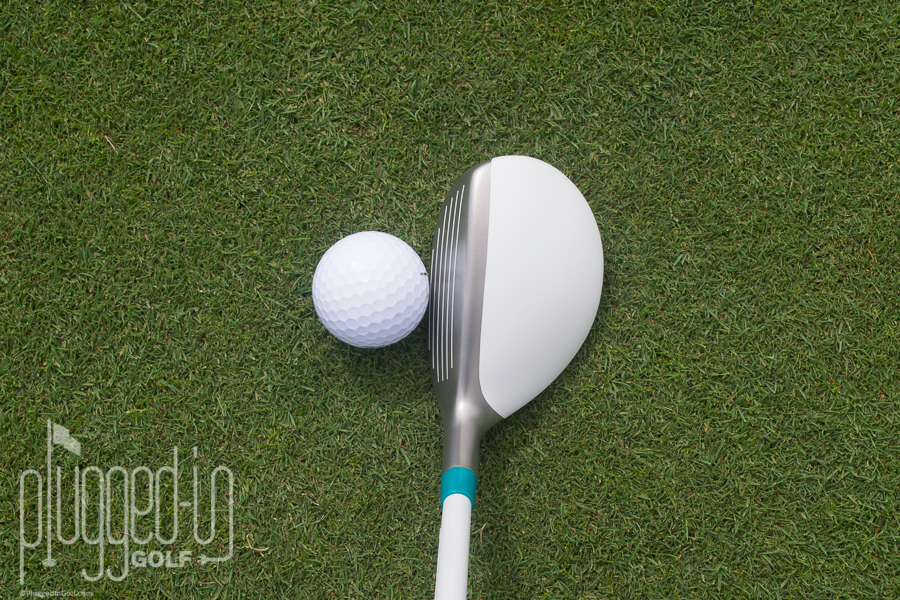 My old hybrid was hands down my favorite.  Now, my Rhapsody 5H is like a dwindling love affair.  It’s still an attractive option, and it shows up when called upon, but my heart now belongs to the 7W.  Like all the other clubs in the PING Rhapsody set, this club is consistent and forgiving, so if I have a change of heart, I’m sure it will still be around to take me back.

Despite having the same loft as my 7W, there is a sizable distance gap between the two clubs.  I think that can be chalked up to the smaller head and shorter shaft.  I never would have bought two clubs of the same loft on my own, so this really emphasizes the importance of my fitting. 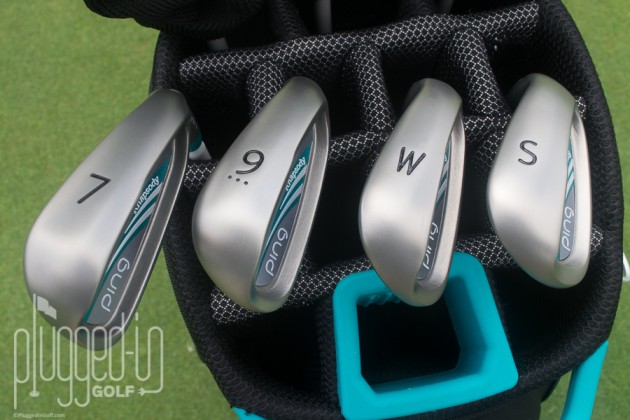 My short game has always been better than it deserves to be.  Some of that is luck, but some of it comes down to having a strong relationship with my shorter clubs.  Any time I went to the range, those clubs were my focus because they were more enjoyable to hit.  When I first played with my Rhapsody irons, that connection was missing.  Thankfully, it took only a few holes to learn what these new clubs can do.

The PING Rhapsody irons and wedges are great clubs that have excellent feel, and I hit some really beautiful shots with them.  As with the longer clubs, there’s a meaningful difference in distance between clubs.  I hit my 7 and 9 irons longer and more predictably than my old clubs which helped me to find more greens in regulation.  Perhaps the biggest upgrade is the sand wedge – after a small adjustment period, I’m getting out of every bunker in one swing. 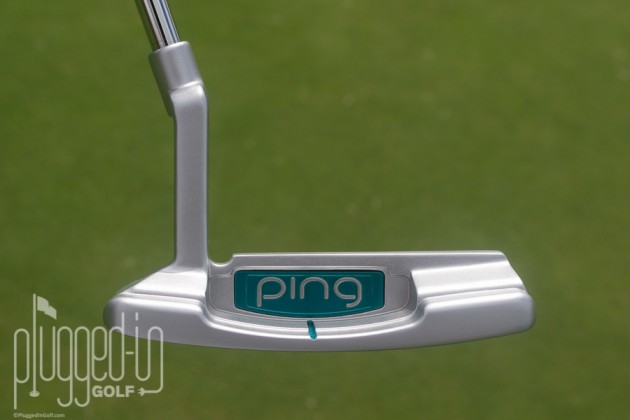 The data show it was more than a feel.  I won’t get into the various flaws in my research methodology, but I will say that on average I take about 25% fewer putts with my new putter.  Out with the old, in with the new! 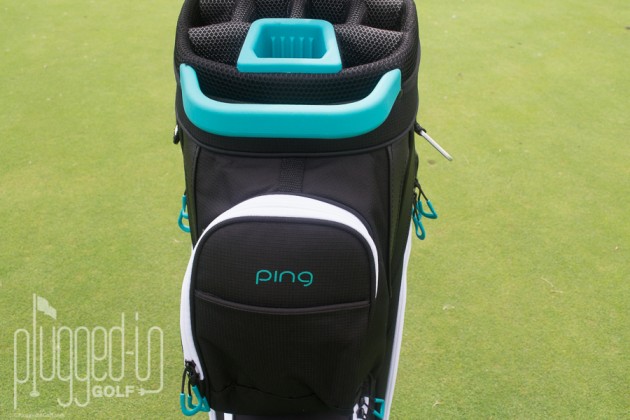 I love this bag.  Everything about it.  The color is feminine without screaming, “I’M A GIRL, AND I’M HERE TO LOOK GIRLY… and maybe play golf.”  The zipper pulls and the front handle have a nice grippy feel without being too rubbery.  The pockets are plentiful and they stay nicely collapsed so your bag isn’t too bulky unless you want it to be.  The best feature of all was the bag strap slot.  It’s actually behind the front pockets, so my bag is super secure, even when I go off-roading at high speeds (and who doesn’t?).

I’ll also mention here that I love the head covers.  There is a handle on them that is placed just right for easy removal, so you don’t have to experience the awkward struggle of taking off stubborn head covers.  #firstworldproblems

The PING Rhapsody clubs are game changing.  Fresh out of the gate after a long leave of absence, I am playing better than I ever have.  I have a bit of work to do with the irons and putter, but I trust 100% that these clubs will get me to where I want to be in all facets of my game.  So, grab your clubs and come join me in breaking 100!

Women's Golf Editor at Plugged In Golf
Lauren is an avid golfer, school psychologist, and graduate of Duke University. She lives in the cold, cold suburbs of Chicago with her husband and two daughters.