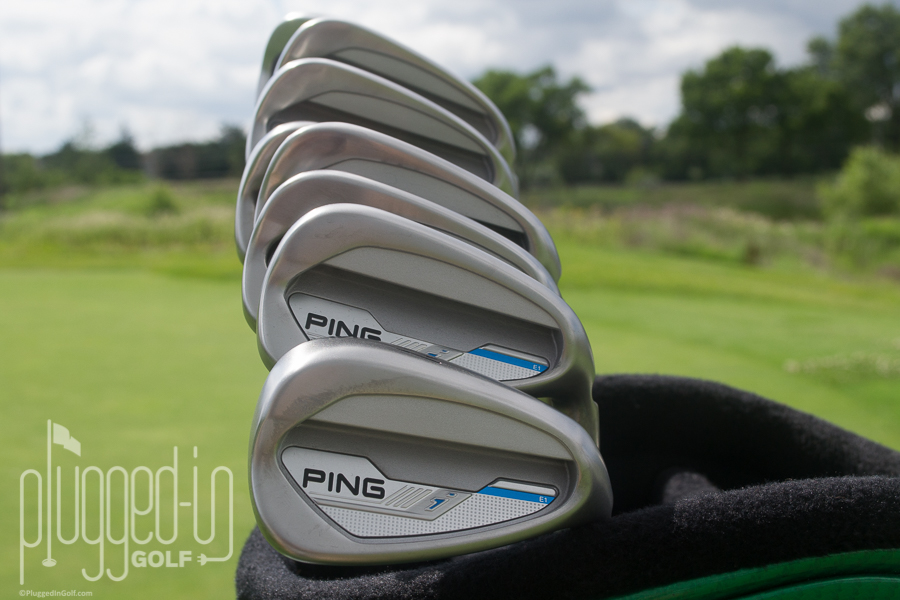 The PING i irons maintain the best elements of the i25 irons while upgrading the looks and feel.  A bit of added distance and numerous stock shaft options are great additions as well. 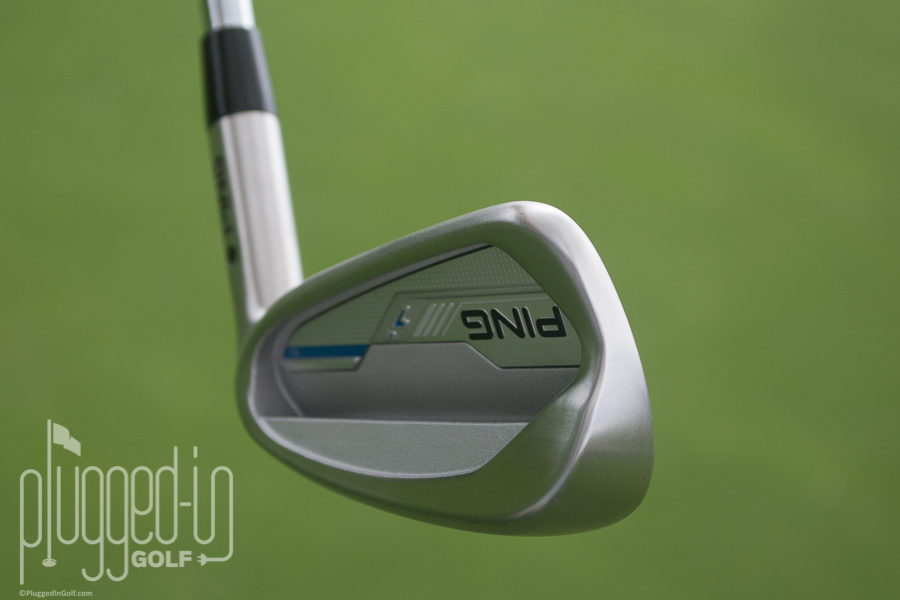 I’ve said this many times before: making a great product can be a burden.  When an iron is as good as the PING i25, following it up is a difficult task.  With the introduction of the i irons, PING has shown that they’re up to the challenge.  With upgrades to both the performance and subjective elements, this set will be sending many i25s to an early retirement. 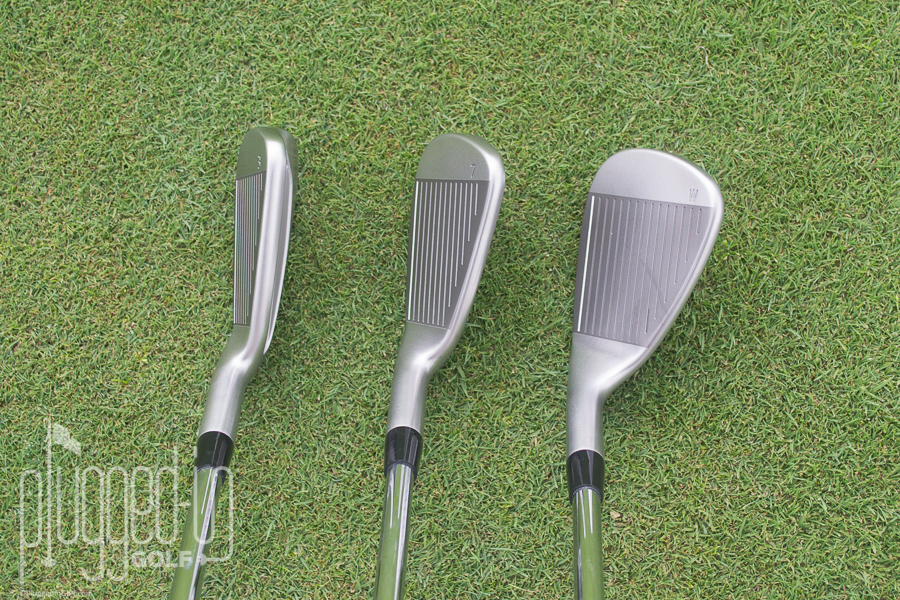 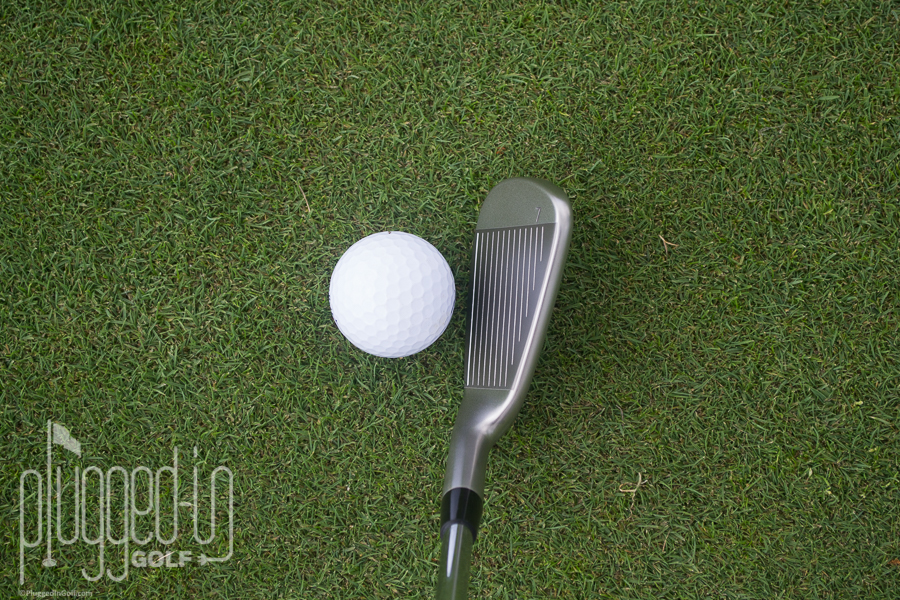 A glance would have you believe that the PING i irons are a clone of the i25’s, but a second look will reveal that there are many subtle but important differences.  Both irons share some key qualities: fairly minimal offset, a modest top line and sole, and an average blade length.

The i irons, however have numerous upgrades that give them a cleaner, more modern appearance.  First, the CTP (custom tuning port) is almost entirely hidden.  Additionally, the tungsten weight in the toe of the 3-7 irons has been blended almost to the point of invisibility.  The toe of the irons has also been squared up which results in the i irons looking a bit smaller from heel to toe.  Finally, it’s worth noting that the i irons have slightly less offset than the i25’s.  The difference is small – the biggest change is .03″ – but any reduction in offset is sure to please the traditionalists.

You can see numerous pictures comparing the i irons to the i25 in the slideshow at the bottom of the review. 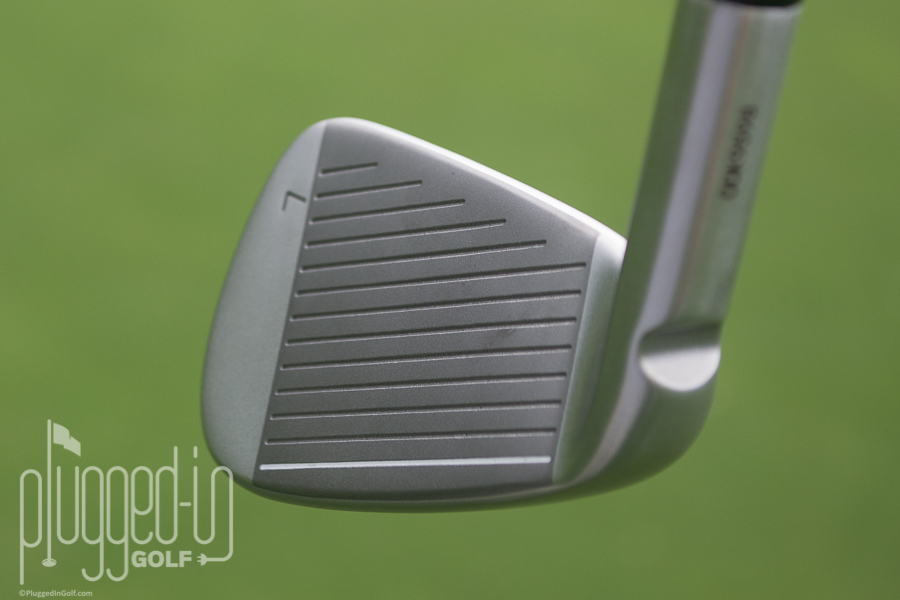 The thing I noticed after the very first ball I hit with a PING i iron is that they’re much softer than the i25 irons.  The reason isn’t hard to find: these are made of 431 stainless steel which is softer than the material used in the i25’s.  What I like is that these irons are soft without delving into the realm of feeling mushy or lacking feedback.  Though the i irons do have good forgiveness, you can still easily tell how each shot was struck.

One other interesting feel note to those switching from the i25 irons: the i irons are one swingweight heavier in the 3-9 irons (the wedges are still D2).  Most golfers won’t even notice this (I didn’t), but the swingweight obsessed will likely appreciate the added weight. 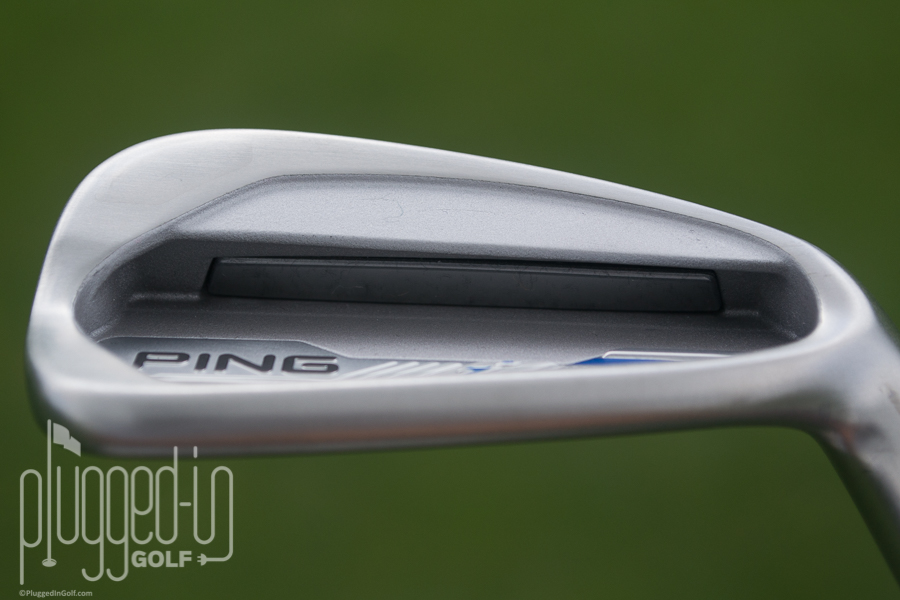 The reason that the i25 irons are loved by so many players is that they blend performance and forgiveness perfectly, and this is something PING has carried through to the i irons.  The MOI of the i irons matches the i25 meaning that shots hit toward the heel or toe still get great forgiveness.  I found that as long as I kept the ball on the grooves, the distance loss was minimal.

The other half of the i irons’ brilliance is in giving the better player the ability to control trajectory and shot shape.  Despite the forgiveness, it’s easy to flight the ball down or hit cuts and draws on request.

In extensive head-to-head launch monitor testing, I did discover that the stronger lofts (1 degree in the 3-PW) and longer shaft lengths (+0.25″ in the 3-9) resulted in the i irons being a bit longer than the i25s.  As someone who hits a fairly low ball to begin with, I only saw a gain of 2-3 yards, but players who hit it high may see slightly more.

One final upgrade that comes with the i irons is a big list of stock shaft choices.  PING has two proprietary options – the steel CFS Distance and the CFS Graphite.  Additionally, for no extra cost, you can get Dynamic Gold, Project X, True Temper XP 95, and the new Nippon Modus 105.  Make sure you work with a qualified fitter to find the best shaft option for your swing.

If you love your i25 irons but crave softer feel, a more refined look, or a bit more distance, the PING i irons are for you.  They have all the forgiveness that good players need, but still offer the control that they want.  You can expect to see plenty of these sets in play on every professional tour in the coming months.